In Interview with Nico Moreno 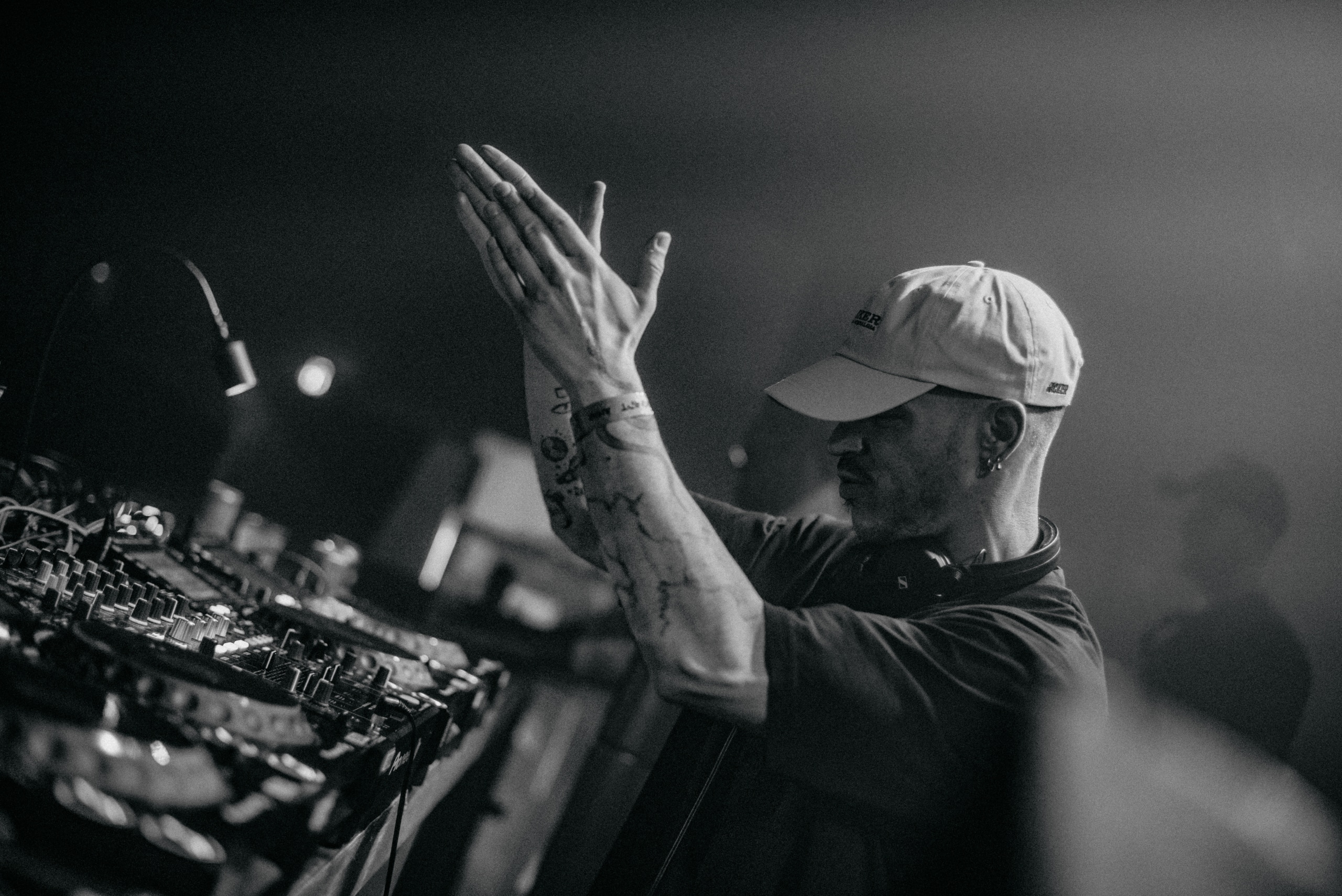 In Interview with Nico Moreno

Nico Moreno is undoubtedly one of today’s most in-demand techno DJ in circulations, selling out clubs and packing festival stages throughout Europe by the thousands.

Born in Caen, France, Nico Moreno is young, talented and hungry, having found his niche in industrial rave techno and now recognized as one of the most respected and sought-after artists in the scene. Although it appears that he has exploded into the scene almost overnight, the truth is that Nico’s success is thanks to his hard work in the studio for the past five years, churning out tracks characterized by fast techno basslines and precise, punching kicks.

Nico has yet to tour the States, but the time is finally approaching. 6AM caught up with him to learn more about his story and how Nico Moreno became the Nico Moreno we know today.

Hi Nico, thanks for taking the time to give us what we think is a rare interview. Where in the world are you today and is that where you live?

Hello, it’s a pleasure, thank you! I am currently in the city of Caen, in the Normandy region of France, where I have lived since birth.

In the past, you have not given many interviews.  Is there a reason for this?

I’ve done a few interviews in the past but nothing special, I don’t really think there’s a reason, I was more interested in working on my production and mixing technique rather than telling my life story, discretion is also important for me, but surely it’s time now, isn’t it?

I think our readers would like to know more about you and your life growing up.  Where did you grow up and what was your childhood like?

I grew up in Normandy, in the North/West of France “le Calvados”.

My childhood went very well, I was lucky to have a great family and great parents, I didn’t lack anything. I studied business to be an estate agent but at 16 I started to mix and I left everything after I graduated.

What were you passionate about as a child?

I have always been passionate about the Second World War, I live in Normandy, where the D-Day landings took place, which changed the course of the war considerably. I also played football for 10 years, a passion that many children carry in their hearts.

Did you listen to a lot of music growing up? What kind of music?

I listened to a lot of music with my parents, mainly funk, 80/90’s, my parents love to dance, it helps to accompany them at parties!

When did you discover electronic music?  Which artists did you like at the beginning?

I started late, I was 20/21 years old when I discovered techno, because from the age of 16 to 20 I was playing general music in several clubs in my area, mainly Trap / Us music.

I started like many I think with Drumcode techno. 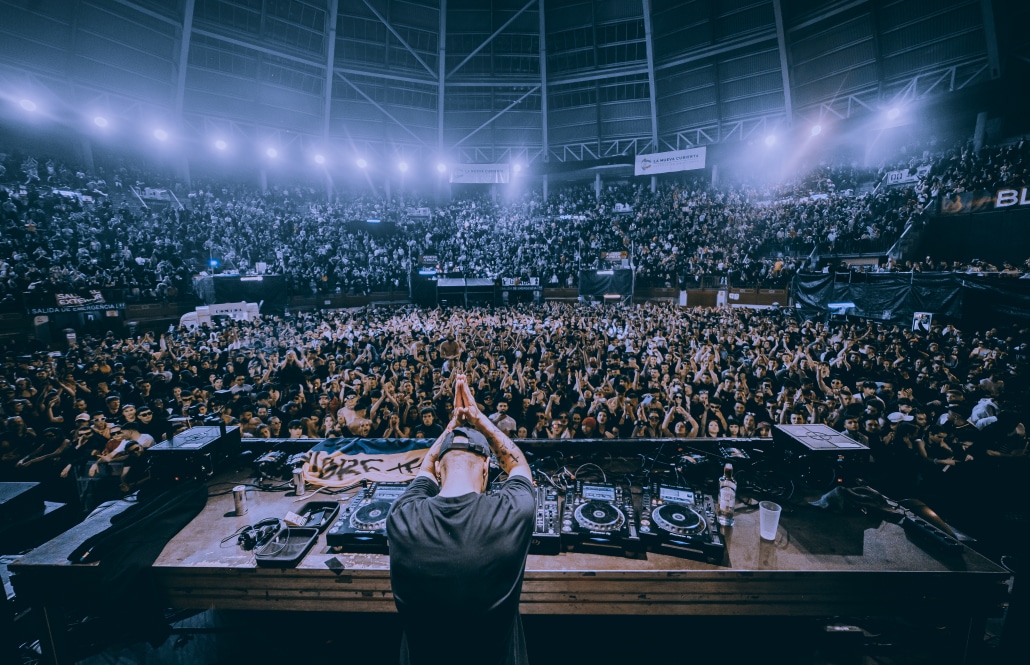 How did you fall in love with techno?  What were your first inspirations when you made it?

I fell directly in love with techno when I realised that my production sounded “techno” I really enjoyed making my first sounds which were really industrial more than drumcode by the way.

I was listening to a lot of industrial artists like Perc, Ansome, Rebekah etc…

You exploded pretty quickly, thanks to your productions and your crazy sets for sure.  What is the reason why you think you have succeeded and do you have any advice for young producers and aspiring DJs who hope to succeed one day?

I think I have succeeded in bringing “with other artists” a new movement to techno, mixing several styles like hard techno, indus, acid, gabber etc… I brought my universe of generalist Dj in my techno tracks and I liked it, I succeeded in touching an audience and I am very proud of that.

For the young producers I think that you have to really go after your dreams and not give up, you can’t have everything in your hands right away, don’t hesitate to send these promos to known artists so that they can play them and make you known through your tracks all over the world.

There’s nothing without work, and that’s paramount.

What was the hardest thing to deal with when life got so hectic with your touring schedule?

My personal life, managing to link families and relationships knowing that you are out of step with everyone else, but also managing my sleep which is the hardest thing for me.

Are there any difficulties you have been through that you would be willing to share with readers and aspiring artists to help them deal with similar situations in the future?

I had to do some very difficult jobs to make a living while still mixing weekends and producing, I think you have to make sacrifices, and not let go of your dream. It was very hard for me but you have to stay focused and tell yourself that you will make it!

Also I think you have to stay humble in this job, not to take the head, not to take part in anything like political issues, movements etc… and keep your private life “private”. This is very important for me.

What are the essentials that you MUST take with you on tour, no matter what?

The most important things are the USB sticks and my computer, the rest is superficial although it’s good to have a lot of clothes haha, along with good humour, we are lucky to be in this business!

You’ve played gigs all over Europe now, in the biggest clubs and festivals.  What have been some of your favourites?

Every night for me was meaningful and amazing, every night had its difference. To name a few, I’ve had favorites like Spazio 900 in Rome, Italy, Complex Maastricht in Eindhoven, The Netherlands, Riviera in Madrid, Spain but I could name dozens… 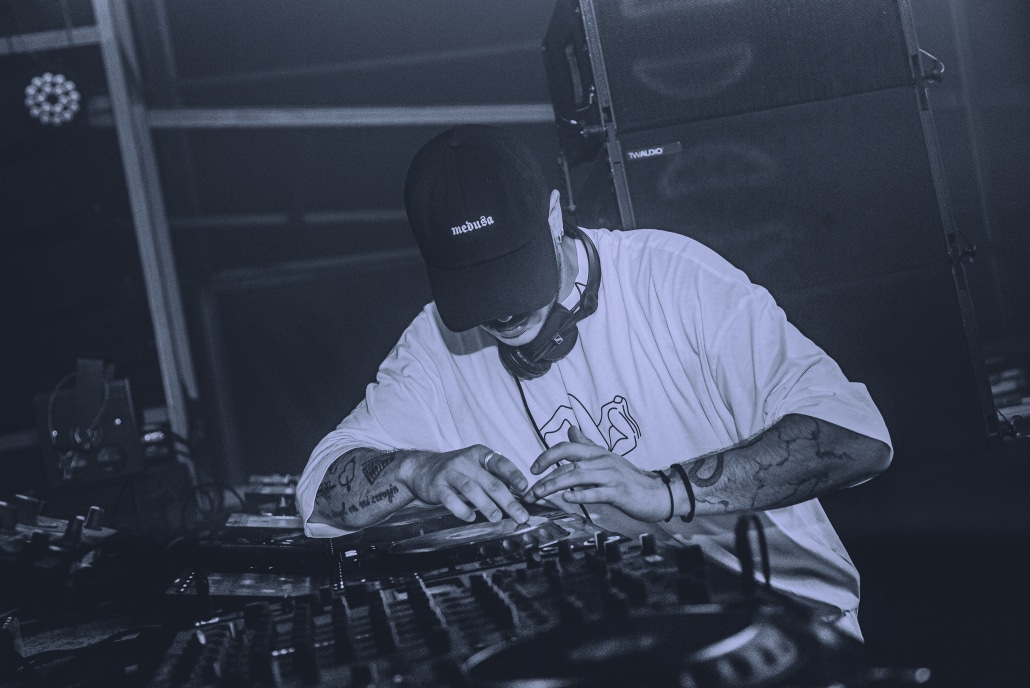 Doing 3 dates in 24 hours in 3 different countries, starting in the morning in Athens, Greece, then leaving in the afternoon to play in Munich, Germany and finishing in the evening in Fraga, Spain, it was crazy and not easy haha…

If you could play b2b with any artist in the world (that you haven’t done it yet), who would it be?

It’s a difficult question, because you have to find the right person for a back to back, which I’ve been doing very well with Dyen for some time and very recently with Klangkuenstler. But if I have to name an artist I would say Reiner Zonneveld, although he plays live I think we could have an incredible energy together.

You’ve already been booked to play in the US, but it hasn’t happened yet.  I know it’s coming soon, are you excited?

Have you ever been here before on holiday?  What do you think of the country and what do you expect from the concerts?

I’ve never been here before but it’s always been a dream to be able to visit this other part of the world. I’m just waiting to see people happy and enjoying my music as I live here in Europe that’s the main thing for me.