In Interview with Nico Morano

In Interview with Nico Morano

Nico Morano is considered to be one of the biggest names in the Belgian House music scene. Morano plays a minimum of 100 gigs a year in Belgium alone. His blend of deep, melodic house with a strong emotional touch has been picked up by many. He’s played at highly respected clubs such as La Rocca, Café D’Anvers, Fuse and Ampere to praised festivals such as Paradise City Festival or Tomorrowland where he’s hosting his own stage.

Internationally his sound is getting picked up as well, since he started releasing more regularly in 2018 with EP’s on labels like Selador, EIN2, Days Like Nights, Click Records or his own outlet Atmosphere Records. He received support for his latest tracks of names like Kölsch, Joris Voorn, Solomun, Sasha, Kevin De Vries, Frankey & Sandrino, etc.

2019 has undoubtedly been his best year yet with some crazy performances at Tomorrowland and Paradise City Festival over the Summer which was quickly followed up by his EP release alongside Tom Zeta on Katemukke imprint. Soon Nico will be unveiling his very first release on the soon-to-launch Ontourage label. Most recently Nico hosted the sixth Ontourage livestream which saw him feature at Liege’s St. Guillemins station, re-watch that here.

Hi Nico, great to speak with you today. Let’s start by asking how you are?

Feel like shit, summer is over! No joking… but to be honest, enough outdoor gigs for now! Craving some hot, sweaty winter clubbing nights!

It’s October, it’s been a busy period for you with your ongoing Ontourage shows, your latest release on Katemukke label and other performances. Tell us more about the release alongside Tom Zeta (Cortado / Ristretto).

One year ago I met Tom at ADE in Amsterdam. He came to me to ask if Atmosphere Records (my label) was interested in releasing some of his songs. So we got talking and after a while we got into daily Whatsapp calls talking about our morning routines and guess what: COFFEE!

So we have 2 things in common. We both love the black liquid and also melodic emotions. So it was just a matter of time to get into the studio together and produce this collaboration, recently released on Katermukke. Super happy with the end result.

This Summer you featured at Tomorrowland, hosting your very own stage. Something not many artists get to do ever, let alone at Tomorrowland. What was the highlight?

This was certainly one of the highlights. A day never to forget. I was asked to invite my ‘buddies’ to Belgium and so I did. Edu Imbernon, Eelke Kleijn, Jan Blomqvist, Animal Trainer, Tom Zeta, Timmerman & Denis Horvat.

I hosted the ‘core’ stage. This is for me, the most beautiful spot on the festival area. An atypical Tomorrowland corner, very cosy, hidden in the forest, for +/- 3000 people. Just a perfect day! 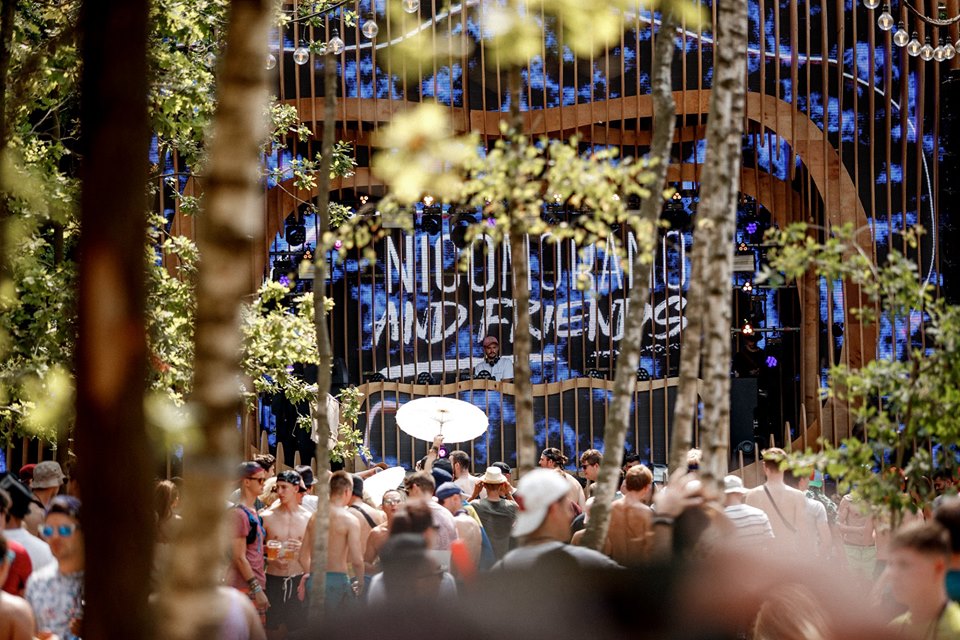 Is there any upcoming projects you can let us know about; your latest release very much excited us, ‘Ristretto’ is an awesome track!

Very exciting times ahead! Been spending a lot of time in my studio over the last few months. So this means, as an artist, you can’t wait to get your stuff OUT!

So the next few months keep your eyes and ears open! Solo projects, as well as collabs are coming up! I love to do diverse stuff, so don’t expect 10x the same thing.

But to be a little more specific. In November I will finally be happy that the first Ontourage record will be out. We launched this ‘brand’ into the market some months ago, throwing some parties on exclusive locations for a select number of fans. So now we will complete this story by adding releases under the Ontourage umbrella. Mark the agenda, release date: November 22nd, 2019!

ADE is just days away, where can we find you performing?

Yes, you can find me here:

We hear you are quite hands-on in the studio in recent times. Describe how you sit down in the studio to put together a track, what is your approach?

It all starts with a melody, jamming on my Prophet 6. Then adding some percussion with my Maschine or Roland SPD-SX and then… searching for a nice vocalist (if the track needs it)!

Where in the world would you most like to play shows, we know your demand in Belgium is huge. Do you now feel an international presence is starting to arrive?

Thanks to my track ‘Solaris’, released a few months ago on Days Like Nights, I do feel the demand is growing from outside of Belgium, which resulted in gigs abroad the Belgian borders, like Spain, Swiss, France. Argentina, please invite me asap! I get a lot of requests from that side of the world. I guess it is because they love the melodic side in my music/DJ sets. When I hear my friends like Eelke Kleijn talking about how epic the scene is over there, I think I’ve gotta be there! So dear Crobar… call me!

So let’s hope my future releases will conquer more hearts all over the globe and then who knows which promoter/country want to hear my sounds.