In Interview with Mule Driver 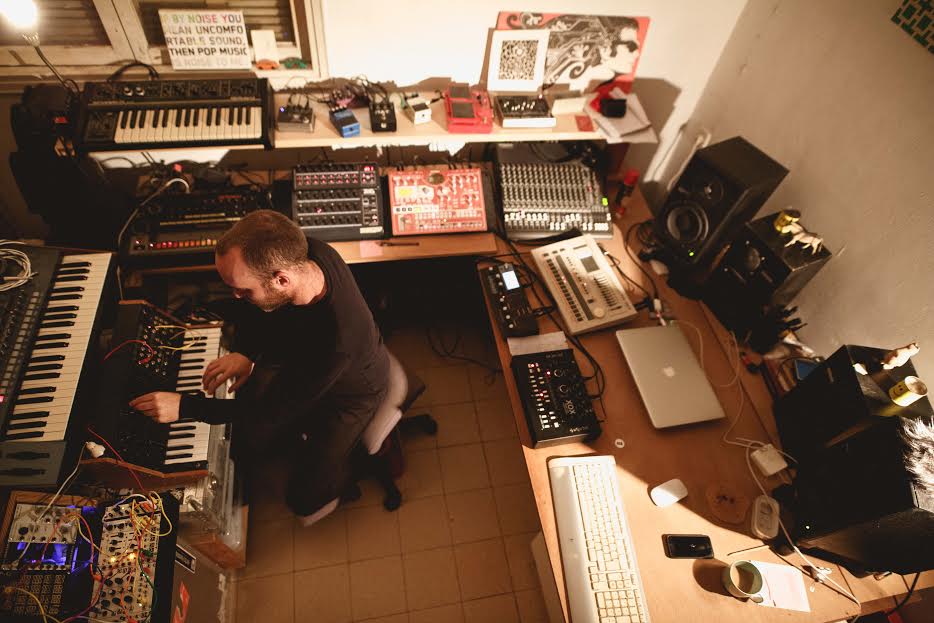 In Interview with Mule Driver

Hailing from Tel Aviv, pushing the limits of sound in electronic music is experienced producer and live performer, Mule Driver.

Spearheading the Confused Machines outlet, with some outstanding releases such as his forthcoming Rainshadow EP. An insight of his capabilities, spanning across tribal rhythms and curious techno.

Here is what went down when we recently caught up with him.

How are you, what’s good and bad in your world right now?

Hi, I’m good, chilling in my balcony which is pretty good and calm.

What’s good? I’m playing at Intergalactic FM festival in The Hague next weekend. It’s always exciting, I’m looking forward to meet the IFM family again and listen to everybody’s music. Besides, I’m very happy about my new release, It took me a while to put it out but I’ll get to it later.

What’s bad? – Things like the Israeli occupation, politics and global warming. It’s super bad. I won’t get to it but it shouldn’t be ignored

How did you first get into electronic music in Israel? Was it easy to access?

I got into electronic music at the end of the ’90s, first as a listener. I first got into very melodic electronic music (can be treated as IDM) and early electronics (BBC radiophonic workshop for ex). I was fascinated by the free spirit approach and by the sci-fi synths sounds. In high school, a friend gave me “Music for Airports” by Eno (I was into punk music at the time) and I didn’t know what to expect. What I heard made me curious about how it was made technically.

At that time there was one CD/record store in Jerusalem I used to visit a lot. The owner of the shop used to keep aside music he thought I would like, and slowly it expanded my boundaries. It was pre-social media time so this shop was very important to me. Around there I met many people who expanded my music knowledge and later also became musical partners on different levels.

Later on, I got into outdoors and underground parties (real ones, those who get busted by the police), where I started playing more danceable electronic music.

Around 2003 I came across the Cybernetic broadcasting system (later to become Intergalactic FM) which became a steady music source and later a community I became part of.

Tell us about your new EP on Confused Machines – what inspired it?

Rainshadow EP is different from the music I usually do under the Mule Driver project.

This EP holds tracks from different times, the oldest was recorded in 2009 and the newest in 2019. It started as an Abelton-based project when I tried to reduce the gear I take with me to live shows. It didn’t work by the way, I don’t enjoy playing live using a screen.

At the same time I was listening to a lot of tribal music, diverse tribes, from African rhythms to Arabic music, to basically everything that sounds traditional. I listened to all kinds of field recordings with minimal western and modern recording technics.

One time while having a day off at the dead sea, the deserted and out of place environment made me think about how music will sound in a post-apocalyptic world.

Electricity would be limited but would still exist, memory of techno music (which is kind of basic modern tribal music in my opinion) will have its signature, but there will be less quantized beats. These thoughts lead me to develop the Rainshadow tribe. and from time to time, with the right mood, I got back to it and recorded a track.

A few months ago my label partners – Spark O and Boris Fabrikant – suggested to put it out as an EP. We chose those 4 tracks out of the Rainshadow folder, and I decided to release it under Mule Driver name, it felt more natural.

Where do you start on a tune – always in the same place? Can you hear them in your head before you start?

It is rare that I hear a whole tune in my head. I sometimes can hear a part of a tune, and I try to record it or describe it in words till I’ll get to the studio and work on it. Most of the time a technical idea, or a sound I want to explore, and from working on it more ideas come and maybe a track is developed.

Many times I just turn on the machines and jam, starting from what the moment feels like and let it lead me on. These are the moments I enjoy most in the studio, even though they don’t always lead to a new track.

What is the hardest part about finishing a tune? Moving from loops to an arrangement or the mix down or what?

Since I usually start tracks from live jamming in the studio (by the way it can be live jamming with Abelton too), I get to a point where I have a long recording of a stereo track (although I can split tracks I somehow don’t do it enough – old habits are hard to kill). I then take this recording and edit it to a coherent track. I try to avoid the temptation to rerecord things again in multitrack and have the opportunity to properly mix it. So in a way, it is arranging the track but from an existing recording, but the real hard part is after the track is done, to believe in it and not to apologize.

Do you make tunes to play in your own DJ sets? Is there a relationship like that?

I usually play live, much more than Dj sets, so in that case, I do make tracks for my live shows, many of them never recorded.
But talking about Dj sets, I play my own tracks sometimes, but I never made a track especially to play in a specific set. I do sometimes finish tracks for a Dj set so I could play them in it. Some of the tracks in Rainshadow EP are ones me and my label partners played in sets, and people asked for these tracks. It definitely encouraged us to release them. 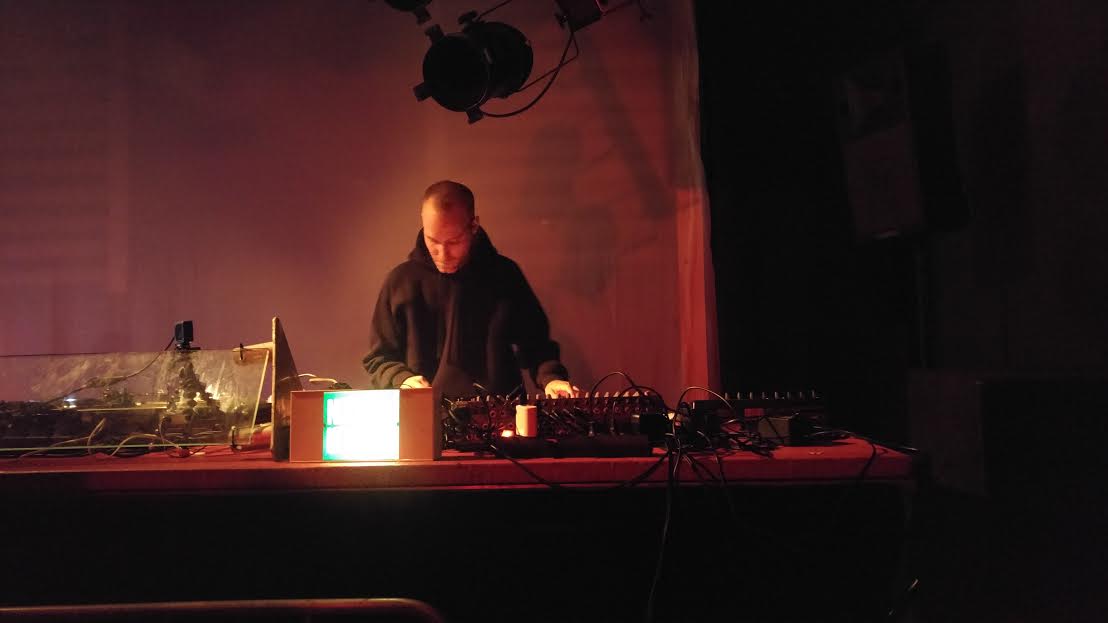 After more than ten years in the game, what lessons have you learnt about making and playing music?

Making and playing music is fun, and it has to stay this way in order for a musician to keep on going. I’m trying to make music from this point of view.

I realized that doing things alone is much harder, so I try working with people who are positive, supportive, active and inspiring. And I try to keep it alive all the time, even if it’s 15-30 minutes of playing in the studio every day.

The important thing in music is to get things done. Music, and art in general, is mostly a lot of work, and nobody else will do it for you.

How has your sound evolved in that time? And your taste?

I started from very melodic and naive electronic music. Over time I deserted the naive areas (although can still enjoy it). I tend to enjoy more dark and abstract music. I prefer music that feels true – less processed and produced and more live and raw, mainly in electronic music. I also really like field recordings.

My sound as well got rougher. When I started I could work on a mix for days, now I prefer the mixing part to be as short as possible. Generally, in the past few years, I feel that imperfection is important and makes the music more interesting.

How important is it that your music gets released on vinyl? And why?

I like it when my music gets released on a physical object, maybe it’s an old school approach but it feels real, so in a way, it is important to me. Saying this I really like buying music on band camp (vinyl and digital) – it’s very accessible, and the fact that money is going straight to the artist/label is satisfying.

What else have you got coming up/are you working on?

I recently finished working on the second album of Group Modular – a studio project by Markey Funk and myself, focusing on early electronics and library music. I hope the album will be released this year.

There are many tracks waiting to be released, hopefully, there will be another EP soon

Rainshadow EP is available on Deejay and Juno