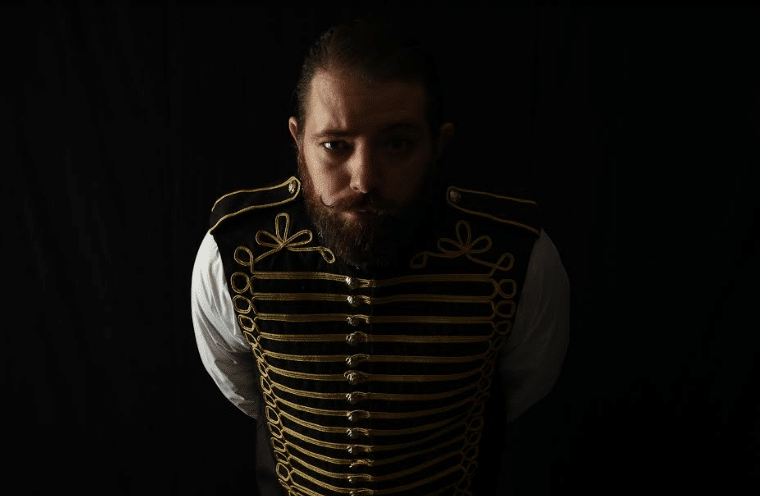 MiSinki, real name Mike Molokhia, is a London-born British producer. Signed to various labels for a plethora of genres, MiSinki is best known for his work within the Techno and Tech House arena.

Hey Mike, thanks for having a chat with us. You’ve got a new EP out at the minute “We came here to chill” could you tell us a little bit about the process behind the making of the EP?

Hey! Really glad to talk to you guys! Thanks For having me.

Absolutely. This EP was one of those creative processes where everything just lined up and took point. With Rotate, I knew I wanted to make a record that had character. Essentially, I wanted a record that had that interactivity and engagement with the listener. The vocal was the priority and everything just fell into place around it. I’m a big fan of giving music some character and hopefully I achieved that with this one. ‘We come to chill’ was a little different. The tight driving pluck lead was the focus and I wanted the groove of it to reflect throughout the entire arrangement.

With a back catalogue ranging through various genres is there a certain sound you lean towards production wise or is it dependent on how you feel at the start of a new EP?

If got fingers in pies! That’s for sure! But my main focus is Techno. I have always leaned toward the darker side of music. There’s a real beauty in the shadows and textures of Techno. It’s something that I’m yet to find in other genres. The same can be said with tech house. The deciding factor for me when it comes to putting an EP together generally revolves around momentum at the time. So, if I’ve got a bunch of techno shows lined up, my production focus tends to lean that way. Again, the same goes for tech house. It also depends on whether or not I have follow up EP’s to consider. The truth be told – I just love making music!

Is there one release you’ve put out you felt was slept on, or one your most proud of creating?

I’m always so humbled and proud when I release records. But essentially, what gives me most joy is to see and hear the reactions of the wonderful tech house and techno community. When I get feedback to tell me how dope they feel my music to be it really makes my millennium! This happened very recently when I released ‘Bounce ‘n’ Shake’ on Wonderlust. The response in Europe especially was fantastic! It’s an amazing feeling to hear crowds of people singing the words to your record back to you! Very proud moment indeed!

How do you feel about the Tech House scene at present?

Tech house is – in my opinion – healthier than its possibly ever been right now with the efforts of some absolutely fantastic producers out there such as Mark Knight, Jamie Jones, Camel Phat and Green Velvet. The nationals are including tech house records into the daytime playlists which gives the scene a huge boost in terms of exposure. I’m a fan of tech music and I want nothing but the best for the scene. More listeners means more ravers. Keeping this scene healthy is the responsibility of us all. It’s a very exciting time to be around this scene!

Fresh into 2019 – do you have any new years resolutions, musically speaking?

Haha! New year, new me and all that!

There’s a couple of things that I defiantly want to be focusing on for 2019 joking aside. I recently moved from virtual instruments to analog hardware so one of the major changes is going to be some added warmth to my records that I couldn’t get with VST’s without sampling analog. I am in very dangerous territory with it however as you can literally bankrupt yourself with hardware addiction! A friend recently told me that the ideal number of synthesizers to own are the ones you already have, plus one more! Never a truer word spoken!

I’ve got around 10 -15 EP’s already signed for release across a whole bunch of great labels like Reload Records, Black Square Recordings, Wanderlust, Electronica Exposed, Aerotek and a bunch more. Then I’ve got 2 LPs that are due for release. The first is scheduled for 1st March and is entitled ‘Reset’. That’s going to be released on Puchero Records, which is run by the Costa Rican Techno queen herself, Meli Rodriguez. That’s going to be supported by an album launch party at club Vertigo in San Jose with date to be confirmed.

The second Album is due for release on 6th May entitled ‘Volitile’ and it’s coming out on a label out of New York City called De-Konstrukt. Some shows in the US are also in the mix.

Another exciting announcement and this is an exclusive for you guys at 6AM, is that I will be starting my own techno radio show in Feb! It will be on alternate Friday nights on house 559 radio and I’m super excited! A buddy of mine, Daddy Russell also hosts a very fine show there and it’s a fantastic opportunity for me to play and showcase music that sometimes gets a little lost in the sea of records that come out monthly on Beatport. There is so much in the way of incredible music that never makes it into the charts so my focus with this show is to get some of that music out there for people to enjoy.