In Interview with Michal Jablonski 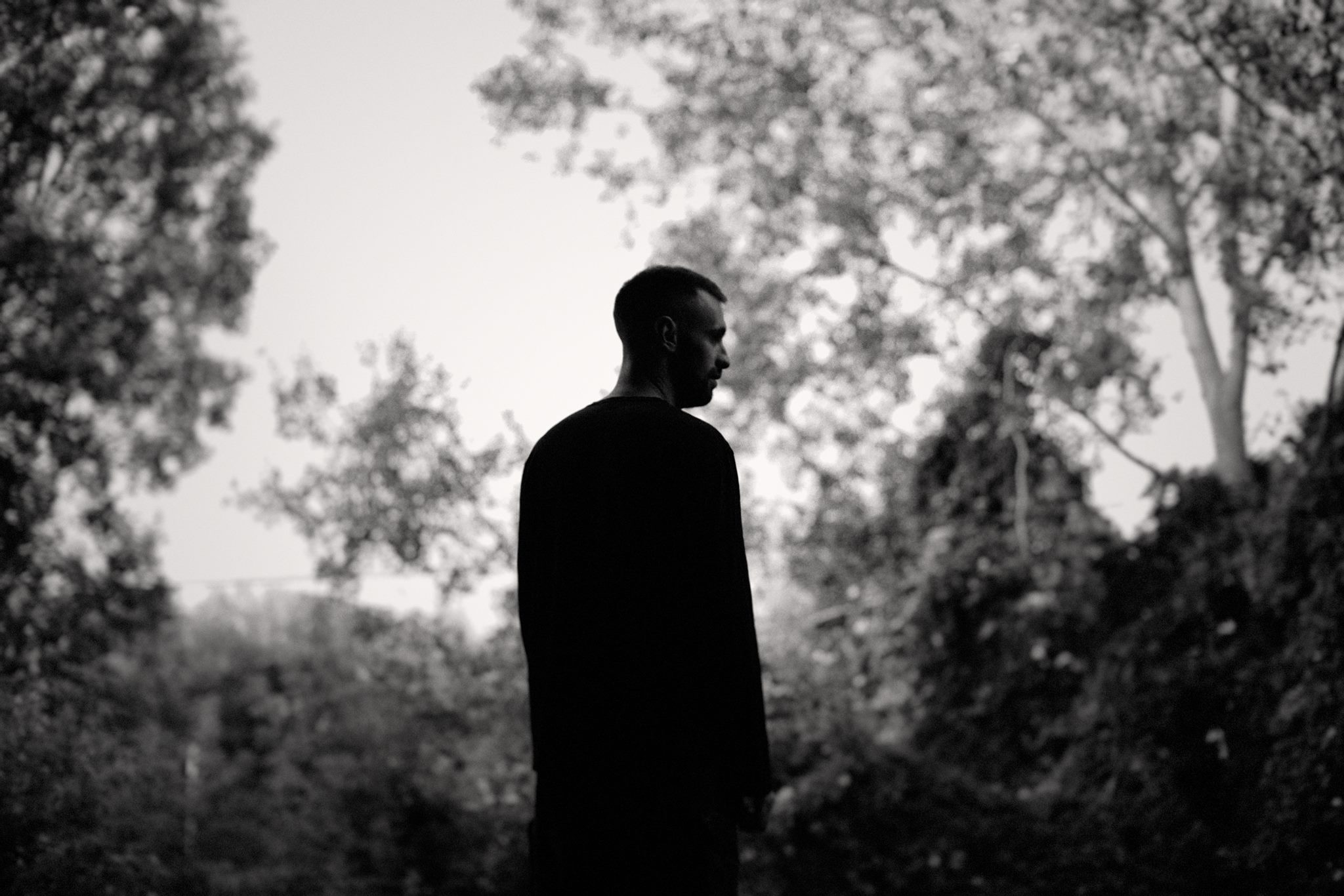 In Interview with Michal Jablonski

On March 25th Polish producer/DJ Michal Jablonski contributed the 205th mix for our now-weekly Global Vibe Radio series. The interview in this article was meant to accompany that mix, but then we found ourselves in the middle of a global Coronavirus COVID-19 pandemic. Things got hectic for everyone including Michal, who had to take measures to ensure he could quarantine safely.

Luckily, we were able to publish the mix on time while we waited for the interview. “Better late than never” as they say, right?

Enjoy the interview below, and don’t forget to press play and listen to the mix too!

Thank you for the mix Michal! Where did you put this one together and using what?

Thank you for having me! To be honest, I’m not one of those people who carefully prepare for a podcast for a long time. I usually get to it 1-2 days earlier and play what I currently “feel”.

The podcast was recorded using Ableton Live and midi controllers. This is the most convenient option for me, because there is no limit – I mean I can juggle tracks with no limit.

What was your mood when working on the mix and what do you hope it conveys to listeners?

This mix is something that I’ve been thinking about for a long time. It’s kind of a tribute to my background. Back to the techno I started with. I am a huge fan of all artists whose tracks were in the set. Jeff Mills, Staffan Linzatti, Mark Storm … Each track is like a journey into space. I love this simplicity, this minimalism. “Less is more.”

Is this in any way a reflection of what you play in your gigs right now?

I think my sets and productions sound rather different than this podcast. This podcast is like a deep journey for me. During performances in clubs I play harder, sometimes faster (about 135-136 bpm). I play music that I would like to wildly dance to. Usually there is a lot of off-beat and experimental techno, which I love! I intertwine broken, heavy and raw sounds with strictly 4×4.

How many of your tracks, if any, do we find in there?

There are two my new tracks inside. Each of them will be released very soon!

Any other standout tracks we should keep an ear open for?

All of them are special!

I read that your love for vinyl was the original catalyst for your foray into techno. What was the first record you ever bought? Do you remember?

Yes, of course! I think everyone remembers the moment when they bought their first record. ☺ I spent a lot of time in the store. It was a very important moment for me.

What is about vinyl records that intrigued you?

Everything. Every second on the black record is a celebration. This is why we still release vinyl records in a fully digitized world and every producer dreams of having their productions on 12 “. It fascinated me. Especially many years ago, when I was discovering electronic music, clubs, the first mixed records, crackling.

How many do you own now? Any prized possessions?

I used to have a lot of records. There were no CD players as good as now. Playing required a large collection. It was hard to deal with it with the pocket of a 14-year-old haha. Later, when I started producing, I sold most of the records. I have kept some of the most valuable – including some records of Jeff Mills AXIS label.

Currently in my collection there are mainly records by my friends, acquaintances whom I value and support. Some off-beat bars or positions with film music, such as the soundtrack from the series “Dark” by Ben Frost.

Let’s talk about your own production and sound. What inspires you in the studio these days?

I have always been inspired by computer games (what can be seen by the names of my tracks and EPs, e.g. Gray Fox). I consider computer games to be the most beautiful art nowadays – plots, graphics, music like in the best cinema productions. This inspiration has been following me since I was a child.

Whether I want it or not – my favorite artists also influence my music. That’s how the subconscious works. My inspiration is my friend VSK, Headless Horseman, Kwartz or the master mentioned above – Jeff Mills. I also get a lot from pioneers of the good old off-beat techno: Takaaki Itoh, Jeroen Liebregts, Surgeon, Loktibrada / olga + jozef.

Techno is underground one of its various phases right now, and it seems that the ravier, higher-BPM sound is more prevalent than it has ever been since the ’90s at least. How would you characterize your sound and do you feel it has changed in the last several years in any direction?

When I started playing with music creation programs, there weren’t a lot of choices. So the style was what it was… My first DAW was on PSX and was called MUSIC 2000, then I jumped to Magix Music Maker. Then I could paste other tracks, create my own beats and it all oscillated around DANCE music :D In 2003 I went to the club for the first time and the next day I was armed with TRAKTOR and another DAW – FRUITY LOOPS. Electronic music fascinated me right away. In 2003 I mainly listened to Hard Techno and Schranz, but always there was tribal techno too. The longer I listened to electronic music, the more I discovered and created.

Currently I’m composing a lot of ambient music, this year I’m releasing 3 albums. In addition, I am returning to dub-techno lately. And as usual, I am accompanied by techno 4×4, off-beat techno, scfi techno, or if you prefer – minimal techno.

In your career you’ve fluctuated from doing Live performances and then back to DJ sets. Do you have a preference today, and why?

Live act is exposing myself. By playing my music, I express myself in one hundred percent. However, playing often, it’s difficult to prepare new material every weekend, and playing the same stuff is boring. That’s why I started playing hybrid sets using Ableton, where I mix my productions, loops with the music of other artists. This gives me a lot of fun and unlimited possibilities.

It is hard to compare these two ways. Each of them brings out different emotions.

I know you’re from Poland. and have been active with the local scene there for years. Can you describe to us how the scene is in your home country, and tell us perhaps about the great promoters, parties and producers out there doing good things?

In recent years techno music has become very popular in Poland. What has its good and bad sides. Unfortunately, techno has pushed other music genres aside and it’s hard to find a nice party with drum and bass, dub techno or dubstep. I also think that some time ago young local artists were more appreciated. Now, headliner for sky-high fees means a lot. Of course this is not the rule. There are clubs and promoters who smuggle pearls into the club world. Some part of the audience is looking for unique things, they want to discover, and another listen to the hundredth set from Beatport hits. It’s natural.

There are a lot of interesting projects, such as SLAP, which a few years ago did techno-revolution in Wrocław, the last 48/49/50 hours project organized by 999 club and Polish producers like Blazej Malinowski, Michal Wolski or Szmer (my friend who’s gaining more and more attention!). I could talk and talk about it…

What can we find you doing when you’re not working on music or touring?

In addition to club music, there are slightly more commercial productions, for example for movies or teasers. I also deal with graphics and animation. I’m still learning, the list of my passions is endless. And whenever I have time for myself – I play computer games.

Do you have any pets?

Of course. I love animals more than people. I have two cats – Zyza and Kitek. For the time of isolation, we locked ourselves in a country house, where we also have a dog.

What is the best place you’ve gone on vacation too and why?

In the future I would like to go to the Zone 51 gateway to Nevada because I have been very interested in space and UFO topics since I was a child!

I would like to visit all of Asia too. I have already visited some cities in China and Taiwan during my 3-week Asia tour last year. Asia has interested me since I was a child, my grandfather who traveled a lot in business, told me great stories about this continent. Architecture, atmosphere, art, food, technology and anime, which I am a big fan of.

I hope that these dreams will come true soon.