In Interview with Measure Divide 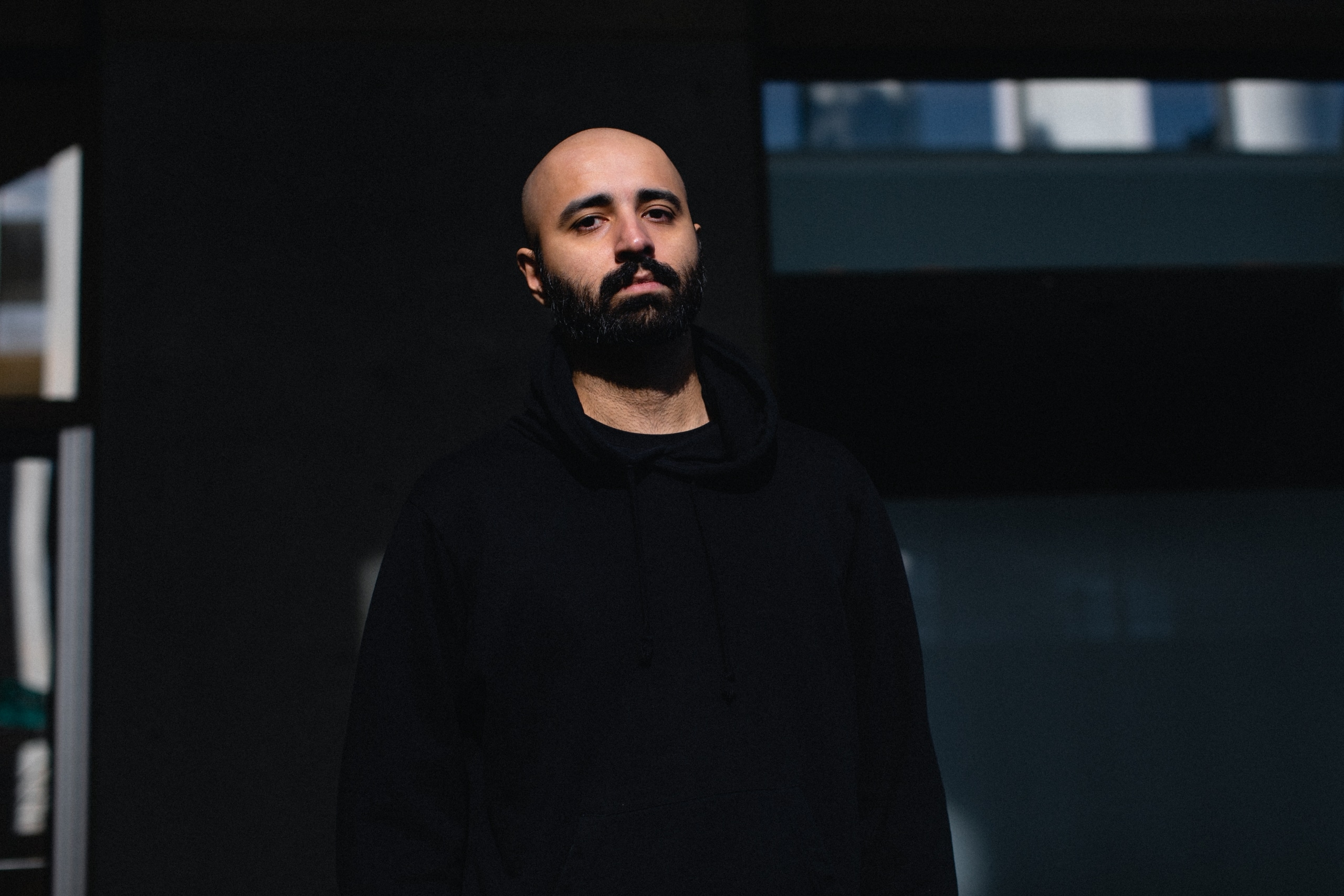 In Interview with Measure Divide

After a 5 year hiatus, 2021 saw the return of Measure Divide with a new record release on Cleric’s formidable Clergy imprint, titled Green Parallel.

His commitment to finding new and innovative techniques in the studio led him to venture out on his own and implement an altered approach. His productions bounce between the realm of techno, industrial and post-punk.

In 2013, he founded an events brand under the name of Format in order to showcase forward thinking international artists and mold the future sound of Toronto.

His incredible dedication and hard work has seen him perform in some of the finest institutions in the techno landscape including Berghain, Tresor, Under Club and Stereo.

We caught up with Fahad to talk about the milestone release, what his life has been like during lockdown and what is on the horizon for him as an artist.

Hi Fahad, great getting to talk to you as it’s been a while. How have you been through this past strange roller coaster year?

Hey Marco! Yes it’s been a while. I’ve been doing well, keeping my head down. It’s been a year of many challenges for everyone, happy to share that I’m still alive and very much productive.

A lot of people focus on the negatives, and I can understand why, but what are some of the positives that have come out of this pandemic and lockdown for you both personally and as an artist?

On a personal level this lockdown has given me a chance to clear my mind of many distractions and focus on self growth.

As an artist, it’s been refreshing to have extra time where I can spend almost every weekend in the studio diving into new sounds and ideas. Something I never really had the chance to fully immerse myself into previously.

Well one of these positives is your first full solo EP in 5 years, which is out now on Clergy! Congratulations! First obvious question I got to ask is, why the 5 year wait?

Thank you. To be honest, I didn’t really realize it myself until I received the release date from the label. That’s when I looked back at my discography and it hit me, crazy how time flies.

The reason for the extended hiatus was to focus on a side project (named, MDD) that allowed me to creatively work on more rhythmic noise, punk and industrial elements.

Juggling the demanding release schedule for that project along with organizing a relatively high number of events in Toronto plus DJ-ing left me with little-to-no time to commit to my solo recordings with an inspired mind.

Second question is… what prompted, inspired and motivated you in the studio for this emphatic return?

These tracks were recorded in December 2019 pre-lockdown.

Leading up to it, the shows we were putting up were getting louder, sweatier, busier. I would often throw down a set at these events and the energy from these warehouse jams is what transpired me to get back to the studio and work on my own music again. There was no plan or certain idea, it was just a natural outcome of what I was feeling at the time. All in all, it’s a club record. Which is ironic as most clubs are still closed during this time.

Clergy is undoubtedly a fantastic label, one I am personally a huge fan of. What does it mean for you as an artist to release on it?

I’ve been following this imprint since its inception and always played and admired their releases. The artist running the label, Cleric, is one gem of a person who is super supportive of my output and equally as enthusiastic as me for this release, which makes it even more special to be a part of this tight-knit roster. Needless to say, I’m extremely grateful to be a part of it.

What do you hope the EP communicates to listeners and dancers?

I hope it drives back some energy and gives the listeners a chance to reminisce until our spaces are open again. These tunes require that extra stack of subs, so hopefully we get to hear them in their intended environment soon. 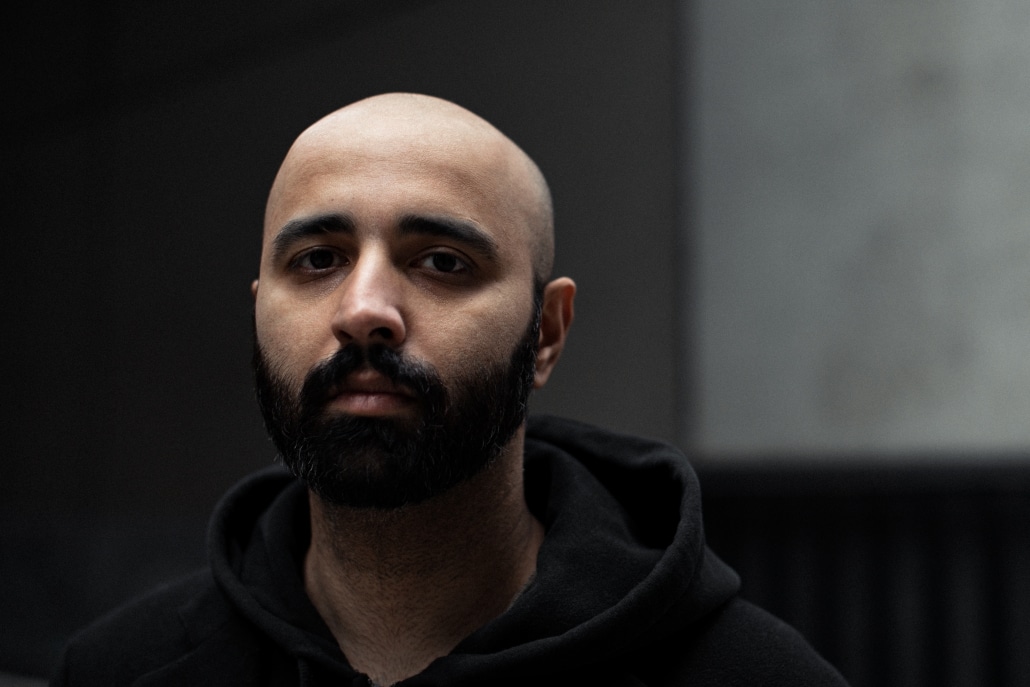 Do you have any other releases lined up now that you’re effectively “back”?

I can’t publicly disclose details yet on what’s next. I have, however, amassed a rather large volume of unreleased material during this period. Rest assured there will be more coming from my end.

By the way how are things going in Canada in terms of you getting back to gigs and such?

It’s been rough up here. There’s been a lot of closures of several venues already, which is heartbreaking and takes its toll on all of us in this industry. Canada is also slower when it comes to vaccine rollouts. The target here is for late-September for a safe reopening of the nightlife sector from what I heard last. In terms of future planning, I’m presently looking at gigs and offers for November onwards. Hopefully by then, we’re allowed to have a safe return.

What are you doing in your spare time when not working on music? Did you pick up any new hobbies or passions during lockdown months?

Not too much spare time just yet as luckily I did manage to hold on to my day job that soaks up my weekdays. While the majority of the weekend is dedicated to studio time.

What is one change you hope occurs in our scene/industry once we fully reopen?

There are several that come to mind but if I had to pick one it would be the growth of a stronger local scene and more support for one another. In my opinion, the headliner culture needs to be diluted. Every city I’ve had a chance to perform over the years has an incredible pool of local talent that deserve the opportunity to shine.

Specially after this terrible time, it is these hidden gems that I see putting the most work into their craft. Support your local artists. They are the pulse of your scene.

And last Q: Can you share one thing most people don’t know about you?

Answer: Most do not know that when I’m not working on my own music, I’m usually doing sound design and music composition for children’s animation and toy advertisements. It’s quite the aural palette cleanser.