In Interview with Mark Dekoda 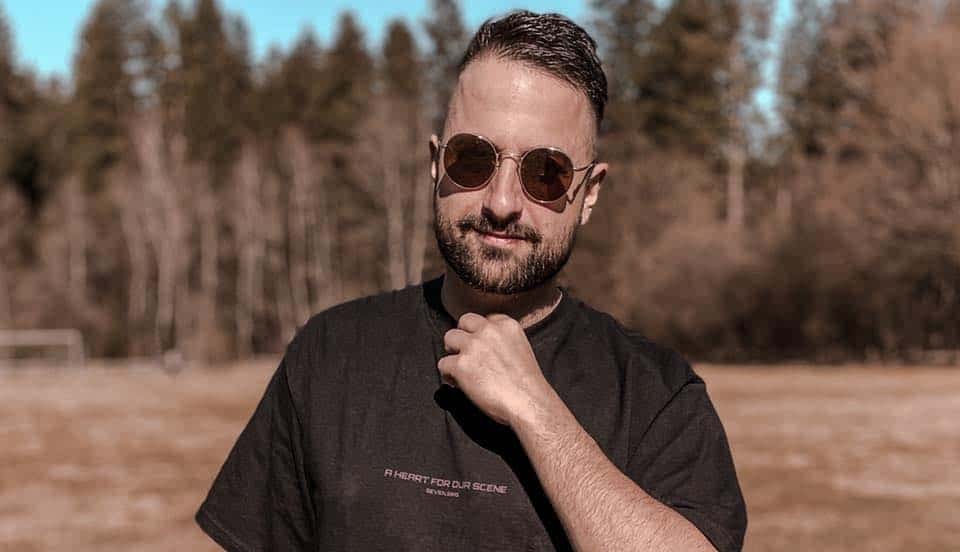 In Interview with Mark Dekoda

Marko Meingast, better known as Mark Dekoda, was born 1987 in Munich, Germany. Mark is humble about his position as one of the worldwide leading artists in the electronic music industry.

He promotes taking time to make quality tracks as opposed to pushing out remix after remix like a lot of mainstream electronic artists and his tracks are getting more and more dynamic with every release. It seems to be working well for him as with his live performances all around the world.

Munich star DJ and Producer Mark Dekoda will release his debut album titled Between Reality And Darkness as a fan box with CD, fan bag, bandana (his trademark) and autograph card on August 31st.

The album has been available for pre-order since July 20th and has already landed on Amazon before Scooter and Fritz Kalkbrenner at number 1 of the bestsellers list. Mark has already played in 12 countries (Australia, Finland, Indonesia, South Africa, Colombia, Mexico, France, Spain and Hungary) and has had 9.5 million streams on Spotify last year, so stay tuned for the album and read on for our exclusive interview with him.

Mark, first of all, my congratulations with your debut album. Tell us more about it, your emotions and thoughts when you created it.

Well, first of all, and also from my side: thanks for having me on board. As you already recognized “Between Reality and Darkness” is my first album and I’m really proud of that. It includes 12 tracks and 6 featuring artists such as Droplex, Vanessa Sukowski, Gizmo&Mac, Drumcomplex, Sound&Temper and Kati Winter. The main genre is Techno but every listener can hear the special “Mark Dekoda note” in every track. In the German-speaking countries, you are able to buy it as CD and a special limited Fanbox with some goodies included.

It took around a year to finalise the Album as I wanted to envision it and now I’m one hundred percent satisfied with it. The Album cover is made by an Indonesian tattoo artist and the final graphics from Alexander Nees, a really talented designer and friend of mine. On the whole, it was a really great time to work on it and as I told you before I’m really proud.

2020 has become very productive for you for the top industry awards: 1st place in the techno charts at Amazon (07/2020). Tell us more about it.

It was on the second day after the release and I received a message from Simon, one of my two managers from Bassgeflüster Booking. He told me that my album reached the first place on Amazon’s bestseller charts and I was really surprised and happy about that! I have a very good relationship to my fans and community and that’s why we made this happen.

You have 9.5 million listens on Spotify, an incredible amount, wow! Tell more about the
importance of Spotify for you?

Spotify is the biggest streaming platform of all time, my listeners there are rising day by day and that is making me very proud. At the beginning of my career, I never expected that this would happen one day but yes, on average 310 thousand listeners per month is a great number for me and I can’t wait to see that number rising after my album release.

Mark, you played underground trance progressive music, what changed your direction into techno in 2019?

Actually, my older style was called Minimal-Bounce with a progressive touch in it. My love to that kind of style never stopped but my passion and fascination for Techno is even bigger. For me, Techno is a much more structured and complex then my old genre, that’s why I’ve chosen Techno for my album but you can still hear the influences of my old music in some of my newer tracks. It’s a balanced mix between everything and I think that’s the reason why you can hear the difference between other artist’s tracks and mine.

You played at a lot of various festivals and clubs around the world on multiple continents,
what was the biggest audience you performed in front of?

One of the biggest was in Bogota, Mexico City and also Melbourne, Australia but every club show and festival is something special for me. It doesn’t matter how many people are standing in front of you, it’s all about the passion and energy on the dance floor.

Are there any DJs that have inspired and influenced you in your career?

One of my biggest influences and at the same time one of my closest friends is Droplex. His comprehension of music helps me a lot and I get inspired with every one of his productions he’s releasing. I’m very happy to have some collaborations with him and have him join me on my album.

People have always gone through various trials and difficulties, ups and downs. What was the biggest challenge in your life and how did you overcome it?

The death of my grandmother, grandfather and uncle. They died really close to each other and I was in a deep hole at this time. You know, music helps me always to go through difficult times but that stroke of fate was really hard for me.

Do you have any quirks or rituals before your going out on stage?

Yes, I’m always drunk as fuck before I go on stage… Just kidding! I really love to have some drinks before my playtime starts, that helps me a little bit to get more relaxed and I’m on the same level of some of the people on the dance floor. And I wear always a bandana around my hand which was a gift from my first tour manager in Australia.

What three words would you use to describe yourself?

What are you doing now and what news can I expect from you?

I’m here at my studio and you can expect a lot of new tracks, new gigs all around the world, new projects, more passion and love to the music. As soon as this virus thing will stop of course, that’s the most annoying thing right now…

Between Reality And Darkness is available for pre-order on Amazon

Ge the Between Reality And Darkness Limited Edition Fanbox HERE