In Interview with Marco Bailey 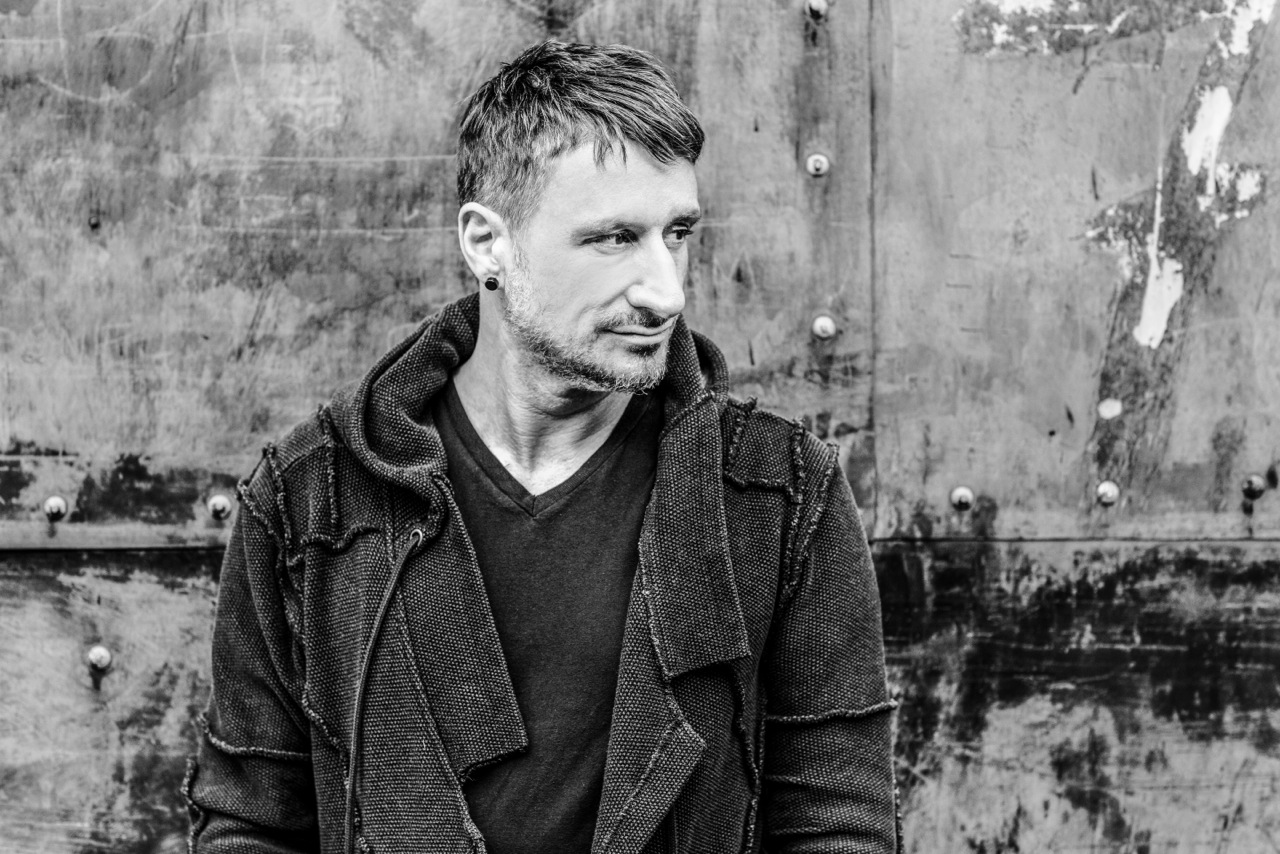 In Interview with Marco Bailey

Techno Icon. An industry living legend. Both definitions that apply to Marco Bailey, a self – taught DJ and producer whose career started to develop in the late ’80s after attending a local club in his native Belgium, and being completely seduced by the rhythmic power of dance music. That was when all changed. A first approach that triggered the decision to be behind decks instead of the dancefloor. And since then, he has committed his life to music.

Three decades later, he’s known as an artist constantly pushing techno to its next level, by producing his own tracks, managing his first own label MB Elektronics (established in 2001), and of course, by travelling all around the world, moving dance floors thanks to a flawless technique and impeccable selection.

During his career, he has released acclaimed singles, EPs and albums on labels like Primate, Drumcode, Bedrock, Intec, Arts etc, with each one of them demonstrating a forward-thinking approach, and the desire to not just ignore, but break – or crush – the mold of what can be considered a trend in a certain moment. Nowadays, as an innovator and an artist completely and permanently devoted to his craft, he’s at the helm of MATERIA, a concept that was born on 2015 as a successful event dedicated to techno in its purest form. Four years later, this meeting point for techno lovers is known as concept that also includes a healthy label with over 20 releases from top-class names and a bi-weekly radio show that has welcomed revered selectors like The Advent and Paul Ritch, as well as new talents Kas:st and Yotam Avni. Paris, Miami, Tokyo, Barcelona, Liverpool, Amsterdam, Los Angeles and its birthplace hometown Belgium have already witnessed MATERIA’s experience in full effect, and more places will join the route soon as the concept keeps expanding.

For his latest release, Marco teams up with Blake Baxterfor the sensational heavy-hitter ”Submit Yourself To Me” on his very own MB Elektronics, which includes 6 colorful versions and remixes and is now available on Beatport.

Hi Marco, thank you for speaking with 6AM. We understand you’re fresh from a rare weekend off. How do you prefer to spend your free time?

Honestly, my free time I prefer to spend in silence with my baby, cooking and sport. I really love to cook, a lot!! Also I try to do some kind of sport almost every day now. Unfortunately, I don’t really have enough time to ride my motorcycle too much, that’s my passion from when I was young.

2019 has been another busy year for you. Running two labels – Materia & MB Elektronics – constant touring and putting on your Materia Events. Have there been any specific highlights for you this term?

Yes, we keep on putting our maximum effort into the Materia Events. The production, sound and line ups. We try to bring in artists who support our vision with the label and support our vibe and Music. The main focus with the Materia events is the sound system and the artists giving the best of themselves. Of course with lots of money you can do miracles in terms of production etc of course. We have financed every event in Belgium ourselves without any sponsor so that’s also an angle that’s important to know.

For our highlights this year, we’ve had events in our homeland of Belgium, in France, Italy, Spain, Argentina and in a few days Colombia. We also had one in Los Angeles with the people of Incognito, where also the SOUND was the main focus and that’s what we like! Our Open Air Event in Belgium each year has become a real favourite for me… Always a great line up and sound.

Back in 2016 you took Materia to Ibiza for a summer-long Residency. That’s quite a feat launching and running a weekly party on the island. There are obviously the historically established party brands, but we see others come and go on a regular basis. You haven’t repeated the season-long run in the years since. What did you take/learn from the whole process? Was it as you expected? And do you think its something that you’d consider repeating?

Our Materia season in Ibiza saw us invite mostly friends and artists who might not have played the Island before. All fantastic and quality artists. We’ve seen how many promoters just book 10 headliners, splash the money from all sides and still suffer, whilst others can use their credibility and yet pay nothing to the artists. Unfortunately, the authorities have screwed the island a little bit too. The VIP’s and plata (money) culture is a vibe that is felt at too many parties now which, for me, sees Ibiza lose a bit of its soul and the rave spirit that it had 5 – 6 years ago and all the years before. This is not to say there are not still some great parties on the island, because there are and whilst I do feel some of the old rave magic has vanished, there are still some great events keeping it alive. I’m just not sure that I’ll repeat another season of MATERIA, but we’ll see.

Many speak of the changing face of Ibiza, but you could argue that this has been an on-going development in various guises for many years. What do you make of it, and do feel that too much emphasis is put on Ibiza as being the epicentre of Dance Music in the Summer? Especially with new parties and festivals springing up in new territories all of the time?

I love Ibiza and I am even thinking of living there one day. However, living there and doing parties there are very different things. I just mentioned that I feel the Island has lost some its wonderful rave spirit from the past, but I hope, I really hope, that the amazing vibe that Sven and Johannes create with Cocoon, especially the magical afterhours will remain. Carl’s (Cox) nights, where the MUSIC always came first, always impresses me and the Resistance team who are putting on huge line ups and production alongside parties like Afterlife, show that quality Techno can still work in Ibiza. But it is a fight, and with more and greater parties in amazing locations each and every summer, the dancers have many more options.

Speaking of new territories… We know you’re taking Materia back to Colombia next week and that you’re a huge fan of the Central and South American ravers. But is there another country or city that may not have experienced the party, that you’re keen to take it to, and why?

Oh yeah SURE! South America everywhere! I would love to do it also in Santiago de Chile or Montevideo or Sao Paulo! Also one day I hope I can do it in Tsibili, Georgia too, the vibe there is just breaking everything I heard!

You’ve turned out new music in 2019 on Materia, MB Elektronics, Pan Pot’s Second State, and with your track ‘Haku’, Drumcode. Your next release though not only sees you join forces with Detroit legend Blake Baxter, but also sees you present an ‘Elektro’ rework plus a mix under a new alias. As a producer do you find it refreshing to switch up styles and sounds? And what can we expect to hear from Buraki moving forward?

Yes, I’ve always been someone who doesn’t wanna limit myself to a certain sound. That’s why I like to turn out different styles. ROD from Holland is also great artist at doing this, I like his music a lot. He plays techno, but also house sets as Benny Rodrigues and also Electro sets, I really dig that! There are many artists that play for years and years, over and over the same sounds and style, and there is nothing wrong with that; but for me personally I prefer to be open-minded about discovering and playing new sounds.

This was actually one of the reasons for starting the Materia label, which is for the more straight, deep side of techno and cool electronica, downtempo. MB Elektronics covers a bit more of a wider selection of music and sometimes also some great Electro on the releases. And yes I have also the new BURAKI project which is for the more melodic tunes. Keep an eye out for more on. 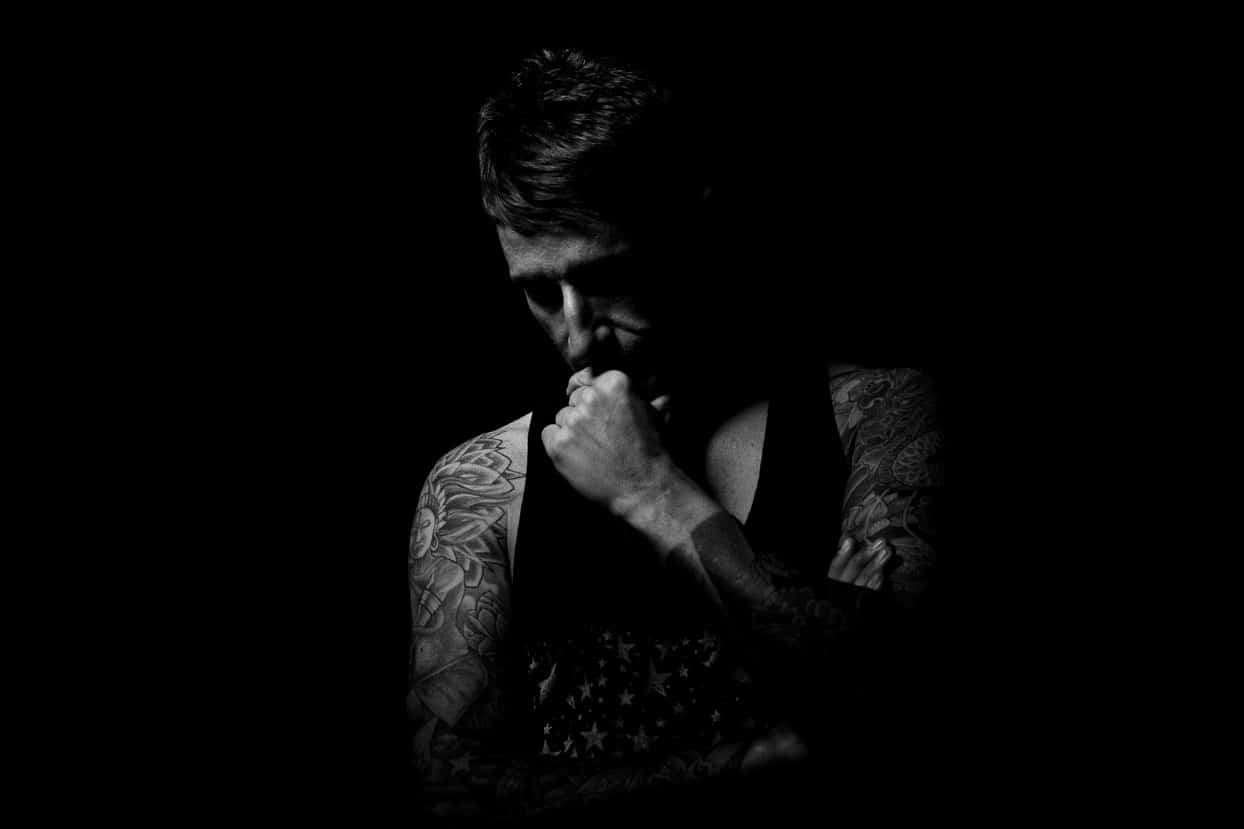 How smooth was the production process and working with Blake?

Oh, Blake is an amazing artist I was already looking up too already in 1988! The prince of Detroit techno and I feel honoured to have his voice on my label now. Actually Blake did the remix and the voice. But we produced the tracks separately in our own studios. I am just glad to have this man on the label, as he was one of my heroes already when I started in 1988!

You’ve always been a supporter of your fellow Belgian artists, and from the outside the country’s scene looks healthier than ever. Would you agree?

Yes, we have two great and hard-working ladies in Amele Lens & Charlotte De Witte, who have both a high level in the scene, and I love that. There are still, of course, many people working very hard, who for some reason or another might not have had the luck to win similar support or their own chance in spotlight, but is the same everywhere. Lots of unsung heroes that keep the Belgian scene alive. We’re very lucky to have some of the biggest Festivals leading the way too. Growing all of the time to become world leaders; Tomorrowland, Dour, Pukkelpop, Extrema and so many other festivals. All getting bigger and bigger each year. I am very happy that Techno remains a big part of each festival, and hip-hop too, but thanks to the likes of Amelie and Charlotte, Techno stays on the frontline with the youth and I am truly happy about that.

When can we expect you back in the US?

I headed back the first weekend of October, for a gig in New York’s excellent ANALOG, and I also hope to be back very very soon in my favourite US City… Los Angeles. Watch this space!

Finally, is there anything else we need to keep an eye (and ear) out for over the coming months?

Yes! The ’Submit Yourself To Me’ EP with Detroit Legend Blake Baxter on my label MB Elektronics, and in November a great new EP from me on MATERIA with a HYPERACTIVE Remix. This will drop on vinyl and digital, so watch out for that one.

We had some amazing Materia events in Bogota Colombia, with The Advent live and Sterac (Steve Rachmad). and we had our ADE Party in Amsterdam on Friday 18 October. Then we were in Warsaw’s best club, Smolna, the day after on 19th October and on 14 December we have an exciting Warehouse party in Montpellier, France after the I Love Techno festival. We keep on going, full force !

Thanks for speaking with us.

Thank YOU! My pleasure!