In Interview with Lauren Lane 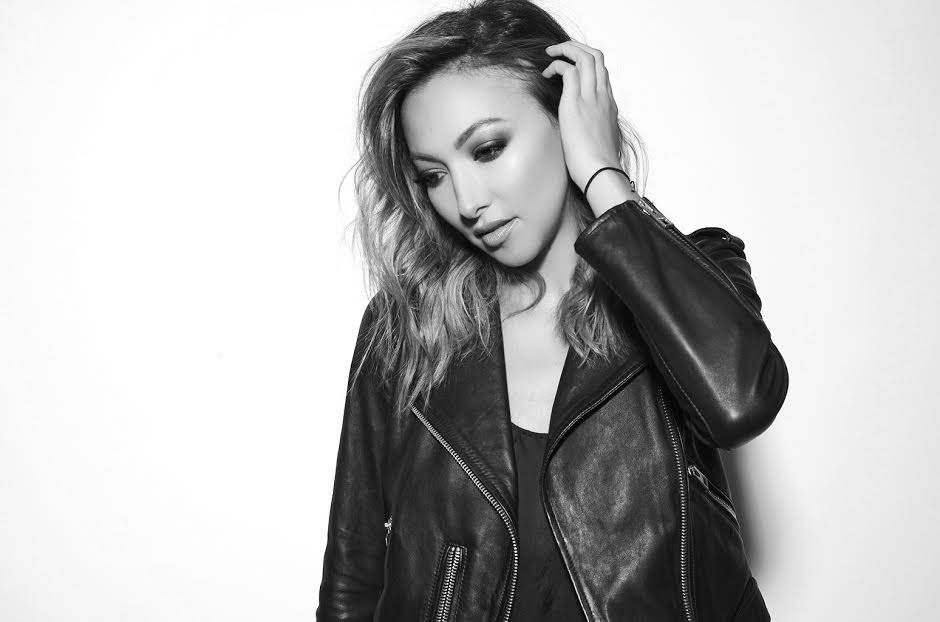 In Interview with Lauren Lane

Lauren Lane had music in her life’s cards. Coming from a family with an ear for good music and having a background filled with classical training and various types of dance, the East Coast native realized her biggest passion of DJing one fateful summer in Ibiza. The music bug became incurable from that first summer on the island, and it wouldn’t take long before Lauren had quit all of her other jobs to focus on cultivating her skills behind the decks and building her name out within the New York underground.

Now, Lauren is a standout American export when it comes to house and techno, regularly booked to play alongside Guy Gerber for his Rumors parties, festivals like BPM, and more. April saw her take Coachella’s fabled Yuma tent alongside Hot Since 82 and Nic Fanciulli for a landmark closing set.

Tomorrow, Saturday June 1st, she’ll be making her way back to her current home base of LA following a long stretch touring for Jamie Jones’ Paradise in the Park. The iconic series will be breaking ground in the city center at Grand Park, where Lane will be joining Latmun for a special edition b2b.

A regular at the party who’s pointed out Jamie Jones as one of the first to help kick off her start on the DJ circuit, we sat the burgeoning talent down to discuss her prized memories with the party, what’s next for her eyewear line, label plans, and more.

What is currently going on with your own eyewear line? Are there any new developments? Are there also any brands or designs that are inspiring you creatively for your own line?

So LANE Eyewear has been a passion project of mine for the past two summers. This season’s releases will be available late summer. There will be four new styles; like the original style that came out, three of the four have a clip-on that basically creates two looks in one. The two-in-one look has been my inspiration for LANE: you can go from day or night or night to day. The base has a lighter, colorful lens and the clip has a darker, more reflective lens so you can change it up and have two glasses in one. It’s nice functionality for people who like to go from day to night and night to day.

As far as inspiration goes, I tend to look at my own life for what I would like and would need. As far as other designers, I really like Opening Ceremony and their store in general; I like going to Dover Street Market and other stores that have a lot of different, modern, up-and-coming designers. That’s what I look toward for my own personal style. When coming up with plans for LANE, I look toward my own lifestyle and for the lifestyle of people who also enjoy music and going to festivals.

We noticed that tiny glasses are a thing now. Do you have any small lens sunglasses on the horizon?

Yeah, there’s a pair of ovals on the smaller side for this upcoming round of glasses coming out!

6AM noticed you haven’t put out too many releases over the past year or so – you’ve been mostly touring. Did that have to do with plans for your record label, Recreation? How has the process been like, starting your label in general?

Yeah, I wanted to do it when the timing was right. And I have been making music over the past year, but I wanted to be able to release it on my label. When the opportunity to do a TLC remix became a possible reality, I thought, ‘How amazing would it be to have the first release on my label be this TLC remix?’ It’s been a process of getting all the t’s crossed and i’s dotted, so I’ve been waiting – but I think the ‘wait’ has been good because in a way I’ve been able to really think and make a plan for my label.

So yeah, I’m looking forward to getting new music out – it’s definitely coming. I’m really excited to be able to share my own original music again, plus new artists that I really think are talented who deserve a platform for their releases as well.

We’re very excited to hear what your TLC remix is gonna be like!

On the DJing front, we’d say you’re known mostly (right now) for being a cutting-edge, awesome DJ. How does the crate-digging process go for someone like you? What’s your process like for discovering underrated cuts? Do you go record store shopping? Do you generally go through promos that are sent? Do you do your own little dives on Bandcamp? How does your process for curating music sets go?

Thank you! It’s definitely a combination of all of it. I actually go through different phases where I focus on one thing a little bit more, but definitely keeping an ear out for new music, new promos, and listening to music my friends and I’ve made; that they’ve made – have been a major part of my process of picking music.

I also go back through older music I’ve been collecting for the last decade and even beyond that. I’ll find a really old song that I like, then go through Discogs to try and find similar music. It’s kind of like putting pieces of a puzzle together. I’ll ask friends if I hear a song I like when they DJ. Or when I have friends over, we’ll play and discover songs from Youtube or through Spotify, as well as listen to each others’ record collections. These are kind of the main ways I find my music!

You’ve been all over the world in the past year – we’ve seen you stop in Jamaica recently, Mexico and elsewhere. What have been some of your favorite destinations to play over your past year or so of touring?

Well, there’s been so many, it’s hard to keep track! Just going off 2019, I did NYE in Cartagena, Colombia with Seth Troxler and that was a really special party/trip. From there, I was in Brazil – I played at Warung (Beach Club), which is one of my favorite places in the whole world to play. After that, I played Circoloco in Thailand – my first time (in Thailand), so that was super special. I love Asia, I love Asian culture, I love Asian food – getting to be there with a bunch of friends during Circoloco was a lot of fun. After Thailand, I was back in LA for a bit and had the chance to have a little break and wellness month. Then it was back to Brazil again, then Miami Music Week, then Coachella in April. So it’s been a whirlwind of a year so far – but I’m really looking forward to the summer: getting to play in Ibiza, the Dominican Republic, Mykonos, at Burning Man, and back in LA in August for Hard Summer. Plus, playing in Miami at Space – it’ll be my first time playing on the terrace, which I’m super excited about.

Now onto Paradise. How would you describe a Paradise party for someone who’s never been to one?

There’s a lot of energy. There’s an interesting concept every summer that [Paradise] changes up. The dancers wear outfits based on whatever the concept is. It’s usually colorful and has a lot of artistic elements, but edgy at the same time. The music is always on point.

I think Damian Jones is one of the best DJs in the world. He’s been on the cutting edge for over a decade now. And the brand is super strong wherever you go – whether it’s in Ibiza, or even at Paradise in the Park in LA this weekend – wherever you go, it’s instantly a good party. You can come to Paradise ready to dance.

Do you have a particular Paradise memory that stands out to you over the years playing at these parties; what in general keeps you coming back to play?

Hmm, there was a Paradise I was scheduled to play in Ibiza at DC-10, and I guess one of the headlining DJs (it may have been Eats Everything) had a problem with a canceled flight. So [Paradise] gave me a timeslot and I got to play in the main club room, which was just – electric. Packed room, end of the night; the energy was so high. That was probably one of my favorite Paradise memories from when I was DJing. But I mean, I’ve been going to their parties since even before I started DJing, so there have been countless memories over the years… It’s just an honor to get to play and be a part of the Paradise family.

You’re going to play a B2B w/ Latmun for your time here in LA. Do you have any tips for DJs starting out as to how to pull one off successfully, or ways to prepare for a B2B?

Well, to be honest, I don’t play that many B2Bs. I’ve just started to more. When I played at Coachella, I got to do a triple B2B with Nic Fanciulli and Hot Since 82.

So I don’t really know if there’s quite a way to do [a B2B]. Maybe some people plan it – but [at Coachella] we kind of just showed up, vibed, and went off each others’ track selections. And it went well – it seemed like people really enjoyed it. I think that’s kind of how it goes down a lot of times. (laughs) I think most of the time either the promoter, talent buyer or other DJs trust that you guys can fall into the same wavelength. You kind of just have to trust the process.

So basically it comes down to chemistry and winging it.

Yeah, chemistry and having a lot of music prepared, because you don’t know what direction [the set] can go in. It’s good to have a lot of music you know well and to have a few different types and subgenres, so that way you can really take it in the right direction and follow the other person before you lead and set the tone for the next person to play.

All pretty sound tips here. And that concludes our interview. Thank you for taking the time, Lauren! We’ll see you Saturday.

Thank you for your time, I really appreciate it. Cheers!