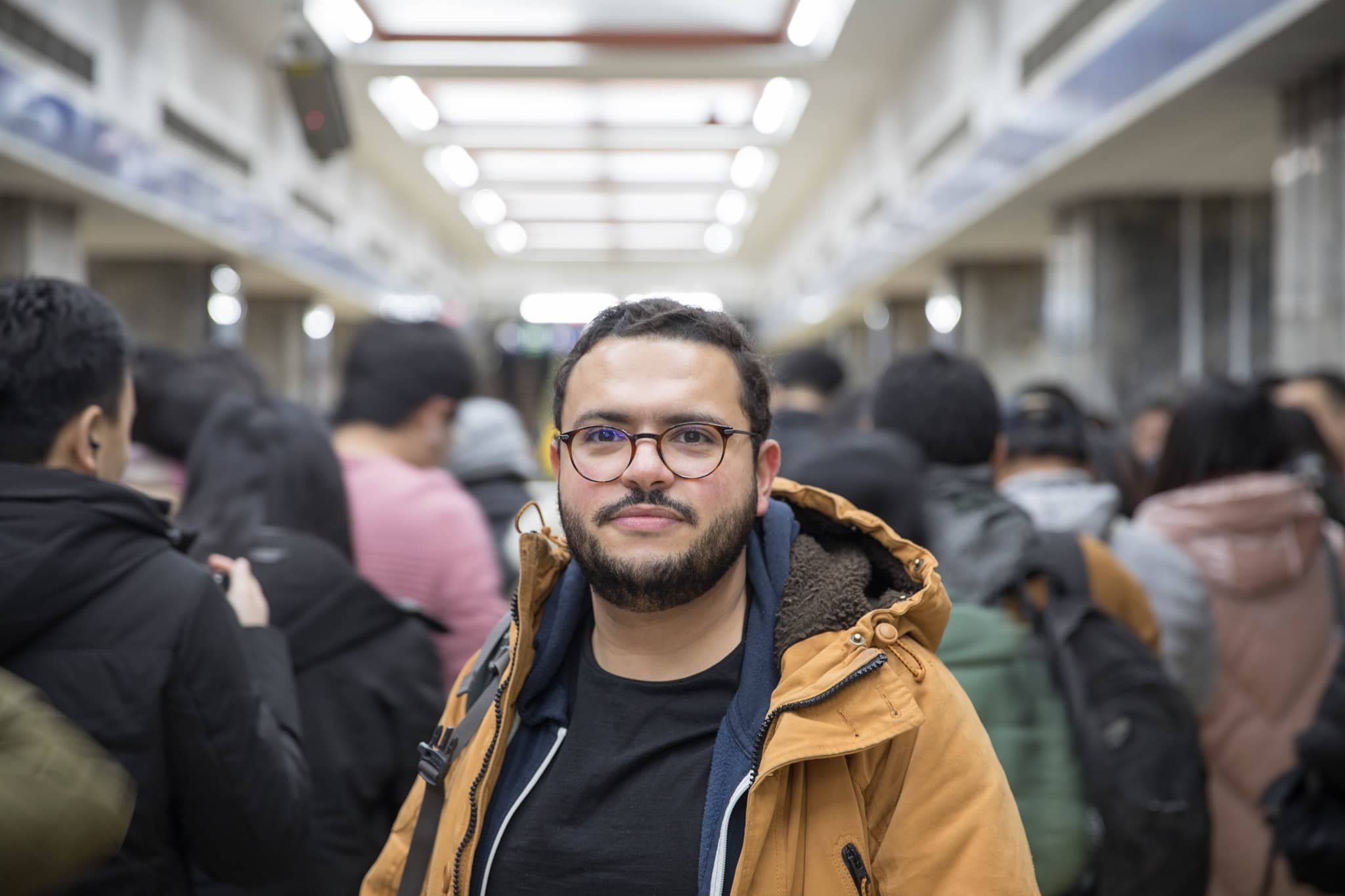 Our latest interview sees us explore the world of Kmyle, one of these hyperactive artists whose reputation is growing thanks to his productions and collaborations.

A hardened machinist, Kmyle spreads all his energy during his Live hardware performances and DJ sets calibrated for the dancefloor. His performances have taken him to clubs and festivals around the world like Concrete Paris, Rex Club, Lantern Beijing, 44kw Shanghai, Razzmatazz, Gareporto, Madefestival, Astropolis Festival, Arena Berlin, Egg London, Griessmühle in Berlin, Possession Paris, and more.

Appreciated by Laurent Garnier and other contemporaries of the world’s techno scene, the young French producer’s creative output has been most prolific with an extensive amount of releases on labels such as Clergy, MORD, Beardman, and Skryptom, just to name a few. One of his latest works is his Keroual EP for Astropolis Records, which comes complete with a Zadig remix and is available on Bandcamp HERE.

The future looks bright for Kmyle, who is now actively working on the imminent launch of his Kmyle imprint. and in the future on his own imprint Kmyle.

In our interview we explored the upcoming label launch, the prolific state of the French techno scene, life under lockdown and much more in our exclusive interview below.

Check out the interview with Kmyle below, as well as his Keroual EP on Astrpolis Records:

Hi Kmyle, thank you for the interview. Are you in France right now?

Hello guys and thank you for this interview! Yes, I am in the south of France, in Toulouse city. Love this place so much, in which the food is really great and the local scene is so interesting!

How are things going there? It seems like every week there are new lockdowns and regulations?

In our country, the government makes crazy decisions almost randomly.

Nobody understands anything. The night world and the culture has been completely shut down since the first lockdown, but we all try to continue to propose music and projects.

On my side, I gave everything for this passion, and I would do everything until the end because the night must survive!

This has been a very different year than usual. How have you been coping and surviving as an artist in the midst of a pandemic?

Before the pandemic, I had planned lots of projects that would be super cool, beautiful gigs especially in b2b with Zadig at our Astropolis festival …

Unfortunately, everything had to be canceled, but this situation is the same for everyone.

Since then, I try to move forward by creating something else, for example, this month I will release an ambient electronica album with Cleric, that accompanies a best-seller book, and a video documentary on slavery, illegal fishing, and some criminal seas problems, done by the journalist Ian Urbina for the New York Times, named ” The Outlaw Ocean.”

As far as other projects, I will work on an experimental 360° electronica live, for my Skryptom Crew.

Have you found yourself more or less inspired in the studio?

Without perspective, it was difficult to project myself into tracks that are made to make people dance.
But I am constantly inspired by everything that touches me.

The apocalyptic situation we are experiencing inspires me enormously and I put all my anger and hope into machines and synthesisers, this my better way to express myself.

Congrats on your release on Astropolis Records by the way. Was this one produced during lockdown?

Thank you! First, I made the ideas of this record just after playing after LSD ( Luke Slater, Steve Bicknell, Function) in the courtyard of our Astropolis Festival at the morning and in front of more than 3000 ravers.

The lockdown allowed me time to take ideas and work on that. This one has huge significance for me and for those people who work for this festival.

Can you tell us a little bit about it and the inspiration behind the tracks?

“Keroual” is the name of the British manor where our Astropolis festival has been held for over more than 20 years now. All the major artists of the Techno planet like Jeff Mills have already played in this fabulous place at least once. The soul of the place and the public, for the most part, are known to contribute to the festival’s magic. I had to make this vinyl as a tribute.

Zadig provides a great remix on the EP, why was he the perfect choice here?

Zadig is a monumental figure of French techno and, beyond being my friend, he represents all the values of our festival. For me, it was absolutely obvious to include him in the adventure. Moreover, Zadig chose to produce a Remix in the (PCP) style. It’s a nod to the roots of our music and I find this aspect really authentic.

Can you walk us through your studio, what we can find in there in terms of not only hardware but also the set-up and other personal items?

I have always bought and sold many synthesizers like the “Vermona Perfourmer”, but I am not a great collector. I seek efficiency and workflow where I feel good.

In my studio, for sound sources, I use an Elektron analogue rhytm, an analogue four, a digitone, and a modular system. All of it goes into my Midas f32, there I can tweak some frequencies with the fabulous analogue EQ, and add many effects of my pedalboard, like my Ensoniq Dp4 . Then, I multitrack the 32 channels directly into Ableton Live, and I cook it all.

I also have my cuddly toys collection, including Jack Skellington or Angry Bird. And a painting from my mom right above my computer screen!

Do you have a pic of the studio to share with us?

Who are some other producers whose music excites you right now?

I listen to a lot of different music and different styles every day.

In this period there are a lot of interesting releases, and very great producers, like Defekt, Shed, Umwelt, Forest Drive West, DJ Plead, Simo Cell, or Seleccion Natural. 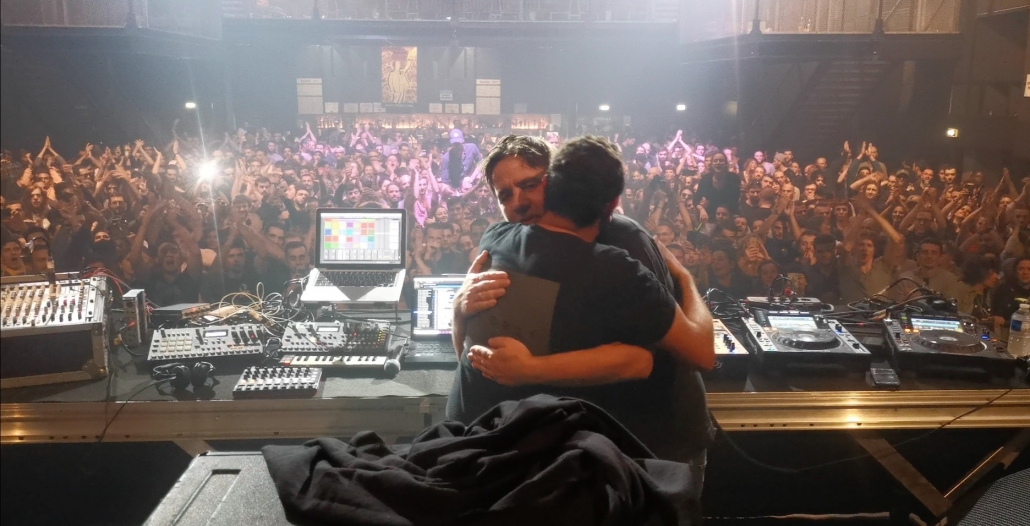 France, in particular, is having a massive techno moment in the last several years, why do you think that is?

France is a country with a strong culture, with close and historical relationship to club music. We always had “leaders ” that promote France internationally, like my friends Laurent Garnier, Manu Le Malin, or even in a more commercial style like Bob Sinclar, etc…

But personally and despite this, I have always felt a French complex between other countries that may have started a little earlier than us and imported some vibes. People always tried to go further to develop a French aesthetic of electronic music. That’s why the last few years have been so rich for us in talent, discoveries and incredible scenes, it’s like a new birth!

In a year full of lockdowns, did you manage to take a vacation anywhere? If not, where do you want to go next?

I would love to go back to Berlin with my girlfriend to see some friends and chill somewhere.
Plus the underground atmosphere of the city is a good place for inspiration. We all need to get some fresh air and think about other things right now!

Where would you like to go when travel opens up a bit more?

During my last two Chinese tours, I was able to discover the Asian continent. I was meant to go to Japan but it was not done due to the Coronavirus. That country attracts me so much, it’s the place that I want to travel to the most whenever the situation allows.

What else are you working on for the rest of 2020?

Since the start of my career, I always have a desire to release the music I want with a total artistic, aesthetic and visual freedom. That’s why I’ve been working on the debut of my label Kmyle Records.

The first vinyl release is scheduled on October 23rd with 4 original tracks, and to poetically image the project, a nice clip will be made by the artist Alison Flora. Also, I’m already working on the next releases, including artistic collaborations with our talented French friends Voiski and Zadig.