In Interview with Kevin Hedge 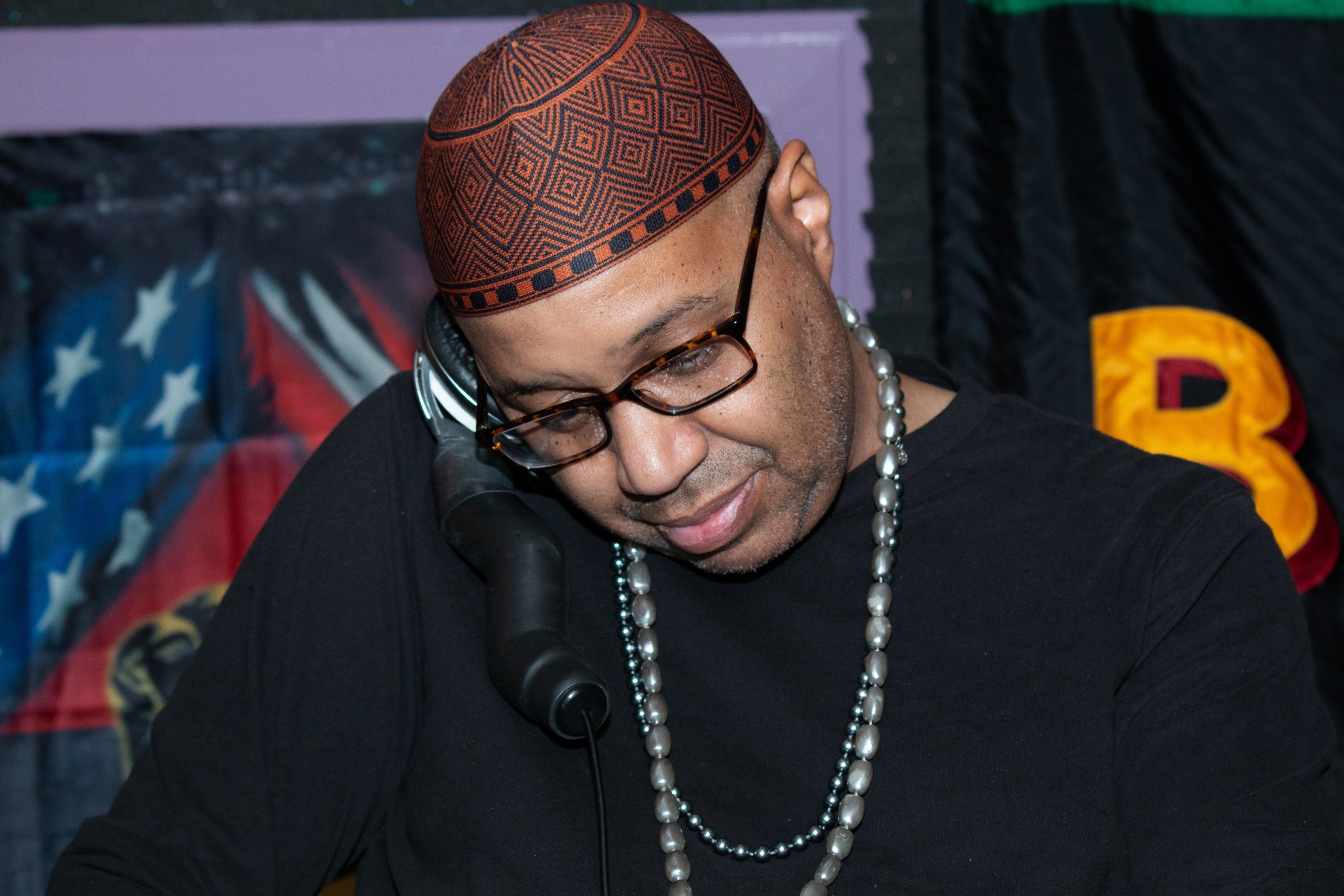 In Interview with Kevin Hedge

After a break from releasing music for nearly 10 years, New York producer Kevin Hedge from the legendary house duo Blaze is back with a brand new single, ‘Reach For The Stars’.

6AM checks in for a rare chat with Kevin Hedge about his new release, Blaze, his time running West End Records, and more…

Hi Kevin, it’s a pleasure to chat with you today, how are you?

We (my family and myself) are well, we have come through this unprecedented moment in world history physically, mentally and spiritually splendid!

Who or what first turned you on to DJing and producing music?

As a kid, I was always a fan of music however, I attended a talent contest in my elementary school, circa1976, and I saw a local DJ spinning records and I became hooked when I felt the joy his performance generated. Writing and producing came later born out of the passion for music and the desire to see people enjoy themselves.

You know I loved all the greats from Stevie Wonder, Earth, Wind and Fire, Curtis Mayfield to Sting even Frank Sinatra. But, if you have ever heard a Blaze production there is no doubt Maurice White and Charles Stepney are major influences.

For over 25 years you had an incredible music career with Josh Milan as Blaze, penning many now classic dance music hits from Delacy’s ‘Hideaway’ through to your own Blaze releases like ‘Most Precious Love’ feat. Barbara Tucker, among others. What is your own personal favourite Blaze release and why?

(Laughs) That’s like trying to pick a favorite child. I am proud of everything we have done as Blaze. If I had to pick the one release that symbolize the full spectrum of Blaze musical approach, I would choose “Found Love”. It’s the culmination of the experience we had gained up to that time.

Why are you not working together with Josh anymore?

This is hard, to me there is two parts to this answer professional and personal. From my professional perspective I feel I became so involved and busy running the many different businesses I was invested in, that maybe my communication was not clear and inclusive. While still writing, producing and performing as Blaze many other opportunities of interest, came to my attention. Ventures that included Nightlife, Record labels, Artist management, Event Promotion, Venue administration, Transportation, and Realty began to share the equity in my mental focus. Therefore, my sole focus was not the studio and maybe my communication in expressing my priorities was unclear. And we all know miscommunication creates misunderstanding.

In 2002 you became co-owner of the legendary West End Records, originally set up by Mel Cheren and Ed Kushins in 1976 and home to disco anthems such as “Heartbeat” by Tanya Gardner and “Is It All Over My Face” by Loose Joints. What was it like working at the label and what was your biggest triumph there?

As I stated before I was enthusiastic about becoming a Label Manager (I like to call myself an Intellectual Rights Executive lol). The long story short Mel and I had become friends from the club. He said liked me and felt I was good at business, from the way I managed, promoted and marketed the Night Club, also he was aware of the success we where having as Blaze. He initially contracted Blaze to produce some remixes, then we partnered to produce some events. At the time, Mel controlled the rights to the Paradise Garage brand so we promoted throwback style “Garage Parties” together.

Also at this time I was involved with the SHELTER night life organization, I saw this as the perfect opportunity to marry the GARAGE brand to the SHELTER brand. After some coaxing from Mel, I first took the job to work with the label then eventually, I would become a partner in the label. The best work I did at the label was to mine the value of the Copyrights both masters and publishing. We created an easy clearance system that would make it easier for entities to license our catalog for new uses.

So what happened to West End Records in the end?

My great friend and partner passed away and his half of West End was left to some relatives of his. Needless to say they were not music business people and would never understand what it takes to be in this business. Eventually West End was sold to another intellectual rights company. I’m proud that because the work my team and I put in the catalog was sold for a fair price!

What’s your take on the current disco music explosion?

I’m excited about all that happening in the business now. Music has never enjoyed this many outlets in it’s history. Also, the techonolagical advances have allowed for participation by many more creative sources.

After an almost 10 year break from making and releasing music, you’ve been sorely missed, so what have you been doing all this time?

Since the release of “Follow Your Heart” my son was born and I wanted to build my family bond. I love being Mr. Mom!

And now you’re back with a stunning new single, ‘Reach For The Stars’, featuring ft Rick Galactik, who also sang on your ‘Follow Your Heart’ release. Please tell us about the single and what we can expect to hear?

I feel through out my entire music career, I have always tried to write and produce ideas and messages that inspire. Lyrically the song is themed with the insights from OG Mandino’s “The Greatest Salesman On Earth”.

What inspired you to get back in the studio and how did it feel to be making music again?

Josh and I had started to demo a few songs for a new Blaze album, before we split. I was playing tracks we started at parties and friends would ask about them. In my heart I felt Blaze was the collaboration of Josh and myself. He was my partner, brother and best friend, being in the studio with out him didn’t feel natural. But close friends and comrades, I trust, pushed me to pick up my pen and write. I am a believer in the wisdom from the book “The Alchemist”, after learning of some current artistes were covering and remixing Blaze songs, I perceived those instances as an OMEN. My work in the entertainment business is my “personal legend”. I can’t leave out the impact from the interest in Blaze songs. Having that knowledge was a motivator, I was honored and humbled to learn of a cover of “We All Must Live Together” that featured Aloe Blacc.

And importantly, are there more new releases to come?

Honestly, I don’t have anything ready at the moment. I’m going to let the wisdom of time and the universe decide future of Kevin Hedge/Blaze releases.

After the Covid-19 pandemic do you have any plans to step back in the DJ booth?

YES for sure! I’m bursting at the seems, to play in front of a live audience, I love to see people enjoy themselves! That is what drew me to the craft from the begging.

You’ve remixed some very big names in the biz, including Beyonce, Jennifer Hudson, and more. What’s your own personal favourite remix and who else would you love to remix in the future?

I think I’m most proud of the Cold Cut “People Hold On” remix, it sounds as fresh today as it did almost 33 years ago. I have always wished Blaze could write and produce with Annie Lennox.

For many years you hosted the legendary Roots NYC party alongside Louie Vega. What made that party so magical and what’s your favourite memory of Roots?

People that frequented the party. It was them and their vibe plus NYC is what made the magic!
My favorite memories are standing in the DJ booth next to Louie Vega.

For house music fans just discovering you for the first time, which of your top 5 tracks should they be checking out?

I would ask them to checkout “If You Should Need A Friend” and “Reachin” then “Breathe” and “My Beat” finally “Found Love” to hear the growth in our productions.

What tips have you got for aspiring new producers looking to break into the scene?

Study the productions that inspire you. Try to understand how they produced the track you like.

What’s next for Kevin Hedge?

To serve as best I can!