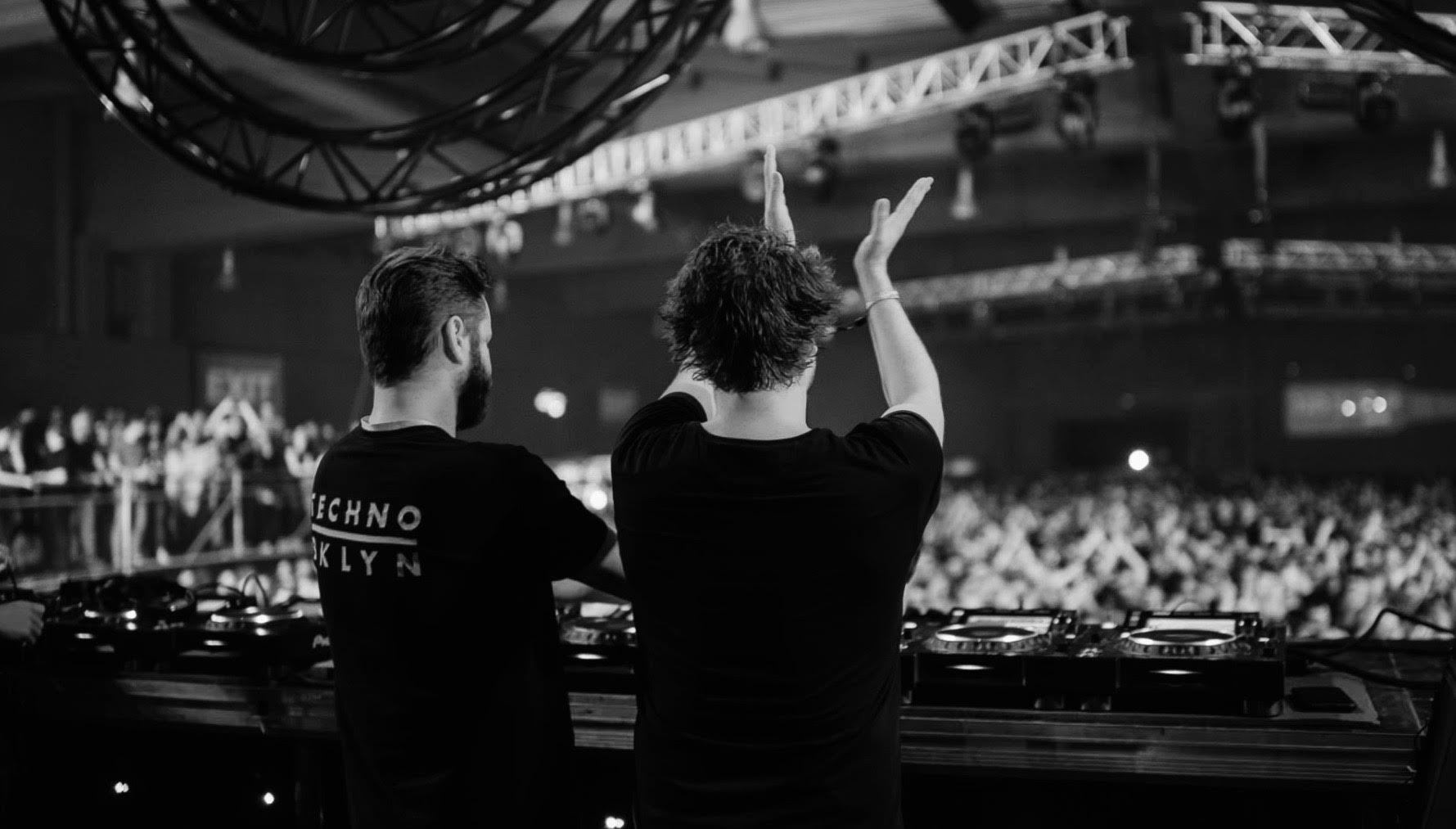 One of the biggest success stories this year has come from one of the latest techno duo to emerge out of Europe: Joyhauser. Already well respected in their home country of Belgium, the two were able to gain international notoriety after a line of releases charting and being played around the world.

Joyhauser fell on 6AM’s radar after their release Tribunal with Phobiq back in 2017. Ever since then, they have made Terminal M’s best of 2018 with their breakthrough EP C166W, a single at the beginning of 2019 called “Killer Bee,” and a spectacular remix to Amelie Lens‘ “Hypnotized” a few months later. Thanks to their work in the studio, they have gained the support from Adam Beyer, Marco Bailey, and Kevin De Vries.

Earlier this year, Joyhauser debuted in the United States for Techno Brooklyn’s Into the Light series where they played alongside Gaiser, and Marco Bailey. As the duo took stage in front a sold-out show, you were able to understand the chemistry between the two. They were able to capture the hard-hitting yet melodic style they are known for in a seamless fashion. They mention their patience in finding their own sound and it goes to show in their live shows. These guys never had a lot of press about the artists themselves so it was interesting to indulge in the connection between the two.

After the show, we had the pleasure to talk with the two to figure out how they both tick.

How did you guys come together to become one of techno’s biggest duo of 2019?

It all went so fast. First, we really took our time and tried to create our own unique identity. It’s became a sound that’s instantly recognizable: deep and melancholic with repeated motifs, contagious rhythms and powerful energy all wrapped up in our own distinctive flavor. We think 2018 was a real breakthrough year for us. The hard work and patience finally paid off and our first hit ‘Galaxy Phase’ sent us into the stratosphere. Later C166W and Killer Queen followed. Only 3 months ago we were still working full time jobs and combining them with our music careers. Crazy isn’t it?

It’s common when duos come together it’s because one half excels in one thing and the other excels in another. Do you see that happening with Joyhauser?

Being a duo has a lot of advantages, you literally have more hands to work with. We are lucky the two of us are very complimentary. Stijn is more the musically creative brain and engineer in the studio. He mostly starts with an idea and when both agree to go further, we both dive in the studio to finish the arrangement. Joris is inspired by listening exclusively to techno music. Stijn is more eclectic and searches for creativity in other styles. Joris is generally more the PR guy who is the mediator and go-to for artists, promoters and label owners. We both know what to expect from each other and it works perfectly.

What were, if at all, your solo careers like before Joyhauser?

Joyhauser was born out of a deep passion for electronic music culture and the culmination of a friendship formed during High-School. We both combined our passion for quiet long time with a full-time job. Stijn worked for his parents in a family company selling wood and furniture. Joris as a Clinical and Neuropsychologist. So, for that time, we tried to combine both sides of our lives but at a certain point we had to take a leap of faith. The weekly workload was getting really heavy and this was beginning to take its toll. At this moment, we have a lot more time to allow ourselves to grow as artists. In the past, the only moment we could really work in the studio was on Sunday evening, usually after a full weekend of gigs. We would arrive at work the next morning with barely any sleep. This had a negative impact on our creativity and energy. Hard times.

What does the creative process look like when working on a track between you two?

Stijn mostly starts crafting different ideas and concepts to lay the base of a track. We choose the best ideas together and start working on an arrangement.

Mostly we just jam a bit, record everything to audio or MIDI and take the best bits from those recordings. Happy accidents are a really important part of producing, so we always try to record everything. We’ve really come to a point where we know quite quickly if a track is going to work or not. When it doesn’t, we start with something else, but we never discard of something completely. It’s perfectly possible that we incorporate elements of older projects into new tracks.

Outside of the duo, how important do you feel it is to work with people? Is there a level of trust you need to establish?

It’s very important! We love to work with people we trust and have a good relationship with. Our success wouldn’t be possible without the help of our agent Ugur Akkus, Monika Kruse and our dear friend Amelie Lens for example; who all believed in us from day one. Being surrounded by a good team is so important. The relationships with the promotors that book you are important as well. Eventually, they give you the chance to perform so it’s important to invest in them as well. There’s so much more to being a DJ than just playing your set. For us, it doesn’t feel right to go straight from one gig to the next. We value our time with our promotors and fans, so we always try to show our appreciation to them. We are very loyal persons and we love to build on that. 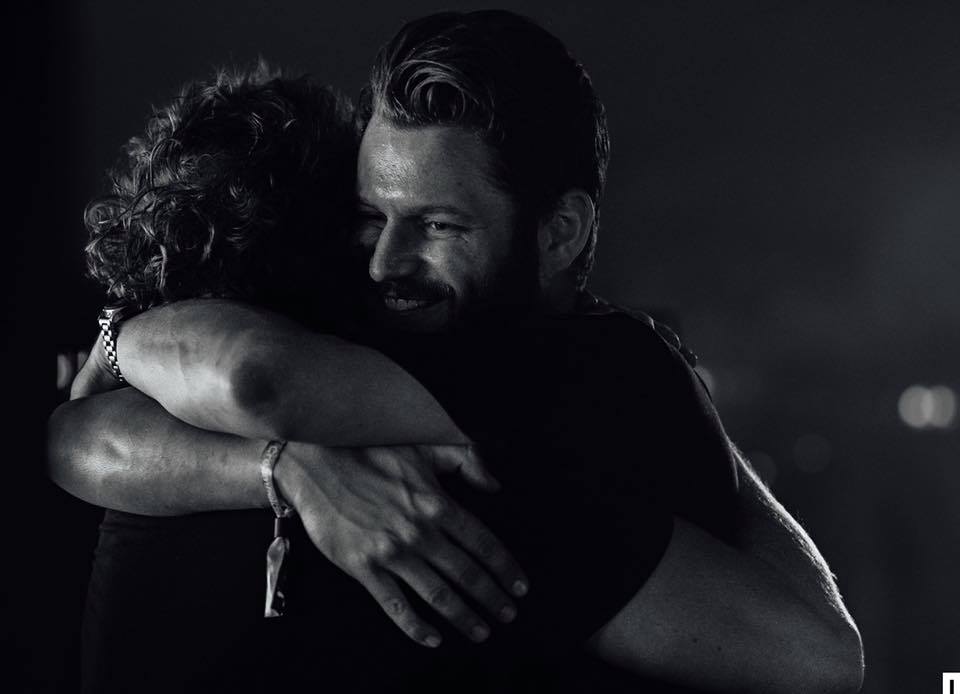 You’ve just played for the first time in New York last Friday, can you let us know about your experience and your favorite part about the city?

Yes, it was also our US debut and we really enjoyed it! Everything was on point; the crowd, the club, the drinks, food, the guys from Techno Brooklyn (good friends now!) definitely know how to organize a decent party. It was an honor to play there and we definitely would love to come back soon. To play in a breathtaking and vivid city as New York truly is something special. We had to leave for San Diego the day after so we got up really early to still see something of Manhattan. The vibe: awesome!

For upcoming artists what do you think is the most important thing to do to start rising?

Make sure you have a plan, have patience and believe in yourself. That’s our advice. We see a lot of enthusiastic young producers and DJ’s that are so eager to make it like artists like Amelie Lens did. It’s not that easy. You really have to give yourself a lot of time to develop yourself as an artist and as a DJ. From the outset, Stijn, an out and out perfectionist, was adamant we wouldn’t release anything until he thought it was good enough. So, we took our time, patiently refining our productions, honing a style that was unique to us and holding off releasing our music until it felt right. Parallel to our studio work, we were building our reputation as DJs in Belgium and beyond. You may be a great DJ, but you need to be great producer too if you want to break through internationally. Similarly, great producers aren’t always the best DJ’s, even though that’s what people expect when they come to see you play. When you can’t deliver on these kinds of moments, you can find yourself in a dead-end.

Well, playing in a lot of new countries and introducing people to our sound would be a nice start. We love traveling the world and discovering the cultural traits of every city and country. On the other side, all that traveling makes it harder to keep the focus on our studio work. We’re still trying to find the perfect balance. Our goal is to release that album at the end of 2020 but we can’t promise that it will be finished by then. It’s done when it’s done!

Do you have any Joyhauser releases in the pipeline that we should look forward to?

After the success of our C166W EP on Terminal M, Monika Kruse immediately asked us for a follow up EP. We’re really happy to part of the Terminal M family, it’s a label we admire and adore since a long time. It took us several months to finish but it is finally released! Really happy how all 4 tracks eventually came together. Also, we’re working on some other interesting projects at the moment. We just received a really cool remix request but we can’t tell anything.