In Interview with Jeff Nang 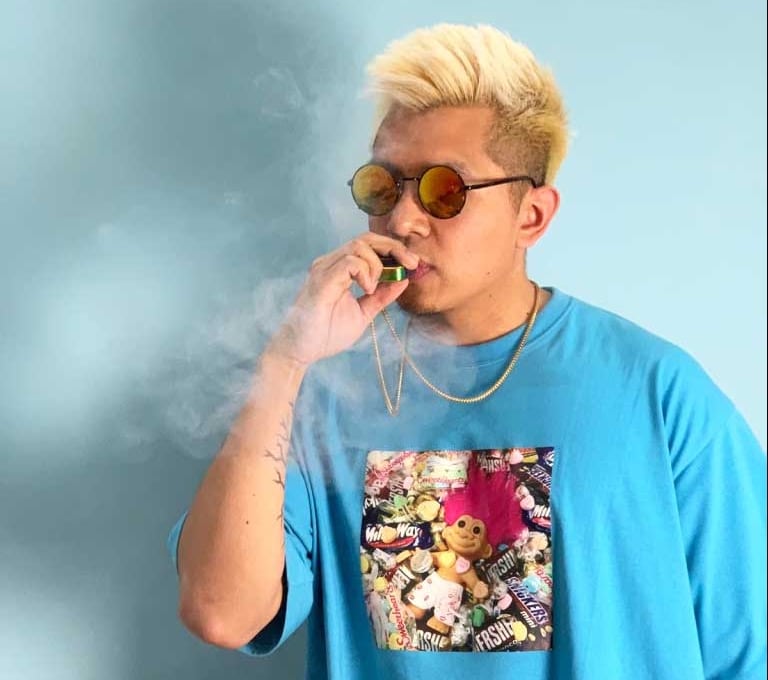 In Interview with Jeff Nang

Following the release of MEAN ft Gabi’el, which gained 13th position in the Music Week Club Chart, London-based DJ/producer Jeff Nang is back with fiery new EP Rollin on his personal imprint, Fuzzball.

With his previous tracks featured on Vauxhall’s advert, as well as being played on the sought after airtime shows, KissFm and Radio 1Xtra, Jeff’s previous releases have seen props from the likes of James Hype, Rehab, Jaded, Jackwins, Sammy Porter, DJ Pioneer, AJ King and Charlotte Devaney.

Known for his innovative approach to music production which takes influence from Funk, Tech House and Disco, Jeff has landed sessions with some of the best writers to gain over half a million streams on Soundcloud alone.

Releasing his next weapon on Fuzzball, the producer prepares to reach new heights with the 2-track-package that is the Rollin EP. Consisting of two bumping house cuts, Jeff treats listeners to a unique fusion of bouncy bass, funky synths and hypnotic drums that are guaranteed to cause a stir. Rollin’ partners a techy tempo beat with an old school LA funk vibe, whilst Fidget features wonky basslines and an infectious vocal chop to keep the head bopping and shoulders tingling. Gearing up for a busy start in the underground world, Jeff is a name that is poised to rise in the global dance scene.

6AM catches up with Jeff Nang to learn more…

Hey Jeff, thanks for taking the time to catch up with us. Tell us a bit about yourself!

Thanks for having me, I’m Jeff Nang, A producer/DJ, musician and talk-boxer hailing from North London UK.

My main influences stem from Funk, Disco, Soul and hip-hop. By the time I heard artists like The Neptunes and Basement Jaxx I was obsessed with music production. I was a late bloomer with Dance music, however the tipping point was Daftpunk’s “Homework” album then soon after Justice’s “Genesis” Masterpiece and suddenly time slowed down.

Since then I’ve been blessed to work with music publishers, incredible singer songwriters across the globe, produced music for TV and media while Dj’in all over.

I started the Jeff Nang artist project a while back and have been releasing music independently over the last 2 years.

Your music has been in Vauxhall adverts and has been supported by BBC1Xtra & Kiss FM, tell us what this means to you?

I’m always grateful for the placements I’ve secured with my music. I’m sure most creatives can relate when I say it does come at a cost of sleepless nights, and much more, when trying to craft and perfect my skills.

Now there’s a plethora of incredible producers these days, you have to establish your own opportunities to stand out and constantly be active. So when certain projects succeed I’m truly humbled.

Your new EP, Rollin’ is out soon on your own label. Can you talk us through the tracks on it?

Sure, “Rollin'” the opening track is that track you’d hear when the BBQ’s done, the drinks are flowing and the party is heating up and about to get wild. I chose a retro funk baseline, keeping a constant groove, adding some seventh synth chords in there and a tech house feel in its veins to keep the energy up.

“Fidget” is the track that adds fuel to the fire. Intended to bring more energy to the e.p, still funky but slightly more aggressive and made for the dance floor.

Where does your inspiration come from?

That’s a good question. It’s different everyday, but I tend to do things everyday to make way for inspiration to spark. Through being still, watching loads of films, workouts, listening to a varied genre of music, finding ways to trigger nostalgia. I’m able to find flow when it’s time to hit the studio. I feel it’s important to nurture your mind in different ways so it can inspire your creative process.

Are there any artists you admire?

I admire every artist who has the guts to create from their soul and be true to themselves. The list is huge, I’m such a student. I just listen and try to emulate different flavours. If I had to name a few then legends such as Daftpunk, Justice, Deadmau5, Mark Ronson, Duke Dumont, Diplo and Tchami.

Tell us a bit more about your imprint, Fuzzball, who has released on it?

Fuzzball was initially created for my own releases to give me the freedom and ownership over what I want to release as I feel my sound blurs boundaries and can’t be placed in one box. So right now it’s only been Jeff Nang releases.

I really want to promote individual and expressive music with no pressure for public likes, what’s trending and so on. Just high energy good music that translates to the world.

Who would you love to get signed on the label?

Whoever fits the above description, artists that are open minded, has their own sound and really owns it. If the music is undeniably great and has the vibe of free thinking yet still understandable, then that’s who would be part of the Fuzzball family.