In Interview with Jay Lumen: Voyager 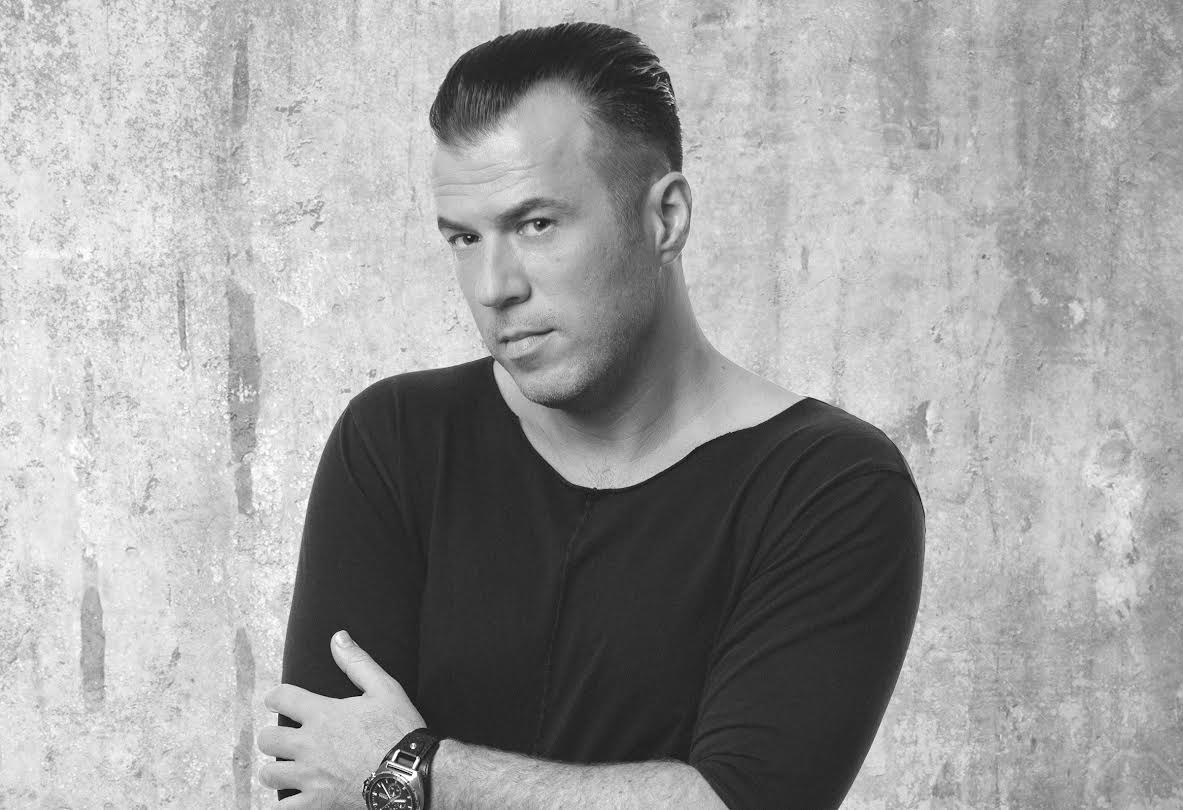 In Interview with Jay Lumen: Voyager

One of the most promising and long-awaited releases of autumn 2021 is a new album of Jay Lumen titled Voyager, officially released on the 15th of October.

Voyager includes 15 tracks with the special versions of singles “From Outer Space”, and “Preacher”.

Footwork founder Jay Lumen is a Hungarian techno pioneer and a long-standing player in the scene. Establishing himself as a leading name within electronic music over recent years, Lumen has released material on Drumcode, Octopus, Relief, 100% Pure, Second State, while consistently hitting Beatport Top 10 charts and earning his title as ‘Underground DJ Of The Year’ at Ballantine’s Music Awards for three consecutive years. He has also earned a massive position in DJ Mag’s Alternative Top 100 both these past two years.

Jay Lumen now continues his legacy of sinuous soundscapes on his latest album Voyager – an impressive collection of fast-paced techno and electronica rooted in the isolation of lockdown.

Jay my congratulations for the new album, how much time did you spend on the fifteen tracks in it?

Thank you very much!

Well, the creative process was 8-9 months in general but I had much more time in the studio than usual. So I was working on the tracks continuously. I recreated some of my unfinished tracks as well as some I’ve never released so it was an interesting inner journey for me.

What was going on in your life while making this album?

You know the answer I guess. As we are all in the same situation.

I tried to take advantage of the lockdowns that we had in the last year and a half. To be honest I produced so many tracks. I do have so many ideas always and I had time now to realize a bit more of them than usual. I made a selection of the tracks that I made and tried to create a voyage into the sounds of techno and electronic music in general. That’s how this album was created.

The last two years were difficult for the industry because of Coronavirus. What has changed in your life? What is your point of view in the industry as well? Many people talk about difficulties in the entertainment industry, less gigs, festivals and so on, how did it turn out for you?

My life has changed as well of course. The touring/studio balance was very different. It was stressful of course just like for everybody regardless of the field of occupation.

Luckily I had many shows all around in the countries where it was possible to make events. I played in Serbia, Croatia, Turkey, Bulgaria and Hungary as well.

But yes, it’s a difficult period of our life. My USA tour was postponed the second time this year because of the travel restrictions. Just like my show in Switzerland or Germany, France, and in many other countries…

The industry is trying to restart and the people are excited and waiting for big events and the club shows as well. Some of the festivals are opened in UK and in the US as well for example. So it seems we are on the way. I pray for South America as it seems the whole process is slower there. But I’m also with my Spanish, Italian, and French friends and fans as well. Germany is opening for club events just like Switzerland and some other countries. The door restrictions are not helping the restarting process but the industry is on the way even if it’s difficult now.

We are all together in this situation. Let’s hope for a better future.

What is the new album dedicated to? Are there any joint collaborations with your colleagues on it?

Yes, the first track “Water” was made in a featuring collaboration with Xenia Beliayeva. I think her voice was unique for the mood of that tune. It’s an interesting soft contrast for that energetic track. I like that balance.

Also, there is a collab with Air Division. “The Blue Dot” track is a special album remake of my “From Outer Space” song.

The album is a voyage into the party moods across the different sounds of techno and electronic music in general. I dedicate it to freedom!

Is the name of the album Voyager related to travel? Is it a journey into music or it is a desire to return to the days when there were no restrictions on performances due to the pandemic? What facets does it reveal?

Actually, it’s all together. When I created the tracks I had many different visions. Memories of my shows or simply some moments of my tours. I had interesting encounters with people all around the word, from Australia to the US, from South America and Asia, or Africa to Europe. I met nice people and cultures everywhere. Music and love connecting people.

This album is a voyage into the sounds and it’s trying to show some of my feelings when I was partying or having fun with the people all around.

The message is simple “Open your mind and take a journey into yourself and travel all around as well. As that’s the key to find your tolerance, energy that’s how your picture of world and people will be complete as much as possible.”

Your new album will be officially released on the 15th of October. How will it happen? Do you have special events dedicated to that? Will it be released on a Footwork label?

Yes it will be released on 15th of October, 2021 on Beatport and Spotify and 2 weeks later in all the other shops.

Also coming soon on vinyl as well a months later. It will be released on my Footwork imprint yes. That’s how I had enough freedom to find the right date and details for the LP.

I do have a longer album tour in our plans but we are waiting for the news first. We have to see how the restrictions will be changing.

Which track from your new album are you most proud of and why?

Wow, it’s a so difficult question. All of them are my babies.

I really love “Water”. It’s my secret weapon when I’m DJing but I like “Redhead” as well. “2K Roller is also one of my favorites as it has an old-school loopy techno mood that I really love.

But “The Blue Dot” is an interesting track as well for me with that melodic techno / afro house vibe or “Dub Preacher” which is the album version of “Preacher” with a bit more 303 acid techno elements.

I love the “Voyager” track itself as well. I feel that ambient vibe.

So I can’t choose as you can see!

What is important for you at a live performance? Tell us about your experience of exchanging energy with listeners. How do you choose a shortlist of tracks for gigs?

Well, my shows are the desserts always. I spend a lot of time in the studio and I can test and play out my new babies at the events finally. I love that energy. The whole interactive communication with the crowd when I’m DJing.

I never make plans for my shows. I’m just trying to feel the resonances there and lead the people on my vibe. I’m 100% a DJ when I’m in the booth. Playing many promos or demos and creating something new from the tracks into a DJ set. DJing is the art of the moment to me.

Jay, Voyager is only your latest next album. What is dear to you about each album and what especially inspired you and influenced its writing?

I think I was in different phases of my life and inner journeys at all the creative processes of each album. And you can feel it on all of them. I think all of them were the actual imprint of my current life. But to be honest I don’t really check back. I keep my focus on my future ideas always.

There are many restrictions associated with 2021, as well as with 2020. Nevertheless, you manage to perform and travel, even if not in such numbers as before. Please tell us about your impressions of live performances over the past period?

Yes luckily. Well, the people were very happy, friendly and energized all around. They were waiting for the parties and it was amazing to meet them finally. We were talking before and after the shows and it seems this rave generation is trying to get closer each other. That’s the way I guess. That’s the key of life. Let’s get closer!

Is there something left behind the album, some interesting moment that you want to share?

Well, the first version of “Water” track was played by me in Lima, Peru almost 2 years ago. I met some nice people there at backstage after my show and we had a nice hanging.

When I went back to the hotel later, I was so surprised that 3 of the nice ladies investigated/figured out where I stayed. One of them said my set was hot and the only thing that she thoughts was “water please”. She said some more nice words as well but it’s personal. (laughs)

So the point is, that was the time when I was fully sure that the name of track was a good choice.
As soon as I came back home just contacted with Xenia Beliayeva to build up the speech elements for the track.

The track was changed more times till the final version and I get very amazing feedbacks all the time when I played it. Thanks for the people!

We also recorded an official video as well for this track. I also debut as the co-director in this video so I’m very excited.

It will be also published together with the album on October 15, 2021.

What are your next musical plans, besides the release of the album?

The next plan is to continue my tour of course. I’m really waiting for more and more personal contact with the people all around.

The shows are coming luckily as fast as the world is opening so I hope we are on the way to some great raves.