In Interview with ED ED 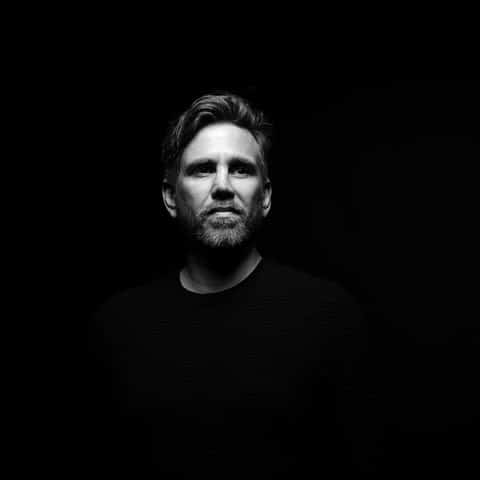 In Interview with ED ED

We interview ED ED, a producer, DJ and radio host based in Zurich. He releases on Moodmusic, NOIR, Bedrock, Poesie, Get Physical, Exploited and many more. His live sets are an energetic story made up of deep, tech und touches of techno.

Born in Offenbach, ED ED already in his youth laid down the foundation for a career characterized by energy and stylistic accuracy. Already going into the DJ circuit at the end of the 90ies Ed’s passion for music began when he shopped inside vinyl stores.

At just 6 years old Ed moved to Vancouver in Canada, but retained, especially in his early teens, his musical roots in Germany. Thanks German New Wave bands and legendary groups like Kraftwerk, Ed discovered the soundscapes that would shape his life and, in the late 90s, finally prompted him to take a leap of passion into the career of his choice: music production and DJing.

Today, style and direction are defined, and ED ED does not lose sight of either. His music reflects this force: clean lines, vibrant bass, and cool energy all combined to make his sets a worldwide success.

Enjoy our exclusive interview with ED ED below.

How do you feel about the rise of illegal raves- a return to the 90s independent spirit or a different context?

I think it’s a normal way of people trying to gather and dance and experience a united social experience. It’s in our nature. Of course we have the pandemic so I think there needs to be extra carefulness in how to organize them.

But in general it’s amazing how promoters and clubs are organizing themselves to still have smaller parties outside – it will be a challenge to see what happens in winter when the weather gets cold – at least in Europe, the States and Eastern Europe…

And how do you feel about people playing these so-called plague raves – should they so no, or are they free to play them if they are booked? Is it not slowing down the red try for the rest of us if they keep spreading the virus amongst young people? Is it selfish?

I actually played at some private events a month back but actually stopped playing since I felt it was unsafe to play unless there were valid actions taken by the organisers to make it a safe happening. I would leave it to everyone to decide if it is selfish or not. If I had family or living with my parents I would not go to any bigger events at the moment.

How much synchronicity is there between your DJ sets and studio time? Do the two feed into each other?

Well at the moment there is none so it’s basically just studio time. But usually in between you do feed off the live gig vibe and can test your records in front of a crowd.

I think it’s really important to have time in between productions to have some distance to tracks and also add or remove parts and sounds to make them work even better. I really miss playing live since that energizes me a lot and pushes the creativity.

You work with Sasse at Moodmusic – What is your role, what are you responsible for, what do you do day to day?

We worked together until 2 years back and I was basically A&Ring for the label. We started out in 2012 when I was doing bookings for Cookies Club in Berlin and we met there. Sasse basicall open the doors to the underground scene and we worked together until 2017 when we need a bit of a break from the intense work. I A&R’ed most of the records to that point and now we are working on some new projects coming up in early 2021. Really looking forward to that.

Tell us about the art of A&R – what are the secrets? What are you looking for?

The art of A&R ing is a lot of patience. I say this since you need to listen to a lot of music and also lot’s of music that you may not like since you receive a lot of demos from all sorts of producers. The art of that is a bit difficult to describe since as an A&R manager you have your own taste and vision for the label. And you need to set high standards in Production and Sound. That would also be one of the most important things. For underground labels there is a huge spectrum of sounds you can sign. Probably for major labels there are different factors like target groups and commercial success. Of course every A/&R is looking for that Gem to sign but that as I mentioned in the beginning needs a lot of patience and perseverance.

How much is social media changing the game – how much do you need artists to be big on numbers in order to make it worth working with them?

I’m also starting to up my game on social media. I think if you’re a bit introverted and not as “ loud” it is a bit of a disadvantage since you then just rely on your music. I think today you need to use social media platforms to engage your audience. It’s a bit sad to see that in some cases music is degrade to second place after social media likes and views. But also happy to see that lot’s of labels still focus on music first – social media second.

When and where did you first get into electronic music – was it Cologne, was the scene as developed when you were there as it is now?

I started playing in Cologne way back when the rave scene was slowly starting. Now everything has moved to other capitals like Berlin, London and the festival scene. Things have definitely changed.
I probably sound nostalgic but no phones were quite refreshing looking back. Everything was still developing and flyers and booklets were used to promote parties :D Also carrying around Vinyls was definitely not helpful for back issues hahaha

And what Canadian background do you have? How long were you there?

I grew up in Vancouver and lived there until I was 16. I try to visit as often as I can but it’s not around the corner so I end up going every 1-2 years. Vancouver is such a laid back city and really nature-intense which I do miss over here, but musically and music culturally Europe has so much more to offer.

Now you’re Berlin-based, do you feel like the city has most influence on you musically?

I am based in Zurich and Berlin and feed off the vibe of both cities. Berlin is so progressive on sound and development of the electronic scene – it always pushes you further and further. Producing in the studio in Berlin immediately gives me a different vibe and also pushes me to cross boundaries and try new sounds and sound design. The city pushes you to make new music and get inspired by fellow artists and also artists that play here from all over the world. It’s a very competitive environment to be in – so don’t underestimate that… the pace is quite fast…)

Tell us about your new one on Get Physical – what inspired it?

My Next Single will be a remix for Roland Clark’s “I Get Deep.” I tried to give it a new modern twist and underline the “Deepness” Message Roland is conveying with the hedonistic vocals.

EdEd has his release Riding to Mercury on Exploited Ghetto September 18th, EdEd’s Version of Roland Clark Ed Ed – “I Get Deep” out on Get Physical this November 2020.

Also watch out for a release on Studio Kreuzberg (featuring an Acid Pauli remix) which is due out in November.