In interview with DJ Vivona 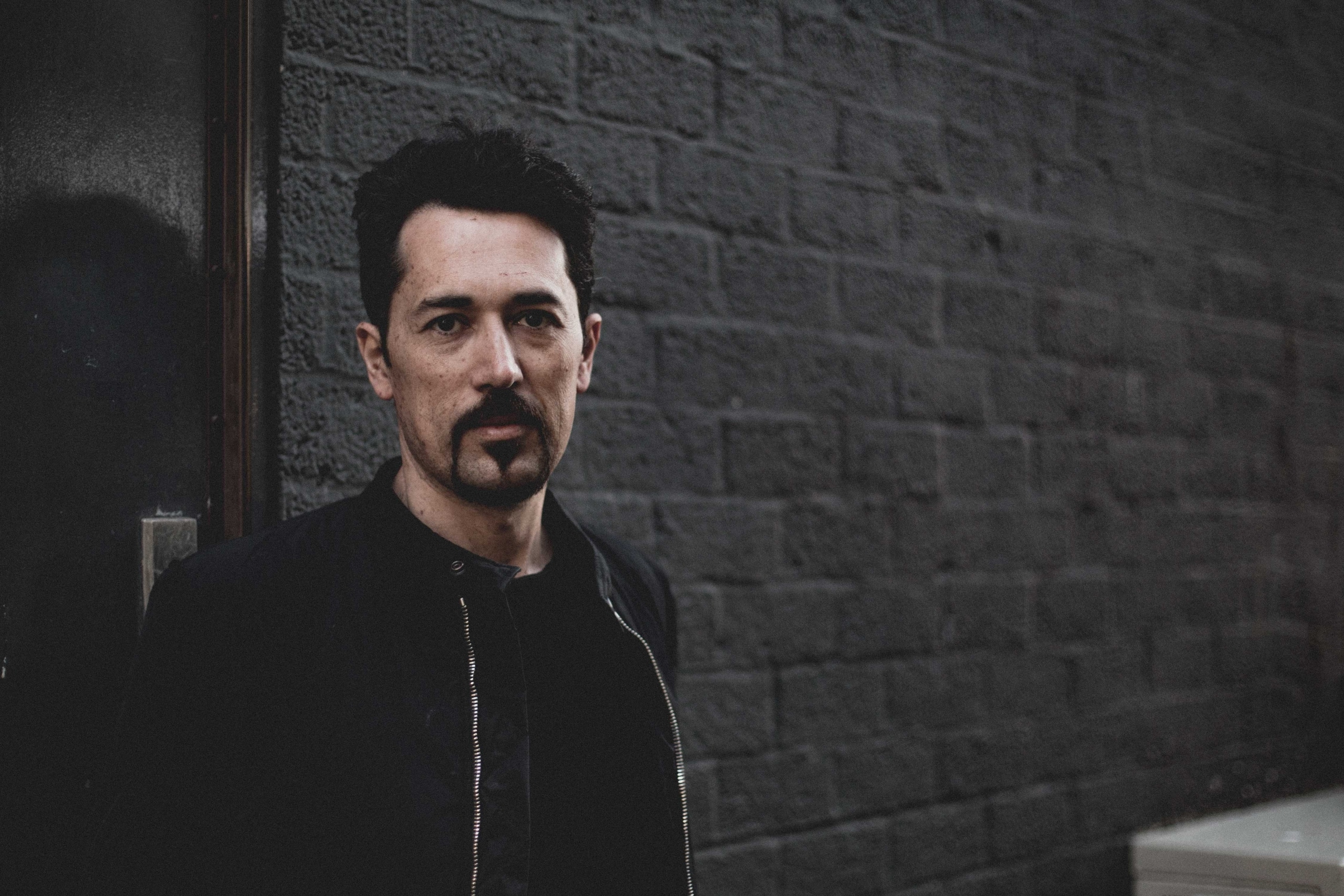 In interview with DJ Vivona

Sicilian producer DJ Vivona has been a stalwart on the music scene for a number of years, running his successful Sunclock label, known for its contemporary Afro, Deep and house output. Some of his own productions for the label feature acclaimed vocalists such as Lisa Shaw and Joi Cardwell.

As DJ Vivona drops his brand new single ‘Over Him, Under Him’ with soulful songstress Monique Bingham, 6AM grabs a chat to find out more about the Sicilian maestro…

Hey guys, thanks for inviting me! My 2020 is going really well, all things considered. I was excited to be NYC most recently, where I played for the first time at a couple gigs before the Coronavirus situation made everyone in the city self-isolate. I’m back in Italy now and still keeping the vibe alive by releasing music. My last release ‘Waiting For You’ on Crystal Waters’ IAH Records with great remixes by Alexander Technique & DJ Kue received some support from big artists like Todd Terry and Low Steppa. Now I have another couple of other tracks out, a re-release of ‘Black’ on King Street Sounds with a new remix of Marco Lys and there’s my new song with Monique Bingham.

Please tell us a bit about where you’re from and how you first got into DJing and producing?

I’m from Italy, Sicily to be more exact, that beautiful island in the south. I started my love for DJing in 1992 and was just 13 when I bought my first Technics turntables. I frequented some of the best clubs in Italy likes Echoes in Riccione, where I heard some of the best DJs in the world, after which I started playing events here in Sicily alongside regular international guests. I took regular trips to London to buy vinyl, the record shops were magic places where I would dig in the crates for many hours. My transition to music production happened a few years later, when I bought my first set up: a nice sequencer, MIDI controller and drum machine, Roland TR-505, Roland JX-8P, Akai S700, DAT, Cubase with an Atari computer. I also studied history of the music at the university in Palermo, where I graduated in music disciplines on 2009

My sound reflects my personality and what I hear. So I like to switch between House, Deep and Melodic Techno and sometimes I mix in other different styles too. I have thousands of records that I bought over time and each one has something special that I like. I don’t think that a DJ producer should produce a single musical genre, if they have various ideas, they should try to develop them and push their sound limits.

“I love music, any kind of music, just as long as it’s grooving” (like the The O’Jays song). I listen to all kinds and from every angle, so I have many different influences from Classical to Techno, from Stravinsky to Gershwin to Miles Davis to Stevie Wonder to Kraftwerk and all the way up to House Music. I also listen to a lot of Jazz, Disco, Rock and and the whole spectrum of electronic music, including the entire history of House.

You’ve just released your new single ”Over Him, Under Him’ with Monique Bingham please tell us a little about the release and how it sounds?

I had wanted to make a record with Monique for years and then my wish came true. The song is released with four different versions. The original version Monique wrote to is an Afro House track, then I added the other treatments: House, Classic and Deep. I have been working on this project for over a year, often going back and forth with Monique for her opinion. We are both pleased with the result and hope the people enjoy it too.

You’ve produced several different versions of the song yourself, is it fair to say you’re quite eclectic in your music taste and production and which mix was the most challenging to make for you?

As I said, I listen to many songs. Frank Zappa once said: “Every day nobody walks at the same speed”, to say that every day he has a different mood. It’s the same is for me. When I go into the studio, I don’t know what will happen. I turn on my synths, the machine drums and I see how I feel in that moment. Each song is a new challenge, the result of the moment and the experience gained. Without a doubt, the deep version was the most difficult to make as I had to find just the right combination between Monique’s voice and the dark electronic sound of the version.

How did you link up with Monique and have you plans to work together again in the future?

I’ve always been a fan of Monique’s amazing voice and songwriting. I booked a debut mini tour for King Street’s Anniversary party exactly 10 years ago in Sicily. I brought her, Jon Cutler and Joe Berinato over for their first gig on the island and we all played together. When I heard her perform I knew I instantly wanted to make a record with her and a decade later, here we are. I definitely want to do a follow up collaboration and bring Monique back for more shows in Italy once everything gets back to normal.

You have worked with acclaimed artists including Lisa Shaw and Joi Cardwell, among others, who else would you like to collaborate on a track with?

There are a lot of people, but I’d love to work with Anabel Englund, she was incredible in many productions like “Electricity”. Also Róisín Murphy, who I’ve been following since the days of Moloko. Ursula Rucker for her magical spoken word, Sailor & I and of course I’d love to work with Björk, she’s always been ahead of her time. The possibility to work with Black Coffee would also be incredible!

My studio is constantly evolving. Each new synth can give me inspiration. My favorite instruments are Moog synths, I have different models and a Tanzbar drum machine. Then I also have Korg Micro, Arturia Minibrute and several acoustic and percussion instruments, including a Marimba, that I bought over time whilst traveling. I also use many of the same virtual tools as many other producers to give the projects some nice final touches.

You’ve been running your own Sunclock label now for many years, what releases have been your highlights?

I love all Sunclock releases obviously, but some leave me feeling something extra special. Some of the highlights are: Leonardo Chevy ‘Play My Game Album’, Enoo Napa ‘Elements EP’, Abicah Soul ‘Noise Pollution EP’, Sossa feat. Snowflake ‘Reflection’, Randomized Coffee ‘Agboho’, among many. And of course my releases with Lisa Shaw & Echo B ‘Back2You’, Joi Cardwell ‘Magic’, Jinadu ‘Angels Cry’ and Rahjwanti ‘Just So You’ll Know’, which all feature some great remixes from he likes of Opolopo, Echonomist, Demuir, Rocco, Hector Romero and more. Sunclock’s artists are impressive and I feel very blessed because I’ve been receiving a lot of demos with awesome productions by many new producers that are locked and loaded. I can’t wait to release them.

Aside from your releases on Sunclock, you have also released on prestigious labels such as King Street Sounds, Subliminal, Nite Grooves, Nervous, Armada Music and many more. Which has been your own favourite personal production or remix so far and why?

My own fave production is ‘Black’ on King Street Sounds. I liked revisiting the 80s pop sounds, and on this track I was able to use many elements typical of that period. Instruments that have made their mark on an entire generation, such as the Linn Drum or the Minimoog synthesizer, characterized the sound of so many productions and defined a musical era. To still be able use them today and revive that type of sound is something I really enjoyed doing. When I saw that ‘Black’ was supported by big artists like Marco Carola, The Martinez Brothers, Seth Troxler and Kerri Chandler, I was amazed and it made me want to keep making more tracks.

What’s been your most memorable DJ Vivona gig so far and where would you most like to play in future?

I’ve had many memorable gigs over the years, but the ones so far that I will never forget would have been at Marabù Disco in Giardini Naxos when I played with Seth Troxler and at Afrobar in Catania with Jamie Jones and Sven Vath for With Love. Also in 2000 when I brought Satoshi Tomiie, Frankie Knuckles and 2002 Louie Vega, to Sicily for the first time. It was like a dream come true! Most recently, last summer I played with Carl Cox and Nic Fanciulli at the archeologic temple in Selinunte for Unlocked Music Festival. It was epic!

Last winter at ECS Dogana in Catania I also played with Erick Morillo and he’d been crazy for my track ‘Worldwide’ that he signed for his label. It’s amazing the kind of power and synergy that can happen between people when they connect musically. Outside of Italy I can’t forget my debut gigs in Mexico at Coco Maia, Ibiza at km5, Portugal at Plano B. I would love to play more around the world, in each country to feel the different spirits and of course, including the best clubs of New York, Berlin and Ibiza.

As someone who travels regularly DJing, how has the Coronavirus effected your work and what have you been doing to keep yourself occupied during lock down?

Well, just this past March I was scheduled to participate in an A&R panel at WMC in Miami, it would’ve been my first time on a panel for the conference, which I’ve been attending for many years. I made it to NYC and was able to do a couple of gigs at TBA and The Funktion House in Brooklyn, before I was scheduled to be in Miami, but unfortunately I had to cancel everything. I’ve been creative in isolation, working on more music and releasing more tracks on Sunclock.

Aside from the new single with Monique Bingham, I have a couple of forthcoming tunes on Subliminal Records and a secret collaboration with a diva, all to be released by the end of the year. The diva collab is going to be really special, but that’s all I can really say about that one right now, but stay tuned!

‘Over Him, Under Him’ by DJ Vivona is available via Traxsource promo May 7th