In Interview with DJ Nibc: 20 Years Of Trunkfunk 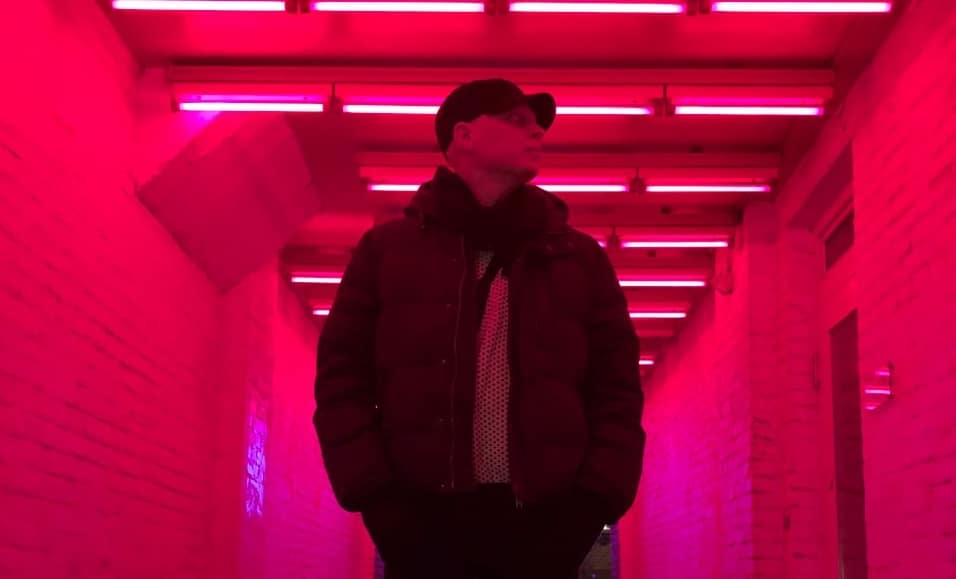 In Interview with DJ Nibc: 20 Years Of Trunkfunk

Today we’re speaking with Fredrik Nyberg, aka DJ Nibc who, 20 years ago, founded Trunkfunk, a label that would go on to pioneer the Scandinavian house scene up to this day. Marking the mammoth occasion is the 20 Years Of Trunkfunk vinyl sampler series. Fresh from the release of Part 1 in August, Trunkfunk continues their twenty-year celebration by welcoming in Part 2 this October.

In occasion of this milestone, we had a chat with DJ Nibc to discuss the 20 Year history of his label Trunkfunk.

Fredrik! Thanks for speaking with us today, what a milestone it is you have just reached with your label Trunkfunk! 20 years of the label, tell us, how does it feel to hit this milestone?

Thanks for having me. It feels great that the label is still very much alive and kicking. I’ve always been excited to see what the future holds for Trunkfunk, and in this year of change I think it’s more important than ever to focus on the music and the passion that have been the driving force behind the label during all of these years.

I can’t help to also feel a bit nostalgic, reminiscing about all of the club nights we’ve hosted over the years, yearning for more of those nights since the sudden death of the club scene this year. But we’ve got a feeling that all of this built-up tension and frustration will lead to some next level stuff as soon as things turn around.

Marking the 20 years is a 2-part vinyl sampler, of which Part 1 arrived in August. Part 2 is set to arrive at the end of October, tell us, what can we expect from it?

Part 2 continues and picks up where part 1 left off. I like to see these as chapters of our story through music. Trying to cover the different shades of Trunkfunk, both looking back and also looking forward. We’re proud to feature six more stunning tracks on the second part of the sampler series. From melodic driving rhythms to leftfield techno and acid. Including a special vocal track that I think works well as a sort of closing track for the samplers before we present the full compilation in December.

Given the significance of this release, we’d love to hear a bit about the artists who feature on the upcoming Part 2 and their relationship with the label?

All of the artists on the compilation are connected in our network of friends but a lot of them are actually new to releasing on the label, some of them have played at our parties. We’re super excited to welcome fellow Swedish house heads Art Alfie and Måns Glaeser from ‘Off the Meds’ collective to the label. They’ve created something of an anthem that has received great feedback.

We’re also super happy to release a new banger from our old pal Hans Berg who brings the acid in his hypnotic ‘Serpent Swing’. Plus a bunch of incredible tracks by up n coming artist DJ Vanilla from Morabeza Tobacco and French techno veteran Voiski. Last but definitely not least, a label debut by Swede-Belgian collective Icarus Traxx featuring hypnotic vocals by S. Ruston.

Going back 20 years to where it started, what was your mindset like at the beginning of the label? What was inspiring you and what were you hoping to achieve?

It’s hard to remember the exact circumstances, but I think we were hoping to release our own music and tour internationally after we had done some successful club tours and festival gigs in Scandinavia.
I recall that there was a kind of “anything is possible” mentality in the 90s, but that could also be the mindset that we had because we were new to the scene. Inspired by a lot of the 90s house sound and labels like Crydamoure and Roulé from France and labels like Relief and Cajual from Chicago.

We also followed Djax-Up Beats which always made interesting special designed sleeves and merch. I think that inspired us to go that extra mile with the artwork. Which also came full circle when Djax-Up legendary designer Alan Oldham made the “Doorman” artwork.

Has the label’s mission changed at all over the years?

I think the label’s mission definitely changed over the years. Mainly because the scene changed so much and we adapted to those changes in a lot of ways. I relocated from Sweden and spent most of the last decade in Berlin which influenced the sound and releases a lot as well. Something that’s always been part of the mission is having ears to the underground club scene and use that energy to develop the sound of the label. It’s been our guiding compass, and it has showed us how to navigate forward.

Trunkfunk has always had a strong visual personality through its artwork, we’d love to hear a bit about the designs for the 20 Years Of Trunkfunk samplers?

We’ve been lucky to have worked with so many talented designers throughout the years. For this special anniversary, we’re stoked to have the talented Marija Marc curating and designing everything for the anniversary. Here is her explanation about the artwork she has made for us so far:

“Trunkfunk being quite an eclectic record label, I thought the artworks had to represent that through the usage of colours, textures and widths. With the Sampler pt2, it was quite easy, I wanted to illustrate the reflection OR the growth of Trunkfunk – you look into the mirror, 20yrs later, and you still see the same fresh image of yourself – basically sticking to your roots!

With Sampler pt1 it was more like an idea that was inspired by one of the 1981 book covers – the perspective grid has got quite a literal sense of infinity, and is somewhat a visual identity trait of electronic music. Bright colours and shiny details – needless to say – a joyous anniversary edition.”

It’s amazing to look back across the history of the label, and it is equally exciting to look forward to the future of it too. We’d love to hear a bit about what’s to come from Trunkfunk?

I think this year we really reached some new insights and found an interesting new direction thanks to the anniversary release. This will set the tone for the coming years and we would love to continue to work with albums in the future. Also looking forward to trying out some new ideas for collectibles for the future. We have some great music and artwork in store for next year too. It’s too early to talk about that now but it will continue in a similar style as the anniversary compilation!

Thank you for chatting with us today Fredrik. A huge congrats to you and all involved with Trunkfunk for hitting this landmark!

Thanks so much for the interview and kind words. We really appreciate your support! Stay tuned for 20 more years of Trunkfunk!