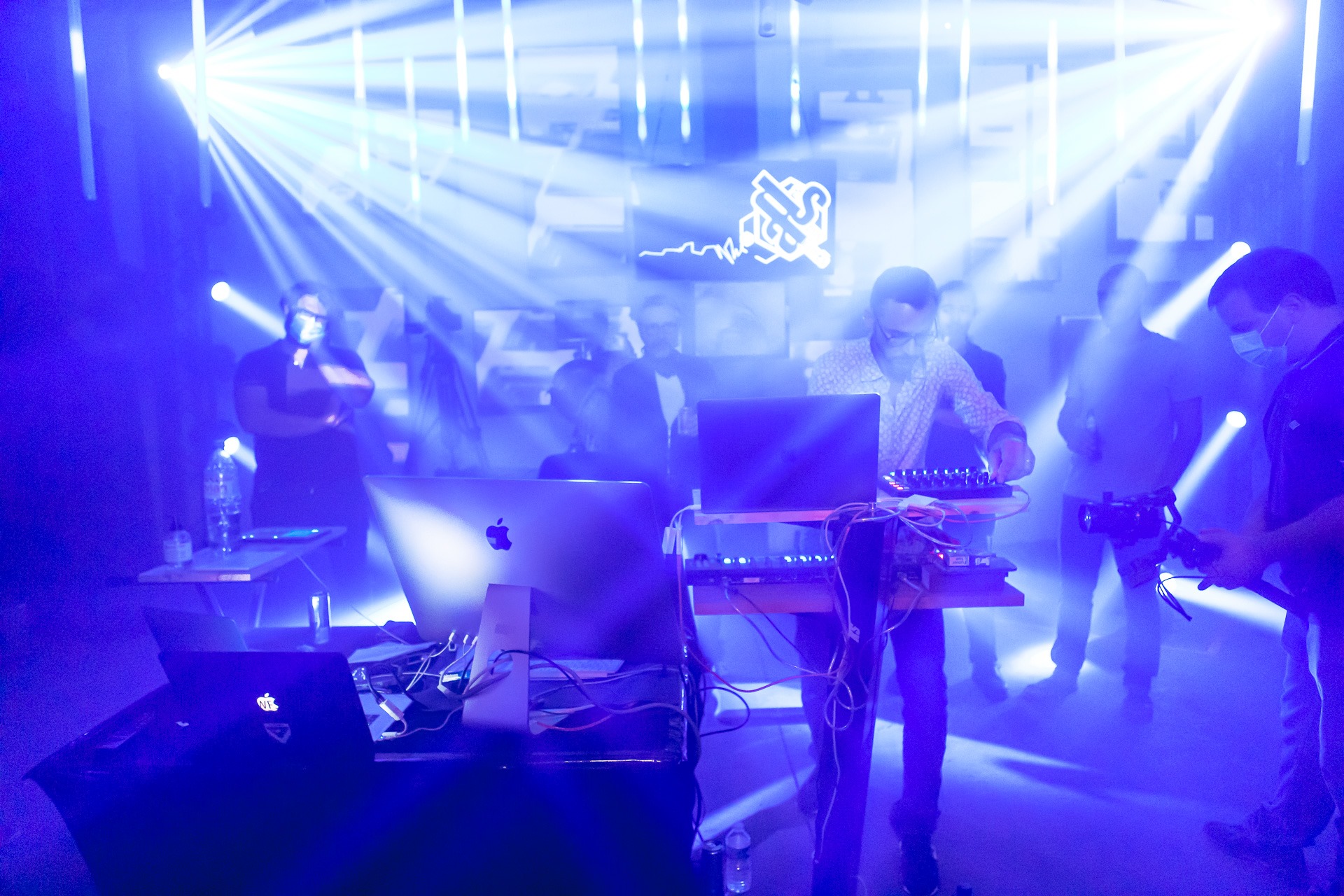 Elephantmat, born Mathieu Rossier, founder of 32-speaker spatial sound studio Des Sons Animés, has been hosting a series of live streams via his Facebook platform. The genius producer and studio engineer takes listeners on a journey with his live performances in binaural sound, whilst screen sharing his Ableton set up for viewers at home to follow, splitting the screen with footage of his movements. The series has been easing lockdown for music creatives with his weekly output, with views gradually building every week.

Des Son Animés is the first private studio in France to use Wave Field Synthesis in musical applications, utilising and researching the modern touch of spatial sound.

We recently talked to Elephantmat about his live streams in 3D sound, and what it is like running the spatial sound studio Des Son Animés.

Hi Mathieu, how were the holidays for you? Were you working on any music over the Christmas period?

Hi team and all the best for the New Year.

Holidays? Which holiday? In December, we participated in an incredible immersive musical experience in an exceptional place. I can not say more but you will quickly hear about it !!!!

Tell us a little bit about the Des Sons Animés studio you helped found? What inspired you to open the studio? Is there a big team of you at the studio?

Des Sons Animés is a concept that is 20 years old and dates back to the days when we had a sound system on the underground techno scene. The idea was to produce my Live performance on immersive audio devices (multi-channel at the time). Due to the lack of suitable technology, the idea was abandoned but the name Des Sons Animés remained.

It wasn’t until 20 years later that I brought together 3D audio experts and relaunched Des Sons Animés as a business structure of which I am president. The team consists of a technical and acoustic director, a sound engineer specializing in all audio3D formats and a general manager / Swiss Army knife who develops all the interfaces that allow synchronization between the movement of sound objects and others. artistic universes. 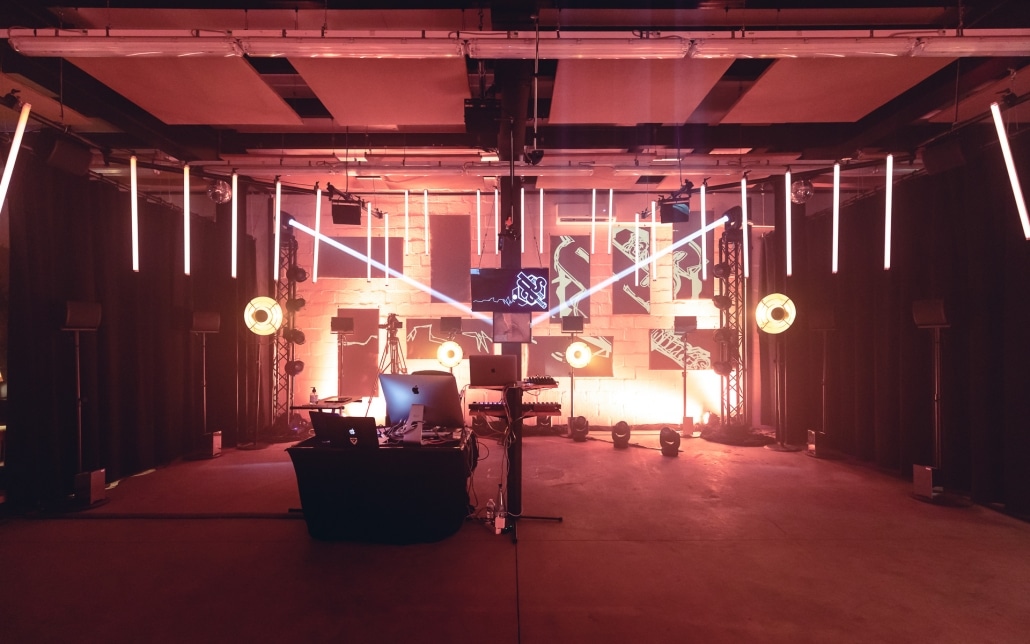 Can you explain a little bit about the residencies at the studio? How do these work? Which artists are you working with?

We launched the residency program in July 2019. The aim of this program is to artistically and technically support candidates who wish to integrate 3D audio into their own worlds. We welcome them, train them on spatialization tools and techniques, then they stay 5 days in immersion and creation in the studio to work on the spatialization of their musical creation.

The residences are closed by a showcase during which the artists render the spatialization work live. We invite around fifty people for the occasion and we produce a video object of the performance with binaural sound encoding for spatialized listening through headphones.

The flat-rate cost of the week in residence + showcase is around € 4,500. These residencies also make it possible to prepare spatialized works that will be played at festive events on large 3D audio systems. We received Masomenos, Calling Marian, Christopher Kah, Electric Rescue in residence, and many discussions are underway with… (laughs) 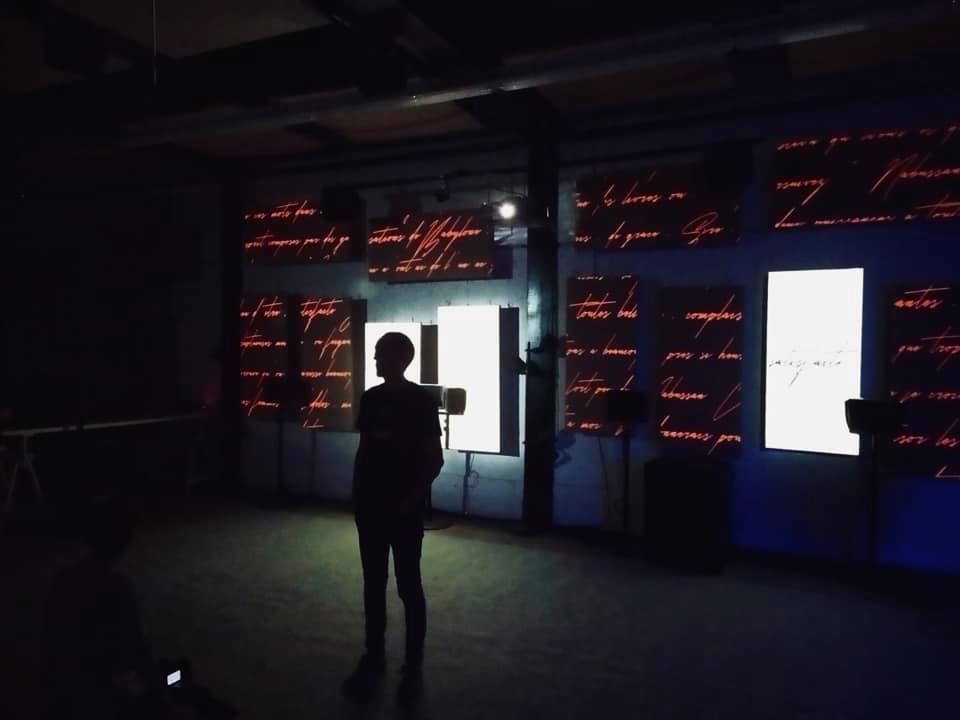 You have been providing weekly streams during the lockdown in 3D Audio, how important is it to you for listeners at home to be able to experience the 3D sound?

It was our Swiss army knife, Rémi Bessaix, who had the idea to launch these 3D audio streaming sessions at the start of confinement in France. He set up a workflow that allows (after working on the spatial writing of Live) to directly encode the audio in binaural and stream it. For the second season (during confinement 2), the workflow evolved and we replaced the PANORMAIX of IRCAM which was used to encode in binaural AND to monitor the spatialized Live on the 8 speakers of my studio, by the SPAT REVOLUTION of at FLUX, which was a technology partner for season 2. The latest version of SPAT is overkill.

These 20 binaural sessions had quite a bit of hearing (+/- 90K views). Listeners were able to enjoy a true 3D listening experience while staying at home. One way to stand out by offering a technological evolution in the way streaming music is consumed and raising public awareness of binaural listening to electronic music. It has made followers, loyalists and ultimately serves our desire to democratize 3D audio technologies.

With electronic music becoming exceedingly more and more popular, and the market continues to grow, how important do you think it is to inspire the younger generation to stay true to themselves and do things the “right way”?

I think you always have to look to the future, without denying your origins, influences and past experiences. But use it to evolve and develop your artistic universe.

I am not against nostalgia, I myself am deeply. I find it hard to find the grain and soul of early electronic music. But in fact, everyone has their place and their role to play in the evolution of our culture.

At Des Sons Animés, we try to contribute to this evolution with the technological angle at the service of the artistic.

What do you have planned for Des Sons Animés in 2021?

There is 1 major stake for DSA in 2021: to survive !!! More seriously we will accelerate on :
digital music in 3D: the Des Sons Animés studio has been validated by DOLBY France to mix and master musical content in the ATMOS MUSIC format for streaming platforms such as TIDAL, AMAZON or DEEZER. This is the future standard for online listening and the stakes are enormous for the streaming industry who need the infrastructure to produce this new content. (I would like to greet Mr Rodriguez Jr, who experimented with the ATMOS workflow by releasing a 3D version of his album Blisss. Bravo!)
And on Live music in 3D: we are actively campaigning for the democratization of workflows for the creation and distribution of immersive musical content. The will must come from the artists. The residency program was also launched for this.

Spatialization offers creators a new playground, without limits or rules, a new dimension with which we can tell our musical stories differently, embellish them, enhance them, make them interactive and synchronized with visual universes … So why is it depriving?

Do you have any Elephantmat news you would like to inform us about? Any releases?

I am working on a new album entitled “Scenes of the Street” which will probably be released at the end of 2021 accompanied by its Live versions in 3D and DOLBY ATMOS MUSIC of course!!!

Perhaps a new season of Binaural Session if there is re re re confinement in France, I frankly do not hope, even if these weekly meetings serve to bring together and weld a community around this new paradigm of composition and listening… and then there is this project that I told you about in the introduction: something huge, gigantic, MONUMENTAL (#gros teasing)!!! Stay tuned to find out more… 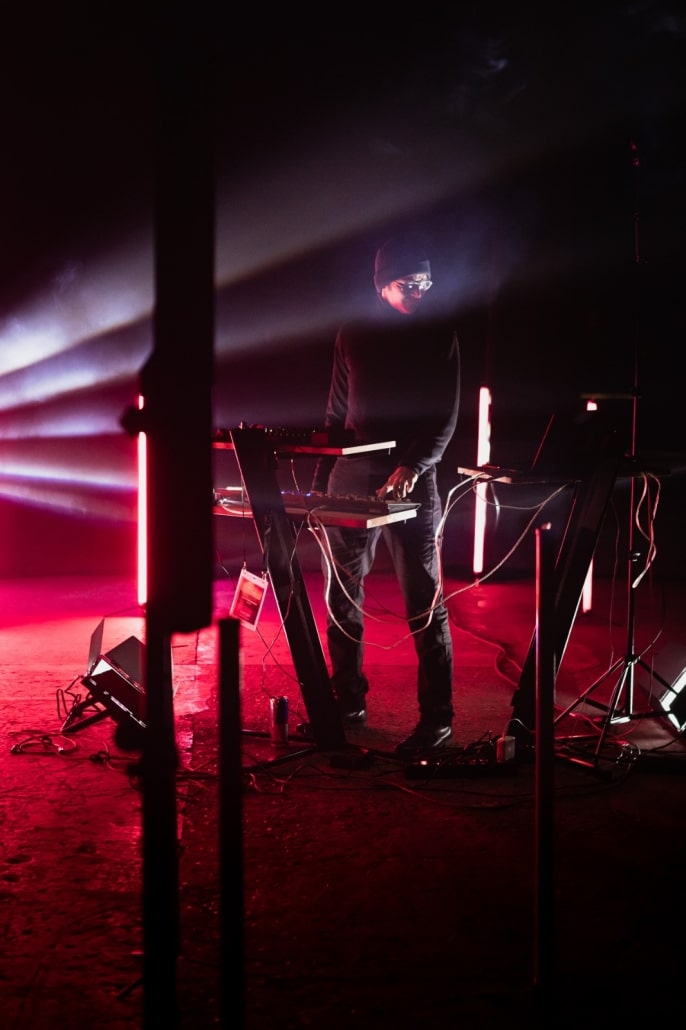 Thanks for your time, best wishes for 2021

I wish you the best for 2021, sound, parties and laughter.