In Interview with Deas 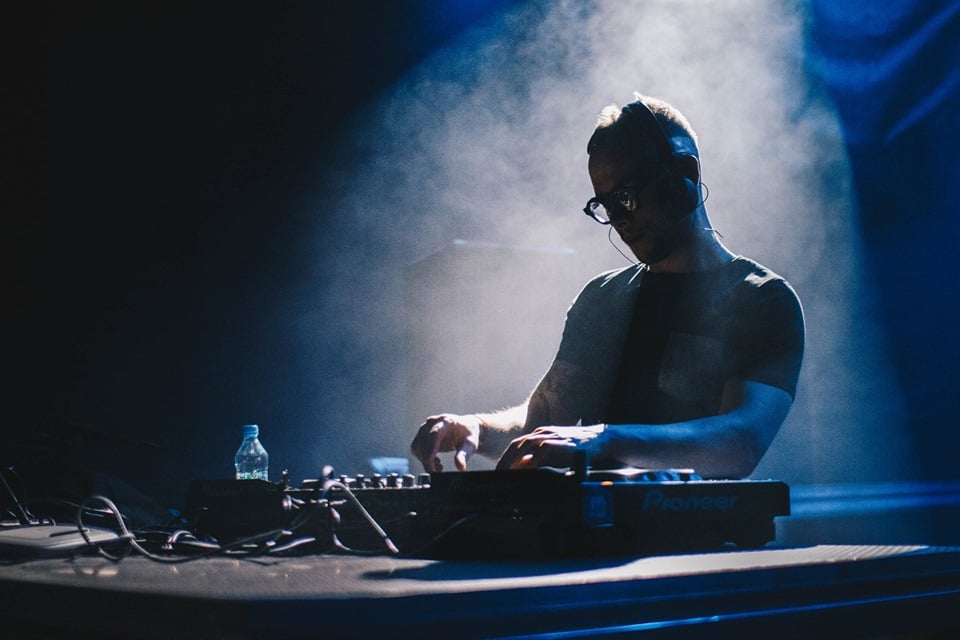 In Interview with Deas

Deas is fast becoming one of techno’s most exciting breakthrough artists originating from Eastern Europe. Not yet 30, he has been mastering his production skills for a decade and during this time he developed an impressive studio, where most of his music is recorded live.

His hard work is presently coming into a full effect with the releases of a number of labels ranging from Pan-Pot’s Second State, through Bush Records, OFF Recordings to Kevin Sanderson’s KMS Records and Planet Rhythm. Furthermore, he also receives well-deserved recognition around Europe, with recent appearances at Kompass and Labirynth in Belgium, Ritter Butzke or Sisyphos in Berlin to name few.

We talked to Deas to find out more about what he has been up to.

Thanks for taking the time to chat! How has 2019 been so far?

It has been “busy” but also very fulfilling. I have already finalized and signed three new EPs to labels I like, they should be released this year. I’m working on more music and hope to sign even more EPs during the 2nd half of the year.

On the other hand, my DJ schedule is also full of many interesting gigs. What I do at the moment brings a lot of happiness.

What was your most intense gig so far?

I can’t name one most intense gig but it happens that I have more than two gigs in different cities during one weekend. This is very intense but nothing to complain about… That’s what I’ve always wished to do, I love it!

Without which special tool could you not survive as a DJ and why?

Nothing really special, but that tool would be my computer. I use it regularly to listen to new music and promos, to make my selection and to transfer the tracks to my pen drives.

How do you prepare for a night as a DJ? Are you planning your mixes in detail?

Checking, collecting and selecting music for DJ shows is actually a daily routine. Almost the whole time on tour, whenever I’m on the train, plane or in the hotel, is spent listening to the music I selected earlier. This way I’m prepared for every gig, I feel respect for the people on the dancefloor. Planning the mix in detail beforehand is not really possible. I like to go with the flow and that is, of course, an easier thing to do when you know your music well.

You are touring a lot and you’re releasing very impressive tracks. For example your latest EP for Second State, the platform Pan-Pot calls home. What’s the story behind the collaboration with the label and the release itself?

At some time 3 years ago I decided to send Thomas and Tassilo my unreleased music and… they responded! Funny enough they did that when I was spending my week off in Barcelona, I think that was just one day before they had their own party there. I was invited there to meet up with them and the rest of the Second State crew. This journey has started with one track on VA EP and is still going on – with 3 full EPs and remix work for Pan-Pot up to now.

The music business can eat you up. How do you stay mentally and physically fit?

I haven’t had that kind of problem so far. Maybe because I try to focus on the music itself and not so much on the business around it. I do my best to lead a normal life, like anyone else with a regular job and daily routines, just instead of going to the office I go to my studio. This also goes for Mondays, even after a challenging weekend. (laughs)

On top, I seek a healthy diet and go to the gym regularly to keep myself in shape – especially my back needs some extra care due to the stress it suffers from long hours in the studio or DJing. I also enjoy spending afternoons with my family and reading a good book before going to bed.

And what do you like most about touring on the one hand and working in the studio on the other hand?

The studio is indeed like my own world where I can create whatever and whenever I like and feel. It allows me to experiment with new things, new tools, exploring my instruments and all the endless possibilities that electronic music has to offer. But this isolation from the real world can also be a con as I am a very social guy. So after a whole week being locked up in the studio I look forward to the weekend when I can finally go out and meet people: share the music I love, enjoy my time behind the decks and the parties with the people on the dancefloor and friends I meet everywhere.

All in all, I think that these two worlds combined ensure the right life balance between being alone, focused, and out there experiencing music with other people.

What should we expect from you for the rest of 2019 and beyond?

I will definitely focus on my DJ touring schedule around Europe.

I also have an ongoing project on Live PA with my friend A_Gim which is called Blooma. Here we are also planning to work on new music and to continue live touring.