In Interview with Brian Cid 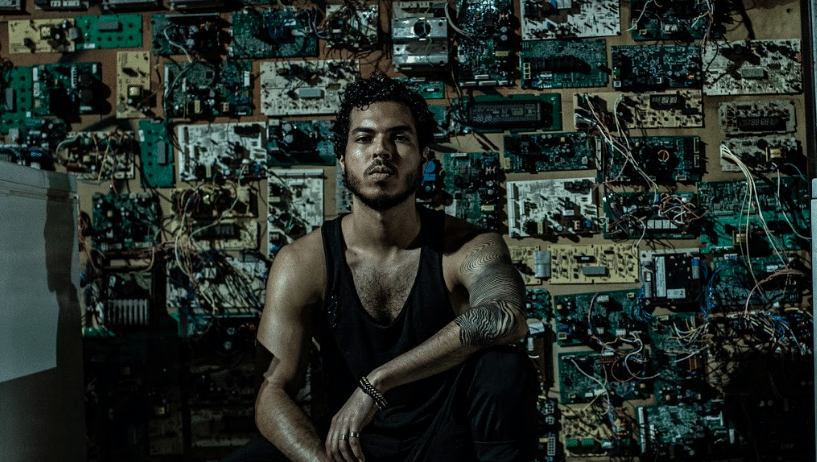 In Interview with Brian Cid

With years of studio experience under his belt as producer as well as a mixing and mastering engineering for today’s top pop acts including Lady Gaga, Beyonceé, and Bruno Mars, Brian Cid looks to make his mark on the melodic, progressive side of techno with Meteorite Man. Going further than ever before, the album offers a stunning ten-track masterpiece that takes listeners on an immersive musical journey filled with his lush and signature melodic style.

Hi Brian, thank you so much for chatting with us today. We’re nearing the end of 2018… how would you say the year has been for you?

Thank you for having me!

2018 has been a very fruitful year for me and my team. I want to take the chance to thank each one of them for their ongoing work with everything we’ve been handling together. On the other side, I had the chance to visit new incredible places, and was given the opportunity to spread my music in all corners of the world. It is a great honor to be within the group of people blessed to make this happen. Aside from various cool musical releases, we have been also focused on the development of my label ENDANGERED, signing new talented artists from around the world, and giving them a platform to shine showcasing their musical talent. Also, the official launch of our event/showcase series ENDANGERED took place in Brooklyn early this year. That, in conjunction with my debut album ‘Meteorite Man’ make this year a very special one for my career so far. On top of it all, we are finishing it with one of the biggest parties of the year at Avant Gardner with Cityfox. I can’t ask for more.

You’ve played so many fantastic gigs throughout the world this year, including Ibiza, Berlin, Moscow, India, LA, Chicago and more. Any highlight you’d like to share with us?

It is always hard to choose the best, as they were all very special in their own way. Ibiza was monumental, sharing the booth with such legends like Hernan Cattaneo, Nick Warren and Behrouz is always a big honor, they’re DJs I highly respect. Berlin, India and Argentina are amongst the best crowds to play because of their energy and high understanding of music. Shows I had in my hometown Brooklyn with Cityfox are always very special, and full with the genuine love of a highly demanding crowd.

So many other places to mention, not a fair question!

Congratulations on the upcoming Balance Music release! What is the meaning behind the title of the album, Meteorite Man?

My album Meteorite Man was inspired on a gift I received years ago of an actual piece of meteorite. The box contained a little man inside in the shape of an alien. This became ‘Meteorite Man’ who to me represents someone who has come to earth to make a big impact. It has come here to remind all of us of our blessings. It’s a messenger, it’s a student but also a leader.

How long have you been working on this album?

It’s been a 3-year process of slowly crafting tracks that tell a powerful story. They were all created in different parts of the world, inspired by things I’ve seen, impossible to put into words. It’s a very special selection of some of my best work.

How did you pick which tracks to be a part of it? Any particular criteria you used?

I selected the tracks that represented the story I wanted to tell. It’s a story of how I was able to step into other dimensions of understanding and awareness. How I was able to use my power within to uplift myself to a position of unconditional love.

Can you describe the location/studio where you produced the album?

Places like Argentina, Berlin, Jordan, Israel, Lebanon, Spain, Miami, New York, LA, Toronto and Mexico served as working ground for me. Big studios, home studios, hotels, out in nature, basements, living rooms…anywhere I could set up two speakers and let my mind and soul take over.

Is there an overall message/mood you hope the album will convey?

To me it’s self-empowerment, openness to the infinite and unlimited feel of love, focus, projection, feel a connection to our true self. But I feel like the message will be different to everyone according to where they stand in life. One thing for sure is that it will take you on a deep journey of thoughts and self-questions, you will then find your own answers. The answers to these questions will set the steps to the evolution of your mind and soul.

You played The Brooklyn Mirage for Tale of Us’ Afterlife party and return to the scene for Cityfox’s massive NYE event. How was that first gig?

My shows for my family at Cityfox are always better than expected. They always end up being epic. My Brooklyn family always gathers to show me lots of love and support and I pay them back with the best of me. I always make new music exclusively for my shows at Cityfox and then play them all around the world. Cityfox is a big inspiration for my sound and serves as testing ground for my best work. Cityfox always enjoys the very best of me.

What do you think attendees can expect from this upcoming NYE gig?

A bag full of goodies. New unreleased originals of mine as well as some of my album tracks played for the first time live, also tracks I am really loving at the moment. Expect a sonic evolution of where I stand musically and soulfully.

This was such a great year and the New Year is looking even better, filled with new releases from my label ENDANGERED, as well as event showcases in different cities around the world. We intend to push our label event showcases with artists from our roster. I am also working on a side project with Holmar (formally from Thugfucker) called Theory of Light. This is a full album project, so expect a full-on musical journey on this one. 2019 is just another piece of my ever going musical journey! 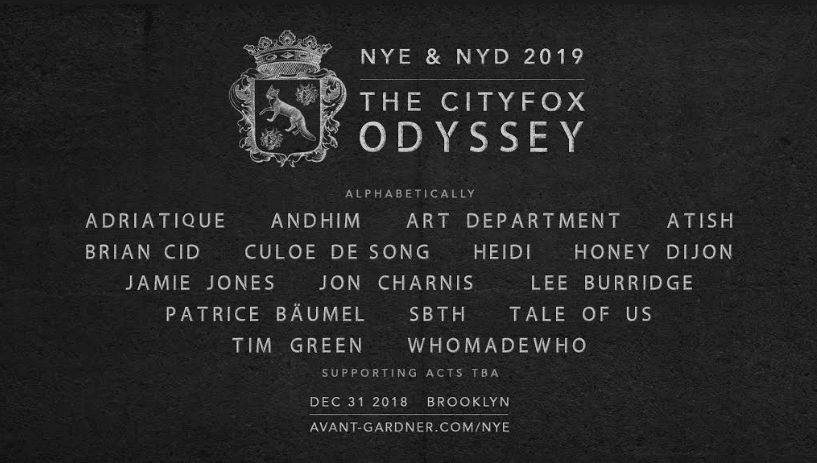