In Interview: Ardalan’s Music Takes Him to the Slopes for Altus Festival in Lake Tahoe

In Interview: Ardalan’s Music Takes Him to the Slopes for Altus Festival in Lake Tahoe

Ardalan’s music taste first evolved thanks to his early travels between his birth city of Tehran, Iran, and his now home in California. In his travels, he collected a multitude of mixtapes containing gems that spanned a broad selection of genres such as gangsta rap, Italo disco, and movie and video game soundtracks. As he got older and made the permanent move to California back in 2006, his constant quest for that rare musical gem brought him to discover electronic music and dig deep into the underground scene of San Francisco, eventually discovering the Dirtybird BBQ and being brought into the collective with open arms.

Fast forward to today, and the producer/DJ is constantly touring dropping musical gems in clubs, festivals and parties throughout the country and beyond. Ardalan’s music has been heard at Coachella, Dirtybird Campout, CRSSD, Secret Garden, Desert Hearts and at esteemed venues like Space Miami, New York’s Output, Spybar Chicago and Detroit’s TV Lounge, just to name a few.

Fresh off of an album release tour promoting his Mr. Feel Good LP, Ardalan readies to perform for the debuting Altus Festival in Lake Tahoe later this month. There he joins a star-studded lineup that includes big brother Justin Martin, Bonobo, Doc Martin, Mr. G, Lee Burridge, Derrick Carter and many more, all of whom will be performing between the 18th and 21st of March at several locations throughout the area, with attendees shredding on the slopes during the day and dancing at night.

Information and tickets for Altus Festival, where you can hear Ardalan’s music at the Ardy Pardy, are available here.

But does Ardalan skii or snowboard? How was his album release tour? Has he ever been to Lake Tahoe? All these questions and more are answered in our interview.

Hi thank you for taking the time to chat with us today mate. How have you been? How has the transition from 2019 to 2020 been so far?

I have been really good! The transition has been a little crazy but it has been manageable. I just finished up my album tour so just resting up before I go back on the road.

You toured far and wide to promote your album. How was the tour? Any gig highlights?

Tour was wild. So many fun moments. It’s hard to pick a favorite but my birthday party in SF was probably the most memorable. I had Mike Dunn as my special guest and it really brought the party together. My open to close sets in Austin and LA were some of the most fun parties I have ever played. Meow Wolf with Kevin Saunderson was something out of this world. Burlington Vermont was also really amazing! (Go Bernie). I’ll forever be grateful for this tour.

Any funny or crazy stories from this specific tour you can share?

It’s hard to pinpoint a specific moment, but before playing my set in Vegas I went to the Laugh Factory where my friend Amir K was performing. I laughed my ass off. He took me to the green room after his set and introduced me to all the comedians that performed that night. We all did karaoke, laughed and had a great time. So many comic legends set foot in that green room. It was an amazing experience. Also – my first time playing Meow Wolf was super special. After my set, I explored the whole venue. I could hear the music everywhere while checking out all the different rooms at Meow Wolf. It was a literal dream. The cherry on the top was playing House of Yes during Halloween season where the theme was “blood night”. Everyone was covered in blood, and they had a fire dancer spitting out flames while I was playing.

Talking about gigs, we are talking to you primarily because we saw you were on the Altus Festival Tahoe lineup. This is a new festival that combines snow/ski/slopes and electronic music. Excited for it?

I am super excited. Unfortunately, I will only be there the first night, which is when the Ardy Pardy starts. But the lineup for the rest of the week looks amazing. Mr.G, Rhadoo, & Artwork?? Amazing. It’s great to see a solid festival doing something in a fresh and beautiful environment like Tahoe. There is no ski destination like Tahoe and I think Altus will put it on the map for international underground music.

Do you yourself skii or snowboard?

I’ve been skiing since I was 6 years old. I learned how to ski in my home country, Iran.

So I take you have been to Tahoe before?

If so, what do you love about it?

I love everything about it. The lake, the mountain, the snow, the ski resorts, the mountain biking trails, and especially the people and food. There is a special energy coming out of that place. I was just there last week for a ski trip and I feel even more excited to come back.

Any favorite spots there for food or hanging out, beyond the slopes of course?

There is this restaurant in North Lake called Spoon. It’s out of this world. I recommend going early because they sell out of their food!

San Francisco is your home, which isn’t too far from Tahoe. Do you expect a lot of Bay area fans will attend Altus?

I do. The line-up and location is truly special and everyone in the San Francisco scene is involved, which makes it even more special. It’s also vital for the growth of the underground scene in SF and the future of throwing amazing parties in Northern Cali.

So you won’t be spending some extra days there to do some snow activities?

Beyond Altus, I saw you’re playing Movement festival. What does playing Detroit and the festival mean to you as an artist?

It means everything. Detroit holds a special place in my heart. I have been going since 2013, the year I graduated college. I walked on a plane with my gown and went straight to Detroit. I feel like I actually graduated for real this time PLAYING Movement this year (laughs).

Will you be playing any after-parties in Detroit?

I may play one… I guess we will see!

Any other exciting gigs lineup up for 2020?

I’m excited to play Secret Solstice for the first time in Iceland and to be back in Brazil. It’s been 5 years since I have been back there!

Any other exciting bookings coming up this year that you can tell us about?

My Ardy Pardy at Miami Music Week is gonna be insane. We got Skream b2b Eli from Soul Clap. Danny Daze, Heidi Lawden, and Omnom!

How about releases, what do you have in the pipeline?

I have been working on a remix for my track “I Can’t Wait” and what seems like a million other things. I still have a ton of unreleased music that never made the album, so I’m hoping to release those tracks. I am also doing a lot of experimental stuff. It’s the beginning of a new era for me. I feel very inspired to make weird noises right now.

Are you collaborating with anyone on any upcoming music projects?

Kill Frenzy and I are going to be in the studio right now for a week. I’m also working on new material with Walker and Royce for our Escapade project. I’m also finishing up a post-punk EP for my new side project “Satanic Titanic”. It’s about to get cray in the Bay. 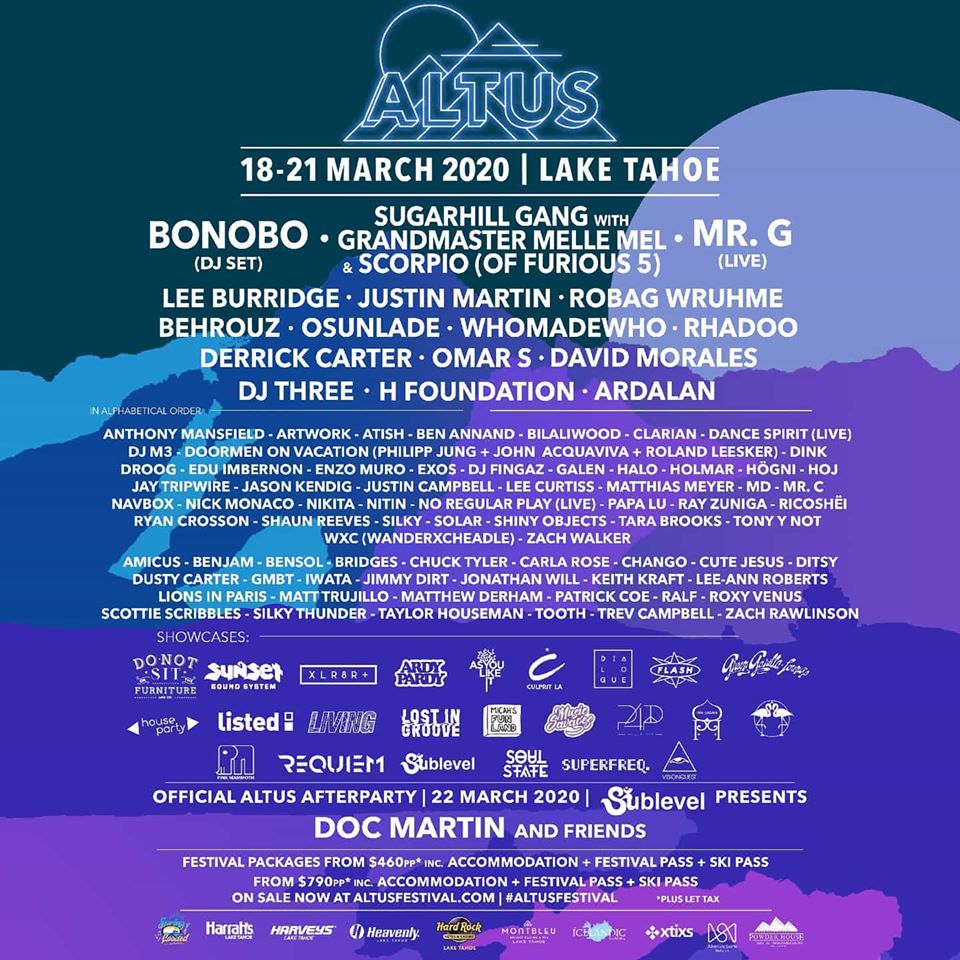