In Interview with An On Bast: “I Create As I Speak” 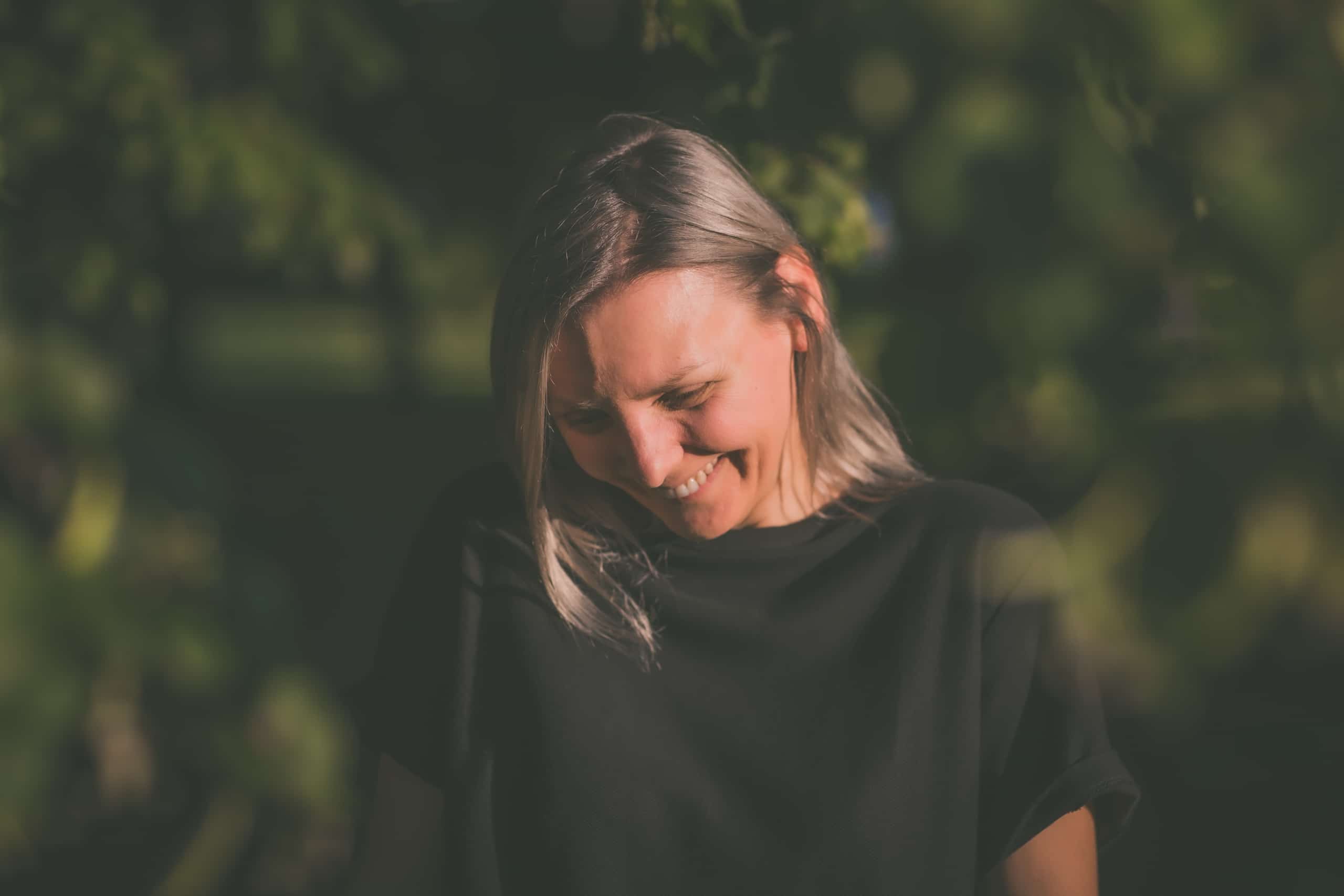 In Interview with An On Bast: “I Create As I Speak”

An On Bast is the moniker of electronic music producer and composer Anna Suda from Wrocław, Poland. Her largely improvised concerts, utilising hardware instruments, hop between techno with melodies, experimental and ambient genres.

The deep and understanding relationship between Anna and her machines is instantly apparent during her performances as she glides effortlessly from modular synthesizer to drum machine via effects units. The results of these performances capture both the audiences ear and eye, immersing and encapsulating them in the entity that is An On Bast.

With I Create As I Speak on Carl Cox’s Awesome Soundwave label, An On Bast presents us with a monumental 18 track album that presents a true journey of deep insightful musical experimentation and discovery. In these 18 tracks An On Bast weaves a sonic story that is compelling, inspiring and simply beautiful.

In our interview, An On Bast talks about the path that brought her here, and why she embodies the title of her album I Create As I Speak.

Hi Anna, thanks for talking with us today. How are you? How has the start of the year been for you?

Hey, I’m fine, thank you for inviting me. The beginning of the year has been very exciting for me as many of the cool projects I have been working on have just come out or will be soon.

Have you been working on music throughout the whole time or have you tried your hand at some new hobbies like many others during these times?

I have been working normally on music projects, having time for my hobbies and sports that I have been doing for years, not really anything new. I guess it was more about keeping the usual rhythm and balance between the music and my other activities and interests. I play tennis regularly and practice yoga, if possible, I train rock climbing. I’m always eager to read science updates, ancient history, energy psychology, or just watch some science fiction movies.

Congratulations on your “I Create As I Speak” album on Awesome Soundwave tell us a little about the story behind it? How does it feel to release on such an esteemed label such as this?

Thank you very much. It feels great of course that my music was appreciated by Carl Cox and Christopher Coe as well as my live performances. Awesome Soundwave contacted me in 2019, so we had plenty of time to get to know each other, although at the distance, it feels like a family atmosphere, with good understanding, acceptance and freedom of artistic expression in every aspect. On the other hand, I am very happy that through the label my album will be presented to a wider audience.

The story behind this album is that one day I was exploring a topic from the latest scientific research on thoughts and emotions as electromagnetic signals. I was struck by how much responsibility there is behind every thought, word and emotion associated with it when it goes “out there” and creates a real energy pack. In this context, everything we say has meaning and importance, in other words we create when we speak. “I Create As I Speak” is the translation of “abracadabra” – the magic word we are told. But isn’t it that all words are causative words? And then “abracadabra” is just the confirmation, green light and what’s important is said before it. I started to explore it deeper and this is how this album was created.

What is an important source of inspiration for you when you are creating something as meaningful as your album?

Working on the album comes naturally to me, it just takes some time to gain experience, live through something, feel emotions and have thoughts and beliefs. I see this process as a snowball rolling down a slope that grows more and more snow. I feel like I am ready to translate the experience in me and what I want to say through the sounds when the snowball is almost at the end of the slope. So every time before I write the first note, there is a process of forming an idea for the album, and the idea lives on and crystallizes until the last note, until the album is finished. This is a very much emotional and intuitive process.

You are performing live on modular set ups, how did this journey begin for you? Do you feel there is a special connection with the audience as opposed to DJing?

My background is playing instruments, so from the start I wanted to play instruments on stage. Electronic music gives that possibility to be a one-man-band and play and improvise all the voices at once to create music and energy I want to share. So I performed with Ableton for the few first years, added some hardware instruments gradually then switched to hardware completely about seven or eight years ago. I love the process of building my live setup, choosing gear that will suit my newest idea of playing. Probably that’s why I got into modular synthesisers and quickly found the way to use it on stage as it gives amazing depth of control, creating and modulating sounds as well as it offers wonderful audio quality.

About the energy created live, I love to experience it, I love to share it with the audience. I feel a special bond when it is created and becomes the language of meeting. There is definitely a magical connection through sounds for me, especially since I have very good contact with the audience while playing live and having access to the smallest elements, notes, sequences of my music, this makes me communicate exactly what I want to say and what I resonate with.

Can you remember your first basic studio setup?

Of course! I remember having decided that I needed a real synthesizer before I could start making music and calling myself, An On Bast. I chose the Clavia Nord Modular G2, a fantastic synthesizer, and had it for many years, shed a few tears by selling it years later. I quickly got myself a Roland JS30 sampler, Kaoss Pad 2, Akai MPC 2500, an Alesis Multimix 8 mixer (the one I have today), one of the Zoom RT drum machines. I used Ableton Live and Fruity Loops as software and had KRK V8 monitors. Beautiful times!

Listen to 6AM Guest Mix: An On Bast

Do you have any recommendations or tips to artists who are thinking to move in the direction of live performances?

Just love what you do with a big heart and enthusiasm. Playing live is pretty challenging from technical levels to emotional transposition. I think it is essential to figure out truly your setup from many angles (which voice plays on what, how to connect everything, how to control, how to build sounds on the fly, do you like more to hit pads than buttons?) then get to know it super well then practice and practice until the instruments will be just the tool in your hands and then you’ll flow in joy and share good vibes.

We just want to revert back to a bit about your background, can you tell us a little bit about the electronic music scene in Poland? How did this influence you growing up as you worked towards becoming an established artist?

My story is rather not typical as I was not participating in the electronic music scene before I started making music, I didn’t know any producers or DJs back then, never been to the club. My need for making music comes from the need of expression in that particular language. It all came together after I played the piano since I was a kid, the guitar, drums, and sang in an academic choir for many years. It was all amazing and fascinating but unless I realised I can compose, produce and perform also improvising all the sounds I made myself, it was truly it. I finally felt free and on a clear path and now I have just been following it consequently. At the start I got into RBMA Melbourne edition, just after I came back I met musicians and DJs in my home city and in Poland. The club life began and I became part of the electronic music scene.

These early great experiences only fueled my motivation and music quickly became my daily job – music production, sound design, performing techno or ambient, being electronic musician in larger groups, making music for films, dance theatres. It’s a wonderful adventure, I’m glad I listened to my heart. I am grateful that I can do what I love.

Do you have any other releases in the works at the moment?

For now I would like to enjoy the fact that the album “I Create As I Speak” goes into the world. Later this year there are a couple of remixes coming out, and also my EP with Douglas Greed that we did together – will be released on Kater Blau label Kiosk I.D.. Soon I will start working on my new album for Modularfield label in Cologne, and I will be making music for other projects that I can’t talk about yet. It’s actually a very exciting and creative time for me.

Cover photo: An On Bast by Artur Aen Nowicki