In Interview with Adison 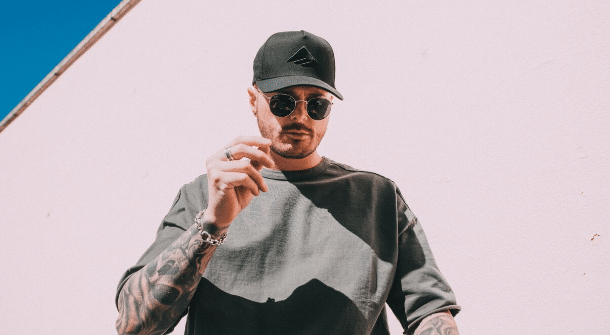 In Interview with Adison

Adison has exploded onto the electronic music scene in the North-East. After locking himself in the studio to perfect his unique tech house sound, he has emerged ready to release some amazing new material. Having established a loyal following through co-hosting KINGDOM, a series of festival size parties on the beaches of South Shields, he has landed a residency at the legendary Cosmic Ballroom, heading up their new Saturday night shindig R-Tribe.

With plays on Radio 1 and immense support from the likes of Jamie Jones, Hot Since 82, Richy Ahmed, Steve Lawler and many others, it’s not unlikely that you may have already heard many an Adison creation rumbling through DC10, Amnesia, fabric and several other clubs and festivals across Europe and further afield.

Adison has already accomplished some seriously commendable feats in his career. From winning a remix competition with Under No Illusion (beating 254 other entrants)and becoming the A&R for a top 20 Beatport label, to playing for Yousef’s ‘Circus’ brand and having his reboot of ‘Elso’ championed by Richy Ahmed as his Circoloco summer anthem; the story so far has been entertaining, to say the least.

Adison’s extensive CV of labels includes VIVa Music, ElRow, Cr2, Glasgow Underground and many others, with the latest added being Steve Lawler’s iVAV Recordings imprint with the recently-released Deception EP.

We decided that the time was right to sit down for a chat with Adison and learn more about what he is all about.

Hi Adam, thanks for taking the time to chat with us today. Where in the world are you at the moment?

Hi, thanks for having me. I’m currently sat on the train traveling to Manchester for meetings with my manager and agent.

You broke through in the music industry in England’s North East. How was it growing up there?

The North East is an amazing place to grow up. It’s a very vibrant and friendly area with a great music scene. I honestly don’t think I would be doing what I’m doing today if I didn’t grow up in this area.

Were you involved in music at a young age?

I always had a deep interest in music throughout my childhood. I bought my first pair of vinyl decks when I was 15 and still in school. I used to play in the back room at a local nightclub on weekends that was open till 9 o’clock in the morning.

Who were the entry-level artists that first interested you in electronic music?

Too many to mention them all but artists like Sasha, John Digweed and Carl Cox were primarily the foundation which I built my musical knowledge on growing up. Listening to labels like Global Underground and their infamous mix series over the last 14 years has been the catalyst needed to kick-start my career in the music industry.

At what point did you decide that music was going to be your life career?

I don’t think there was a definitive point in which I decided that my career would be in music. The whole process has been really organic and just naturally flowed from one step to the other. If I had to pick one it would probably be when I got signed to my agency.

I know you have extensive experience as a party promoter at some point. Were you a DJ, a promoter or an event curator first?

Always a DJ first and foremost. I never really got into the promoting side of things till a later stage. Curating your own event has a sense of freedom, you’re not tied by promoters specific needs or taste. Watching an idea come to life after weeks, months, years of planning has a real satisfactory feel to it.

You’ve managed to release on a great selection of your labels in your career. What would you say that is down to?

I waited quite a while to release music in my career, learning the art of production. Really focusing on crafting my skills behind the scenes has played a huge part in my success these past few years. I wanted to make sure that my music was good enough to make an instant impact with labels and artists. Perseverance is another thing, getting your sound just right to fit the label you are pursuing is essential. The right balance of your own style and the sound the label is known for is a delicate process. Getting the two sounds to compliment each other takes time but is 100% worth it when labels pick up on your efforts.

While we are talking about music production: what is it that inspires you most in the studio these days?

Inspiration for me can come from anything. A certain bass pattern in a track, a melodic element or a vocal. The list is endless. Most of the time inspiration comes to me at night when I sleep. I’m constantly waking up, taking notes then falling back asleep which can be quite exhausting at times.

How do you stay focused in music production? Do you have any routines that keep you more productive as a producer?

I treat the studio as a day in the office, taking breaks as and when I need but always focusing on workflow. I always find it’s good to switch off completely for 20 – 30 mins or so during a lunch break to give your ears that much-needed rest. When you come back to a project in the afternoon, that rest may help you pick up something you have missed, whether it be a mixing issue or another element the track is lacking.

You just released on iVAV Recordings earlier this month. Congrats! What’s your production schedule looking like for 2019? Any other releases you can tell us about?

Thanks! My schedule is filling up nicely at the minute, I’ve got an EP coming out on newly launched Under No Illusion Recordings sister label UP, which stands for Under Pressure.

I have an EP coming out on Underground Audio, which should land in the next few months along with two other EP’s on amazing labels. Then I have a five track mini-album set to come out over the summer on a huge label which I can’t discuss at the minute but I’m really excited about.

What else is on the pipeline for 2019? Any exciting gigs you’re looking forward to?

I’ve got a home gig coming up in a few weeks on March 2nd that I am extremely excited for. It’s my debut for local heavyweight Shindig, which is a huge honor after attending their events as a religious clubber over the years. Other than that I have gigs coming up in Glasgow, Manchester, and Berlin, which I am all looking forward to.

Are you still based in Newcastle by the way?

Yes, I’m still based in Newcastle. I can’t see myself leaving, to be honest. I might move closer to the airport at some point but other than that my studio, house, friends and family, everything I need is here.

How is the music scene living there?

I would describe the music scene as very strong with lots of different events going on to cater to people’s tastes. We’ve had some of the biggest artists in the world grace our cities, creating some really iconic moments in our club culture history.

The North East may not be a widely known area of the UK to Americans. How would you describe it to someone who has never been?

1. We love football or “soccer” and

2. We love a good party. Aside from that our cities are beautiful and enriched with historical culture. Think anyone traveling to this area would be pleasantly surprised.

What are some places to see and things to do you’d recommend to someone visiting?

I would definitely recommend trying out some of our amazing bars and restaurants on Newcastle’s Quayside in the summer months. In the winter months, there is a newly opened place called Stack, situated in Newcastle’s city center that is packed full of retail outlets, bars, and restaurants with daily live performances from local singers around open log fires.

Tell us something about you not many people know!

I used to work on building sites as a plaster before a career in music.

What other music do you listen to when you’re not listening to electronic music?

I hardly ever listen to modern day music if it’s not electronic. All the radio stations in my car are tuned to ‘70s, ‘80s and ‘90s channels. That’s where I get most of the inspiration for my tracks, If I hear an acapella I like I go try and source it or a certain sound in an old song I can replicate. I like a lot of bands: Rolling Stones, The Beatles, Pink Floyd to name a few. This is the type of music I choose to listen to when taking a break from electronic music.

Do you have a favorite cuisine or dish?

My favorite dish is from a local restaurant called Babucho, they do an amazing pasta called Penne Pollo Primavera.

What’s the one country you hope to visit one day?

I would love to visit Australia, I have a lot of close friends living out there who have emigrated over the years. Hopefully, I get booked to play there in the not-so-distant future.

If you could achieve a goal for the next 2 years for your career and one for your personal life, what would it be?

Tours in America and Australia would be a huge goal of mine. In terms of personal life, just keep bettering myself as a person. Pushing myself and staying focused will be my main goal over the next two years.