In Interview with 30drop 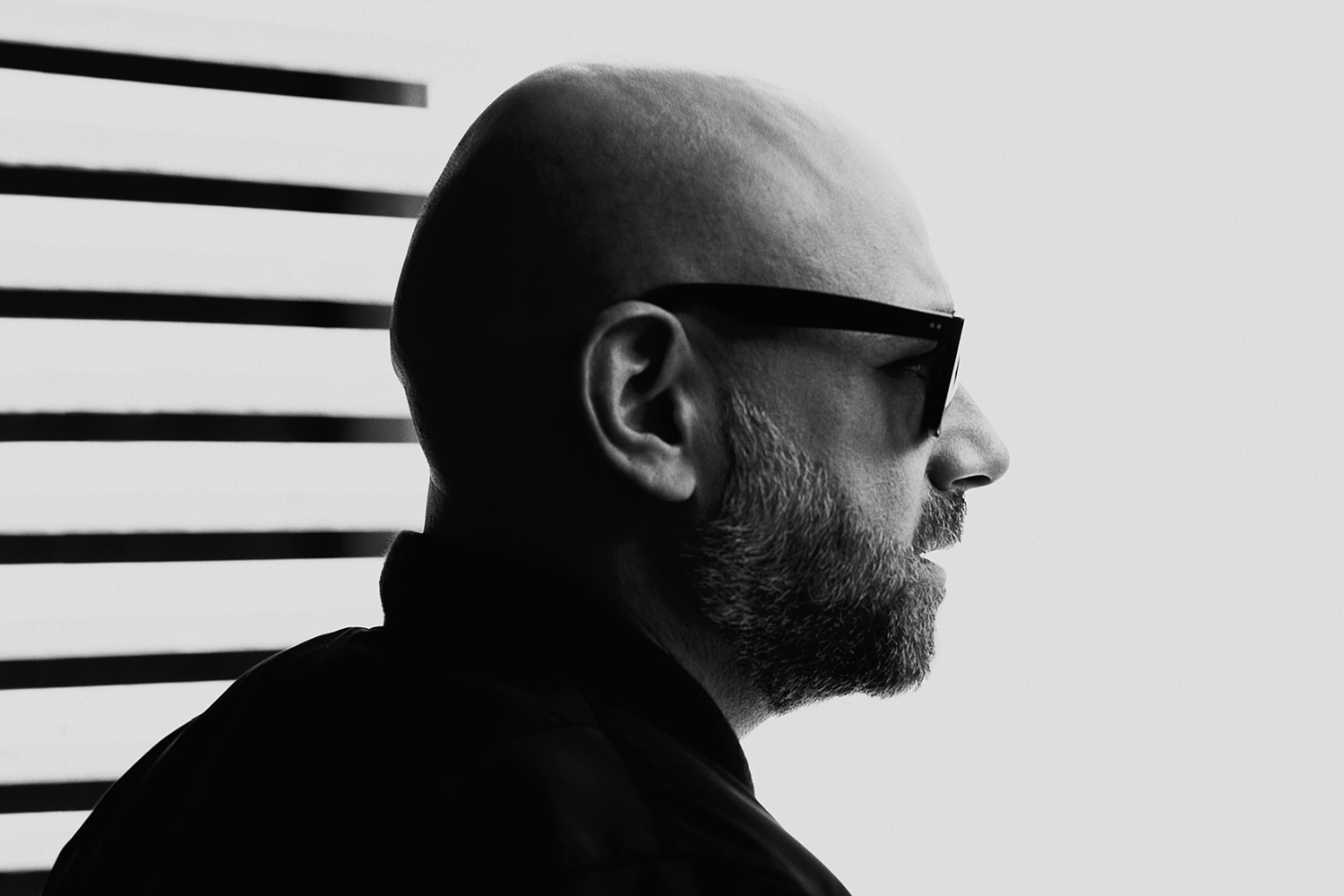 In Interview with 30drop

This 90-minute live set combines hardware, software, FXS and live mixing. Dynamic and evolving, 30drop delivers a set that builds from syncopated hypnotism through to the darkest, harshest of sounds.

A mind-bending journey from beginning to end, transporting the listener down numerous paths, this performance offers the listener the opportunity to be fully immersed in the story that 30drop has created, a sonic soundscape worlds away from current trends, yet still remaining modern and somewhat futuristic.

“From the evolution of 30drop, I have always strived to create my own signature sound, a blend of Sci-Fi bleep, Berlin raw and the ever-important influences from the UK. Since the live-set has been shared, the feedback that I have received from international producers and DJ’s is that the set encompasses a wide range of sounds, blending tough and raw with hypnotic and trippy, it grasps the timeless factors that are so important to me but also holds an element of modernism.” – 30drop

In what seems to be an accomplished alliance, January 31st delivered ‘Likvidatori’, the debut EP from 30drop on Portuguese label Hayes Collective. Five tracks of truly timeless techno, they galvanise the aural sense into a world of Sci-fi and psychedelia through unfeigned, minimal and sinister beats. 30drop perfectly aligns the realms of classic Detroit and the depths of Europe, encapturing the listener and guiding him through various dimensions.

2020 is set to be a busy year for both 30drop and 30D Records. The label will be delivering a number of exciting releases over the coming months with a new ‘hybrid performance’ concept from 30drop soon to be revealed.

We thought it was the perfect time to grab a chat with the main man and discuss all things 30drop and 30D Records.

Thank you for chatting with us and congratulations on 5 years of 30D Records. How have these 5 years been as a label owner?

Hey guys, firstly I’d like to thank 6am for the support you have shown for my project and for the label, I think both your publication and your parties are very interesting.

The work of ‘label owner’ is far from being something cool, it’s hard work which you must do every day and something which you have to put all your effort into to make it succeed. I’m happy with the way it has turned out but it is the result of five years of dedicated and constant work.

What major take-away lessons have you learned from starting and operating a label during this time?

A label is not child’s play, either you’re serious or you better not do it. If you want your label to grow and stand the test of time, you don’t just have to release good music, you also have to understand the business and treat it as such. You have to create a business plan, see viability in the short, medium and long term; plan at all levels and be willing to fight against all imaginable adversities.

I know it’s like asking you which is your favorite child but do you have any particular favorite releases from the label’s catalogue since you began?

30D is not a label that releases records continuously as if it were an assembly line; we are not interested in perishable music that nobody will remember in 2 months. There are enough labels out there that choose to release that kind of music and in that way. Our intention is to release music that is as timeless as possible; music that we understand as quality music and that adds added value to the current music scene. I’m speaking in plural because all this A&R work is done together with my partner in crime Angel Molina who is also the manager of the sub-label Eyes Have It.

I like all the releases under the label, of course. Although if I have to choose, I’d have to mention the following (in no particular order of course)

I guess that I always have a preference for the new releases that are due to launch, I suppose this is the essence of moving forward with the record label; the illusion of finding and being able to release new music.

I know you put a lot of work into your live sets, as I personally heard in your recent HATE mix. Can you talk us through the kind of preparation, mental and otherwise, you go through before one of these performances?

I think making music or playing live is more a way of life than something you only think about when you’re doing it. In my case, it’s like a constant mode that I am switched into. It’s easy to see me getting distracted when I’m walking down the street or when I’m talking to someone. My partner is used to seeing me disappear at any moment to go straight into my studio, it’s something you constantly live by, I can be making music whilst watching TV or just for a few minutes before lunch. For me, that’s the key, instant expression and having my brain in “music mode” 24 hours a day, I say 24 hours because many times I’ve woken up in the middle of the night thinking about a synth sequence or a percussive rhythm in my head that I’ve then tried to play with more or less luck.

My ambition as far as my live-set is concerned, is to be able to transmit the dynamism of a DJ set in a live performance. I rehearse very thoroughly before the performances and leave nothing to chance, this does not mean that everything is pre-recorded, far from it. In the live I interact with software and hardware in real-time, but I do not leave room for improvisation in this format. I know which track I’m going to play after the one that’s playing just like a band when they prepare for their concerts.

For improvisation, I’m working on new projects that will be open to that element.

What do you think and feel your goal is with every one of your performances?

I am not moved by the public’s recognition, weirdly the applause causes me more embarrassment than satisfaction. For me, live performance is a form of expression, if at the end of a show someone has managed to capture what I wanted to express at that moment, that’s exactly what I wanted to achieve.

Sci-Fi is a big influence on your musical output. How so?

Science Fiction is linked to electronic music and specifically to Techno in a very deep way, both artistic disciplines follow very similar conceptual patterns and feedback to each other from the beginning of both movements.

I am interested in Science Fiction which remains timeless; films or books that were made 50 years ago and that in another 50 years, will still have a valid message and this is what I try to convey in my music. Besides trying to have a sound of my own, my intention is that the concept and aesthetics behind a song be the same for the listener at any point in time – present, past or future.

What is your favorite Sci-Fi moving?

· Solaris from Andrei Tarkovski, a film of which my LP ‘The Time Of Cruel Miracles’ is a conceptual study.
· Logan’s Run
· Silent Running
· 2001 A Space Odyssey
· Gummo. This film is not considered within the genre of Science Fiction, but for me it represents a dystopian future typical of the darkest Science Fiction and at the same time possible that this happens to humanity in a near future.

Do you consider techno to still be futuristic?

Yes. Techno is a futuristic musical style by definition, obviously, you have to sift through and find the good Techno that gives sense to this statement but for me, there is no such thing as a Techno style without being linked to a futuristic concept.

Who are some artists you’d love to have release on 30D Records one day?

At the moment I’m lucky enough to be releasing the artists I enjoy and believe in, we’ll see what happens in the future.

Last question: what can 30D Records and your own fans expect from you in 2020?

We will keep releasing music on the label that we find interesting to share with the public and we are planning some label nights with a few of the artists releasing with us. It’s very interesting to show our work together and we have achieved a very cohesive group with names such as Angel Molina, Kastil, Adriana López, MSDMNR, Denise Rabe, Reeko and me as 30drop among others, it’s going to be phenomenal when these names are all on a line-up, performing together.

As for me as 30drop, I’m going to release my third LP during this year 2020 and I’m going to start my new hybrid performance project in which I will combine a drum machine, modular system and a hardware sequencer with CDJs. All this with a high rate of real time improvisation.

If things go well, I will perform this project in Berghain in the autumn of this year for the first time.