In Interview: Vince Watson and Steve Rachmad Discuss “DnA [re]Sequenced” and the Art of Remixing 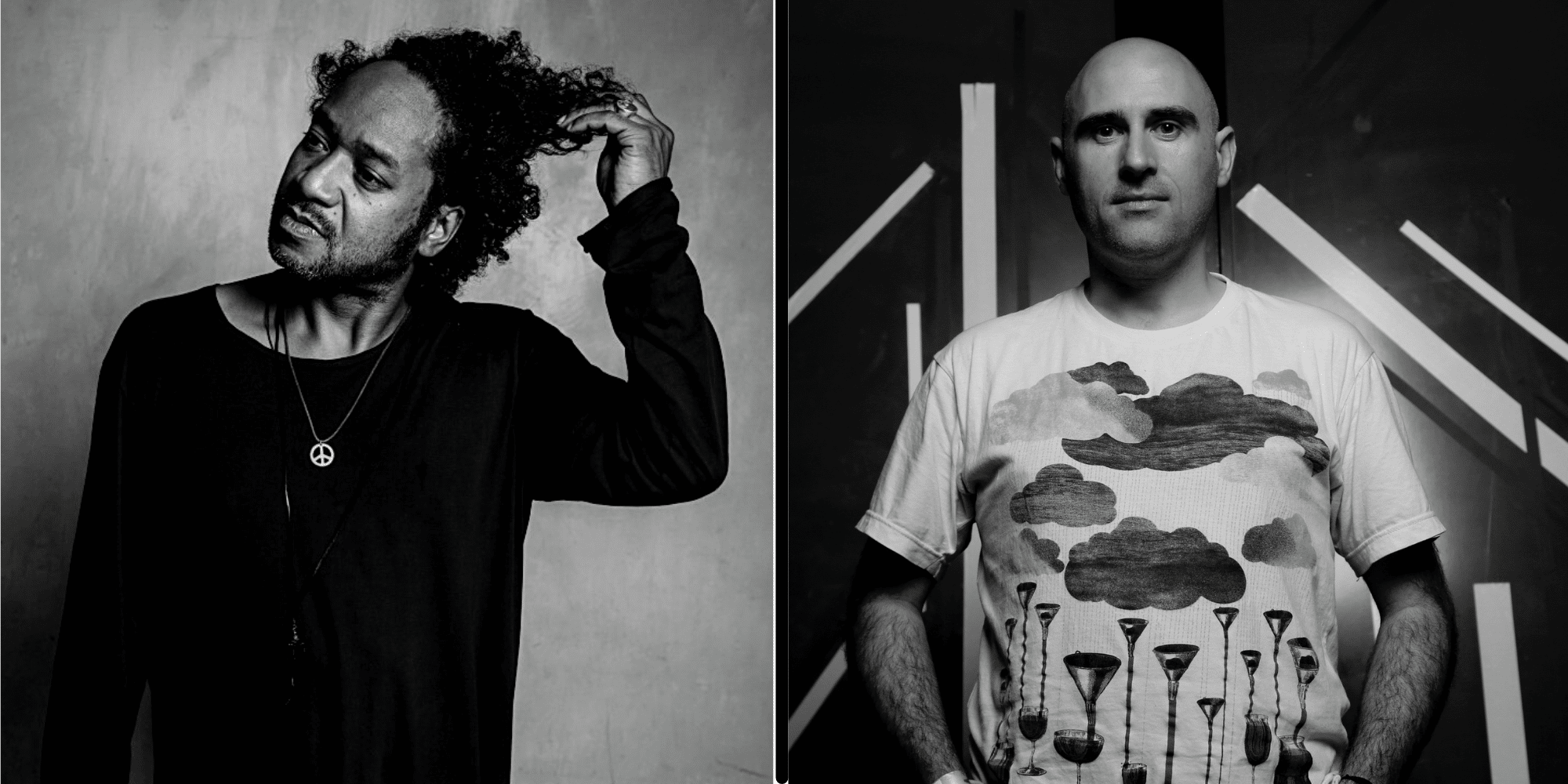 In Interview: Vince Watson and Steve Rachmad Discuss “DnA [re]Sequenced” and the Art of Remixing

This has been a monster year for former Tresor Berlin resident, Vince Watson, and it is now complete with a selection of remixes of his DnA album, including one by friend Steve Rachmad. The artist released new tracks on Get Physical, Tronic, SushiTech, All Day I Dream, his own Everysoul Audio alongside a slew of remixes. Watson has now rounded out the year by kicking things up a notch with his label’s biggest and most adventurous release to date: DnA [re]Sequenced.

DnA [re]Sequenced features remixes from artists inspired by Detroit sound and from three places that have impacted Watson’s music: Scotland, Amsterdam, and Detroit. Expect to see remixes from none other than Carl Craig, Claude Young, John Beltran, Jon Dixon, Shawn Rudiman, Stephen Lopkin, Steve Rachmad and Stephen Brown. DnA [re]Sequenced will be released November 12th on Bandcamp and November 19th via other major streaming platforms, as well as on vinyl record.

6AM featured Steve Rachmad‘s remix of Watson’s iconic track, “Second Wave.” Rachmad is one of Watson’s closest allies in Amsterdam. They’ve worked together on many projects over the years, and Rachmad’s was the first name on Watson’s list. His 4/4 edition of “Second Wave” takes the deep Detroit chords and harmonies into a much darker and groovier direction, with early Transmat character and the funk that Rachmad is known for.

Not only that, we grabbed chats with both Vince and Steve Rachmad to talk about the release of DnA [re]Sequenced, and the art of remixing.

Hi Vince, congratulations on the album remixes coming out! It’s been two years since the release of DnA, what told you it was time to work on this remix project?

It was always in idea to have remixers touch the original album when I came up with the concept. The 18-track deluxe version of the original album was written and completely inspired by the 3 waves of Detroit artists, and my idea was to get as many as them as possible to remix the tracks that were Inspired by them. I simply had no idea how much of a monumental undertaking it was going to be to get it all done at the same time, so that’s pretty much why it took so long to even get Part I out. Part II of the [re]Sequenced remix project is currently in development. I have secured some very nice names to it so the project will continue.

The reception of DnA was big, and across many of the tracks. Do you have any favourites from the album yourself?

The original album were pretty much all my favourites – it was my 18-track selection out of 35 completed tracks. I had to curate the album, so it had a nice flow and balance of sound influences etc. That took months! The other 17 tracks I still have to use later. But I think out of the bunch, Metamorphosis, Second Wave, Holographic, Immersion…ill stop there or I’ll put 18 names down.

Are these artists you have a personal relationship with outside of this project?

I’ve worked with Carl Craig a few times for my Planet E releases and Claude Young I have known since he was living in Glasgow in 90’s. Jon Dixon I never knew until this project but happy to say the mutual appreciation will mean more collars in the future. Shawn Rudiman, Stephen Brown and Stephen Lopkin I knew a little before this or have spoken a few times over the years. John Beltran I have remixes previously a long time ago, but we always wanted to do something and finally Steve Rachmad and I have done so many projects together over the years, remixes, gigs, ADE events and endless 2am chats on Telegram about gear and plugins.

How did you choose which tracks would receive a remix in the first place?

I let the artists choose initially, with the hope they would choose the tracks I thought they would be best at remixing. Some picked exactly the track I had hoped, and some were happy for me to pick one for them in which case I just considered the musicality and chord changes for a fit that might work best.

How different are the remixes in the way they took the original in different directions?

It’s really quite different across the board – Carl’s remix takes the deepness of the original and removes a lot of the drums and brings some killer bassline additions and arranges it perfectly into a story that flows more than the original. Claude’s remix is really different – breaking it down into a real funk-fest. Jon takes the essentials from his choice and makes them his own groove as he does quite brilliantly. John Beltran’s acid number uses the chords and 303 as the drivers for it with some quality broken beats. Steve went for the driving techno workout with super dark chords, which is in super contrast with the original and works great. Lopkin’s take on the original really adds his flavours and changes the dimension and groove and Stephen Brown’s DJ friendly version of Immersion is again a welcome option since my original version is very ‘Transmat-esque’ with FM glitches all over the place. Finally Shawn’s live interpretation also tones down the dramatic changes the original has in favour of a floor track.

What other projects/releases do you have lined up for 2022?

February I am finally launching a long-awaited new Techno project which includes Artist and Label. I’ve been working on it for almost 2 years as well and now I’m ready to go. The first 6 releases on the self-titled label are already submitted across entire 2022 so that will keep me busy already. Due to popular demand, I will be released a double AA side single featuring Mystical Rhythm and Moments in Time (Remastered), that’s around April/May next year. And to follow that, there is a new Vince Watson house-flavoured LP late 2022 which is the follow up to Moments in Time entitled ‘Another Moment In Time’ with the first single sometime in August/Sept and the album in Nov 22. Over the year I have around 7 remixes to be released as well. I’m also still teaching for Conservatorium van Amsterdam as a Senior Lecturer at the Amsterdam Electronic Music Academy. Busy Busy.

Hello Steve, congrats on a very nice remix for Vince! When did you guys first meet?

Oh man, we go way back. I can’t tell exactly but must 2 decades at least.

What was your reaction when asked to contribute a remix to this project?

(laughs) I did so many by now that I’m almost expecting to be part of it ;) Yeah, super nice. It’s always fun to work on Vince’s stuff. There’s always much to choose from, usually, it’s even hard to choose because there is always more than one track that I like.

Can you tell us a little bit about the process that you took on the remix, and what your goal was for the final product?

I usually keep it simple to be honest. I usually study all the tracks that are options, trying to memorize all sounds and emotions by listening to them through a few times before I choose one. Usually by then I exactly know which parts I will use and what I will add to it. Most of the time I will respect the originals. So, I will always use as many elements of the originals to create something.

How happy are you with how it turned out?

Yes, I am quite happy about. But you know we are artists and never really fully happy. There is always something we could have done better about it.

Do you have any other releases or remixes on the horizon?

I am working on a lot of stuff at the moment, nothing to hold on to yet but I’m thinking not one album but several albums and some EP’s and things.

Thank you for your time!

I wish you and your dearest a lot of health and positivity!