In Interview with Lewis Fautzi 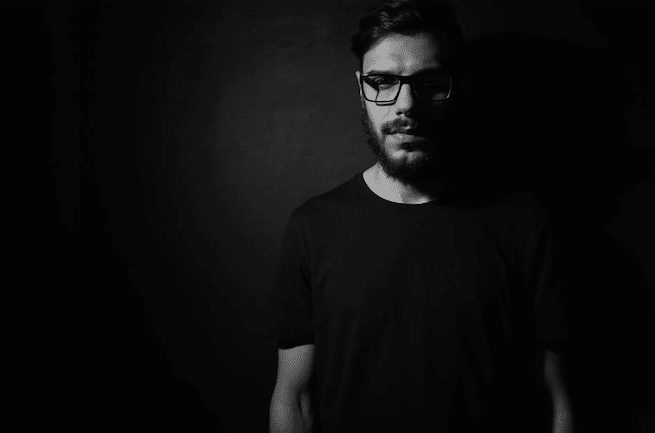 In Interview with Lewis Fautzi

Having released two albums on Soma and another one PoleGroup, Lewis Fautzi is no stranger to the long player format. Launching Faut Section in 2013, Insanity Department is the label’s debut album and follows an illustrious few years for Fautzi who’s appeared on the likes of Bpitch, Warm Up and Figure, mixed PoleGroup’s sixth volume of ‘Unknown Landscapes’, not to mention DJed at venues like Berghain, Gare Porto, Tresor and Lux Frágil to name a few.

Opening with the subterranean ‘Insane’, the album is a distinct blend of atmospheric textures and bold melodies forming seven refined tracks not geared for peaktime techno sets. Tracks like ‘Conspiracy’ feature a stuttering beat and echoing notes whilst the intricate pitter-patter qualities of ‘Physicians’ generate a mesmerising aesthetic from start to finish.

Downtempo cuts like ‘Determination Of Insanity’ steadily march forward whilst cavernous synths pulsate throughout, leading into the ominous ‘Wounds Of Deadly Hate’ with its twisted drums and soaring synths. Nearing the end, ‘The Science Behind’ is driven by murky pads and piercing chords until ‘Obscenity’ concludes the album with syncopated kicks and uplifting arrangements.

We caught up with the Portuguese producer and DJ to talk about the album, his home country and what’s coming up for him in 2019

Hi Luis, Happy New Year! How was the rest of 2018 since you were in LA over the summer?

Where did you spend NYE by the way? How was it?

Played December 31th in Portugal and January, 1st in Spain. It was the beginning of the year that I think could not be better!

Congratulations on the new album coming out on your label. How long have you been working on it?

This album has already been finished for at least a year, but I just decided to release it now.

This one steers away from the dance-floor-ready techno you usually play out. Why is that?

Yes. I really enjoy exploring other ways to not become monotonous in my studio. I love making different music. I’ve done things like that in the past.

‘I always liked to do different music and also get away from techno for the dancefloor once in a while. I love to explore new paths. If you notice in my releases there are always things outside techno dancefloor tracks” says Lewis Fautzi.
“This album is just another exploration of mine. Maybe people expect me to always make techno music for the dancefloor but I also want them to listen to different things and learn to appreciate creativity more. I know it’s a risky road but I’m like that, I like to take risks, and I know that at the right time they’ll like it, I believe it because there are already a lot of people who like this kind of music and also who appreciates the artists creative side more than properly the dancefloor bombs that an artist releases.’

What other music and artists do you listen to in your spare time outside of techno?

Did any of these influence the production process for Insanity Department?

I just did it through my head, I did not have any kind of influence on any album or artist.

Where do you imagine these tracks being played and/or listened to?

I think an album like this is to be heard at home or in the car when traveling. It’s my way of watching him play.

Let’s put music aside for a bit. When you were in LA we talked about Portugal a lot and I know how much you love your country. Can you tell us a little bit about your home city, where you live and how life is there for you outside of the studio and when you’re not touring?

Yes, I live in a very small town in the north of the country. It’s all very quiet and green as I like it. In my free time I like to ride a motorcycle, it helps me to relieve my head and to do a reset.

What are some of Portugal’s most beautiful areas you recommend someone visit?

Food… I remember you telling me so much about Portuguese food! What is Portuguese typical food like?

For food I recommend you the restaurants Turismo and Rústico.

Yes, our food is super good, I will tell you some tipical portuguese names, Pasteis de bacalhau, Francesinha, Cozido à portuguesa, Bacalhau à brás, you need try these ones!

To explore the city you can see the Paço dos Condes, Ponte Medieval, Torre do Cimo da Vila, Museu da Olaria, there is too many beautiful places to see.

Do you ever go out and party back home? Which venues do you go to?

I never go to the parties. Just when Iplay.