In Interview from Quarantine with Joyce Muniz 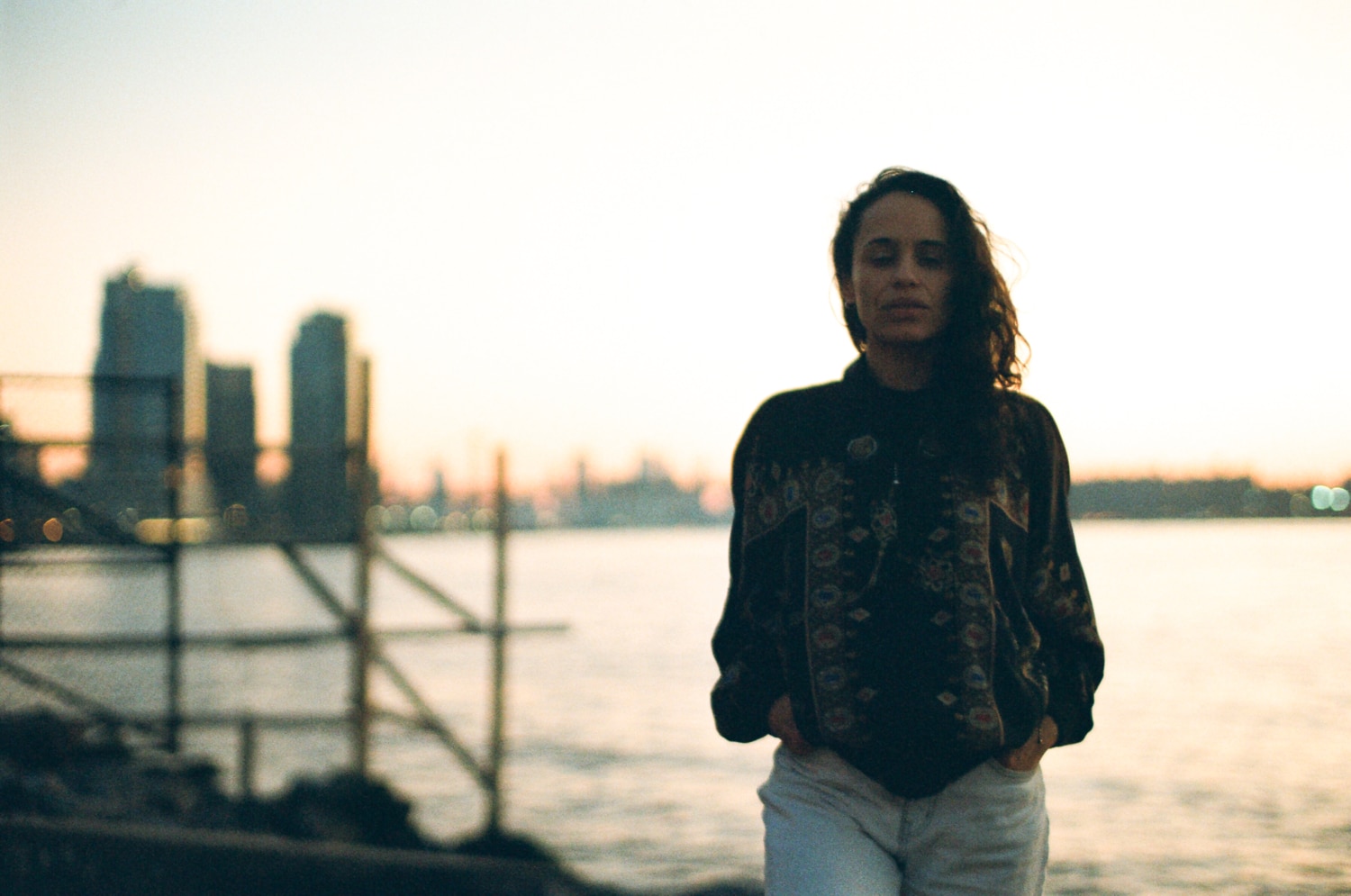 In Interview from Quarantine with Joyce Muniz

Joyce Muniz, a DJ, producer and singer from Vienna with Brazilian roots, has been making waves around Europe for a number of years, so it was only time we got the chance to interview her.

Now relocated to Berlin, Muniz has a string of amazing releases on the likes of Exploited, K7!, Get Physical and 2020 Vision. On Steve Bug’s flagship Poker Flats label, Muniz now drops What’s Your Name with the hugely talented Demetrius on vocal duties (available HERE). The full version is a tough tech house groover, the bumps and swings via a sick rhythm section and thick, rolling bass pulse. Demetrius’s low slung vocals add to the sleezey, edgy vibe of the track. The instrumental offers DJs a vocal-less version that really lets the bass come to the fore.

2020 hasn’t been easy on any touring artists, and she isn’t an exception.

We organized to have this interview with Joyce Muniz virtually, both of us quarantined on opposite sides of the world.

Hi Joyce, thanks for chatting with us today. Where in the world are you today?

Thank you for inviting me! I’m currently staying at my parent’s house. About a week ago I decided to leave my apartment in Berlin to be with my family in Vienna. I was really afraid to end up in quarantine by myself. I think it was definitely the right decision given the circumstances.

I think you certainly did!

I know this may sound a little uncultured of me, all the way here in Los Angeles, but I am not that familiar with the Viennese electronic music scene. Vienna being your home can you tell us a little about it?

Austria has a very small, but nonetheless interesting scene, which used to be internationally known at the end of the ’90s, when I started djing focussing on downtempo & electronica sounds. Nowadays Vienna has more individual good artists, but not an overall specific sound signature like in the ’90s and early 2000s.

We have a few great techno, house and electronic music producers that have an international career. I would say the scene is more concentrated in the capital Vienna. Vienna has a very nice club scene and though being a fairly small city compared to other great capitals, it offers a diversity of musical styles and parties. Everybody knows and books one another, so one gets a feeling of being locally supported.

Who are some local artists there who we should know about and listen to?

Patrick Pulsinger he is producer/DJ/composer from the first generation. He is the founder of the legendary techno, electronica label Cheap Records. Cheap Records was very strong in the ’90s and offer an unique style of electronic music, which I really like. Patrick Pulsinger worked on some amazing projects with great people from the underground scene, but also with some pop artists like Pet Shop Boy. He still releases great music after so many years in this business.

Another artist that really impresses me is Demuja. He is a DJ/producer from Salzburg and is of my generation. It’s really beautiful to see the development of his career. I really like his music and he is definitely someone to keep an eye on.

Read the full interview and listen to Joyce Muniz “What’s Your Name” feat. Demetrius below

How did you first discover electronic music?

My friend and neighbor Andy was the one who showed me the first DJ mixtapes. Back then we used to listen to drum & bass, hard techno and break beats. He was the first of my old crew that bought the first technics turntables. I used to spend my afternoons after school at his place mixing music until I put some money together to buy my own setup. I was 16 when all of this started. I have good memories from that time. One year later I got my first booking at the legendary club Flex. That’s how my passion ultimately became my profession.

Do your Brazilian roots have any influence in your passion for this music at all?

Definitely. I never lost my Brazilian roots, that would be impossible. Groove is in the heart, right? My mother’s uncle was the head of a samba school and we had a few great percussionists in my family. I grew up with rhythm. Nevertheless, I don’t produce the typical Latin style, but I think the groove is still there, just in a more electronic form. I always try to keep some organic vibes in my productions.

You’ve been a prolific producer throughout your career, with many crazy good releases over the years. How do you remain so inspired and focused in the studio?

I believe in order to be a great artist, one does not only need passion, talent and a little bit of luck, but above all discipline, patience and an open mind. All of that helps me to go with the flow when I’m in the studio and on stage. I used to put myself under pressure until I realized that I should try producing music like painting a picture. I love trying out different sounds and mixing around without limiting myself.

What do you do when you’re hitting “producer’s block” and you’re not able to get as much done on music?

I’ve been there many times. During those phases, I don’t go to the studio as much. I came to the understanding that those “blocking” phases are part of the game. I then focus on my hobbies and take some time off. Also what really helps is to go to a good old live concert. Since 2018 I try to go at least one time a month to a live concert. It could be hip hop, indie or jazz. I can really recommend it.

Electronic music is always going through shifts, new trends coming and going, and debates about all sorts of subjects. Can you name three things you’re grateful for in today’s electronic music scene?

I like the fact that you can produce music only with a laptop only using plugin. You don’t necessarily need to spend that much money on Hardware anymore.

On the internet you can share your music fast and reach many people. Electronic music became a serious and strong genre in the last decade which is good for us.

Conversely, can you name three things you’d like to see change, progress or work on in today’s electronic music scene?

Diversity is needed. There are many talented female artists out there. I wish clubs and festivals decided to create an equilibrated and diverse lineup.

Furthermore, a career shouldn’t be reduced to what an artist posts on social media or not. The quality of one’s music and performance should weigh more than the social media appearance. I believe the media should help support all kinds of artists, also the ones that are talented but lesser-known. In general, I believe that less hype would be good for the scene, to give a variety of artists the chance and to show their work.

Looking back, with our current COVID-19 situation in mind, I get the feeling that every show in 2019 was incredible! But to answer your question properly I will name some that I particularly enjoyed: Desert Heart Festival (US), Open Air Festival Prague (CZ), Les Escalle Festival (FR), Club Antik (CR), Cityfox (US)…

Can you tell us the funniest thing that happened to you while touring so far in your career?

I had a funny situation during my first India tour. When I arrived in Bangalore I was super tired and ended up taking the wrong ride. After 10 min on the highway the driver got a call from his actual client waiting for him at the airport. I called the promoter and he was worried because my driver said I didn’t leave the plane.

I got scared but at the same time I liked the way they sorted it out. The wrong driver brought me to the hotel and the right driver took Miss “Munoz” to her hotel.

Touring you must be trying new and different foods all the time. Is there a city or country that surprised you positively as far as food goes?

I have been to many places and I really love food. Not only because I went to culinary school from age 16-20, but good food is simply something that I was also always passionate about. One of the places that really blew my mind was Malaysia. Oh my gosh! So many different flavours! Thanks to my host DJ Victor Goh I had the chance to try many different dishes in only a few days time.

You’re coming out with a new release on Poker Flat next month and it’s a banger. How has the reception to the track been when others or you’ve played it out so far?

The feedback is great so far. It’s one of those tracks that took me two years to finish. I recorded Demetrius’ vocals two years ago over a totally different track, and kept changing a lot until it was perfect to my ear. I am really happy with the result. I was not planning on releasing it yet, but after visiting Steve Bug in his studio and playing it to him, he smiled. He gave me the response that I needed and said he wants to sign it on Poker Flat Recordings. I absolutely loved the idea. Steve has been asking me since a while for demos. I liked when things happen so naturally.

What else is in the pipeline for you this year in terms of possible Joyce Muniz gigs or releases?

Regarding shows, I can’t really tell what will happen. Right now we all hope that this phase will pass, so that we can start touring again. All my shows were cancelled or postponed.

But at least we can still release music which is good. At the beginning of May, I have a debut EP coming out on Catz N Dogz label Pets Recording which is very ’80s-oriented EP. I made remixes for Hard Ton Queen & Stefan Braatz for Exploited Records, Crazy Sonic for Stripped Down Recordings. Right now I am waiting for some amazing vocals to finish a few collaborations.

If you enjoyed our interview with Joyce Muniz, connect with her on Facebook | Twitter | Soundcloud | Resident Advisor