In Conversation: Bart Skils & Weska Interview Each Other 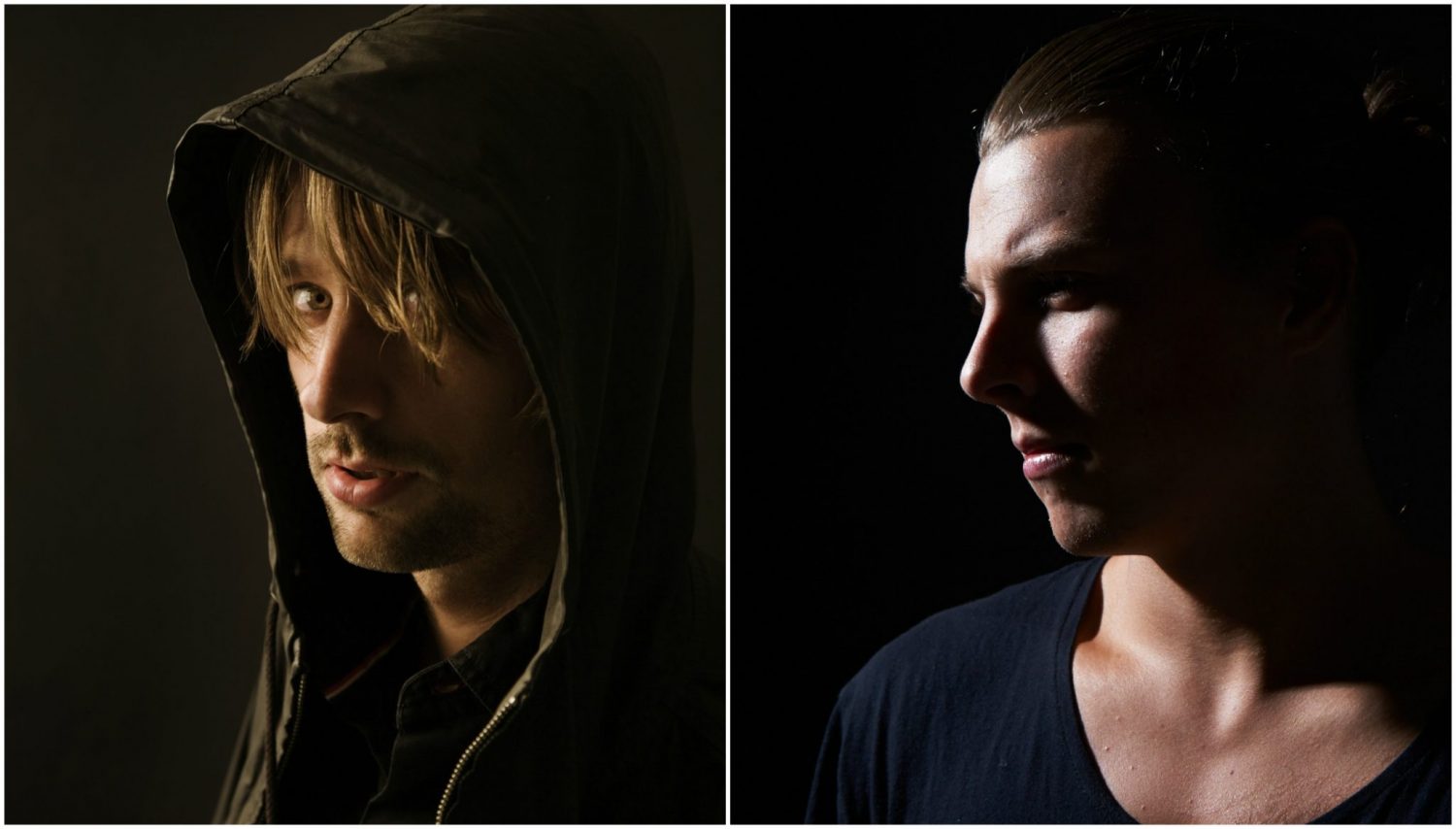 In Conversation: Bart Skils & Weska Interview Each Other

When Weska (Cody Hull) was just 20 when he remembers walking through the bitter Canadian cold, dissecting every percussive detail of ‘New Ground’, Bart Skils’ low-end groover that dropped on Drumcode in 2012. Seven years later, the young Toronto-born artist is celebrating a debut EP on Adam Beyer’s fabled label. And to close a circle, it’s a collaborative work with Dutch journeyman Bart Skils, no less.

While the Polarize EP marks Weska’s first time on a Drumcode cover slick (followers will note he dropped ‘Other Places’ on last year’s A-Sides compilation), Skils has almost ten DC releases to his name and a deep connection with Beyer going back to the early 2000s when the pair would play Awakenings events alongside one another.

With almost 20 years separating the artists and vastly different backgrounds, they reflected on their respective career journeys in a conversation piece for 6AM.

Bart Skils & Weska Polarize is out now on Drumcode and available on Beatport.

Weska: So, I’m interested to know what’s the biggest difference you’ve noticed between DJing now, compared with when you first started?

Bart Skils: In the ’90s house culture was an underground community that became bigger over the years. Most DJ culture was around record stores and hanging around there during the week. We talked about new releases, upcoming events on the weekend and early production stuff. There was obviously no social media and internet wasn’t a very big thing yet. The only info on music you would find were some underground magazines and info, or the vinyl releases itself. Nowadays besides the love for music and production, you need a whole social media business to get noticed and seen. Sometimes people crazy amounts on social media instead of the core and that is developing your music and technique in the studio and behind the decks.

Weska: Of all countries, dance music is so mainstream in Holland. Why do you think that is?

Bart Skils: As mentioned previously, Amsterdam and Holland in general had a very good culture since the start of house and techno movements; great record stores, good club culture and a devoted crowd. At the end of the ‘90s, the outdoor festival culture started and from that moment the scene crew explosively. Young kids were not dancing to chart music anymore, but good house and techno, with a large amount of international and local DJs performing every week. In addition to this, having such a small country with so many festivals each week, it meant the production standard became very high. Only top-notch events were the ones to survive. Crews like Awakenings have done an amazing job over the years.

Weska: Do you have a favourite gig memory from when you growing up or breaking out as a DJ?

Bart Skils: That would have to be my breakthrough shows at Awakenings at the end of the ‘90s. I was working at a record store in downtown Amsterdam called Outland Records and the only way presale tickets were possible were with hardcopy tickets. Rocco the owner of Awakenings was coming every month to bring new tickets and pick up his cash. Every single time I would bring him a mixtape and say ‘I’m ready to destroy your dancefloor’. After countless visits, he gave me an opportunity to play a set and I took it with both hands and delivered a killer set. Since then, I’ve become a regular as the Awakenings events over the years and we became good friends.

Weska: What was your experiences like ‘discovering’ techno and dance music in general Bart?

Bart Skils: Since I was working in a record store, I always had first choice in finding and buying new vinyl. That was the only way to discover new artists, new music and new upcoming labels. On the info from the vinyl there was usually a fax-number and that was the way we got in contact with the artists to book them for my own club nights where I had my weekly residence. In that way, we could make the scene bigger and offer them [ravers] the most amazing talent from all over the world. I still love to keep in contact with all new and upcoming names in the scene. I know how much work and struggle it is to breakthrough and get your music to the dancefloor. It’s just about giving support where needed and sharing your mutual love for techno.

Weska: What Drumcode tracks influenced you the most and what was your first memory of being impacted by the label and the story behind that (including meeting Adam).

Bart Skils: From the earlier releases I played DC19 (A1) side from Geatano Parisio and DC28 (B1) track from Patrick Skoog a lot. I first came in contact with the label from working at the record store. Swedish techno was huge at that moment and Drumcode was the flagship label. I met Adam at the beginning of the 2000s because we both played Awakenings on a regular basis. I knew he played my old records that were released on Mark Broom’s label, as well as the tracks I released on Amsterdam imprint 100% Pure. In 2008 he did a remix for one of my releases [‘Running Man’, a collaboration with Anton Piete] and in 2011 I gave him a few tracks that he signed for my first release on Drumcode, ‘Brave New World’. It felt really easy and the crew behind the label is super nice and professional. In the years since I have released almost 10 releases including EPs and remixes and the label has become my home and family.”

Bart Skils: Growing up in Toronto, what triggered you to dive into techno and the techno scene?

Weska: I’ve always been into electronic music, but one day one of my now best friends showed me his brothers turntables. I sat in on a mixing session and I was instantly hooked. I practiced for years but I wasn’t always into techno. At first it was progressive/electro house, especially the Swedes – Steve Angello, Eric Prydz etc. I had always been obsessed with the groove though – even before I knew what techno was, I remember being 13 and my dad showing me old trance and Enigma. It was the groove and beat that always got to me. So, I guess I just naturally gravitated towards techno, which I think is dance music in its finest form. The club in Toronto, Footwork, which closed down and morphed into Coda, and Stereo in Montreal really played an important role in developing my taste for techno as well. Can’t remember how many times I went to each of them but it was on those dancefloors that I really fell in love with club music and never looked back.

Bart Skils: Did you start with DJing mainly and then turned into producing as well? How did you learn (friends, tutorials, school)?

Weska: I started out DJing and eventually got into producing as I really wanted to make my own music. It was slow at first and I wasn’t that serious but once I started to get comfortable with Logic and synthesis and how stuff works it became really fun. I did a course on Logic basics that helped me at the beginning, and I even took an electroacoustic course at university, but the most important thing for me was trial and error. I think with producing it’s a lot of self-development, you can only be taught so much. Plus, it’s fun to explore on your own. I will watch tutorials on certain techniques from time to time though to see what new tricks people are doing, or to hear new sounds ideas etc. You can never learn enough!

Bart Skils: When did you decide to go full force into djing and producing? Moving to Berlin means you give it all and went for it.

Weska: Yeah, I mean I just wanted to be in Europe. It made sense, travelling and agency wise. I first decided to commit fully to music though once I got some serious support from some big names. My friend called me one day, aggressively, and told me “OK, this is cool but you need to work even harder”. So I did haha. When I finished university in 2014 I didn’t work for a few months – I lived in my mom’s basement and drove both my parents crazy, BUT I made music all day, most days. I think these three months were extremely beneficial though as I made a lot of music and learned a lot. But yeah – Berlin – I was bartending in Toronto, I had been to Europe only once, but I knew it was the right move. It was hard to leave my family and friends, but it makes visiting that much more lovely. One day I would like to live in Europe and Canada for certain times of the year, that would be nice.

Bart Skils: What Drumcode tracks influenced you the most and what was your first memory of being impacted by the label and the story behind that (including meeting Adam)?

Weska: I think Drumcode 2012 was the most influential year for me, the year the label really impacted my life. Nicole Moudaber’s ‘Sonic Language’ EP came out that year, Alan Fitzpatrick’s ‘Skeksis’, and your own ‘Brave New World’ EP Bart, to name a few. I remember vividly walking down the streets in my tiny university town after buying a winter jacket and analysing your track ‘New Ground’. It was just before Christmas and it was freezing, Canadian freezing, and I analysed every percussion bit and filter while walking home. I love the label and where it’s going, but Drumcode 2012 will always be special for me.