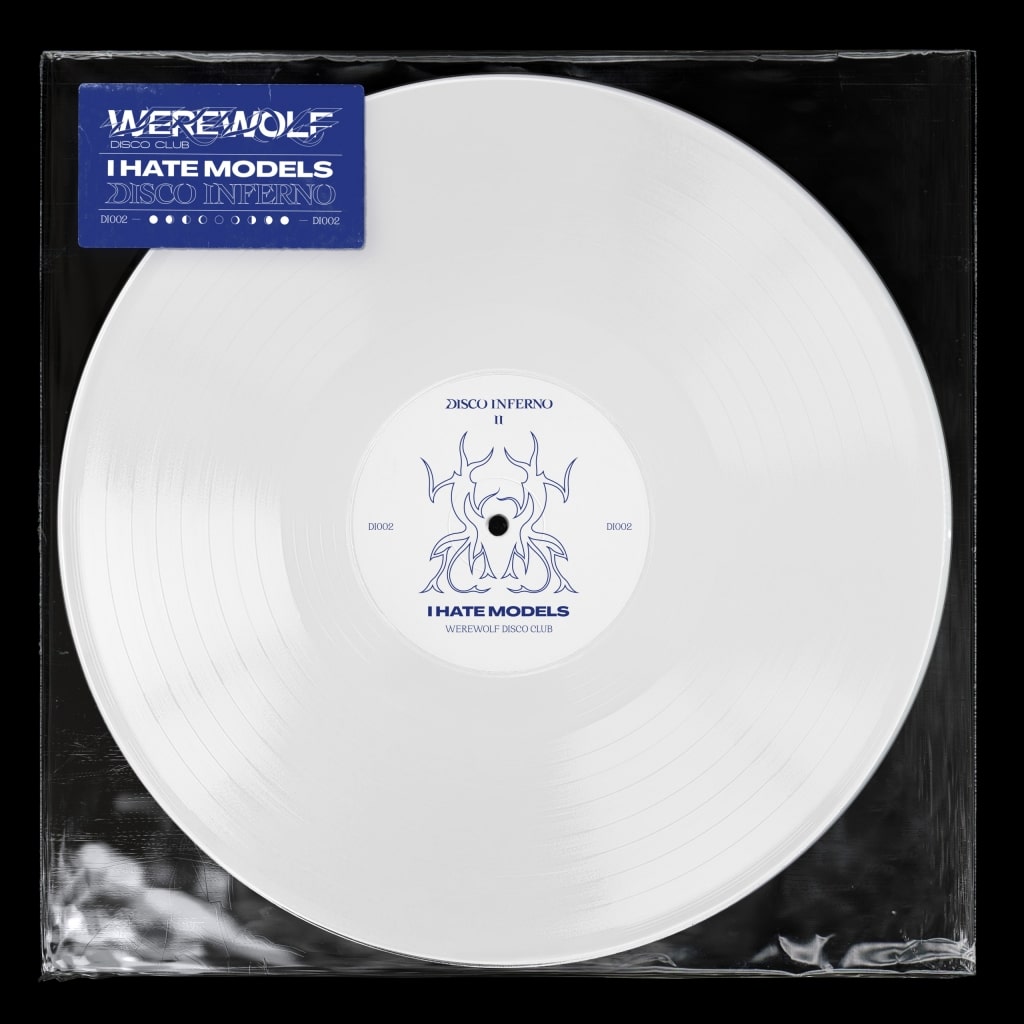 Get those record players ready because I hate Models is releasing a limited edition vinyl for his newest track, “Werewolf Disco Club.” It’ll be available on September 24, 2021. For those that crave to get it a few days earlier, follow 6AM’s Instagram account for a chance to win hosting a giveaway on September 20.

To get a quick taste of what you’re in for, the track’s kick cuts through the trees like a scythe, calling out to her, drawing her closer. It comes from every direction, the purr of the bass slipping through the forest like low-hanging mist.

The primal, metronomic pressure of the beat enmeshes with his lycanthropic howl. The sound is everywhere, and impossible to get a fix on. It rains down from on high, sticking her cloak to her skin and slicking his fur. It rises from the earth, seeping between her toes.

Within this secret glade they meet, alone except for the rotting leaves and creeping moss. Here they become one, disparate egos dissolved in a cocktail of chemical impulses, dopamine responses and the instinctive urgency of the sound that surrounds and consumes them.

On the second single on his Disco Inferno label, I Hate Models exudes the mysterious, ancient power of the werewolf, and invites you to join him in one last dance.