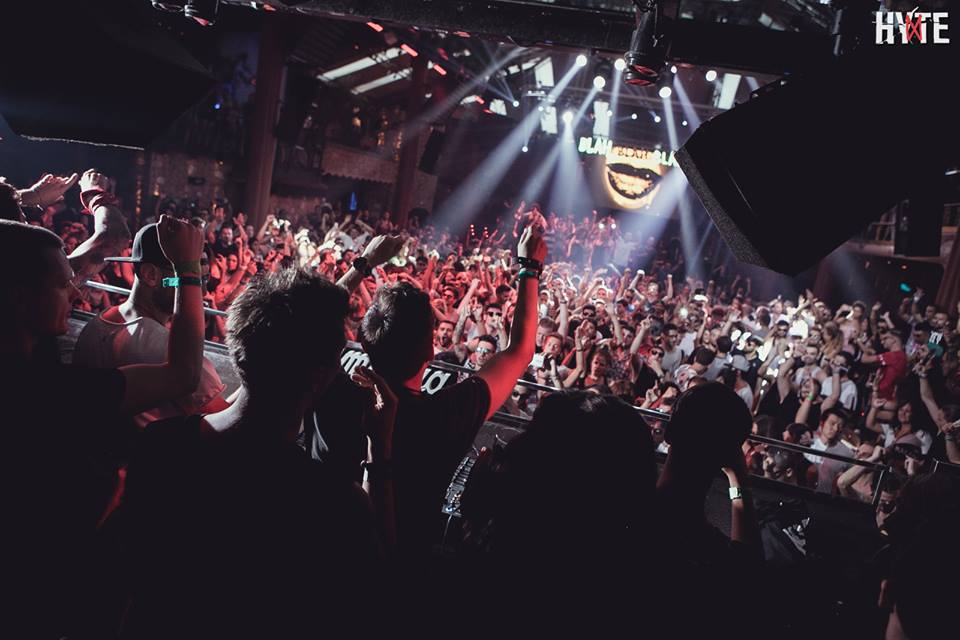 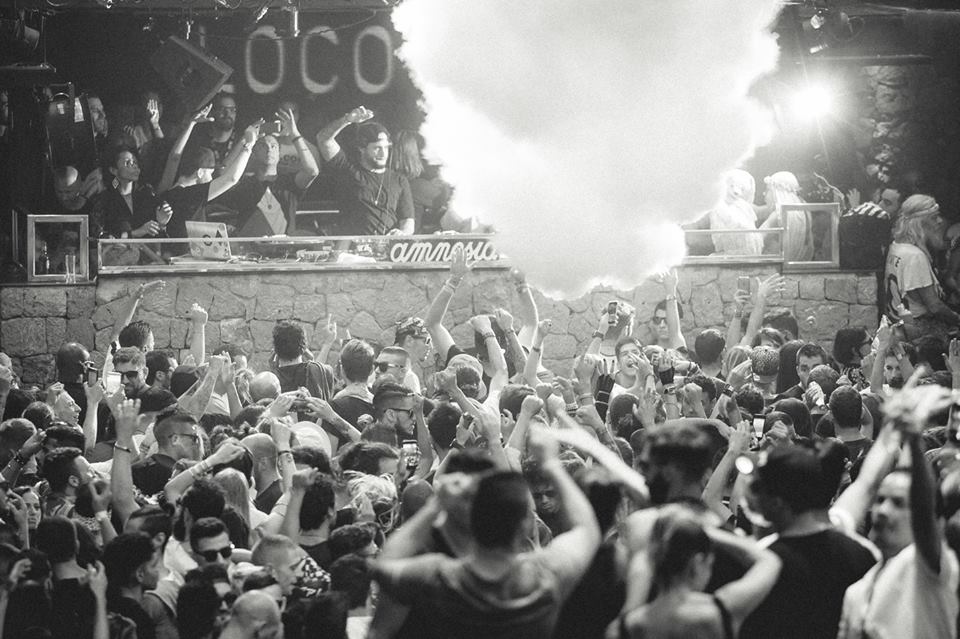 Wednesday nights at Amnesia Ibiza have been Hyte territory since last summer, when the techno-centered residency first landed on the island with bang. While in 2015 the residency was spearheaded by Loco Dice and Maceo Plex, this year the latter has left and launched his own debut Mosaic residency at Pacha Ibiza. Loco Dice will continue to head Hyte with appearances at all except three nights throughout the entire summer.

The 16-week party series will begin on June 1st with a pre-opening party before officially starting on June 29th and ending on October 5th. The roster of talent is deep, with a total of 42 artists set to perform. Others regularly playing the Wednesday night party include Chris Liebing (12 nights), Pan-Pot (11 nights) and Enzo Siragusa who is bringing his Fuse imprint to the Club room on four nights throughout the residency. 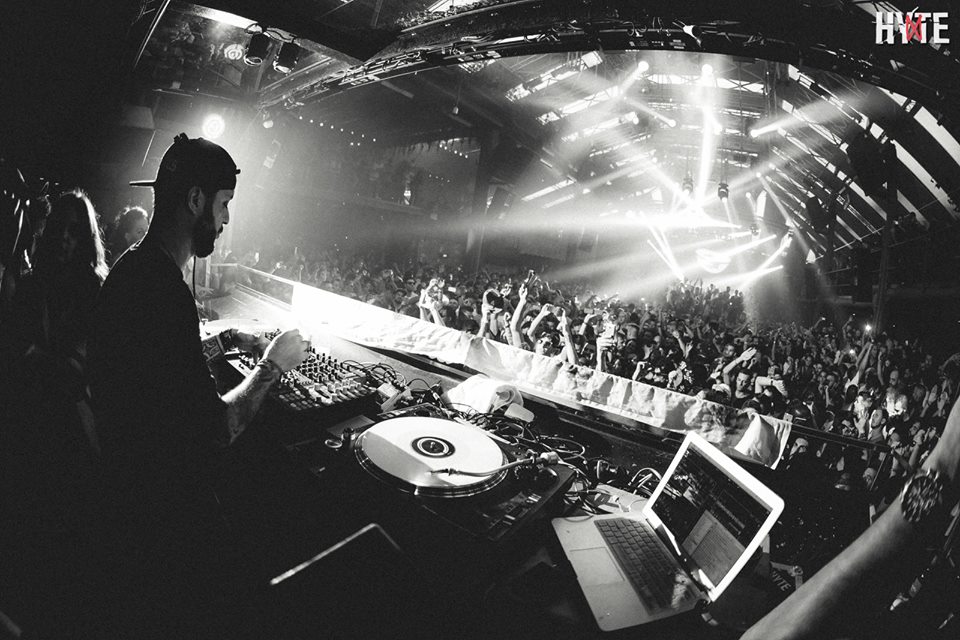 Some of the most illustrious guests visiting the club include Robert Hood who will play twice as Floorplan; Henrik Schwarz who is playing three times solo and once as one-half of Schwarzmann in September ; Gregor Tresher on July 6th; Premiesku with two separate dates; and finally the likes of Len Faki, Maya Jane Coles, Caribou and DJ Harvey all playing once.

This summer, Hyte is promoting a “Yes To All” mentality of inclusion, hoping to bring together a mix of club-goers who enjoy big room techno, tech house and house alike. They will also be hosting 5 after-hours event at Cova Santa, set for June 1st, July 27th, August 10th, August 17th and September 28th. Lineups are still TBA but will likely feature artists that played Amnesia the night before. You can find the full Hyte roster below or through RA’s promoter page. 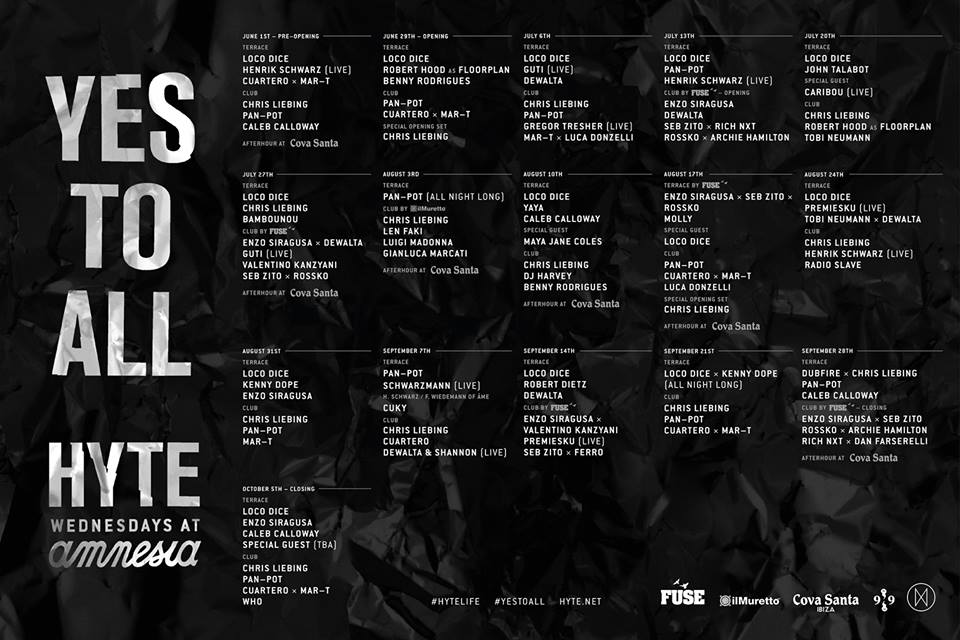