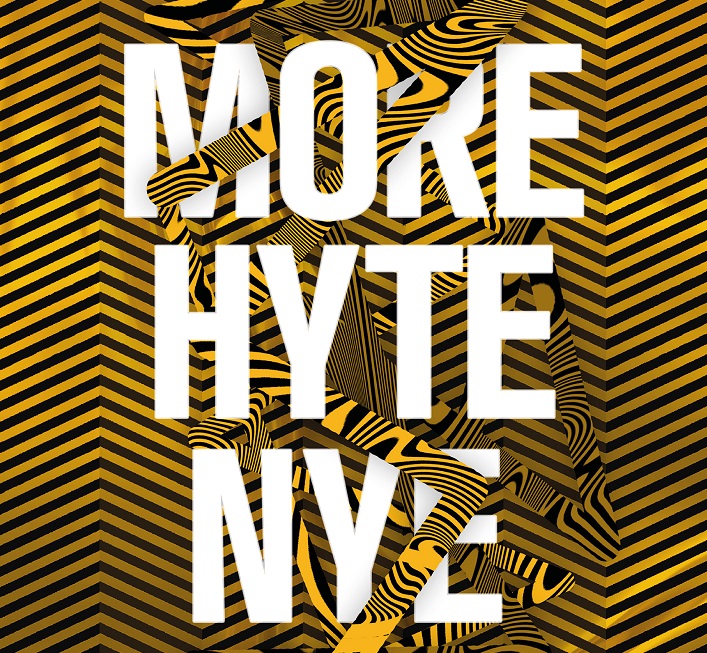 After the much talked about success of last year’s event, globally-renowned underground dance music brand HYTE is returning to Berlin for the fourth New Year’s Eve in a row. This time, HYTE’s New Year’s Eve 2017 promises to be a one-of-a-kind 24-hour New Year’s Eve rave unrivaled in electronic music anywhere in Europe, showcasing the underground elite the HYTE brand is so well known for. 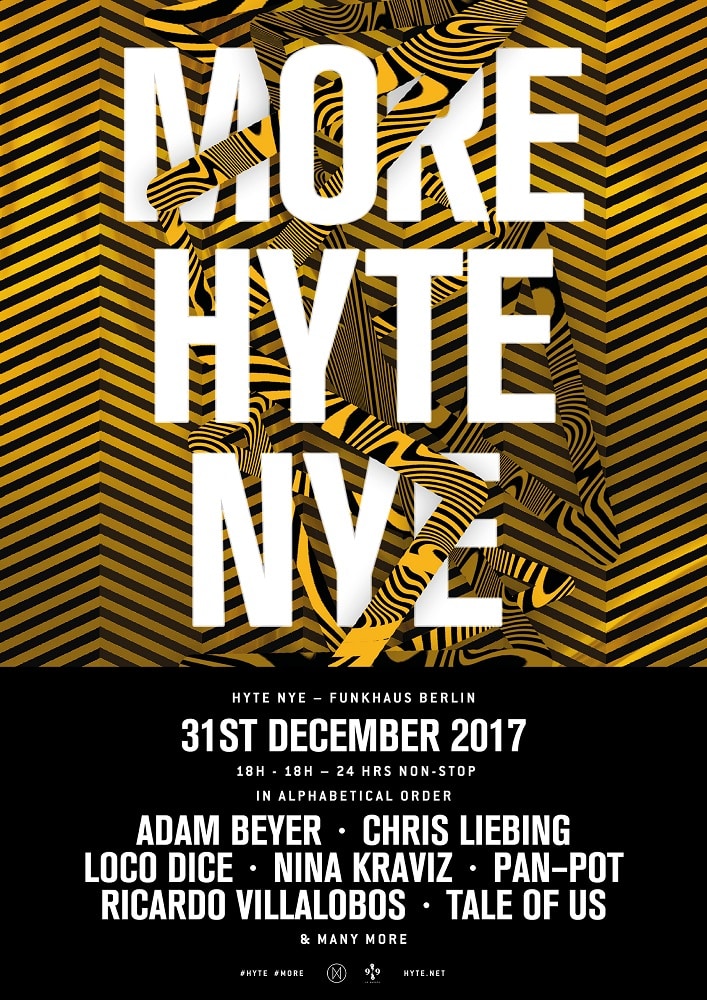 At the moment, it has been announced that HYTE’S New Year’s Eve 2017 party will feature heavyweights such as Nina Kraviz, Ricardo Villalobos, Tale of Us, Loco Dice, Chris Liebing, Adam Beyer, and Pan-Pot, with many more artists to be added to the bill in the weeks to come.

This year’s HYTE NYE will be taking place in what is considered to be the most stunning event venue in Berlin right now, called “Funkhaus”. It’s an old and unique GDR building next to River Spree, which used to be the headquarters of the former national radio and TV stations of the former East Germany. It was never ever used for an event of this kind, quality and size so far, so this will surely be one for the books. 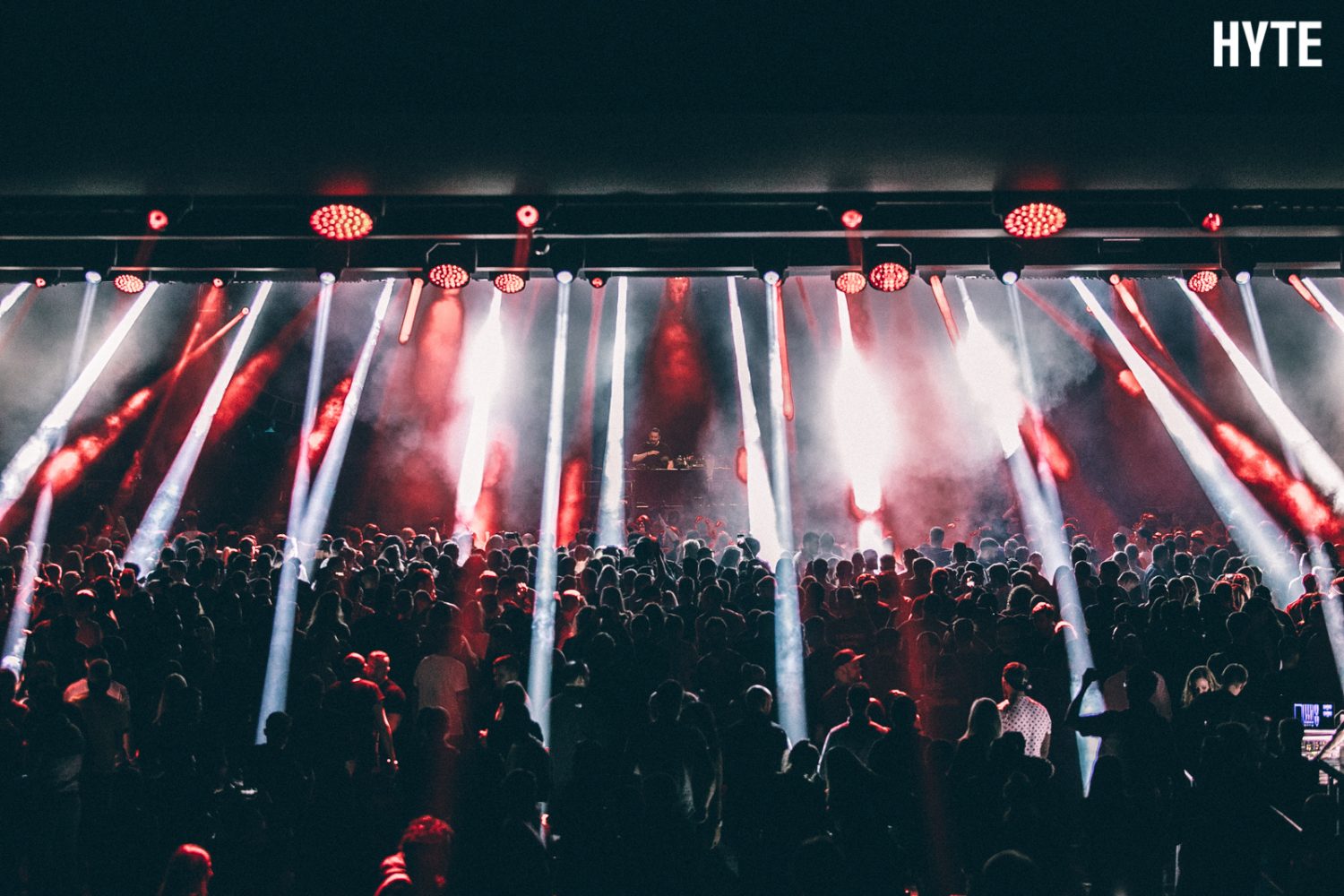 Funkhaus consists of various buildings, including a massive warehouse called “Shedhalle” with a raw, stripped back feel, that will be the main room for HYTE NYE this year. Further stages will be installed in other rooms with a vintage ’60s and ’70s charm.

HYTE, which has been famous for their season long parties at Amnesia in Ibiza and their sold-out festival events in New York, Miami, Amsterdam, Croatia, Italy, Beirut, and various other places in the world – has the experience that can be counted on to transform venues into breathtaking rave playgrounds with exceptional benchmark setting event production including the highest quality of light and sound installations, so every single visitor can be assured of the very best party experience. 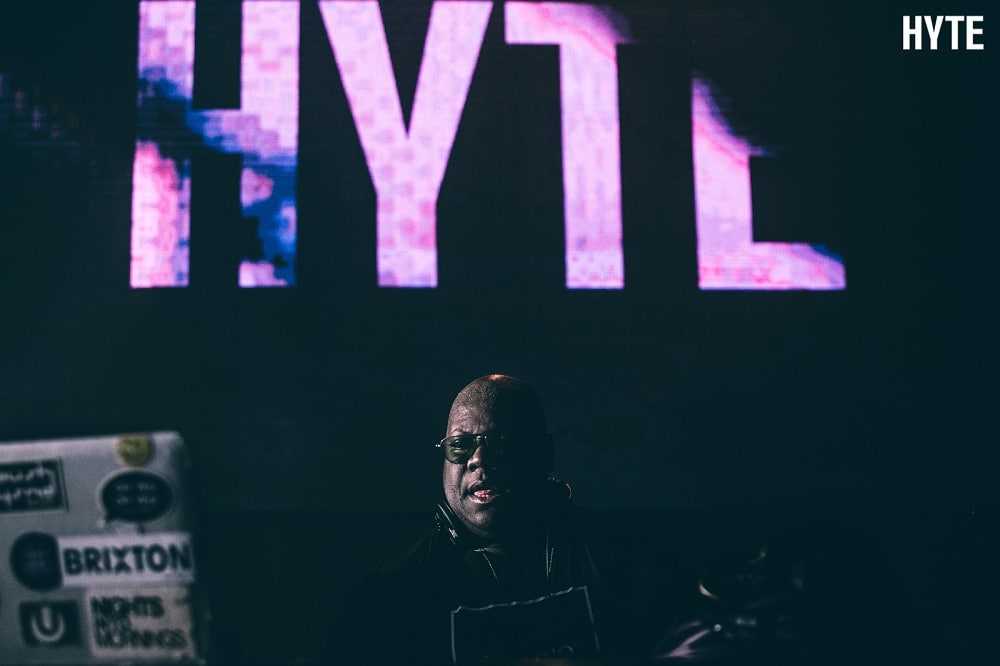