“Working on a band project is really different from producing techno music. Techno requires a lot of technical knowledge, as a straight studio approach. Working as a band is like merging energies between people, and some of the stuff is coming off more like a jam session” -Hunter/Game

It’s often refreshing when dance artists step outside their comfort zone branching into new musical territories. Milan based duo, Hunter/Game, have done just this on their recent collaboration with the Icelandic band, Kúra, and are set to release two EP’s under the group moniker, Landslide.

The two EP’s will be released on August 28th and September 11th, respectively, and feature remarkable sonic craftsmanship from the two joining musical entities. In addition to excellent original pieces, Landslide has also brought in heavy dance friendly remixes from the likes of Max Cooper, Benjamin Damage, Avatism, and Extrawelt.

Part 1 starts out with Silence Before the Storm and embodies feelings of tense ambiance that somehow evokes a soothing vibe thanks to the vocal treatment of Fanney Ósk Pórisdóttir. Next up is Still There, which has a warm wobbly bass reminiscent of recent Moderat works.

The remixes take a much more forward approach to the dance floor. As he does so well, Benjamin Damage steps up with a massively ethereal techno bomb complete with dusty percussion and lush chords asking for a warehouse near you. Where Benjamin Damages remix is more of an upbeat tool, Max Cooper keeps things danceable, but in a much deeper and mystic direction.

The previews for Landslide Part 1 can be heard below, with Part 2 being available in the near future. Chances are you’re likely to hear a few of these gems when Hunter/Game make a stop in Los Angeles on Halloween night.

Enjoy the previews of Part 1, and make sure to check below and see what Hunter/Game has to say about the recent Landslide Project with Kúra. 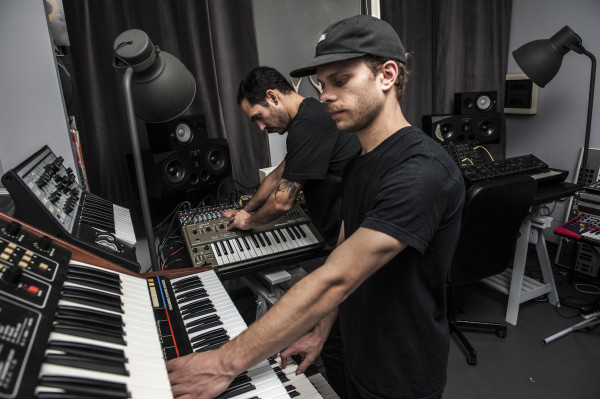 6AM: What inspired the Landslide project?

As we spent a lot of time between Denmark and Iceland we really got inspired from the nature surrounding us. The whole project is based by Nordic atmospheres inspiration, the sound comes from a deep island breath.

Working with Kúra was really inspiring for both, as we come from completely different roots; we merged different vibes between Nordic sounds and techno grooves. By the way Icelandic people have an amazing approach to music, as they are really open minded, but they still keep an unmistakable identity.

How did the creative process compare to when creating music as Hunter/Game?

Working on a band project is really different from producing techno music. Techno requires a lot of technical knowledge, as a straight studio approach. Working as a band is like merging energies between people, and some of the stuff is coming off as a jam session

Than for a final product it is a quite a longer process, as you have to take more time to get inspired to write down the lyrics, sing and record the final vocals, arrange the track, and pass over to the next step working on the mixing and mastering which is a basic part of the process.

Can you tell me about your favorite track from the album? Is there a particular one that particularly resonates with either of you?

Our favorite track is always the last we have produced. The sound, it is always evolving into something new, so we always get excited when we finish a new track.

For sure! Still There, the main track we have produced, but the EP’s and album project have it’s own particular identity, and every track is special for all of us.

How did you guys come to select the various remixers for the EP’s?

Well we really looked into every remixer we have chosen. We wanted to work with every one of them, as we think those are the most inspiring producers around, and our musical backgrounds have been involved in their music.

We wanted to keep an electronic music vibe with Max Cooper and Extrawelt, but then give a techno identity with Benjamin Damage and Avatism. Every one of them made an impressive work, and we are more than happy with the tracks they have made for us. 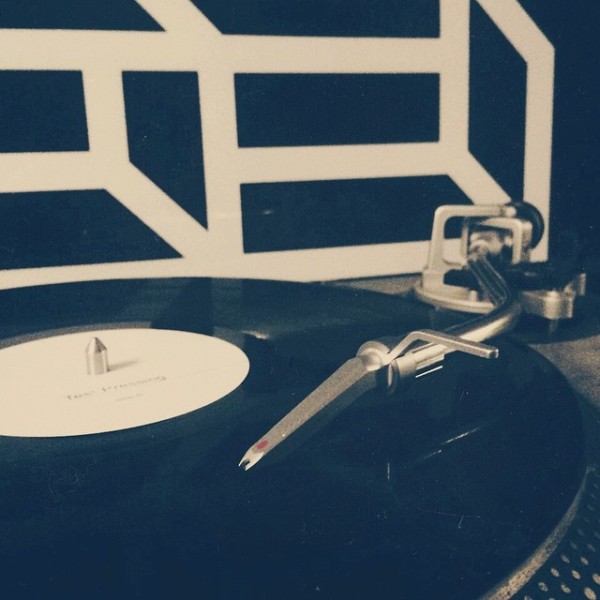 What are the plans moving forward with the label, Just This?

We have been working a lot on the label, and we actually have planned more than 10 releases, working with amazing artists and remixers. After the Landside EP’s we will have a special EP from Christian Loffler, who is one of our favorite musicians, with remixes from Lake People and Nuno Dos Santos. After that we are going to release our homies, Pisetzky and Primal, who have made an EP titled Atomic. So we are looking forward to the next year to release the Landside Album and some other secret weapons.

Thanks for taking the time! See you guys in Los Angeles very soon.