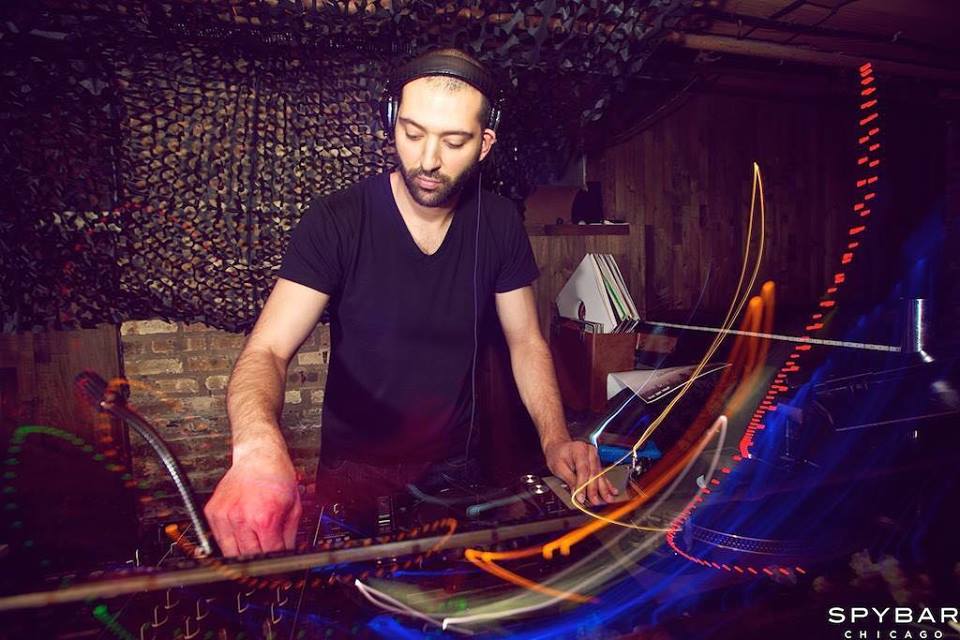 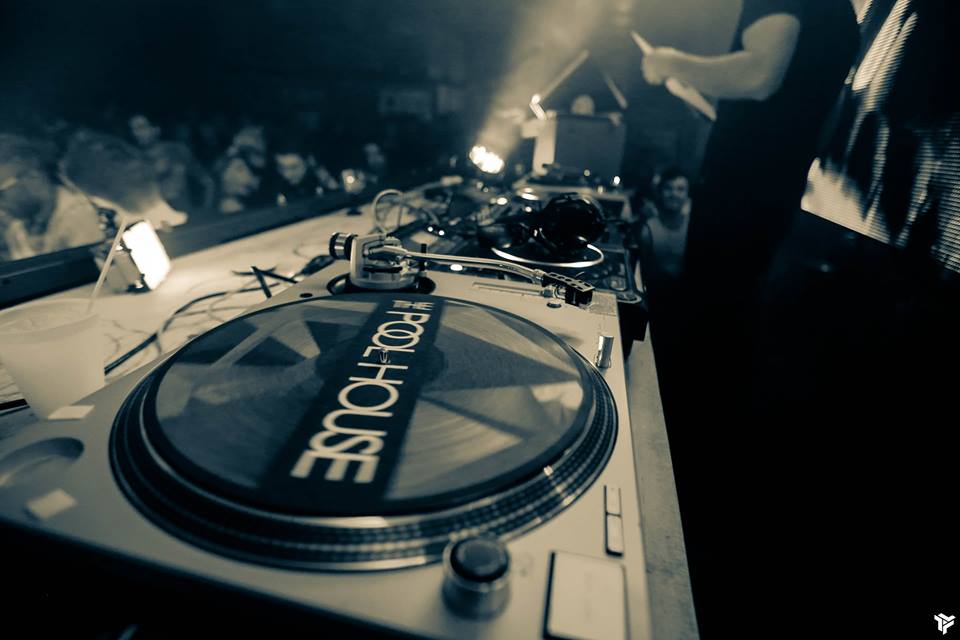 Ricky Bisharat is undoubtedly one of the most prominent producers of today’s Chicago house music scene. Known to many as just Bisharat, he has been involved in the city’s nightlife and dance music scene as an event promoter, producer and DJ for almost a decade now. In May 2012 he co-founded The Pool House, later transforming it from a successful party series into a respected and prolific record label and artist collective.

Constantly pushing the boundaries as both a label head and artist in his own right, Bisharat has spearheaded successful event series hosting some of the biggest names in house music, and performed at world renowned venues and festivals, receiving overwhelming support from major artists and radio stations worldwide. In its first year as an imprint, The Pool House had 25 releases with support from the likes of Damian Lazarus, Kate Simko, Maceo Plex and Riva Starr, features on BBC Radio, Ibiza-Voice, and Beatport.

In the last few months, The Pool House has begun its residency at the city’s Spybar nightclub, one of the most respected and revered underground house and techno venues in the United States. On top of weekend playing time, they’ve joined forces with Unlisted and Dimi Bowie to launch Say Yes, an event series created by music purists that underscores the city’s ever-growing pool of underground talent while at the same time showcasing guest artists from outside city boundaries. Merely a month into the new Wednesday night take-over, Say Yes has rapidly become one of the hottest parties of the week and a true hub for any house and techno aficionado in the city.

I had the pleasure to chat with Bisharat about his beginnings as an artist and his vision moving forward as both a producer and head of The Pool House.

How did you first discover house music? Who were your early influences?

I discovered it when I used to skateboard with my buddy almost 10 years ago. He had a massive collection of vinyl and would literally spin house and disco records all day long. I wasn’t into the music back then, I just liked going over there because we had a place to chill when we ditched class. It began to grow on me over time, and when he would explain every track he played and a little story about the artist to go with it, good times (laughs). And in 2009-2010 when I went to my first BPM festival in Playa del Carmen, that’s when I knew this is what I wanted to do with my life. My early influences would have to be Jesper Dahlback and early Chris Lake stuff.

Back when we first met in the Chicago nightlife scene, your success in the industry and focus was on throwing your own parties as well as on DJing. How and why did that focus shift more towards music production?

Music production has always been there during those years, I just didn’t have an outlet. When I met the Illuzion Records guys, they released my first EP, and were nice enough to let me release another one a month later. Before house I was big into hip hop production as well. Now my focus lately has been primarily on the label during the day, and my production at night. Throwing parties was my thing because I knew how to make a lot of money doing it. It was my way of not getting a job (laughs). DJing definitely added to the funds as well. Over time when I had more say in the operations of certain venues, I was able to use events to help establish myself and other artists on the team.

I remember first seeing you spin around four years ago. Do you feel that your sound has changed over the years with the launch of The Pool House and focus on your own productions?

Oh absolutely, the genre is still within the ballpark, but my sound lately has been the same thing I feel like, just more stripped down. I don’t think the launch of the label impacted my sound at all. What inspires me is that I’m a big fan of “less is more,” and when I hear new ways to construct a groove my brain starts running with it.

The Pool House has been churning out some amazing releases during its first two years. What can we expect from the label as we turn into the second half of 2016?

We have a lot of great music coming from the collective and label mates, we have some really cool remix packs about to be released, and we are working on more Various Artist composition releases since our first one was a big success!

You mentioned on social media that The Pool House will be launching two new sub-labels. Can you tell us a little about that?

Yeah I can tell you a bit. The first is Pool House Black which will focus primarily on the much darker side of house and techno, something I enjoy very much. The second is Pool House Limited which will be vinyl only releases. Also, we will be launching a separate label focused mainly on some cool down tempo and chill stuff, a cool twist on old school hip hop. We’ve been receiving some great demos that’ll fit perfect so we are really excited about it. Still working on a name for it. 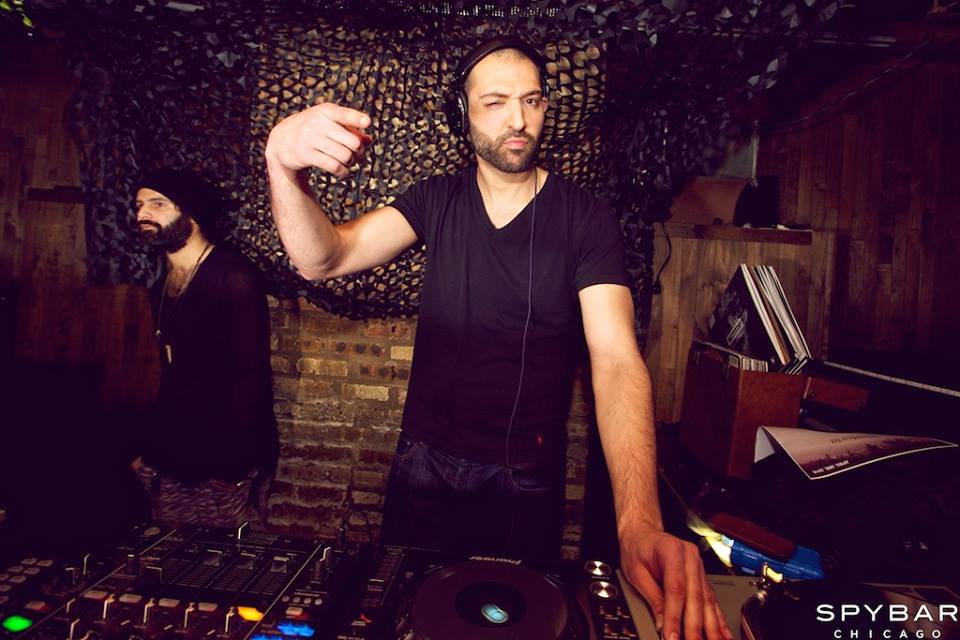 Recently The Pool House’ hard work has been awarded with a residency at the world-renowned Spybar Chicago. What does the residency mean to you personally as an artist and also as a label-head.

I love it! I’ve always been a big fan of Spy and their staff. We’ve worked with many great venues in Chicago, and to now be planted at Spybar to call our home feels right. We just launched a new Wednesday that has already been moving in a great direction in its third week. As a label head, It’s great to get artists on the label some solid exposure on big shows. It means a lot to them and I want to see them succeed

Looking a little into the future of Bisharat as a producer, are there any labels other than your own that you would like to release music on?

Ummm. Its funny, if you would’ve asked me this question a year ago I would’ve had a million answers for you haha. I like the No. 19 crew, I like Visionquest. I haven’t thought a ton about who to release with because I’ve been focused so much on The Pool House and its new branches. I’d also like to get a vinyl release out sometime this year