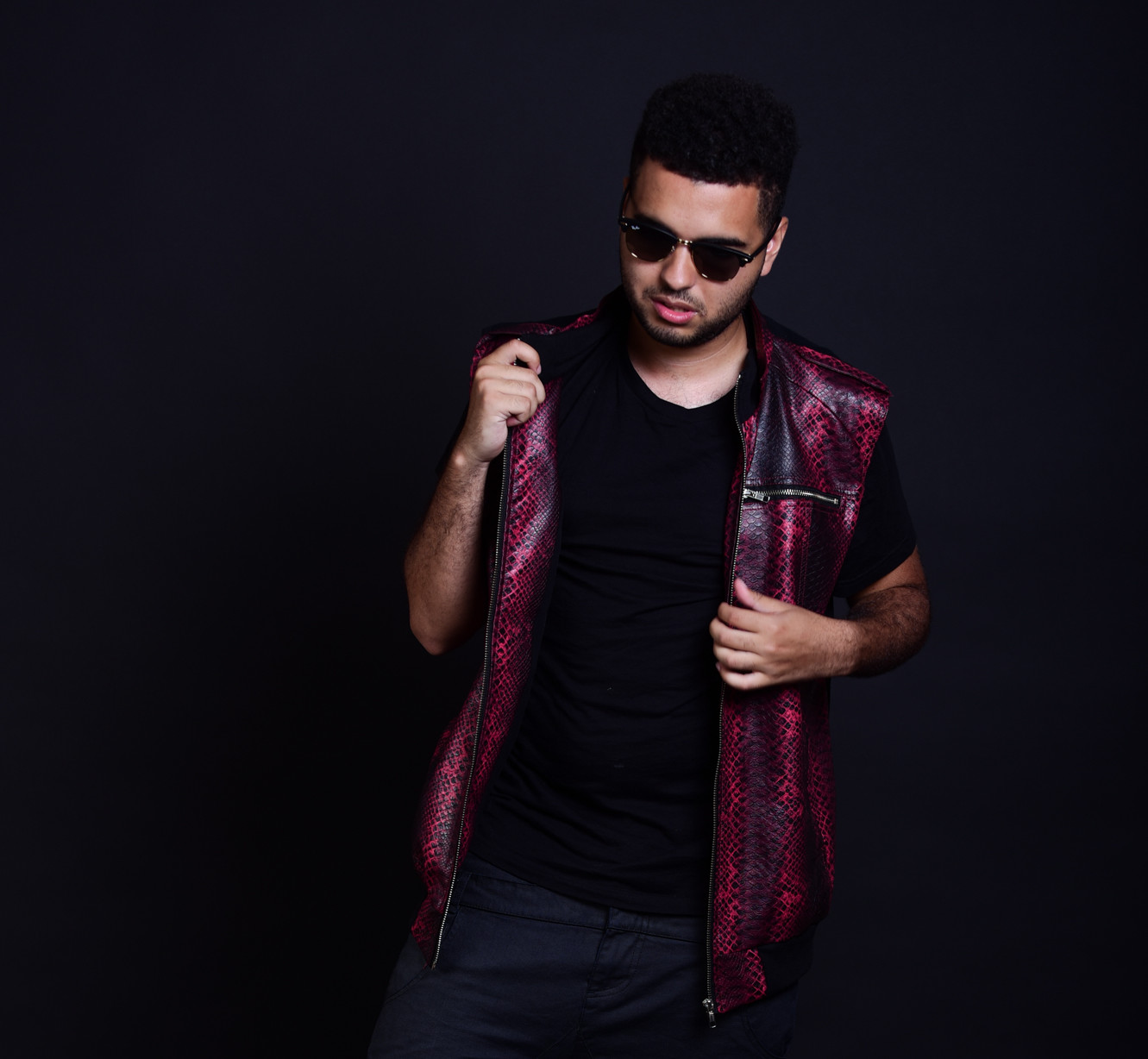 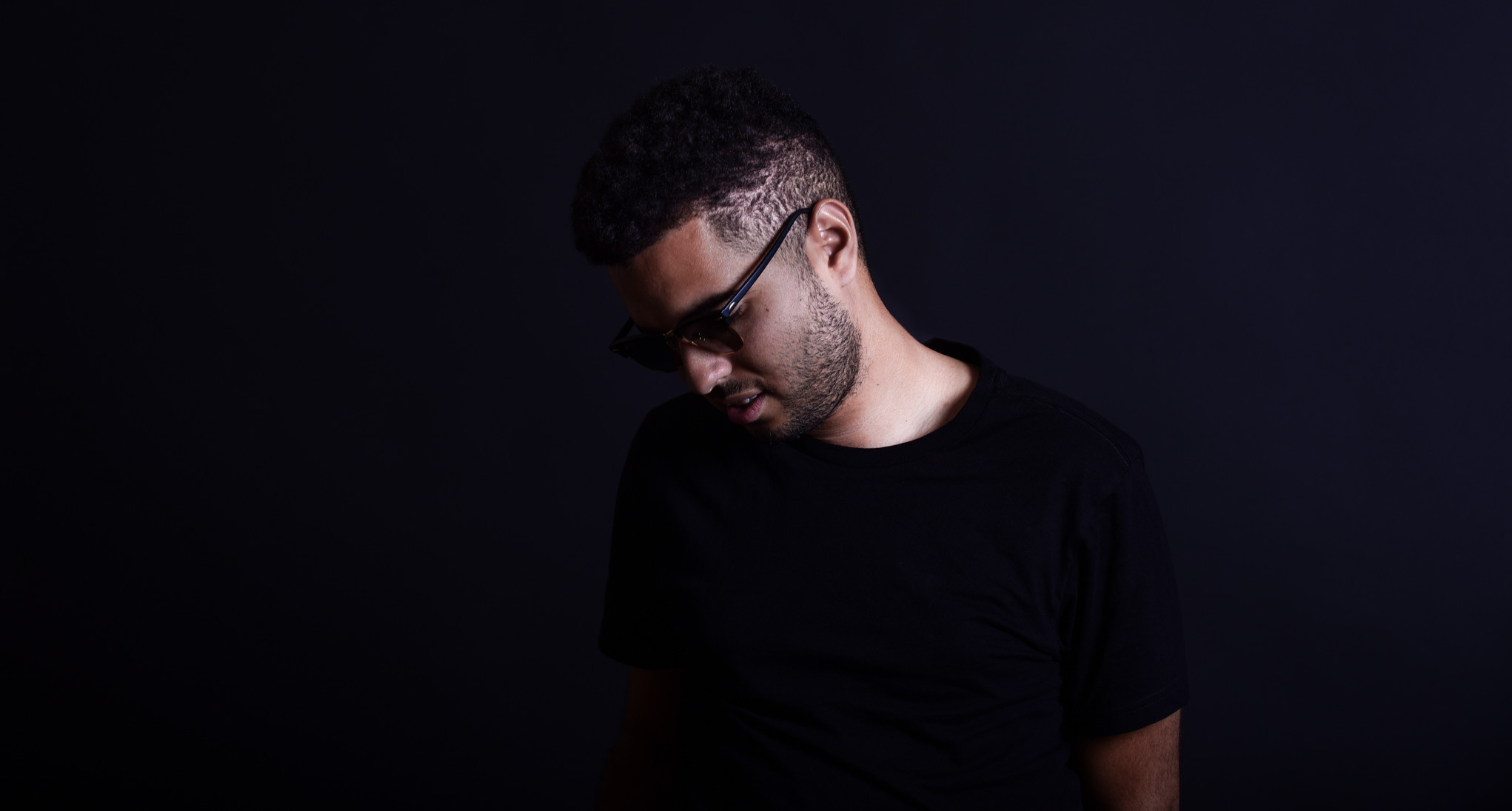 In February 2015 I took my first and only trip to Washington D.C. to visit a close friend. While there, he took me around to check out the city’s vibrant house and techno scene, including two visits to Flash nightclub.

On the first night at the intimate venue I had the pleasure of meeting Julian Ragland, a friend of his and one of the minds behind D.C.’s music community and promoters Nu Androids. It so happens that Nu Androids were hosting Dirtybird artist Kill Frenzy that night and the place was jam packed – an impressive feat for a Wednesday. I have since come to grow tremendous respect for Julian’s work in the D.C. electronic music scene as both an artist and event curator, constantly seeing him push the boundaries from both platforms. Although I never had the chance to see him play live (he produces and spins under the alias Julius Jetson), I have seen the tremendous success and support his productions and performances have received in the electronic music industry.

I recently had the chance to talk with Julian and discuss his past, present and future going forward as both an artist and at the helm of Nu Androids.

Who was Julian Ragland before discovering electronic music? What were your hobbies and passions?

I was a sports kid. I captained my high school soccer team and ran track. I listened to a lot of hip hop and played video games. I was into Mario Kart, Mass Effect and Fifa. I went to an all boys boarding school in Virginia for high school so there wasn’t too much else to do besides that.

You were born and raised in D.C. and studied at the University of Maryland. Can you tell us a little about College Julian, what you were studying and what your aspirations were then as a student?

When I got into college I wanted to double major in Government & Politics and Economics. I was hoping to work at the World Bank or IMF. Things quickly shifted after my first year none the less.

What was your first contact with electronic music? Was it during college?

It wasn’t until my junior year of high school that I discovered dance music and was actively listening to it. The first artists I listened to were Major Lazer, David Guetta and Afrojack.

You were into hip-hop at a young age, citing Lil Jon, Ying Yang Twins, Gucci Mane, Boyz N The Hood, Lil Scrappy, and the Atlanta scene as some of your early influences. How did that music tie into with your newfound love for electronic music when you first started to enter the DJ world?

When I was a kid, I wanted to be from Atlanta so bad. All these artists were putting out the hottest records in Hip-hop. During college, I was listening to a ton of house and hip hop records. I was kind of upset that there was no crossover. So when I began to produce, I sampled hip-hop acapellas and put them over the house tracks that I was making. It just made sense, I love house… I love old hip hop… Why not combine the two together? 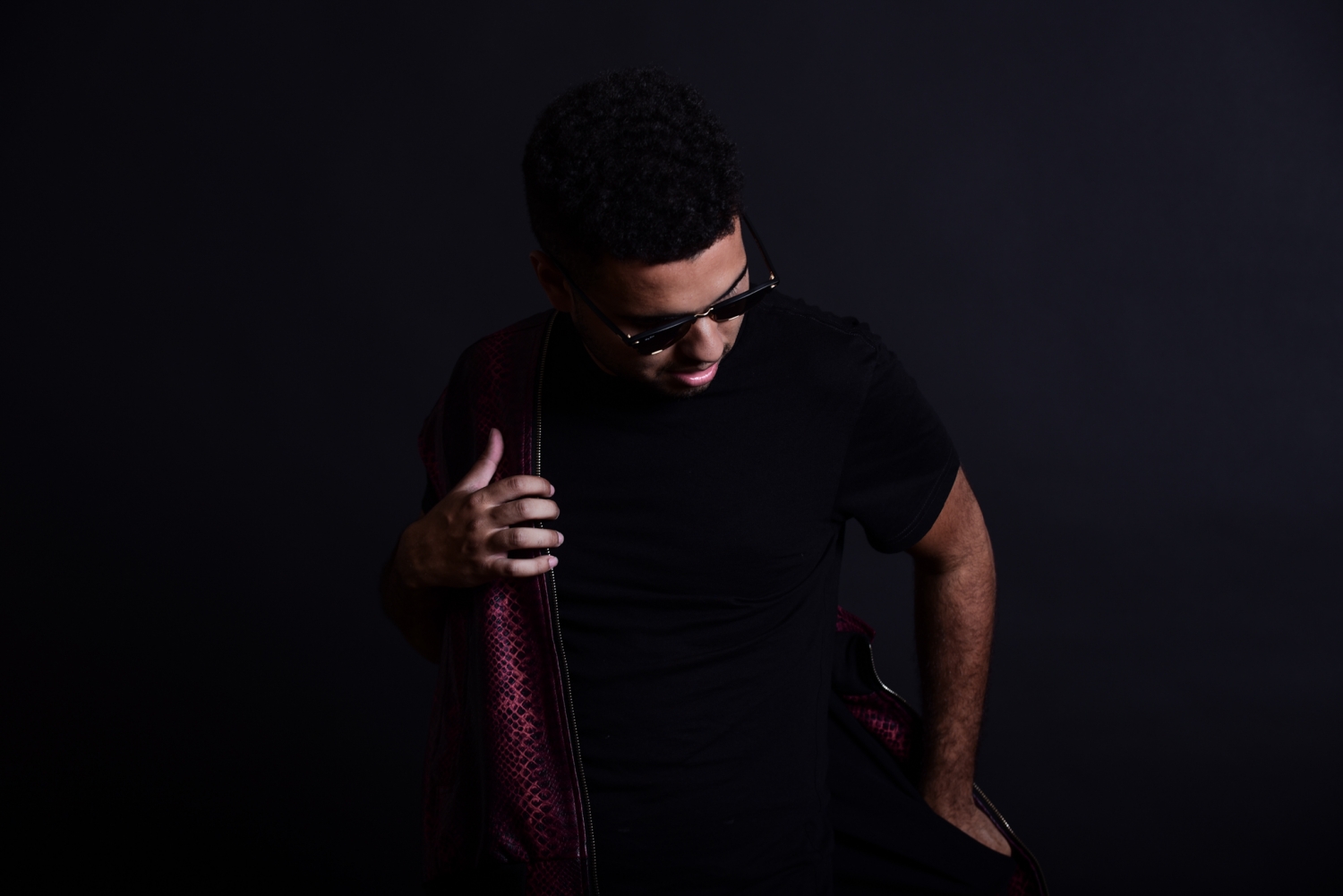 Was there an DJ or producer in particular that inspired you to make the jump from listener to DJ and then producer?

I wanted to become a DJ because I was inspired by Steve Starks & Nacey out of the Nouveau Riche crew. Honestly, the first time I really wanted to become a producer was when I was getting know Imad Royal. He came over to my apartment one night in 2013 and just showed me stuff he was working on and that the moment I knew I wanted to pursue production.

You’ve found yourself a niche in G-House, and understandably so with your early and current musical influences. Who are some of your current favorite G-House producers?

Right now my favorite producers in gangsta house are Bijou, 33hz, and Volac.

As a producer, you’ve had some tracks get major attention and play on SoundCloud. Is there any record label you aspire to release on in the near future?

I’ve actually got one on Jump To This coming out soon. I’d love to get a track on Basement Leaks, Audiophile XXL, or This Aint Bristol. I want to start my own record label in the not so distant future.

Is there any particular artist you dream of sharing the decks with one day?

A back to back with Shiba San would be incredible.

Early on, you co-founded Nu Androids, a platform for music enthusiasts in D.C. which you’ve used to plan, execute and promote some amazing electronic music shows in the capital. What was your goal when you started this project?

To bring dope music that walks the line of the commercial and underground scenes to D.C.. Nayef Issa and Brad Piff came to me with idea and I loved it. Since then we’ve been trying to push the limit of what is done for scene in the district. We renovated spaces for our roaming Ai concept. We’ve planned and executed a warehouse party with Brodinski. We wanted to build a company for music enthusiasts by music enthusiasts.

You’ve booked some amazing names in the international touring circuit for these shows. Can you tell us of some of your favorite parties and guest DJs? 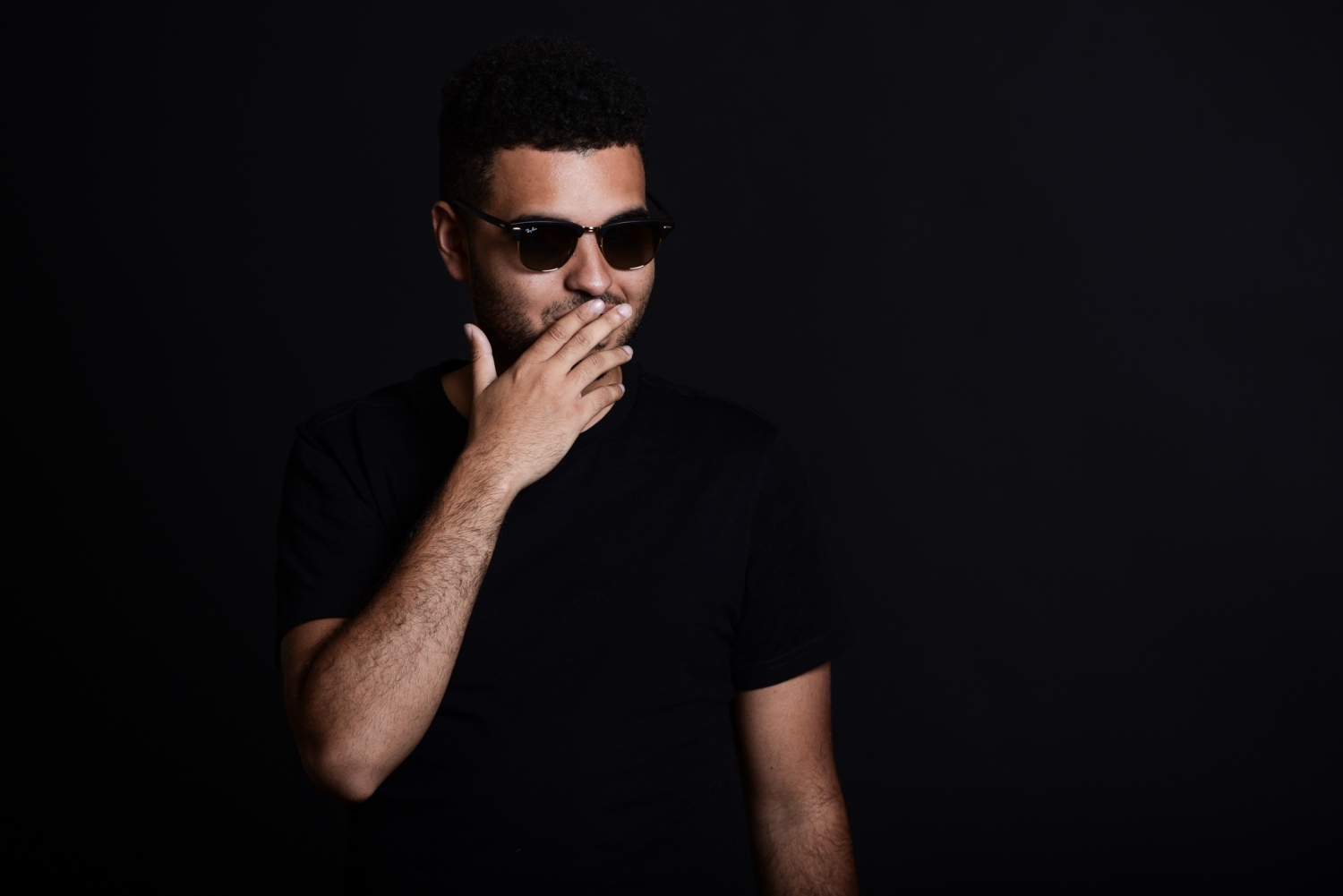 I attended one of your shows at Flash and had a blast. Recently, you’ve explored and moved to different venues, booking a diverse number of sounds and acts to keep things fresh and interesting. Where do you see Nu Androids heading in the next couple of years?

We really want to get into more warehouse parties and maybe open our own venue one day. We also want to do a festival eventually. We’re scheming!

Although they relate to one another, you’re juggling the lives of a musician – DJ and producer – and promoter. Which one do you enjoy working on more and why?

Honestly, I love each for very different reasons.

I love producing because I get to challenge myself mentally. I get to think outside the box and hone my creativity. Its honestly like painting, there’s no rules only tools.

Organizing events allows me to give back to the city that raised me. I also love helping local up and comers find there niche via our events. Nothing makes me happier then to see a local producer succeed.

What are some of your favorite things to do in D.C. outside of being at a show or in the studio? Any hidden gems?

I love hanging out along the water of the Potomac, especially during the summertime.

Favorite food spot in the city?

Do you see yourself staying put in the capital or do you feel that one day your music needs may take you elsewhere?

For the time being, yes I do see myself staying put but who knows in the future? I love the weather in LA.

Ok, next up I am going to ask you a series of short questions. Just give me the first answer that comes to mind. Ramen or Phở?

Controllers in the booth. Yes or no?

Favorite city in the U.S.?

Venue you dream to play in one day?

All photos courtesy of Tania Hauyon