How YLYNE Blends the Unexpected With Techno 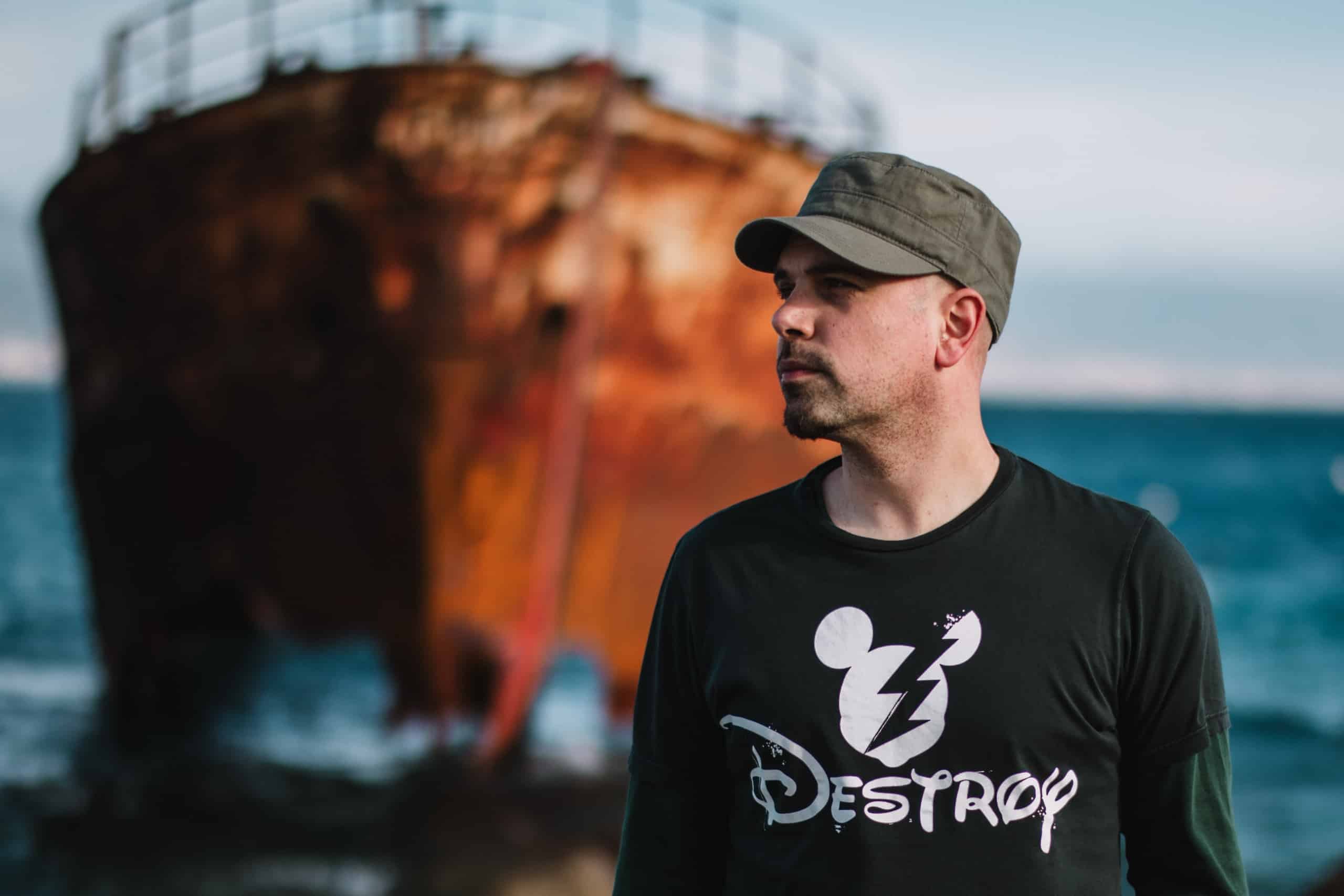 How YLYNE Blends the Unexpected With Techno

YLYNE is the project of the Italian guitar player, composer, and producer Frank Martino. Frank is an eclectic musician comfortable with rock, electronics, and jazz. In 2012 he graduated with full marks in Jazz Music at the G. Frescobaldi Conservatory of Music in Ferrara, Italy. For over ten years he has dedicated himself to jazz and electronic music, bringing this approach into various projects.

He released three solo albums with his band, Disorgan, via Auand Records, an Italian independent label dedicated to genre-defying music, providing a home for artists who push the boundaries of improvised music: Revert in 2016, Level 2 Chaotic Swing in 2018, and Ego Boost in 2020. As a producer and under the pseudonym of YLYNE he has released two Eps in 2014 (5 Ways To and AB+) and two albums, 26 (2017) and Odd Dance Music (2021).

Line Up, his new single, blends dance music with dub and African-derived rhythms into a stunning hypnotic progression. The track was produced and live recorded entirely on synths, drum machines, and samplers.

Hi YLYNE, thanks for joining us. We’re glad to have you on. Tell us a little bit about yourself. What first got you into music, and how long have you been DJing and producing music?

Hi, thank you for having me!  I started playing guitar when I was 14 and listened to rock and metal bands like Iron Maiden, Metallica, Dream Theater, etc…At the age of 22, I began to study jazz music and after five years I got a degree at G. Frescobaldi Conservatory of Music in Ferrara, Italy. Around this time I became passionate about electronic music, listening to Aphex Twin, Squarepusher, Amon Tobin, and many others, so I gradually bought a lot of synthesizers, samplers, and weird stuff, lol. The first thing I did was combine my guitar with electronic instruments and I still do it.

“I became passionate about electronic music, listening to Aphex Twin, Squarepusher, Amon Tobin, and many others, so I gradually bought a lot of synthesizers, samplers, and weird stuff, lol. The first thing I did was combine my guitar with electronic instruments.”

The best part about electronic music is that it can blended and produced in any way.

At the end of the 2000s, when dubstep was everywhere, I started DJing drum’n’bass, IDM, and bass music, but I realized very quickly that I was more interested in producing music. So I learned how to make music in a DAW, spending a lot of time (and money, lol) studying mixing and mastering techniques and working with many musicians from different backgrounds.

Since 2015 I’ve been releasing music and performing live sets under the pseudonym of YLYNE.

You classify yourself as an eclectic musician. What specifically about the genres of rock, electronic, and jazz resonate with you?

That’s an interesting question: what I really love in jazz and improvised music is the unpredictable nature of what is coming next…this could be disorienting for those who are used to traditional composing methods, but with a lot of practice you might find it very inspiring.

“What I really love in jazz and improvised music is the unpredictable nature of what is coming next.”

Music is always weaving and changing into something unexpected.

Although YLYNE is a solo and very structured project, I like to simulate this unpredictable situation using a bunch of different random events during the composition process: that’s why my music is always live-recorded with analog synths and sequencers that create random lines.

As a guitarist, in my 15s, I was literally dazzled by distorted sounds and effects and, of course, I immediately started to process my instrument through pedals and virtual effects: rock-derived music is where guitar finds its maximum expression. But I am also groove and bass addicted…so, what’s better than electronic music? (LOL)

Seriously, music production allows you to behave like a composer writing music for his orchestra, to attend to every single detail present in the sound spectrum, and it is a unique experience, very different from that of an instrumentalist.

Read Next: To Cut the Cord or Not? TikTok Behind Increase in Streams

Speaking of blended music, your June 15th single Line Up incorporates hypnotic dance music, dub, and African-derived rhythms. What was the inspiration behind the track?

It may sound strange, but the track was conceived while I was rearranging some African percussion samples.

Obviously, the end result has nothing to do with African music, but in some sections of the track, I kept some of those samples to get that kind of feeling. In addition, the track is based on hypnotic riffs and beats that slowly evolve through a dub-oriented texture.

The single also included a 3D animated music video. First, the visual artist and sound designer LSKA did amazing work. Can you share more in-depth what drew you to the concept of biotechnological lifeforms for the music video?

LSKA: In YLYNE’s music there is always an organic element, could be a sampled voice or sounds from other natural sources, which gets always altered and processed digitally — creating very fluid, artificial, yet somehow natural soundscapes. This single has a peculiar minimal feeling that gave me the idea of a monocellular, synthetic lifeform seen through a microscope.

The “cell” is stimulated through time by the sounds as if different substances were poured into the culture fluid, each one of them causing a different reaction.

Read Next: The Warehouse Project’s XXL Returns This Fall

Do you see yourself creating more music videos for your projects in the future?

Yes, absolutely — my music is closely connected to the visual experience, both in terms of studio production and live performance. LSKA created video clips for most of the songs I released and is responsible for the live show visuals.

Any new music or other projects on the horizon?

I have recently founded my own record label, Record Y, and I am working on upcoming releases that will see the light in the next few months.

I am also writing new music for my band, Disorgan, an electronic-jazz-oriented group with sax, 8-string guitar, piano/synths, and drums.