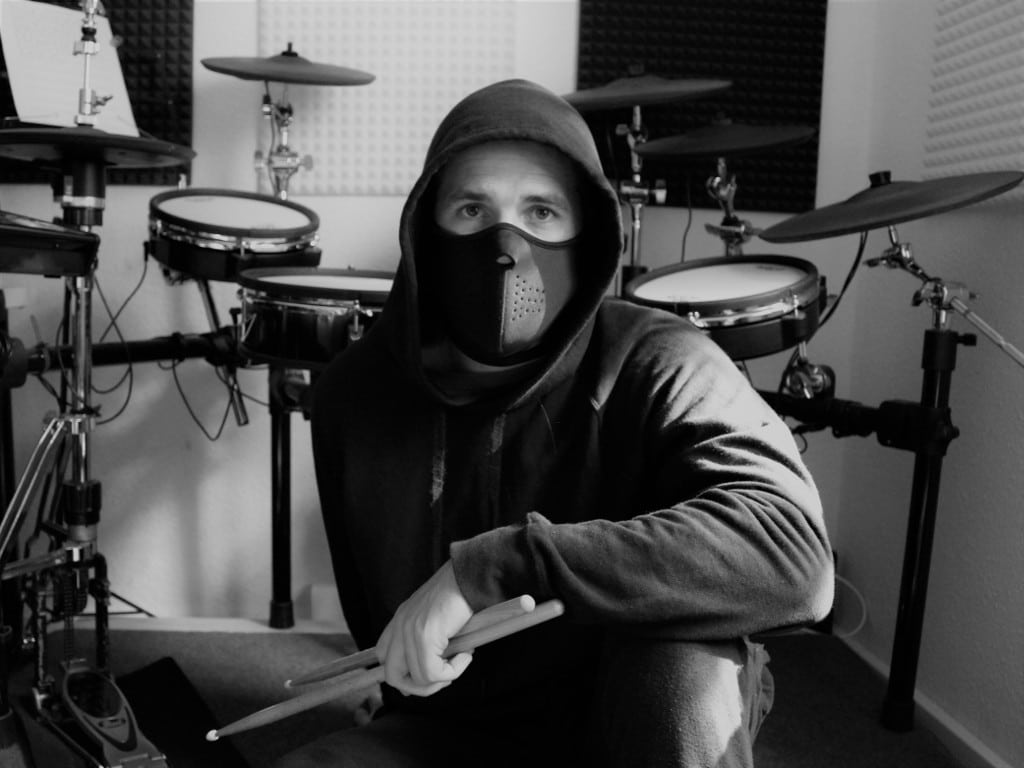 Thanks for taking the time to chat all things music. How are things in Berlin right now, and how’s everything going personally for you this year?

Sadly, the nightlife has been on hold this year but it’s allowed me and my partner more time for the outdoors. I live in the north of Berlin and there are lots of beautiful forests within cycling distance. Because of the travel restrictions we’ve been exploring more of Germany, such as the Black Forest, Rügen Island and other heritage-listed forests. The best part has been experiencing nature with zero noise pollution from planes. I’ve never heard it so quiet – perfect for field recordings.

What (or who) first got you into electronic music?

I fell for underground electronic music at my first Australian bush doof, Subsonic Music Festival, back in 2009. Before that, I was mainly into death metal and other live music. At Subsonic I was exposed to something completely new: underground house, techno and bass music. I was in awe at the infinite sound palette these styles had and the camaraderie on the dance floor. After that, I knew I wanted to write underground dance music and started attending these types of festivals and events religiously.

Do you feel your productions have changed since moving to Berlin from Sydney or do you find yourself building upon a certain style/genre?

For about a year after moving to Berlin I didn’t have a studio and was just going to events and absorbing it all, which has definitely influenced my style. A lot of what I write is pretty varied but I do find some of the Berlin sounds seeping in: hypnotic, acid, dark, industrial, experimental, faster-paced. I’ve always been a fan of these sounds but being exposed to them in a live setting was much more impactful and moving. So I’d say it’s both, my style has grown with the help of the move.

WATCH: How Bass To Pain Converter Uses Live Drumming for his track “The Next Red”

What a dose of acid house with your record “The Next Red,” tell us a little bit about the track’s title and its inspiration.

I first met Dave (David Kras aka Hellquist) at the last ever Freqs Of Nature Festival, near Berlin, in 2018, and shortly after we both played at Shankra Festival (Switzerland). After sharing some great experiences and realizing we had similar tastes in psychedelic techno we decided to make some music together. Since Dave lives in Sweden, the way we collaborated was to individually work on the project for a couple of sessions then send it to the other person to build on and so on.

The title is related to the vocal samples, which were taken from the late, infamous 60s snooker commentator, “Whispering” Ted Lowe. The track has this sinister, detective vibe and the vocals complemented it perfectly. The words used are inconspicuous enough to imagine that he’s talking about something far more grandiose than snooker, which we both liked.

You have a professionally trained background in drumming, live performance and production. We also hear people saying to take “creative risks” and “think outside the box,” is it hard sometimes to let your creativity guard rails down with a background like yours or do these “limitations” bring about inspiration too tho?

I think having a trained background hasn’t hindered my creativity but allowed me more options. For example, I can just sit down on the drum kit and write a track from scratch then build upon it in Ableton. Or I can jam over a track to figure out the missing groove while being able to notate and finesse it. I would also say that having experience in genres outside of dance music has also helped me with creativity.

It helps with obtuse approaches and pushing the genre out of the norm. One thing I miss about being in bands is having different minds to bounce off, which creates something completely unique that you wouldn’t normally stumble upon. Collaborations can be awesome for filling that void.

Producers are sculpting sounds and finding the most interesting ways to (re)create it. You used your background in drumming for a unique element in your track. Can you share what prompted the idea and was it your first time doing it?

I’ve had this approach to writing rhythm sections more or less since I started producing. As a drummer, it’s much more natural and free-flowing than inputting midi notes with a mouse.

For this track, I knew I wanted to try something more syncopated, instead of just straight up and down techno hats and snares. First, I chose drum sounds that fit the track then mapped them to my Roland TD-30K, electronic kit. Then I jammed over the track with the drums removed and managed to find this cool linear groove that sat well. It kind of added a more laid back, gangster feel and felt more groovy than off-beat hats and the snare on 2 and 4. This became the building blocks for the drums and later Dave built on them by adding more driving elements.

Having drums/percussion like this in turn makes it more exciting to perform it live. Moving forward, I’ll be performing my live sets with the kit by removing the drums from my tracks and playing them live.

Do you have any upcoming releases people should keep an eye out for or any mixes people can check out?

There’s another collab. that I’ve finished with Adamson (aka Alic / co-owner of Digital Diamonds), which will be out soon. I’m also working on tracks with Fredrik Astevall (aka Krumelur) and Chain.

My big project at the moment is an EP with remixes but I can’t spill the beans on that just yet. For this EP I’m using new tools, such as Native Instruments’ Symphony Series. It’s challenging scoring with orchestral articulations and dynamics but I’m loving the process.

Any artists who are heavy in your rotation right now?

Time to write music and further my career, and perspective on what’s important without the usual chaotic hustle of capitalism.

Big love to Dave (David Kras aka Hellquist) for being a great human and inspiring me to make the music we have written together. He’s a super talented dude so be sure to check out his tunes. We’ve got another couple of tracks in the works so keep an ear out.

Also, love to my neighbors for dealing with my 8” sub and electronic kit. Four years and no complaints. Legends.