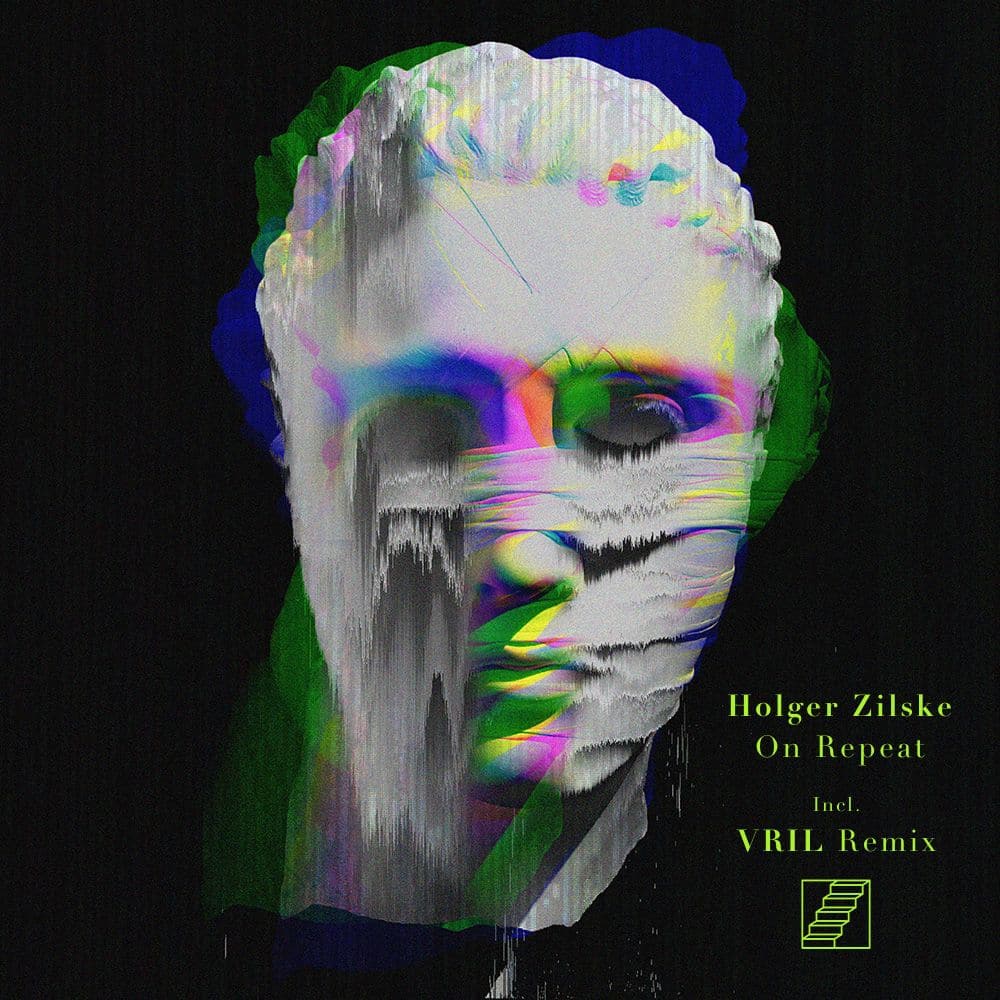 After a series of ambient influenced and rough Techno cuts, AEON’s innovative sub-label, ÆONIC shows yet another musical face, releasing a classic Electro/breakbeat EP by Holger Zilske. including a fantastic remix by Vril. Holger Zilske is no stranger in the electronic music landscape.

“Covid-19 and some major family issues made me focus on my inner-self and let me reflect on my situation a lot. I wanted to do something more personal again. Something not just functional. “On Repeat” definitely has some Kraftwerk reminiscences. I combined the robot-like vocals from a book reading app with my Juno 106, Roland 101 and 808 beats. A combination of very classic elements that created something to enjoy on a party, as well as at home.”

Vril, known for his releases on Ostgut and Delsin, has become an appreciated live act in techno. With EPs like “Alte Seele“ (with Berghain’s very own Marcel Dettmann) he has already shown some different skills, drifting into a more dark side of the electro world. A perfect fit for this EP with no doubt: Vril’s stripped back electro version is a perfect addition, letting “On Repeat” shine in a more ethereal, melancholic way than its original.

The Making of “On Repeat”

For Madness, “The lyrics  are inspired by an old movie from Greece.“ Holger says: “I found a vinyl on the flea market with the soundtrack and some voices from the movie on it….I played with some snippets of the voice and exchanged it later with the same robotic style vocals that I used for ‘On Repeat‘.“

The text saying, “You got everything except one thing: Madness“ teaches a totally controlled environment won’t give you pleasure, and you won’t be able to buy happiness.

“Eternally Connected” was inspired by old material from John Beltran who Holger admires a lot. The tune has a distinctive old school flavor and is topped with an improvised guitar being played by his studio partner Don Salustre. For Holger, this track is a very personal and emotional one, and so he dedicates it to his son.

Since his early beginnings as a producer, DJ, performer, and sound designer, he has steadily gotten worldwide recognition with his well known projects, working with artists like Ellen Allien and Pampa’s Dave DK on some of the most distinguished labels.

Having already released on Playhouse, Acid Test and BPitch Control quite some time ago under his real name, Holger returns to Æonic bringing his most personal side back into the spotlight.