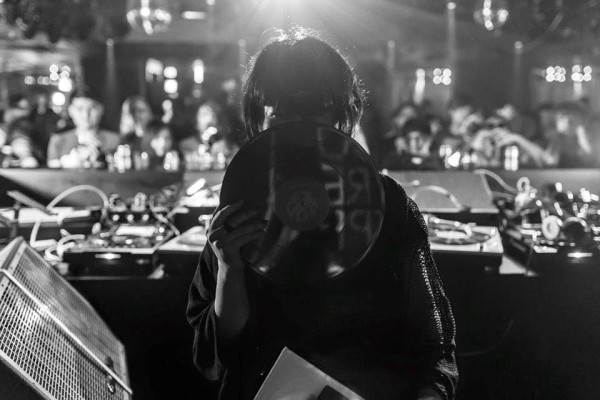 Hito was born in Japan, but she truly is a citizen of the world. Having traveled the globe learning new languages and cultures, Hito has amassed experiences that undoubtedly had a major impact on her life and career.

Many will know Hito as one of the major influences behind ENTER.Sake, but her dynamic history and influence on modern day electronic music extends far beyond the revolutionary concept. From her humble beginnings in Japan and Berlin, Hito continues to rise and fulfill her passion for music and culture.

“I left home in 1999. I already had a feeling that my type of personality is usually killed by a Japanese kind of society, so instinctively I decided to leave Japan. I had no idea how to live and what to do. I just felt safe in myself, mentally” – Hito 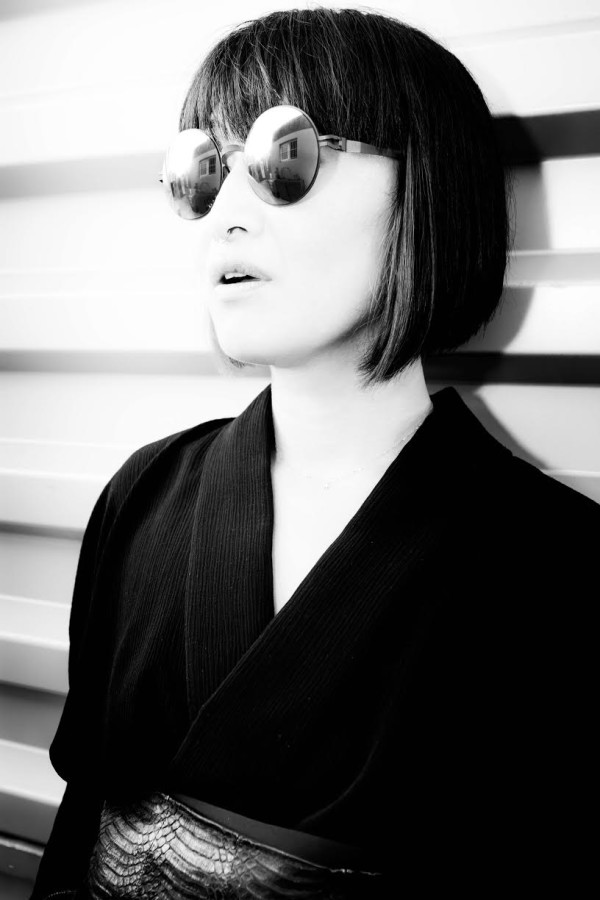 Despite fostering an environment of incredibly skilled and passionate individuals, Japan is generally considered a conservative society, and choosing an alternative lifestyle such as music isn’t without it’s challenges. One of Japan’s techno pioneers, Ken Ishii, experienced similar challenges when choosing to dedicate his life to music, and for Hito, her move to Berlin in 1999 was essential for laying the foundation of a promising forthcoming music career…even if she didn’t know it at the time.

“When I left home I arrived in Berlin, and did not have any focus to be a DJ by coming to Berlin – this was just an extension of my journey”

The move to Berlin was the catalyst to her music career, and since then Hito has made a deep impact within the electronic music industry. In addition to playing a major role in the development of ENTER.Sake, Hito finds herself showcasing her sleek style of minimal techno all over the club and festival circuit, with appearances at events such as The BPM Festival, Fabric London, Movement Festival, Richie Hawtin’s Prototypes Tour, and many more phenomenal events.

We recently went in-depth with Hito to learn more about the rising Japanese star. From her immense wanderlust to musical philosophies, she provides a fantastic outlook on her journey into dance music. 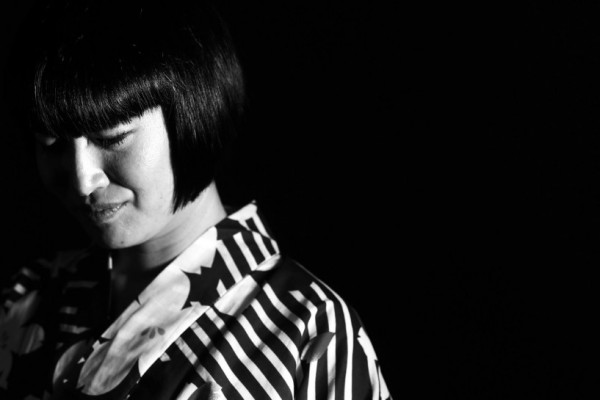 Can you tell us about your early life before music?

When I was a student I traveled to many countries. I like to study language. I learned English in London on a homestay program, spent time in Pennsylvania in the USA, I spent a month skiing on the mountains in Austria, I learned Italian in Florence, German in Munich. I took a German course as well at university and my first time in Berlin in 1996. I was like a little fish in the big ocean, swimming around and having fun and dancing!

Where did you grow up?

I grow up in Himeji which is on the west side of Japan, next to Kobe and Osaka aria. 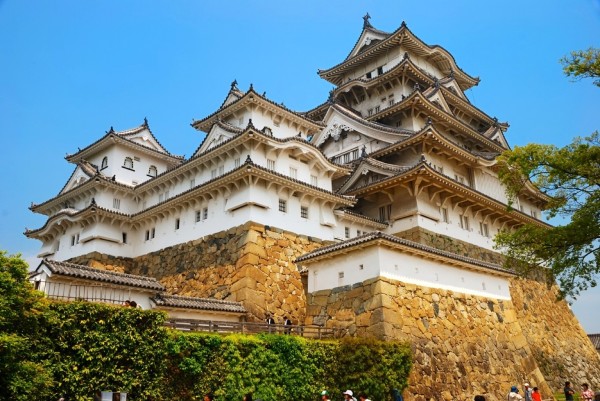 Himeji is famous for “Himeji Castle”. Because of the castle we are a traditional and historical city. Many tourists visit every day for the nice parks and to see the castle.

Did you always want to be involved in music? What was your dream job as a kid?

Actually no. I was always dreaming as a child. I have been to many different places and seen different cultures, for me it seemed that none of them are right or wrong. Wherever I was that was my reality, it was not only one thing. I really feel for me life is always a dream. Maybe because of that I wanted be an Angel that has human existence because you can fly and warp places.

Can you remember your first exposure to electronic music? At what point did you gravitate towards house/techno/etc?

I think it was Towa Tei. He is a Japanese artist who is well known as a member of “Deee Lite”. He always invents really beautiful and almost funny electronic music. I’m really into his creation. Even now when I’m living in Berlin, I try to follow his music. Berlin introduced me to a lot of sounds from Techno, Tech-house and interesting electronic music.

To my understanding, Japanese culture can be very conservative in terms of lifestyle or choosing a career. Is this a challenge you had to face when ultimately making your decision to pursue this lifestyle?

I left home in 1999. I already had a feeling that my type of personality is usually killed by a Japanese kind of society, so instinctively I decided to leave Japan. I had no idea how to live and what to do. I just felt safe in myself, mentally.

How did you overcome the challenge and embrace your decision?

When I left home I arrived in Berlin, and did not have any focus to be a DJ by coming to Berlin – this was just an extension of my journey. When I arrived in Berlin the first night I went to a “Berlin-Tokyo” party. I met all my friends and I moved from flat to flat, playing a bit of music, cooking Japanese food, and sharing our lives. I left my home with very little money, so when I had a chance to play music, I had no other choice, I had to do it to live. Naturally people asked me to play more and more, then I became a resident of some small underground clubs in Berlin. I had no agency, I just continued to play music to survive. I have been playing all this time and I am still playing now!

What were some of the major differences you noticed between Berlin and Japan?

Japanese people are always harmonic, Germans are more individual. Japanese are indirect, Germans are direct. Those are differences.
The Japanese love and take care of details, Germans are technical and practical. A similarity.

Where are your favorite places to play now?

I am in love with Napoli. I like the energy of the city and people. It’s difficult to say which is my favorite place or venue because each venue has originality and charm.  I really like the moment when we all become one through music.

Who were some of the artists that influenced you?

The style and groove of Marco Carola.

The technicality and expression of Richie Hawtin.

The musicality and deliverance of Dubfire.

Can you tell us about how you crossed paths with Richie Hawtin? What was the experience like, and how has that encounter impacted you?

When Rich was looking for someone for his sake bar in Berlin a mutual friend introduced us. So that’s how we get to know each other. I knew he was a DJ, but we were talking about Sake and Japanese culture, not about music. I thought, “he is really into Japanese culture, he knows Japan more than me!”

When I was playing at the Hotel Adlon he visited me with some friends to drink sake. I was in my kimono, playing Tech House and Ambient., all types of music that night. I think he liked it! 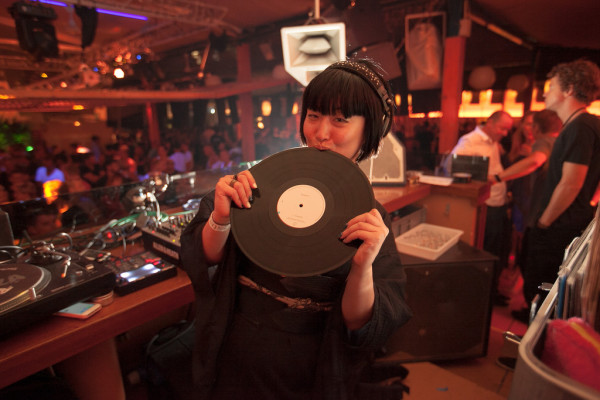 ENTER Sake has become a globally recognized event series. Why do you think it’s become so successful, and what are some of your fondest memories revolving around the concept?

ENTER.Sake is a collaboration of Sake, food and electronic music. It’s more organic than any other music event or party. Many different types of people get together, maybe having a new interest, meeting new people and expressing themselves. It’s a totally new experience for the guests, and even for us, because none of them have the same atmosphere. Each place has interesting times and always some surprise happening.

Do you still primarily play vinyl?

Do you have any records that you always carry with you?

If you don’t mind us asking, what’s your favorite “go-to” record at the moment?

Clif Jack – Around My Head

Your sound and range as an artist extends far beyond just ENTER. Can you share with us some of your goals for 2016?

Where do you get your Japanese culinary fix when traveling throughout Europe?

I like to eat local cuisine when traveling and I like to eat Japanese food in Japan! My top three restaurants in the world are Contadino Sotto de Sterne, a tiny authentic Italian in Berlin, Wakkoku in Kobe for the very best Kobe beef in Japan and Noma in Copenhagen.

And to conclude…what’s your favorite Japanese meal? 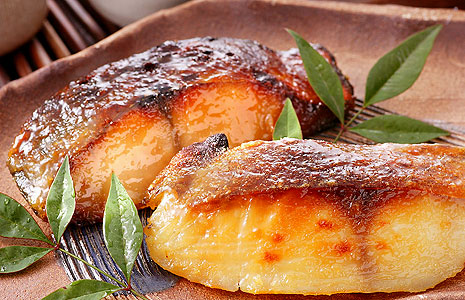