Helpful Tips to Getting Recognized as a Music Artist in the U.S. 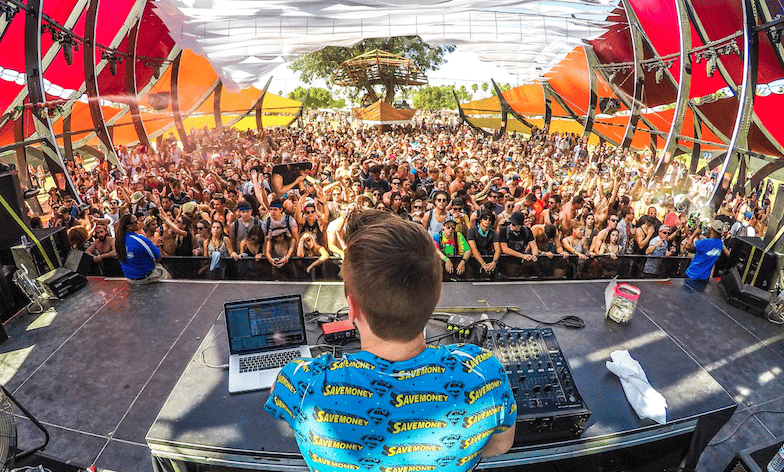 Helpful Tips to Getting Recognized as a Music Artist in the U.S.

It is every music artist’s dream to make it in the American music industry. Even big music artists from elsewhere in the world dream of building a fan base in the United States and being able to tour there. That should not come as a surprise since it remains the world’s biggest recorded-music market and, in the eyes of many, the focal entertainment country of the world. However, it’s also one of the most challenging countries for an overseas artist to crack.

This was the point of discussion at a panel in the recent Midem conference. Moderated by the Bloom Effect’s Fiona Bloom, the panel included Michele Amar, director of the US Office, Bureau Export; John Katovsich, VP of theatrical music at Lionsgate; Andreas Katsambas, recording executive at BMG; and Andrea Da Silva, global team leader, media and entertainment at the US Department of Commerce.

The panel provided some key takeaways that overseas artists should take note of:

It was noted that despite increasing globalization, American audiences still want lyrics in English and artists doing interviews in English. “A lot of American audiences want to literally understand what they are listening to,” De Silva said. “There is definitely a demand for English-language content.”

Unfortunately translation technology at the moment is not advanced enough to provide coherent and orderly translation. Thus, having a human team is essential for artists to be able to hurdle these challenges.  “Good production and English lyrics generally help,” were what Katsambas saw as the special ingredients to have a chance in the U.S.. However, he noted that certain genres have their own caveats. “Electronic artists can produce music they can license without lyrics,” he said.

That said, English was only deemed essential if acts want to be truly mainstream in the U.S. and that they can have very strong niche careers singing in their native tongues. As far as electronic music goes, this point is particularly applicable for artists and the way they communicate with their rising following, especially through interviews and social media. It is also an important point to bear in mind when beginning to tour in the United States, as fostering meaningful communication with promoters, talent buyers and venue staff is important in establishing relationships that can last for an entire career.

Fortunately for artists today, technology has made it possible for overseas artists to have a somewhat better chance of making in the U.S. music scene. Online streaming, social media, and YouTube are some of the technologies that have changed the rules of engagement for international acts.

The shift to a global release date has also helped international acts and is starting to unlock new opportunities for them. “People are realizing it’s a global phenomenon,” said Katsambas. “When you work a release, you have to do it on a global scale.”

Amar cited collaborations as key for opening the door for French acts in the U.S.. This was notable in the mainstream and EDM sector when David Guetta worked with the Black Eyed Peas and other hip-hop/R&B artists, as well as Daft Punk who has worked with Nile Rodgers, The Weeknd, Giorgio Moroder, Julian Casablancas of The Strokes and more. The same applies to house and techno, where emerging artists can collaborate with more experienced and known names to release tracks or remixes that can bring their name to the eyes and ears of countless more future fans.

“Try and find someone in the U.S. that can tap into that market,” suggested Katsambas. “You can be diverse and that is a good international angle to connect with different markets.”

Da Silva added that it is also important to understand how the American market works as this will inform how acts present and carry themselves. “Come prepared and make yourself look like you are integrating yourself into the community already,” she advised. “Business is taken very seriously in the U.S. – so be upbeat. Smile and say yes. This goes a long way in the US culture […] Be easy to work with.”

If you’re on your first U.S. tour visiting new venues, new cities and meeting new promoters it can be extremely off-putting for whoever booked you and invested in you to have to deal with an artist who comes off with the wrong attitude. Bear this in mind as it’s crucial in establishing relationships and securing future gigs.

Being Able to “Tell a Story”

Having a story or an angle is also important. While the music does most of the talking, being able to resonate with the American audience that listens to your style of music is key in connecting with fans. If you’re doing your first round of interviews go out of your way to make your story known, let fans in on your life or details that they can connect with.

International acts tend to have a story to share somewhere. Katsambas encourages acts and their managers to share whatever story they may have to parlay into new markets.

Social Media and Other Data

Amar added the importance of another story, that of social media presence. “I have noticed a lot of festivals analyze acts in terms of their likes and social media data. Before they invite acts to the U.S., they want to know they have a certain level of engagement with their fans,” he shares.

As such, data plays a huge role as it factors in to U.S. bookers when deciding what acts to work with. And all the numbers feed into each other and help push other parts of an act’s career. “Maximise whatever numbers you can,” Katovsich advised. “They are never going to hurt.”

Do not inflate your numbers with fake likes or followers. Rather work on your social media to create a network of true, avid fans that will come out to your debut shows in their city. Being present, active and interested in your following helps to create a dedicated fanbase, something that promoters will notice and bear in mind when deciding whether to book you.

Performing on US Soil

While expensive to attend (and involving lots of visa red tape), taking part in certain live events and festivals is still important. “I think SXSW is still a very vibrant and essential conference for any emerging artist,” said Katovsich, who argued they still get acts in front of the right people. “It is tough to break through the clutter in those places but I think it’s still key and a big opportunity.” The same can be said for Miami Music Week or Movement in Detroit, key events you should consider attending even if just to network and experience the U.S. techno and house music scene at its peak.

Admittedly, visas for music acts to perform in the US are much more complex to arrange. This must be factored into the planning of any tour. Katsambas suggested finding an immigration attorney who specializes in music. “A big part of your budget for touring in the US will go on the visas,” he said.

In addition, Da Silva advised acts to start planning a year ahead, especially if it will be the first time to tour the U.S.. “You will need time to educate yourself,” he pointed out.

Finally, acts need to play by the rules and should never try and trick the visa system as it will seriously damage their career prospects. There are no shortcuts.

“I have seen artists who think they can trick the system and come in as tourists,” warned Katsambas. “Don’t do that!”