Heavy Touring, Career Priorities and The Effects on Music Production 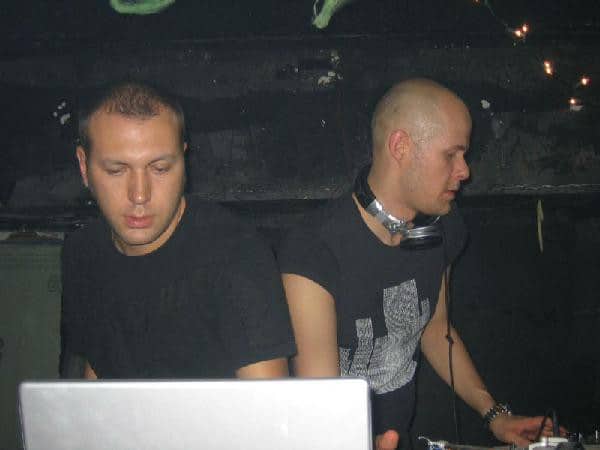 Heavy Touring, Career Priorities and The Effects on Music Production

Let me preface this article by saying that any artist that is able to tour heavily, playing two to three gigs a weekend, should recognize they have a lot to be grateful. Yet, it’s also true that a scheduled filled with heavy touring often has a negative correlation with music production and releases.

This article isn’t meant to portray such as a scenario as unfavorable or as a burden, but the opposite. Further, while I am not discounting the fact that these artists had to work hard to get to that level of touring, it must be recognized being able to play 2-3 traveling gigs every week is certainly a sign that your career is on a great trajectory, and it certainly puts you levels ahead of most electronic music producers and DJs.

With that said, there is also no denying that a two or three-gig weekend takes a lot out of any artist in terms of energy and sheer time out of the house (and studio!). An artist performing two weekend gigs outside of their home city oftentimes begins their travel on Friday morning and isn’t back until Sunday, but if the gigs are further apart or in another continent even, the time spent outside of the home can total up to 4 days for just 2 nights of shows. Then there is the recovery period at home once back, and we know how important that is for both the body and mind.

You also have to add the possibility that the artist has a family or at least a significant other. Lastly, imagine if that artist also owns a label, is part of a collective, or organizes events of their own, all activities which are in and of themselves essentially another business. I think you begin to get the picture, and that picture is of an extremely busy week, with little time left to get in the studio and work on music.

If you take a look at the discography of some of the biggest names in techno, house and tech house those who head big labels and massive label/branded parties you may start to notice a trend and that trend is the sheer lack of releases in the last 5-10 years.

Until this month, Adam Beyer hadn’t released any solo tracks in 5 years. Earlier this year, and right after the world went into lockdown due to the coronavirus, Carl Cox released his first solo track in years. When was the last time Marco Carola released a track? How about Solomun or Sven Väth? Richie Hawtin has released some music in the last 5 years but hardly at an output worthy of the earlier part of his career. I think you get what I am trying to illustrate here.

In a recent interview with Mixmag, Adam Beyer discussed this very topic, explaining that he “[hasn’t] had a studio for many years because [he] moved house several times, then relocated to Ibiza.” He goes on to state that, “Outside of this, heavy touring and managing family life has left me with little time to write.” The results are there for us to see in the lack of his music production and recent releases.

Naturally, and as you would expect, things changed for Beyer during the coronavirus lockdowns, and the result is his recent solo No Defeat No Retreat EP. When asked whether touring has an impact on his studio productivity, Beyer was brutally honest:

“Yes, I do. When you’re playing a three-gig weekend and travelling across multiple time zones, it’s physically and mentally draining and generally leaves very little headspace for the creative writing process.” – Adam Beyer

Carl Cox is another massive name in the world of electronic music. He tours all over the world, held some of the biggest and longest-running Ibiza residencies, is at the helm of other party brands throughout the world, some of which organize festival-size productions, and also runs several record labels.

In a 2016 interview Carl Cox discussed the topic of his own music production, and when asked if he had any future releases in the works he had this to say:

“Not at the moment. I’ve been working on other people’s records, with a few remixes here and there. It’s hard when you’re DJing as much as I am and out on the road as much as I am. The last thing you want to be doing is be in a studio. It’s important to have a balance between releasing my own music and getting some remixes done. It takes time doing these records. I don’t understand how a lot of artists can do their tracks on the plane. The records are a part of you, your soul and what you’re about. I don’t like the idea of knocking up a record.” – Carl Cox

Marco Carola, the Music On boss whose previous 6 LPs and several EPs on labels such as Drumcode, Minus, Plus 8 and Cocoon, catapulted him to become one of the most recognized names in the more “underground” circles of electronic music, has also acknowledged this phenomenon. In a 2016 feature piece with DJ Mag, Carola gave his opinion on the relationship between music production and DJing:

“That’s why so many people are making music now. To get bookings and to make money on the live show side of things. But when you’re known already, you don’t really need to do that — that’s the difference for me.

Today, with all this music out, to make the difference, you need a LOT of time in the studio, and unfortunately this is something I don’t have right now. Music On was a big challenge and very time consimung, but one day of course I will return.”  – Marco Carola

When will that day come though? Only Carola knows, and that’s if it even happens.

Regardless, Carola’s words serve as a reminder that once DJs have achieved a certain status in their career touring around the globe, organizing their own label parties and dedicating their time to other roles they hold in this industry their production output diminishes and in many cases crashes to zero altogether. 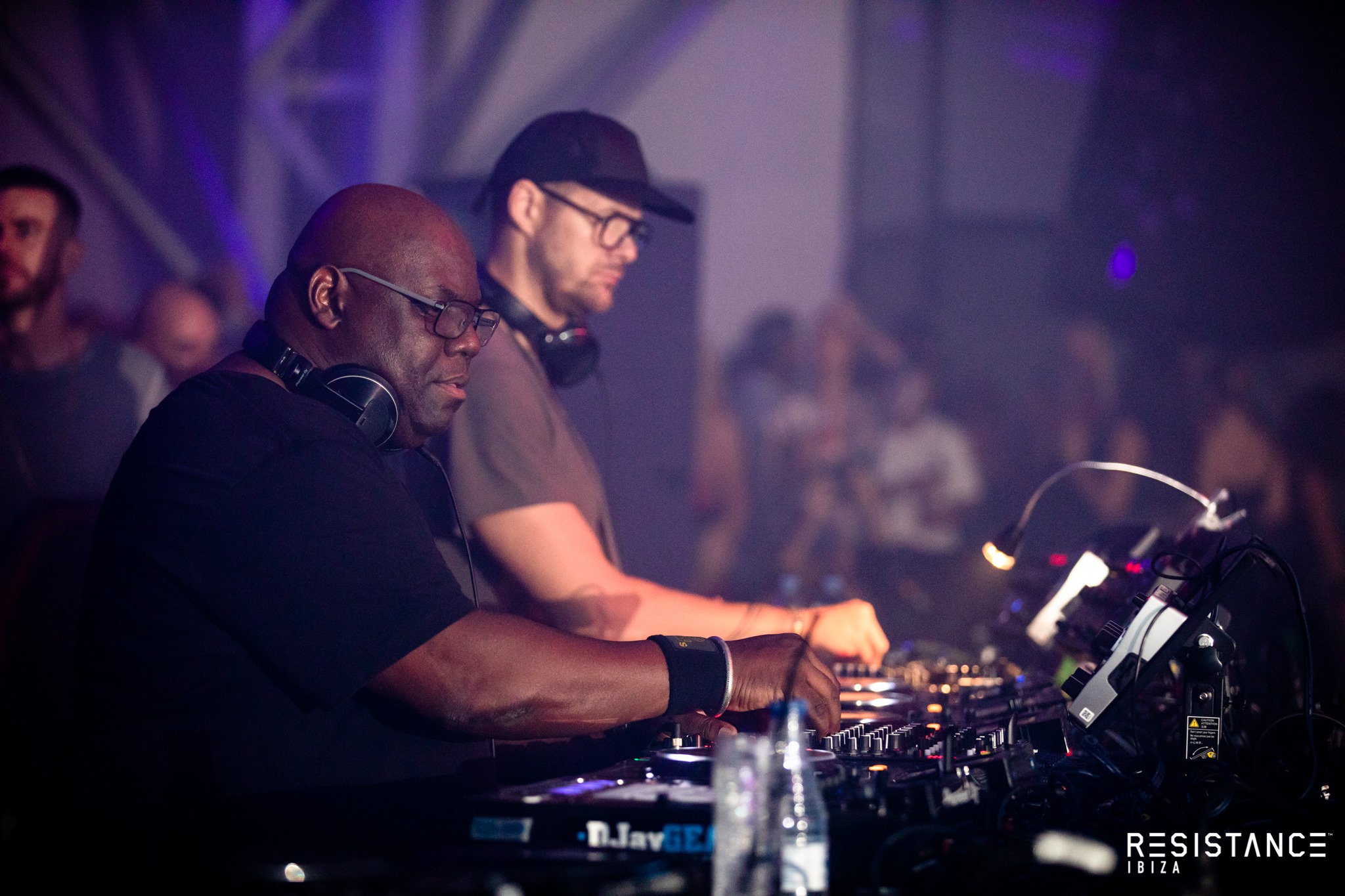 While it’s hard to blame them for prioritizing their time and focusing on what they feel is right, music fans who have fallen in love with the productions of their favorite artists can be left wondering where their love for producing music has suddenly disappeared to. Why is producing music no longer a priority worth skipping a gig or two for?

Is money the real culprit here? Is that the thing shifting the priorities for these artists? Or were they originally producing music in order to build a touring DJ career? Hard to say, especially given the words of Marco Carola above. Likely, the reason sits somewhere in between the two. Now that we live in the streaming era there is far more money to be made through touring and organizing large events than in releasing music, and one can argue that having achieved their status in the industry, artists like Hawtin, Cox, Carola and Solomun no longer need to spend crazy amount of time in the studio.

But what about the love of producing music, and hearing one’s own produced tracks on the dance floor? What happened to that?

We are the first to admit that artists don’t technically owe their fans anything, but in an industry where music should always be the focal point of everything, doesn’t it say something if the top artists touring the world are raking in the big bucks without focusing on music production for years on end?

Albeit thanks to the pandemic, it’s nice to see Adam Beyer finding time to be in the studio to work on the craft that propelled him to techno stardom: making music for people to dance to.

Due to the pandemic, touring has come to a screeching halt, much like the music production and releases of the aforementioned artists has for the grand part of the last decade. While we harbor no specific hope that other artists will follow in his footsteps, it would certainly be a nice surprise to hear a new Carola or Väth release at some point in the future, wouldn’t it?