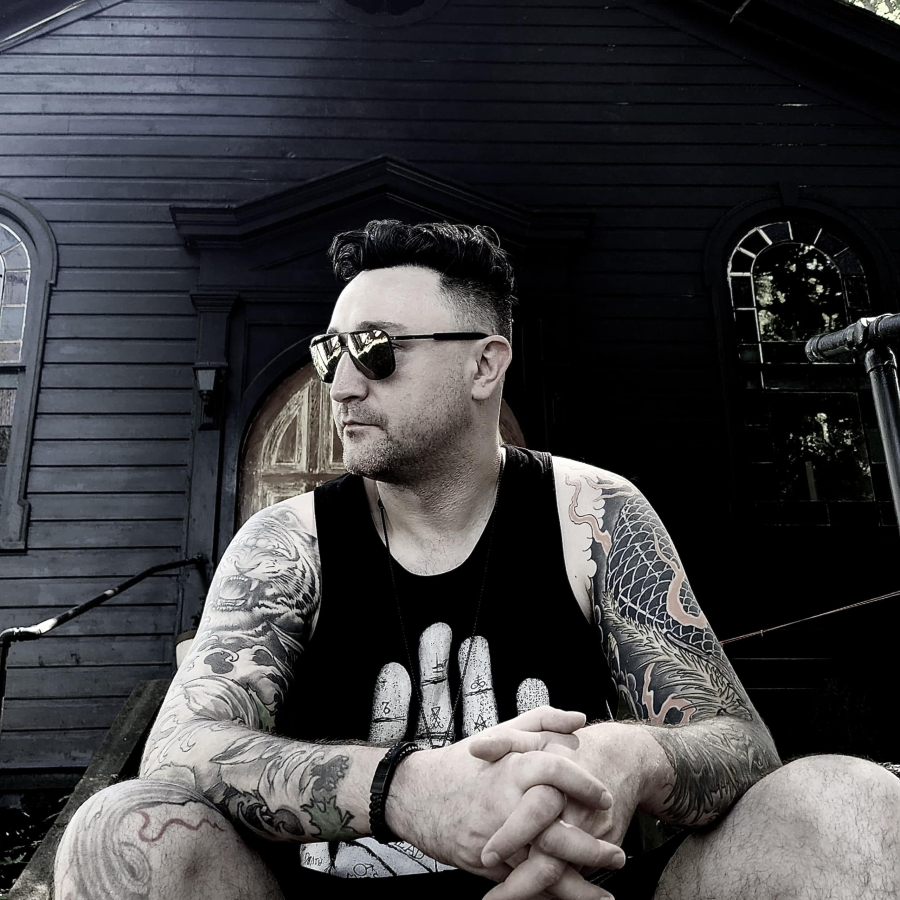 New York-based DJ, producer, and remixer Scanner Darkly is an artist who’s sound is defined by dark pulsating beats, hard hitting percussion, and uplifting melodies. Much like his alias, he found inspiration through his early musical influences of industrial/heavy metal, techno mixtapes, and from attending underground/illegal raves in the 90s on the east coast. His alias also found inspiration amongst his fellow “dark” artists, metaphysics, paganism, as well as esoteric philosophy.

Scanner Darkly’s uncompromising approach of creating “dark” electronic music has earned him the creative recgonition of releasing on indie imprints such as Techniche, Deep Tech, The Seed, and Toxic Recordings. As such, he is an arist that sets his sights on always pursuing progress, and giving his audience explosive and memorable experiences that will forever haunt their ears and mind on the dancefloor.

Now joinng 6AM, Scanner Darkly gives us an inside look of releasing on Techniche once again, now with his EP IMBOLC. He also dives into his mindset of what goes into a typical production workday/process, how and what inspires him to maintain his creative progress, memborable experiences within the the club/festival scene, and his upcoming gig in San Diego with the label Techniche. Scanner Darkly’s IMBOLC EP is now available for full purchase on Beatport.

Welcome to 6AM Scanner Darkly and thanks for joining us. We’re excited to get to know more about you and your career as a DJ, producer, and remixer. What does a typical production day look like as “Scanner Darkly”?

Thank you. I’m glad to be speaking with you. A typical production day varies, some days it’s shorter sessions where I just fine-tune instruments or work on the form of the track. On other days, I will spend all day in the studio. I always have an idea of what I want to do but when the creative process starts, it tends to take on a life of its own. I also like to throw my tracks in a DJ mix, it helps get a sense of what works and how it fits in a mix. So I often bounce back and forth between producing and mixing.

“I always have an idea of what I want to do but when the creative process starts, it tends to take on a life of its own. I often bounce back and forth between producing and mixing.”

When it comes to your current music productions, you’ve been influenced by industrial/heavy metal, techno mixtapes, and you attending underground events on the east coast in the late 90s. From all of these experiences you’ve had, when did you know that you wanted to create electronic music that was dark, grooving, and uplifting?

I always had it in my mind to create electronic music— it was just a matter of how to get to that point. I started as a DJ and that gave me a good understanding of it and helped me get a sense of the sound I was looking to make. Once I understood the fundamentals of producing, I started working on defining my sound and improving the quality of my tracks.

You define yourself as someone who is “always in the pursuit of progress”. Where do you look and go to find ways that will push you to continue moving forward musically?

The influence to push forward musically comes from my label mates and other producers. I always like to see someone progress creatively and it encourages me to do the same. Listening to each other, asking for feedback, and watching each other perform is a huge benefit in improving your sound.

“I always like to see someone progress creatively and it encourages me to do the same.”

Watching and listening to others can help you grow. 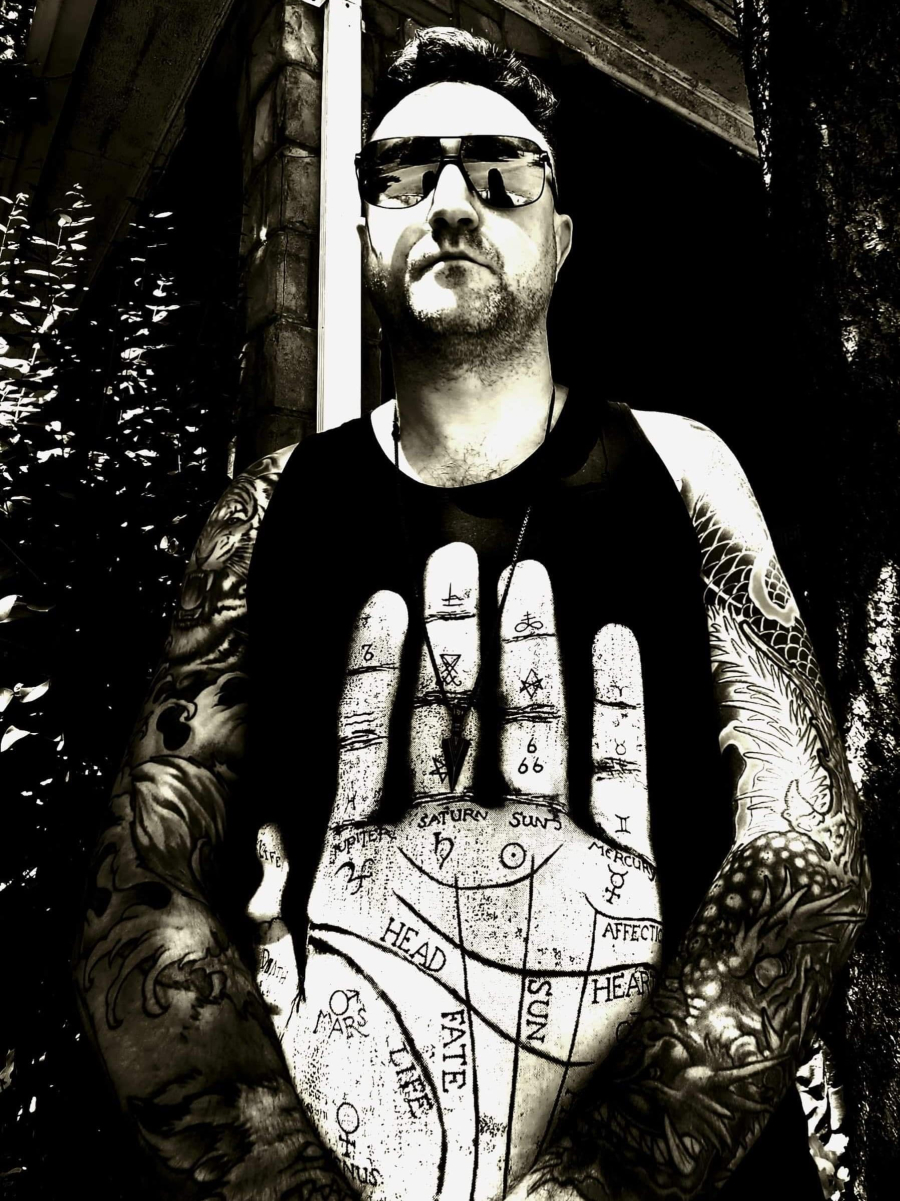 Read Next: The Days Are Long But The Years Are Short, You Will Make It Through

You love to stay active within the club and festival scene. Which festivals and clubs have been and continue to be the most memorable to you? As of late, are they any favorite clubs you like to frequent in New York?

I loved going to Output in Brooklyn. Aside from the shows being very inspiring, it’s also where I proposed to my fiancée Samantha, so it will always be a special place. One of my favorite outdoor festivals is Sun and Stone, it’s a summer party that’s held in a massive cave. Lately, I’ve really enjoyed the Mothership! Parties in the Hudson Valley — they built a solid following this year showcasing artists here in NY.

“I loved going to Output in Brooklyn. Aside from the shows being very inspiring, it’s also where I proposed to my fiancée Samantha, so it will always be a special place.”

The best places are the one’s we create the most unforgettably positive experiences at.

Speaking of staying active within the music industry, you’ve been busy creating your upcoming EP IMBOLC which will be released on the label Techniche on November 15, 2022. What was the inspiration and creative process behind this project?

IMBOLC marks the beginning of spring, and I was looking to capture the feeling of coming out of a cold and isolated winter and into spring where things tend to feel a bit brighter and people socialize more. The creative process actually started with a series of paintings of the same name that I was doing and then I began working on the EP, so I was jumping back and forth between the visual and audio work at that time.

“I was looking to capture the feeling of coming out of a cold and isolated winter and into spring where things tend to feel a bit brighter and people socialize more. The creative process actually started with a series of paintings.”

Scanner Darkly found inspo through works of paintings, and the elements of winter and spring.

What do you hope listeners will feel from your EP?

Quite simply, I hope they will enjoy it and dance to it — ultimately that is the goal. I always keep in mind how a song will sound on the dance floor. If people feel happy and want to move, then that is a success.

In the future, what else can we expect from you and your music?

I’m very excited about what is on the horizon. I have a new EP in the works and will have that wrapped up soon. Also, I will be traveling to San Diego for a Techniche showcase alongside label mate Josh Taylor, so I’m really looking forward to that. I’ve had it in mind to develop a label to work with other artists on events and releasing music — so I may look to get that rolling next year.