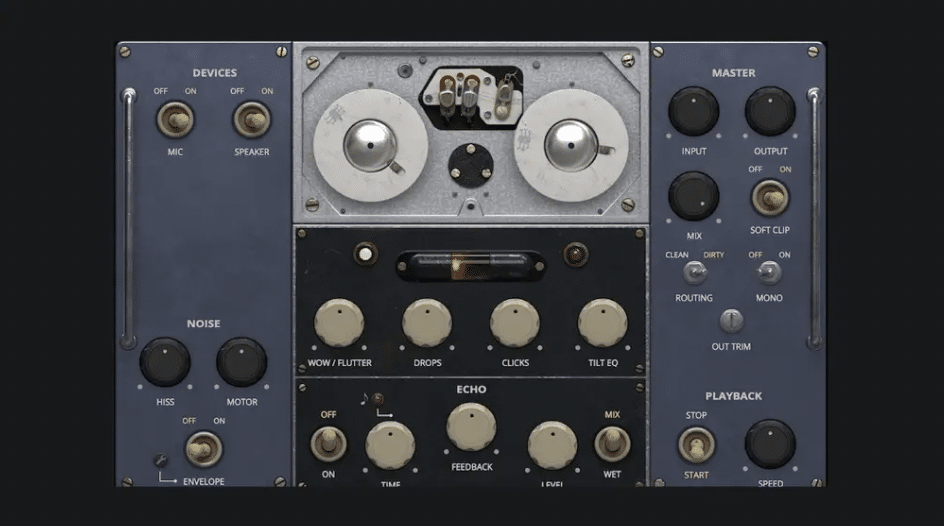 German composer and experimental artist Hainbach has released a version of his Wires FX processor for iOS.

Wires recreates the sound of a piece of Soviet military hardware called an MN 61 Wire Recorder. The MN 61 was used by the Soviet secret service as a miniature recording device in the 1960s and ’70s. It records audio onto a thin piece of wire, producing very lo-fi recordings with a metallic, ghostly timbre.

Two years ago, Hainbach teamed up with the software company AudioThing to create Wires—a virtual emulation of the MN 61. Originally available only as a plugin for desktop sequencers such as Ableton, Logic and Pro Tools, it’s now available as a mobile app, priced at £10.99.

Wires functions like a tape delay, creating a highly saturated echo of any audio fed into it. Due to the massive constraints of wire as a recording medium, the echoes it produces are distorted, aged and loaded with atmospheric space. Unlike original MN 61 recorders, Wires also allows you to change delay times and feedback levels, and modulate the distortion it creates.

Wire recorders were used to capture audio before the invention of magnetic tape. They produced low-quality results but, as the wire used is very thin, they were able to store many hours of audio on a single reel. By the ’60s they were rarely used except for clandestine recording or in primitive cockpit black boxes. The term “wearing a wire”—meaning to wear a hidden recording device—refers to this type of wire recorder.