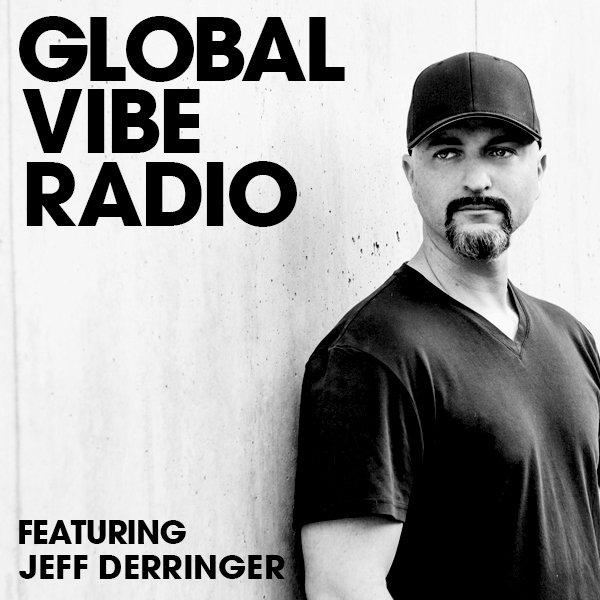 Next week Chicago’s Oktave is celebrating 7 years at the forefront of the ever-changing landscape of techno. In an industry that sees clubs open and shut down in the span of a few short years, only a few venues and parties stand the test of time to remain open past the 5 year mark and beyond. The fact that Oktave has done so in a city with heavy focus on house music is but a testament to how well it has been curated over the years.

Oktave originally began in New York City, the child of producer, DJ and event organizer Jeff Derringer. After a year in the Big Apple Jeff moved the party to Chicago, ultimately finding his home at the iconic Smartbar.

Since then, Oktave has been featuring top-tier names in the world of techno, including DVS1, drumcell, Truncate, Perc, Regis, Function, Sigha, Chris Liebing, Slam and many, many more. As a DJ Jeff has allowed his music to speak for him, receiving invitations to play in the Netherlands, England, Georgia, Canada, France, at Movement Detroit, throughout the United States and perhaps most notably at the one and only Berghain in Berlin. 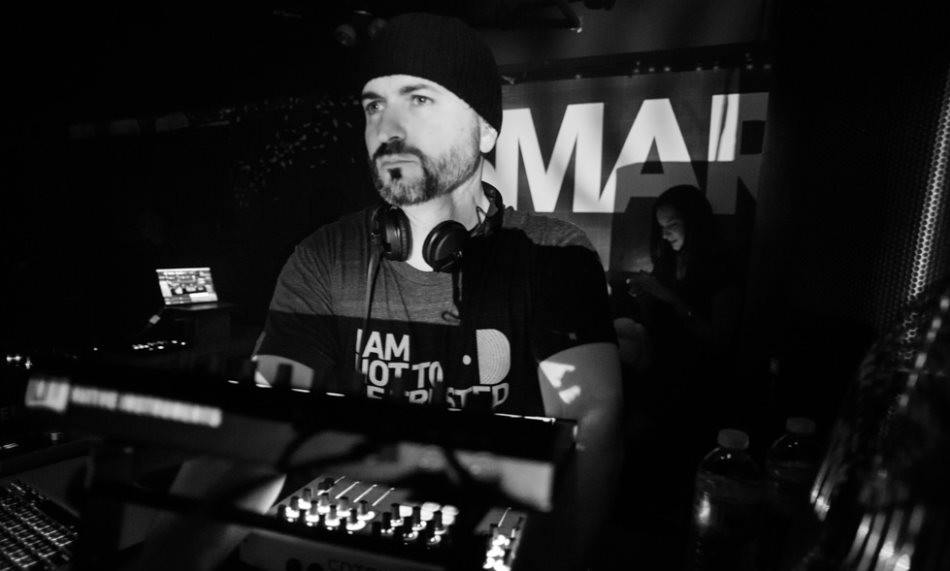 In fact, just a couple of weeks ago I was lucky enough to witness him play a peak time Sunday morning set at the infamous German club — one of the most unbelievable techno experiences of my life.

Jeff was kind enough to provide us with a one hour exclusive mix for Global Vibe Radio, following which we caught up to discuss Oktave’s milestone 7 Year Anniversary Party and his plans for the coming future.

Q: Seeing you play in Berghain a couple of weeks ago was something else. The energy, the crowd and the music altogether were unreal. Tell us a little about how it feels to be behind the decks there.

A: Thanks for the kind words! I’m glad you could be there and experience it with me. Playing at Berghain is a privilege and a huge thrill. It’s like nothing I’ve ever experienced before. Every time I play there it gets better. I’d say that this last time around was one of the best experiences I’ve ever had behind the DJ booth, period. The audience at Berghain is so educated and they’re willing to go on a ride with you, wherever you want to take them – in fact, that’s the reason they come. You really are free to do what you want, and the staff and techs there are top rate. The Ostgut staff are the most professional and pleasant people I’ve ever worked with in the music industry – they work really hard to make you feel comfortable and welcome in the club and in Berlin. Everything people say is true – as an artist working in techno, there is nothing else like it.

Q: Would you say you play differently there than elsewhere?

A: I’m not sure I’d say I play differently, but definitely more adventurous. Believe it or not, I’m less worried about mistakes at Berghain. The audience there is tolerant and, as I said, educated about techno. I feel free to take risks there, and play tracks I wouldn’t necessarily play elsewhere. The Berghain audience is ready for challenges, and they appreciate it. They don’t really want to hear the set you play at other clubs. They want your Berghain set.

Q: Next week you are celebrating 7 years of Oktave. What does this milestone mean for you as both a party-curator and DJ?

I definitely did not think Oktave would go for 7 years, that’s for sure. When I started it in New York, I had been playing gigs and working in the music business already for a long time, but not in the techno milieu. As far as techno and DJ events went, I really knew very little. So to see that it’s come as far as it has is pretty surreal.

Oktave is the place where I developed as a DJ and as a techno artist. No question, without it I wouldn’t be doing what I’m doing now. It has also allowed me to meet so many great artists I admire. Many of the opportunities I’ve had are a result of the relationships I made and nurtured through this project. It really did put me on the map.

I’ve been very fortunate to work with a lot of great people and clubs through the last 7 years. From National Underground in New York to Smartbar in Chicago and everywhere in between, I’ve been lucky to have the support of clubs and bookers who might not have taken a chance on me in other circumstances. I do not take that for granted.

Q: Can you tell us about your favorite Oktave night in these 7 years?

A: There have been a lot of awesome nights at Oktave, and it’s special when an emerging artist who wasn’t very well known in Chicago (or New York) has a great night and a great reception. It’s especially gratifying when I wasn’t expecting it. Several artists in this respect come to mind: Dasha Rush, Rrose, Paula Temple, Samuli Kemppi and Sigha come to mind here.

That said, the one show that really sticks out to me was something I did in New York back in 2011 – both Cio D’or and Traversable Wormhole played in our tiny little basement dungeon in New York, National Underground. Soon after this show they renovated the club and made it more DJ friendly, but at this show it was still a relative dump. We were using a discarded closet door as a DJ table, held up by cinder blocks. There was no air conditioning and bad ventilation, no lights – it was really, really raw. I liked that to a certain degree but I underestimated how popular the night had become, and how eager people were to see Cio and Adam. The place was ram packed to the point where it felt dangerous, and sweat was pouring from the walls. We had about 150 people crammed down there (capacity was under 100) and no one could move. I had to stand in front of the DJ booth for the entirety of Cio D’or’s set, because people kept bumping into the rickety booth and knocking her control vinyl. I was worried the whole rig would just collapse. It was nuts! But it was super intense, and the crowd was absolutely rocking. Adding to this memory is the fact that Resident Advisor happened to show up and review the event. They gave us a very positive write up, and I think that helped Oktave get to the next level. 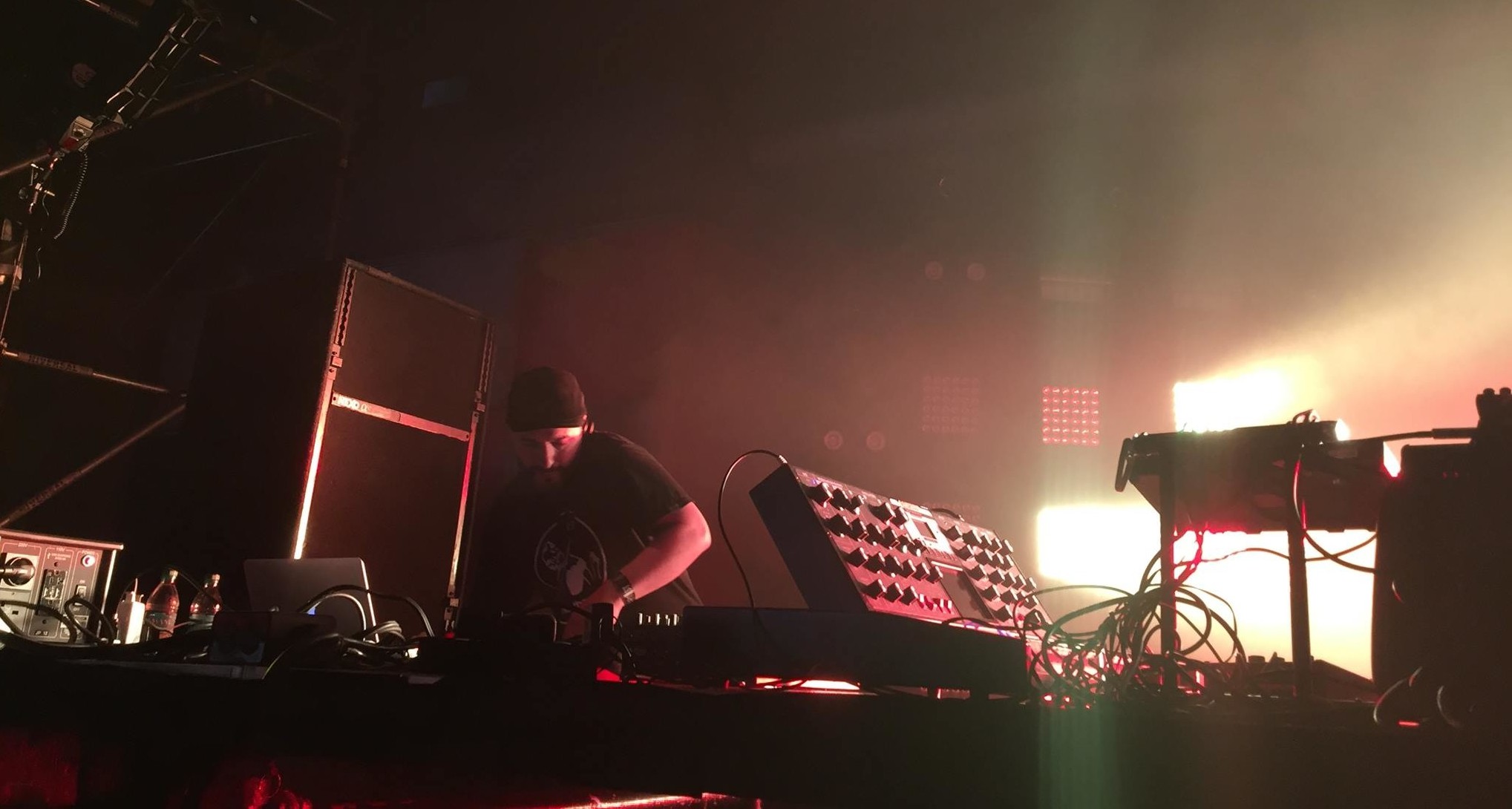 Q: You’ve decided to play all night long this time which I think is amazing. What was the reasoning behind this choice and what can the Smart Bar crowd expect?

A: Jason (the Smartbar talent buyer) approached me with the idea as we were trying to decide who to book for the show. Obviously, I jumped at the chance. I played for 6.5 hours in Montreal earlier this summer, so I’ve done something similar recently, and I’m ready to lay it down all night, for sure.

One of the reasons I really wanted to do this is that Chicago audiences generally only see me in an opening capacity. As the Oktave resident, I almost always open the show, and I play mellower tracks to set up the headliner. When I play in other cities or overseas, I play headlining sets, utilizing different types of tracks that deliver a higher energy than what I normally play in Chicago. I’m excited for the Chicago community to finally see and hear what I do in that light.

Q: Perhaps understandably Chicago is big on house music and, some would agree, lacks a little on the techno front. Why do you think that is?

A: So this is a very loaded question that could probably get me in trouble. I have a great respect for the history of Chicago’s house and techno scenes, and in the city responsible for the birth of house music, it’s definitely understandable that techno can take a back seat to the house community.

I continue, however, to be surprised at the relative lack of tolerance for new, diverse and modern sounds in Chicago. For a city that has such rich musical roots and history, it has always mystified me that the Chicago underground community is so infatuated by and tied to its past. At Smartbar, the majority of artists who sell out the club have been playing there for over 20 years. I’ve seen excellent, cutting edge, internationally successful DJs who are hugely popular all over the world tank at Smartbar. And I mean tank – 30, 40, 50 people in the room. This has not really improved through the years that I’ve been doing Oktave here. Excellent artists are oftentimes ignored in Chicago because there just isn’t the interest or the curiosity about new sounds. It’s a shame. There was a time where I thought I could change that. That time has passed. 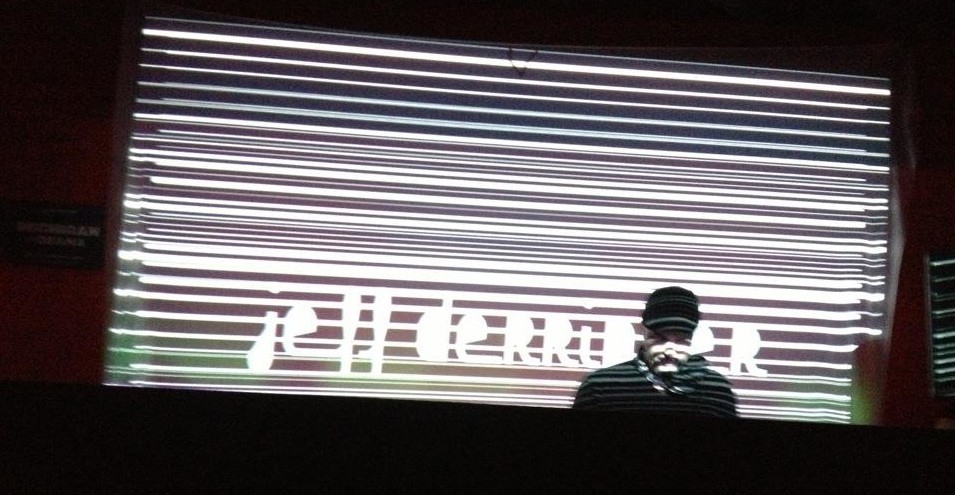 Q: What is your vision with Oktave in the coming years?

A: As my profile as an artist and a DJ continues to improve, Oktave sometimes has to take a back seat to my own needs and schedule. A lot of artists ask me why I continue to do it – I hear a lot of people say I should stop focusing on promoting other artists and work harder on promoting myself. I definitely feel that and I have moved to do less Oktave shows and focus more on my records, gigs etc.

I do plan, however, to continue doing Oktave events and to bring the type of techno I love to Chicago. My personal belief is that someone in my position has a civic responsibility to bring new music to the people in the city where I live. Despite the frustration and the limitations of living here, I still want Oktave to be at least a small part of the fabric of this community.

Q: One last question, is there an act you’ve always wanted to see play Oktave that you just haven’t been able to secure yet? Maybe we can let him know through here.

A: One good thing about having done this for 7 years, I can pretty much get to any artist, especially with Smartbar in the mix. Between the names ‘Smartbar’ and ‘Oktave,’ most techno DJs will at least answer my emails. Regardless, there are always artists who seem to slip through your fingers, or schedules just never work out, or there’s not enough money, or there are political slash immigration reasons they can’t come, that kind of thing. That list is currently headlined by: Surgeon, Shifted, James Ruskin, Blawan, and Voices From the Lake.