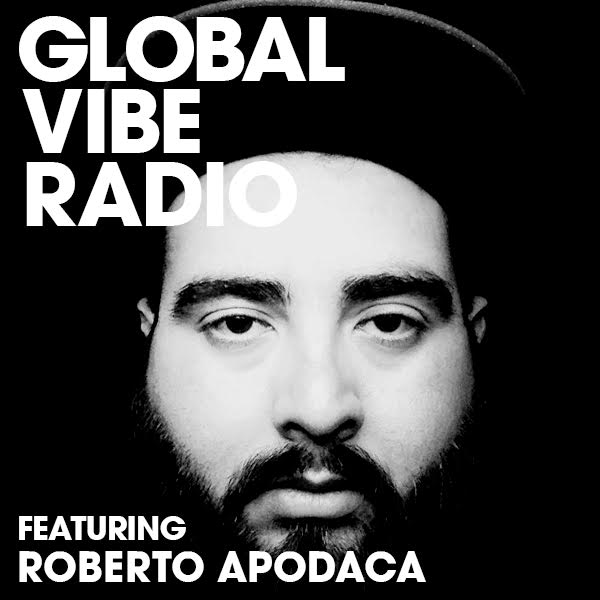 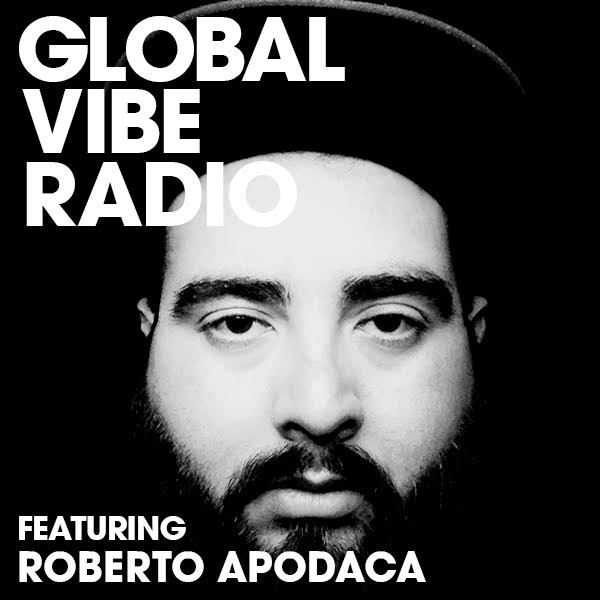 At the tender age of 21, Roberto Apodaca from El Paso, Texas started Draft Records. That was four years ago, and since then Draft Records has become a prominent record label honing in on the underground sounds of minimal and tech house. With Apodaca at the helm, Draft Records has released EP’s from rising minimal artists such as David Gtronic, Emiliano Ferreyra, Neverdogs, Martinez, and countless others, while acting as a major influence for the underground scene in El Paso.

Starting a record label is one thing, but maintaining the brand and musical vision takes things to a new level. Roberto Apodaca has stayed locked in on his vision for underground dance music, and continues to strive for excellence both in his music and record label.

Roberto has put together a recent mix for our Global Vibe Radio Series, and has taken the time to answer some questions regarding the music scene in Texas, his vision with Draft Records, and tells us about his first time going to Space to see Loco Dice.

Enjoy the mix and Q&A, and make sure to stay up to date with Roberto and Draft Records.

How has 2015 been for you so far? Can you give all of us an update on what’s been cooking in the lab as a DJ, Producer, and Draft Label Head?

Hello! First and foremost I would like to thank you for having me for this feature. This means a lot to me and I appreciate it!

As for 2015 it has been one hell of a rollercoaster I must say. In February I was diagnosed with Type II Diabetes. This was a total shocker to me but I knew I would get it eventually since it runs in my family. So my lifestyle has totally changed since then. I have lost about 35 pounds and am eating healthier and keeping my body busy. No more coca-cola for me.

DJ-ing for me this year though has been a little slow but non-the less still good. I finally made my debut at Treehouse in Miami, and have a gig in San Antonio, Texas for the Unscene Label Showcase. Really excited for the San Antonio gig!

I have been following Token Sessions since it started. Enrique Cortazor, who is the label owner of Unscene Records and also in charge of Token Sessions, has been doing a great job over the years. Production wise me and Guti Legatto have 3 remixes coming out this year; one with Unscene, another with Listen:react, a label also from El Paso, Texas, and the last one from Mind Blown Records based out of Brooklyn NY. 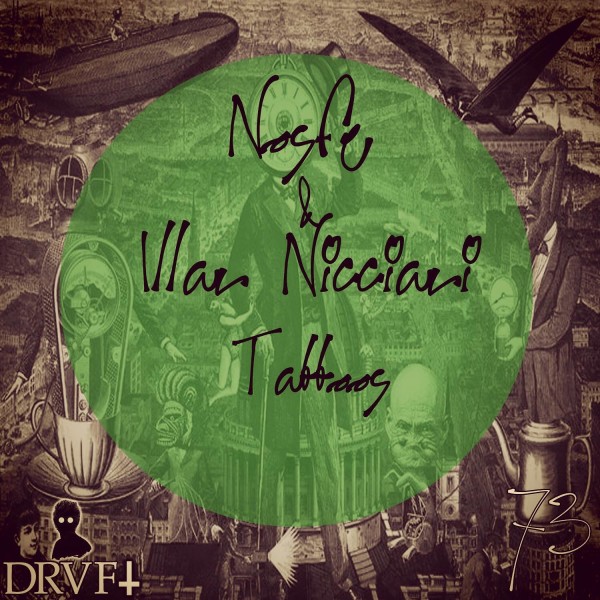 Draft releases are looking good as well. We just released an EP from Nosfe & Illan Nicciani with remixes by Martin Aquino from SF (One Records) and Martinez (Martinez/Moon Harbour/ Concealed). Future releases are from Micha Klang with remix by Luca Doobie, Manna From Sky, Habit To Others, Evren Ulusoy (the Superliner) and Drafts first album release from Dan Noel. 2015 is looking really good!!!

How does the scene in El Paso compare to other major cities in Texas such as Dallas, Austin, and San Antonio? The state is so big and spread we assume that each city probably has some unique distinctions across the board. What can you tell us about these comparisons? And what are some of your favorite clubs to party or DJ in the great state of Texas?

Growing up in El Paso and seeing the scene evolve has been a great experience and it is still evolving for the better all the time. To me El Paso is the number one city for electronic music. Sun City Music Festival is happening for the 5th time this year in September, and it just keeps getting better and better. The line up ranges from EDM to underground and that’s ok, it’s better to give everyone a taste of everything instead of just focusing on one style of music. Austin is amazing. I love it. Every time I play there I never want to leave. The food and the music are great. Austin is finally going in the right direction as far as booking underground DJs, but my love for Austin is the diversity of music that is everywhere in the city. If you have never been to Austin I highly recommend you go because when you do you will see why Austin is the live music capital of the world. 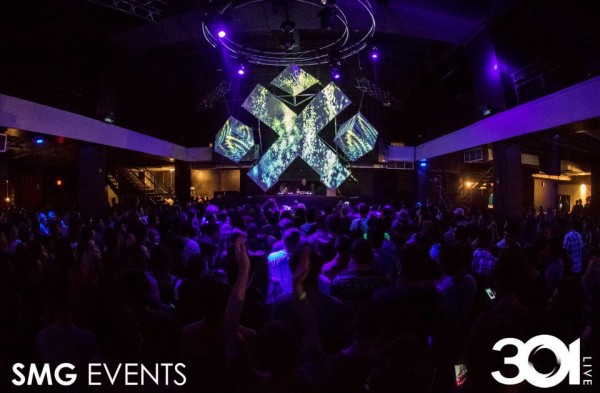 San Antonio, Dallas, and Houston are doing great as well, and get better and better each year booking great talent. El Paso is definitely the hot spot if you want to experience big parties with thousands of people particularly at Sun City Music Festival, and also Neon Desert Music Festival, which has more of an indie rock and hip hop line up.

My favorite spot to play in El Paso is of course 301. In December of 2014 when I was visiting family for the holidays I was given the opportunity to open for Richie Hawtin. By far my best gig to date! Even though I was an opener I had the time of my life playing in front of almost 1,000 people.

In Austin there are two venues that I have enjoyed playing; the first is Plush. The venue maybe holds about 80 people, but you get those 80 people in there and wow what energy you get from the crowd! It may be small, but it can pack a punch especially with that nice sound system they got in there. The other venue would have to be Lanai Rooftop Lounge. The view is really nice with a retractable ceiling for the summer, and when you are walking by the venue from the street you can just hear the music going.

Your label Draft has seen some of the best Minimal/Techno tracks released by a great pool of talent. Has this always been the style and sound you wanted to showcase when you decided to launch your label? And is the sound a good representation of the overall vibe and style of underground electronic music in El Paso?

The style of the label has definitely changed over the years. If you go back to the first releases it’s more deep house and tech house. Those were the styles that I was playing a lot and that’s what I wanted to release and it worked out great.

When I started Draft I was expecting people from my city to send me demos to help them get on Beatport. That is the main reason why I started the label in the first place; to be that connection to help producers from El Paso out, but nothing came in. I was getting more demos from all over the country. I was very surprised and in shock of the support I was getting and from where I was getting it from. I would say that the sound now is great representation of the label, but it’s always changing and I would like to release different types of music…maybe some electronica. You know it’s good to do something different every now and then to spice things up a bit. The sound of El Paso is also changing as well. Different types of artist are getting booked every weekend so it’s nice to see diversity in music.

Thanks for submitting the guest mix for our monthly Global Vibe Radio Podcast, really enjoying the grooves here. Can you tell us a little bit about the music you selected and the vibe you wanted to create for this mix?

You’re very welcome. There is nothing I like more than making a mix. There are a number of ways you can do mixes, and there is no limit. For this one I wanted it to be a special one and go more for a housey vibe instead of the deep tech minimal vibe everyone is playing. Very happy you have enjoyed the mix. It seems like music is going back to its roots, back to house music where it all started! Those crazy hat percussions and snares is what it’s all about now.

You must come across a lot of talents running a label such as Draft; who would you say are some up & comers packing a lot of heat right now that some of us should start paying attention to? And are there any coming out from your hometown of El Paso?

Yes very much indeed I do come across a lot of talent. Labels are being made left and right it’s been hard to keep up with now. Up and comers I would have to say are Habit to Others who are a female duo that are releasing on Draft LTD in August.

Le Disxco from El Paso has also released with me on Draft. We also have an alias that goes by the name of Pleasure Victim. Me and Le Disxco go way back, I have known her for about seven years now. She has amazing talent. Definitely keep your eye out for her. Freak The Disco & Prince L who just released on Draft are from Miami. Raul Facio from El Paso, who I believe just signed to Sci+tec. Cj Tari who runs Listen:React is also based out of El Paso. JJ Nunez who has released on Draft LTD. There are just too many to name at the moment the list can go on and on.

What are some of the rewarding aspects of operating Draft and some of the challenges that goes along with it now that the label just recently celebrated the 4th anniversary? What drives you to keep pushing forward, and has it been everything you expected before you took on this journey?

Probably the most rewarding aspect about Draft is getting to meet and talk to so many great artists out there and share similarities and hear their talent. There are many challenges in running a label. Some of the challenges are deciding who to sign, what tracks to sign from them, deciding a release date, and finding the remixer if the original artist wants a remixer. 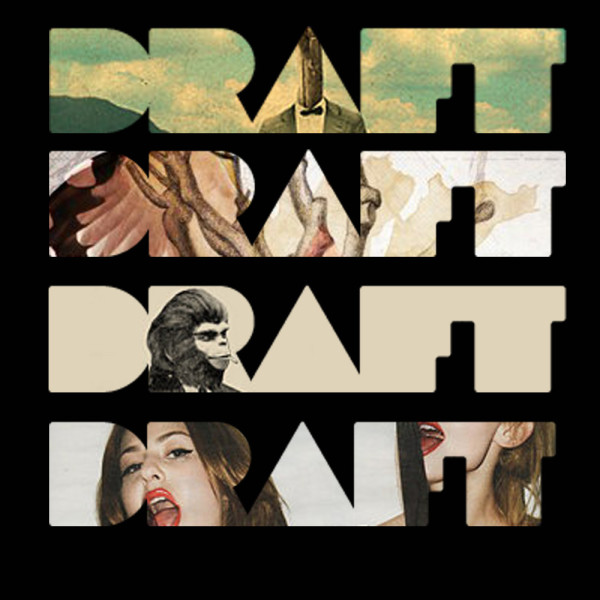 I also design the covers, check emails, run Soundcloud accounts, Facebook pages, Instagram. It’s not easy. Only thing I don’t do is master the tracks. That’s where my engineer, Guti Legatto, comes in! He is really great at what he does. Keeping up with what the audience is demanding or what is “hip” in the music scene is a major factor and a challenging one as well. You have to constantly look at charts and videos to see what the underground heads are playing because they control the music scene.

What drives me to keep doing this? I just love it. It wasn’t easy getting to where I am today, and there are still obstacles to overcome day by day. I had no expectation of the label lasting this long. There are a lot of labels that just stopped, DJs and artists as well. I don’t think it’s a bad thing at all, life just has a way with us sometimes where we need to change direction.

With your fair share of outings in the scene, what’s the craziest or most random thing you’ve seen or witnessed at 6AM in the morning?

Before I came to Florida I rarely stayed up until 6AM since everything ends at 2 in El Paso, and after parties were hardly ever found. Craziest thing I have experienced would have to be my first time at Space for Loco Dice. Getting there at 6AM and not leaving until 8pm. I had never done anything like that before so for me it was a shocker to think that clubs can go on for that long.