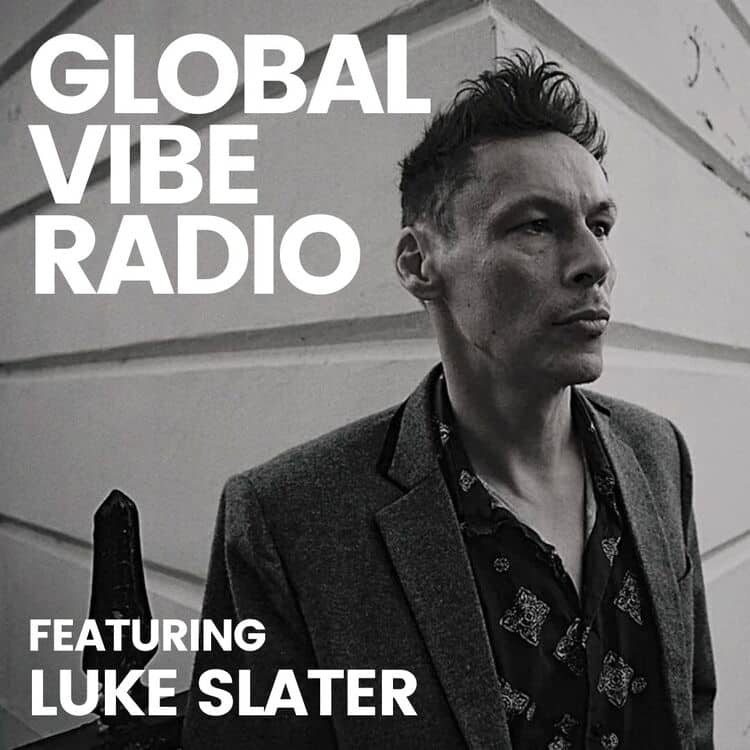 This week’s Global Vibe Radio mix and the milestone 300th episode of our series features Luke Slater, the chameleonic DJ, and producer who has shifted through the variants of techno music for over 25 years. As much as he has released music under his own name, he is no stranger to the concept of aliases; he is best known for his aliases such as Planetary Assault Systems, The 7th Plain, L.B. Dub Corp, Morganistic, and Mote-Evolver.

As an ever-changing artist that has always been at the forefront of innovation, Luke’s productions have always been rich and full of blended, chopped, and contemporary workings — styles of Detroit techno that have influenced his career. Due to his influence of Detroit techno and his introduction of its styles to the United Kingdom,  Luke’s unique sounds has been a household name that has been honed across the globe several times over; thus leading to his residencies at Berghain as well appearing at every major club and festival imaginable.

From a music standpoint, Luke has released a bevy of projects under his aliases L.B. Dub Corp and Planetary Assault Systems for the labels Ostgut Ton, Stroboscopic Artefacts, as well as his own imprint, Mote-Evolver  Artistically, Luke has the magic touch to channel new energies when it comes to his projects.

In the latest eon of his career, he has channeled energies into old and new projects such as the live performing project LSD (a collaboration between Dave Sumner [Function], Steve Bicknell, and himself), as well collaborations with Egopoint, a choreography of Staatsballett Berlin’s first solo dancer that was compositionally accompanied by Luke’s alias, The 7th Plain.

All of these experiences have pushed Luke beyond the veil of conventional and into the world of experimentation. His craftsmanship stands as his testament that the unquestionable creative forces can power the mind, body, and soul. For Luke, there is no time to rest, but instead to unravel the contemporary and enigmatic components of his craft, and creating it into his own legacy, as well into the legacy of contemporary electronic music.