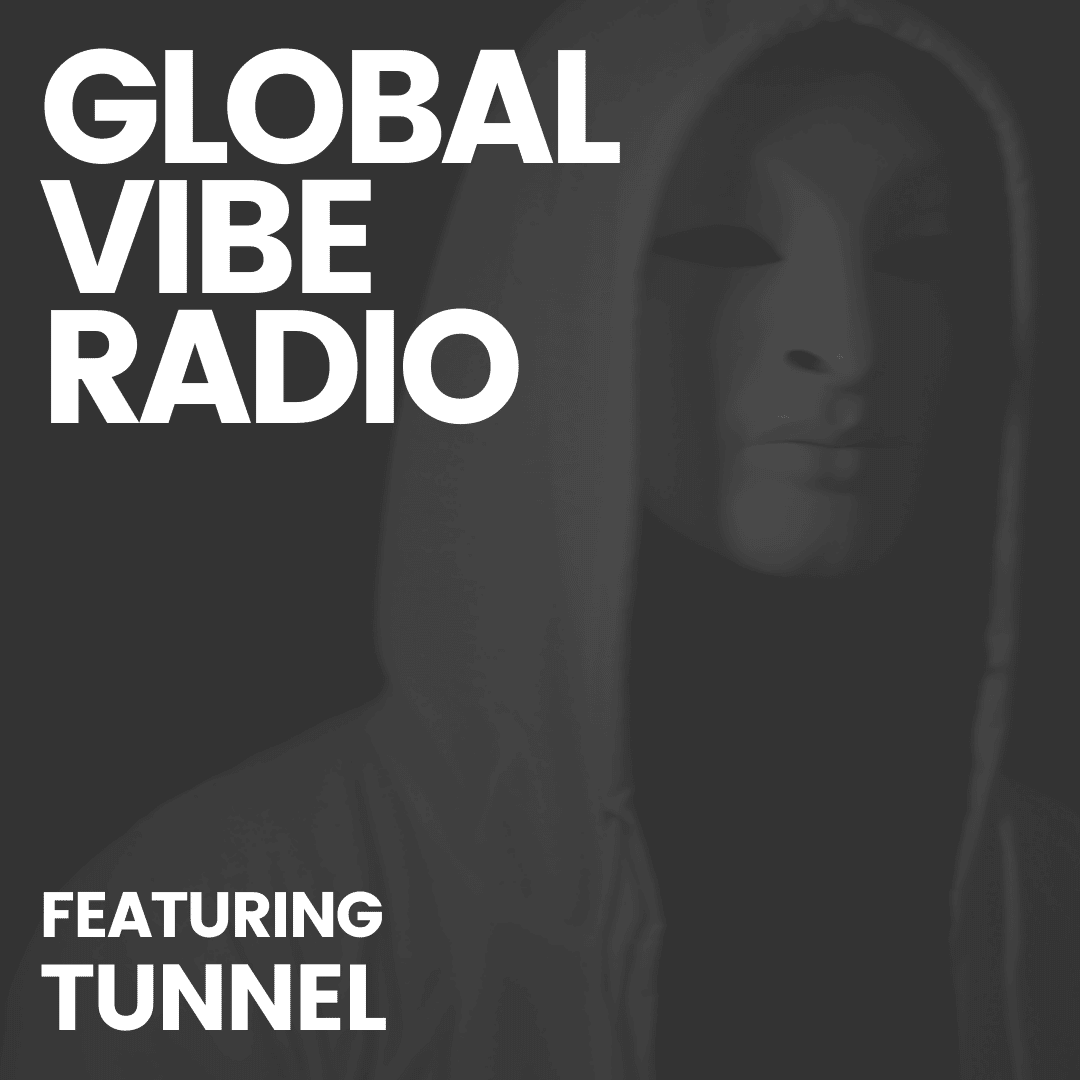 This week’s featured Global Vibe Radio mix artist is Tunnel, an anonymous DJ and producer that embodies his mysterious motto of, “Through the darkness, towards the light within.”  The mix is a live recording from Tunnel’s performance at Overlook NYE/NYD in Minneapolis.

Since 2013 the Chicago-born Tunnel (Ryan Miller) has released over 80 releases for record labels devoted to gritty, industrial-laden, innovative techno and experimental music – labels such as Gegen Records, House of Reptile, Etichetta Nera, and his own imprint, Webuildmachines.

Throughout the past 8 years, Tunnel has performed across the US, Europe, and Asia, earning a reputation as a shaman of cutting-edge techno. Performing a kinetic blend of breaks, hard techno, cinematic sound design, and rhythmic noise, his performances balance dance-floor focused function with raw emotion and distortion-drenched intensity. A Tunnel LIVE performance combines hardware tools, Eurorack sound design, and rhythmic complexity to create an experience that inspires communal ritual and personal séance.

If you’ve been an avid collector of innovative techno over recent years, you’ll most likely know the label, Webuildmachines. The label celebrated its 50th release in 2021, featuring Headless Horseman, Tunnel, Axkan, SKD, SRAMAANA, and more.

This performance was performed live in one take using an Octatrack, Digitone, and Digitakt. It is comprised of mostly original material, but also several remixes of artists that have been inspiring and influential of late: Jlin, Andy Stott, Kiesza, The Immortals, Casual Violence, Verset Zero, Noform, and artists from the Webuildmachines label, Comarobot, and Rei-Sen.

Paying particularly close attention to rhythmic interplay and evolution, combined with an effortless balance between sonic assault and moments of beauty, this live performance marks a creative and artistic evolution for the artist. Elements of techno, dub, breaks, and disco are fused together into a seamless journey that goes beyond a typical DJ set into something truly other.