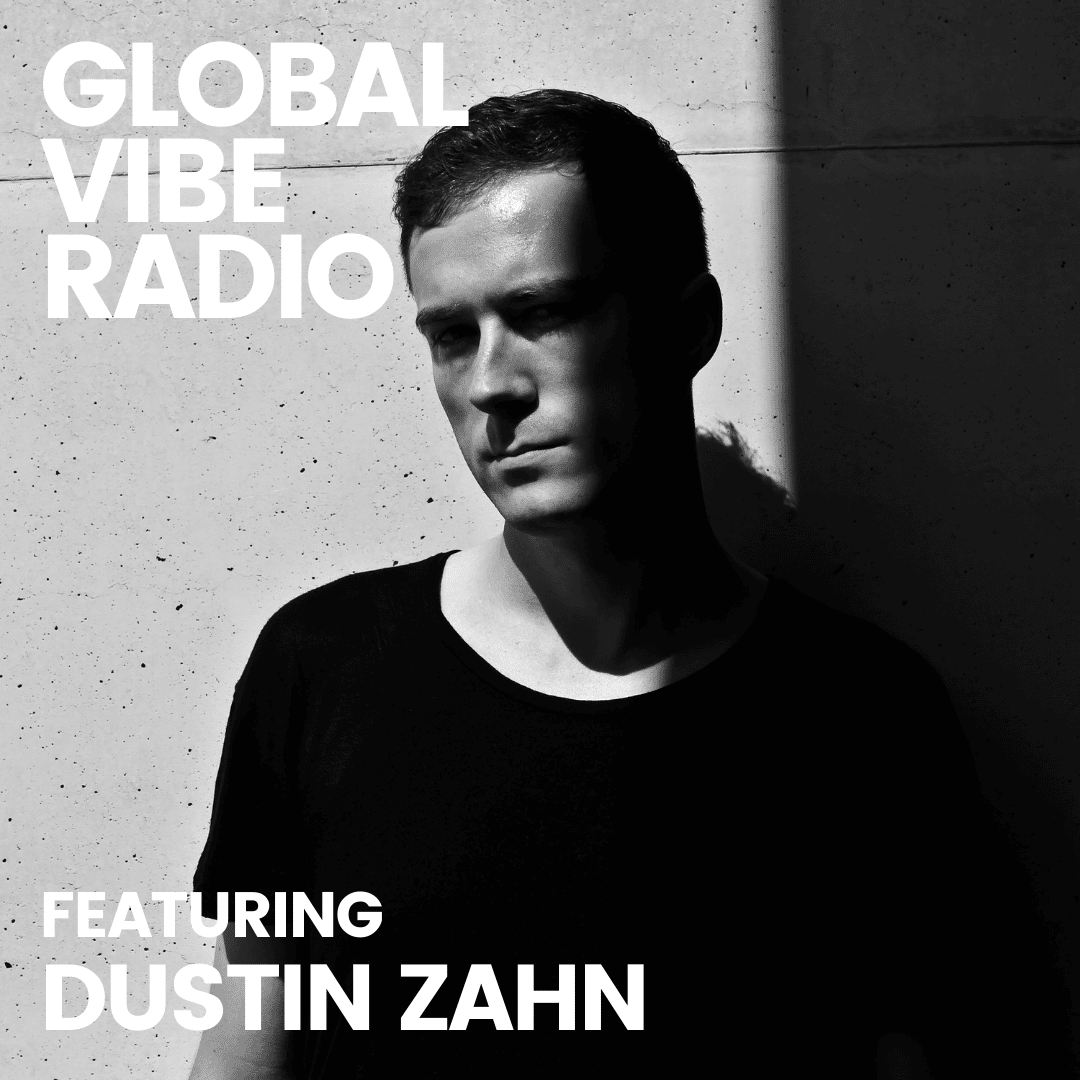 This week’s episode of Global Vibe Radio features techno DJ and producer Dustin Zahn, one of the Midwest’s most respected and liked artists… and that’s saying a lot given the great company he is in. Dustin Zahn is the owner and operator of Enemy Records, founded in 2004. The label focuses on artists and the same dark and hypnotic techno listeners will identify within Dustin’s own productions and sets. After a small hiatus of unreleased music, Dustin is back with new music and this incredibly new mix.

Originally from the United States but now based in Berlin, Zahn delivers a euphoric and hypnotic hour of dark and mystical elements. The story behind Dustin Zahn is not a particularly unique or exciting one. There are no breakthrough moments or mentors who have taken him under their wing. But since 1998, his work has put his career on a slow and steady ascent. Along the way, Dustin has gained over 10 years of experience and unrivaled musical diversity as both a producer and a performer. This alone has earned him respect among techno and house legends, purists, and contemporary DJs.

He now performs regularly around the world at some of the most reputable clubs and festivals along with some dodgy, sleazy warehouses and beach parties in-between. His DJ sets are much like his releases. “I like it dark enough for the boys, but groovy enough for the girls.” With a preference for marathon sets and his laid-back approach to life and music, he seamlessly traverses through various genres which creates a unique, hypnotic vibe that isn’t found among most DJs. As a producer, his releases on labels such as Drumcode, Rekids, and CLR have brought him international success.

While Dustin’s original productions are something of the rare and special sort, it’s his remixes that have helped catapult him into the collections of DJs everywhere. As a remixer, he has done work for the likes of Adam Beyer, Chris Liebing, Green Velvet, Dubfire, Nic Fanciluli, Mark Broom, Joel Mull, and many other high profile acts. Despite his busy release schedule, he still finds time to own and operate Enemy Records. Founded in 2004, Enemy focuses on the same late-night hypnotic techno that you’ll often find in his DJ sets.

Dustin Zahn’s latest album ‘Gain of Function‘ was released in late November 2021 via Rekids, and is available here.