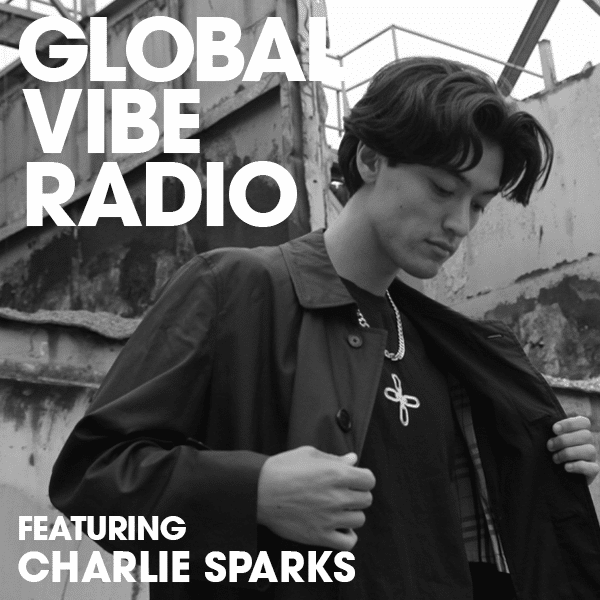 Today we welcome Charlie Sparks to the Global Vibe Radio family, a London-based DJ/Producer whose sound is heavily influenced by old school techno, psytrance and the pummeling sound of European techno

Charlie Sparks is all about energy. Known for emitting an intense gripping aura by seemingly blending Acid, Industrial, Rave, and Psytrance-like grooves, as his releases on EXHALE, 999999999‘s NineTimesNine imprint and Possession perfectly encapsulate.

By carefully utilizing every aspect of each Charlie is able to create the relentless momentum found in both his productions and performances. His unique hazardous identity has quickly spread and gained acknowledgment from artists such as Amelie Lens, 99999999, and many other heavyweights in the game.

It all started during his architecture studies where he delved into the dark, hard-hitting style of techno and quickly came to realize the huge connection between both creative fields. Just like architecture, every aspect of his music is specifically designed to generate certain emotions and control the atmosphere to captivate the listener. As a result, Charlie has been able to design his energy-filled, rhythmic pounding trademark sound which electrifies dancefloors across the world.

Next up in terms of release, Charlie will be joining the next Possession V/A In October with track ‘Exploited’