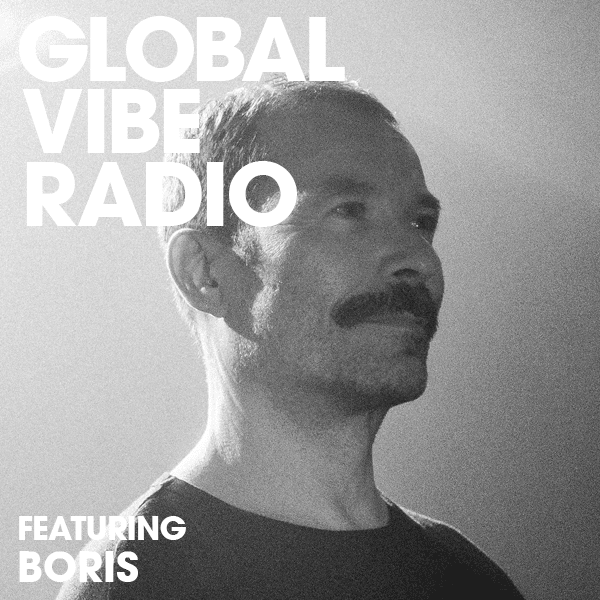 Berlin’s Boris Dolinski, the famed Ostgut Ton artist that has played Berghain more than any other DJ in the last 12 years, delivers this week’s Global Vibe Radio mix.

Last May, 30D Records offered its unique streaming showcase, recorded live in LAUT Barcelona. Traveling from Berlin for this special occasion, Boris offered one of his acclaimed sets, always unpredictable, inspiring, full of energy and plenty of unexpected tracks. On July 17th, Boris will release an exclusive cassette with 30D Records, an ambient mix limited to 25 copies.

Boris is kind of a charismatic, multifunctional weapon in the Berlin club life. His musical roots reach back to the mid-80s, when he lived in New York for four years where he absorbed the unique spirit of the seminal club Paradise Garage weekend after weekend. From the Club’s mentor Larry Levan Boris learned to believe in his musical intuition as well as a broad musical spectrum, which nowadays ranges from Disco, Hi-NRG, Post-Punk and (Kraut-) Rock to House and Techno, all of which Boris loves to throw into one set. “Music was most important for Levan. He was uncompromising and he knew how to convey it. That’s what I’m trying to achieve, too, when I’m djing.”

Many years later, Boris became a resident at Panorama Bar’s first incarnation in Berlin, where he was able to build a loyal following by playing long sets lasting until noon. “The crowd is always a lot more receptive for music at the end than at the beginning. That’s when I rather have the opportunity to present unusual stuff and that’s when I’m able to let my feelings run freely.”

After the old OstGut/Panorama Bar closed in 2003, Boris played in almost every club in Berlin, but when the follow up club Berghain opened its doors in 2004, he quickly focused on playing out here again. From 2005 till 2010 he had another musical platform, as he was taking care of the label Careless Records as an A&R. As a DJ, he is not exactly keen on refining a certain genre, but rather to push music with a certain twist.

The label was founded and is managed by 30drop. Currently, Angel Molina is developing the role of A&R and Label Manager. At the same time both of them, are part of the label as artists and are in charge to develop the sound that defines it as an avant-garde electronic music label.

Taking Science Fiction as its inspiration, 30D Records seeks to delve into syncopated rhythms and the deepest textures and atmospheres hidden inside the mathematics of the universe to channel them through Electronic Music. A particular sound that resonates through the bond between Detroit Techno and the darkest European Techno, yet always with the goal of going one step beyond in evolving the style, creating timeless music that is a far cry from fashions and trends.