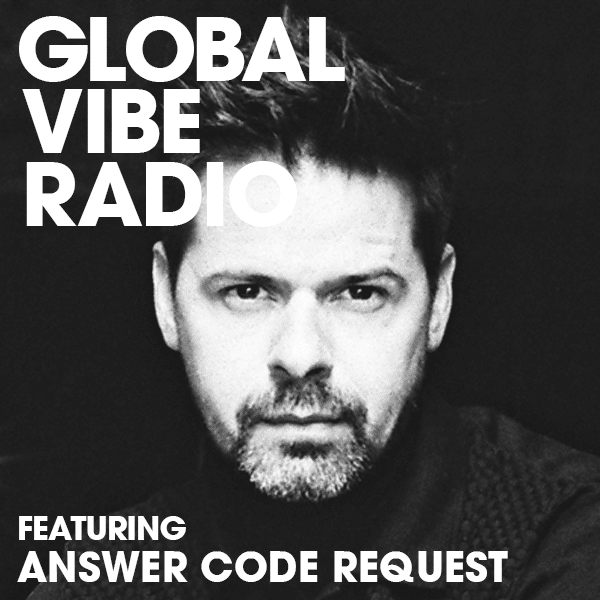 It’s our honor to present to you the 250th edition of Global Vibe Radio, featuring one of our absolute favorite techno producers/DJs for this milestone occasion: Answer Code Request.

Both as a DJ and a producer, Patrick Gräser aka Answer Code Request has honed a hybrid musical approach that stands out in a world of uniform 4/4 techno. Melding pad-driven harmonies, intricate breaks and an industrial sonic palette, Gräser has occupied a unique space within the Ostgut Ton cosmos since debuting on the label in 2012 and becoming a Berghain resident shortly thereafter. His various releases and remixes for Ostgut Ton, MDR, Dolly Deluxe and Monkeytown Records continue to be highly sought after. As a DJ, he has taken his bass- and breaks-heavy techno to clubs and festivals around the globe, while remaining an integral part of the Berlin scene.

Born and raised in the East German town of Fürstenwalde, Gräser was 9 years old when the Berlin Wall fell – an event that marked the end of his musical education via the East German youth radio DT64 and the beginning of his fascination with hip-hop, acid and early UK hardcore. As a teenager, he shared the same passion for electronic music as fellow Fürstenwalde natives Marcel Dettmann and Marcel Fengler, eventually venturing out into Berlin’s post-reunification club landscape, which at the time was dominated by an anarchic, DIY-party approach and dance music which had yet to solidify into rigid categories.

In the 90s he spent his days training to become a carpenter in a forest workshop near his hometown; weeknights were spent listening and mixing the cross-genre selection of records bought at Hard Wax and Delirium on the weekend. Unsurprisingly, it’s this broad musical spectrum – from jungle, drum ‘n’ bass, Detroit and IDM to UK bass – that led Gräser to develop his characteristic sound on his very first releases via Music Man and his own synonymous ACR imprint.

On his celebrated debut LP Code (Ostgut Ton, 2014), Gräser actively sought to push the boundaries of techno. His follow up LP Gens, released on Ostgut Ton in February 2018, exudes a similarly experimental approach, albeit with darker results. Ultimately, Gräser’s musical vision is one that spans styles and decades of dance music without sounding retrospective or all over the map.